Schumer: Coronavirus relief bill could bring $6B to New York 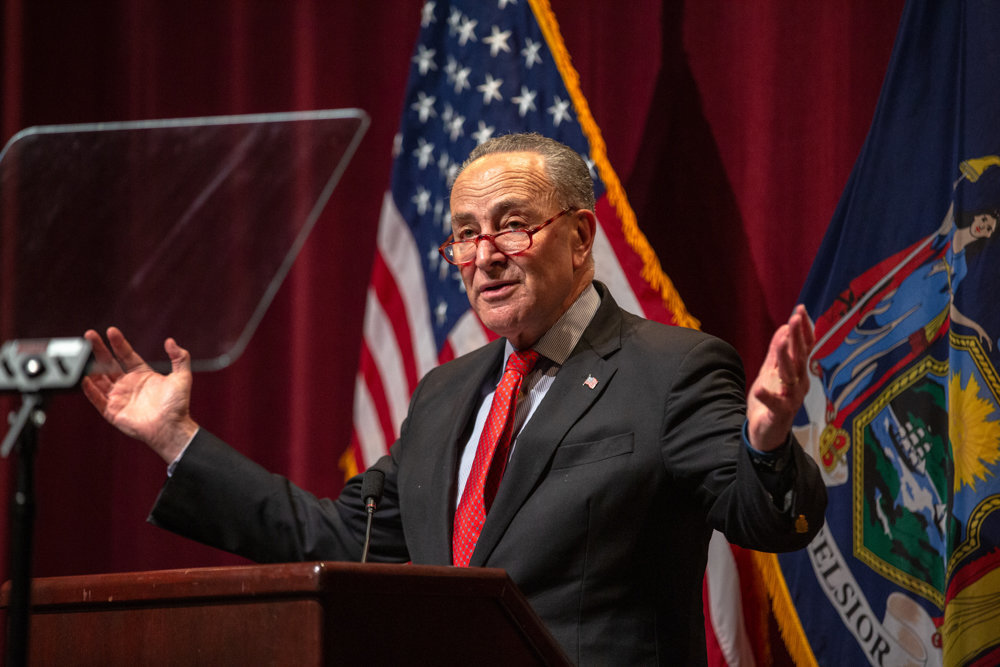 U.S. Sen. Chuck Schumer has championed a coronavirus relief bill that could bring $6 billion in aid to New York state, including $1 billion to New York City alone. The bill was sent to President Trump's desk on Wednesday, and he's expected to sign.
EIAN KANTOR / File

The first major bill designed to combat the economic effects of the coronavirus was signed by President Trump Wednesday after the U.S. Senate approved the legislation first passed by the House last week.

U.S. Sen. Charles Schumer said the $104 billion bill would bring $6 billion directly to New York, including a little more than $1 billion specifically to New York City. It is expected to provide not only billions of dollars in additional unemployment benefits, but also free coronavirus testing, paid emergency leave and help provide meals and other critical supplies for homebound senior citizens.

"Upon the president's signataure of this bipartisan legislation, 6 billion in emergency dollars will begin to flow to New York — places like Long Island and New York City — and not soon enough," Schumer said, in a release, ahead of Trump's signature. "Because this state is now the national epicenter in the coronavirus fight, this bill will help ensure New York has the tools, the dollars, and the federal resources to go at the virus with full force."

The news comes as the number of confirmed cases of the virus that causes COVID-19 topped 2,300 in New York, and Mayor Bill de Blasio considers pushing for a full-city shutdown.

A good portion of the funds are designed to enhnce the state's Medicaid program, which will have the federal government carry more of the funding burden versus the state. Right now, Washington and Albany split the costs of Medicaid, but under this bill, the state's contribution would drop to just under 44 percent. That is expected to save New York $6 billion long-term, Schumer said.

Because many are expected to lose pay, or even their jobs, the bill would earmark $1 billion to the state for unemployment benefits, waiving some standard requirements like work searches and waiting periods.

Another $15 million would go toward helping homebound seniors, supplementing millions of dollars already advanced to deliver resources to local food banks and pantries.

This story was updated to include news that President Trump had signed the relief bill into law.