Science students ready to fight a return to school 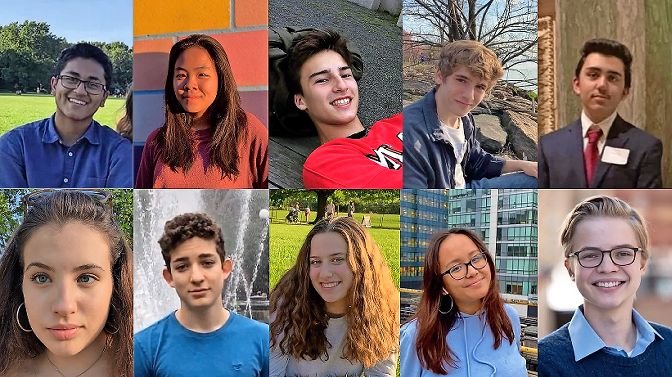 Ayanava Ganguly (top, far left) and Emma Nguyen (top, second from left) are two of the Bronx Science students who authored a letter to Gov. Andrew Cuomo, asking him to make all city high schools go remote for the beginning of the academic year. Both are incoming seniors at Bronx Science, a school with nearly 3,000 students.
Courtesy of Ayanava Ganguly 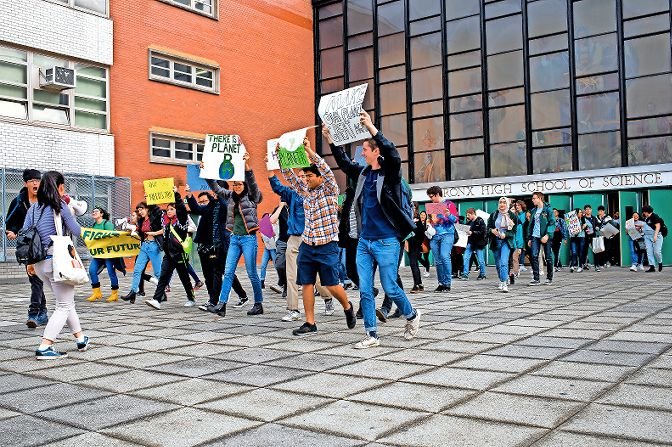 Students from the Bronx High School of Science are not strangers to making themselves heard. This time, instead of participating in a climate strike, they and their peers across the city penned a letter to Gov. Andrew Cuomo, asking him to keep city high schools virtual, at least for the beginning of the academic year.
JULIUS CONSTANTINE MOTAL / File 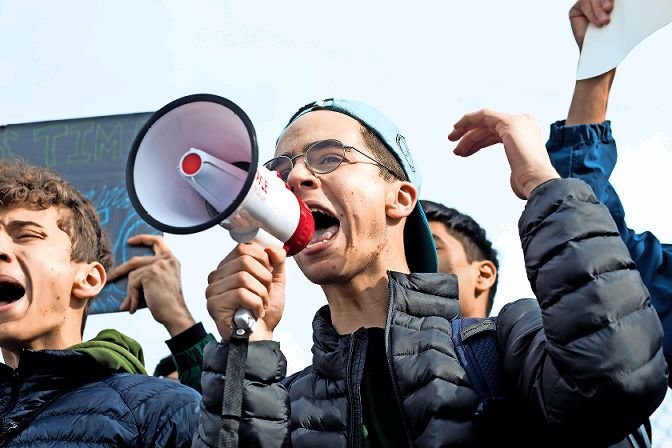 Students across the city are making their voices heard with a letter to Gov. Andrew Cuomo, asking him to have all city high schools begin their academic year with remote classes. The letter’s co-signatories represent schools from all five boroughs, whose student bodies number more than 40,000.
JULIUS CONSTANTINE MOTAL / File 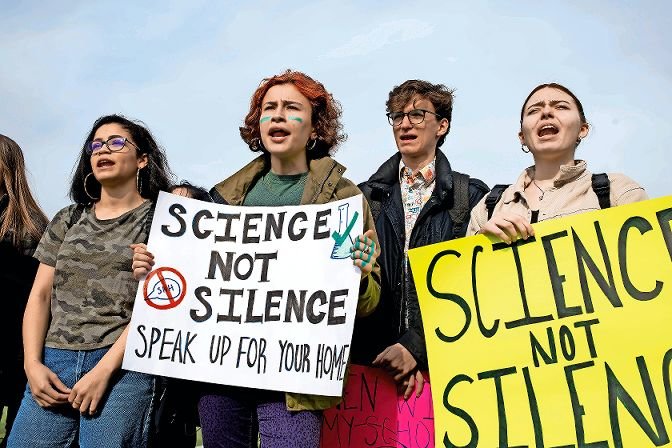 As schools look to reopen next month, parents are concerned about the safety of their children. But some of the city’s high school students are standing up for their own safety, writing a letter to Gov. Andrew Cuomo, asking for completely remote classes for the beginning of the academic year.
JULIUS CONSTANTINE MOTAL / File
Previous Next
By ROSE BRENNAN

The Bronx High School of Science has more students than some New York towns have people. And that comes with the territory of being one of the most prestigious public high schools in the city.

But sustaining a student population of nearly 3,000 doesn’t exactly go hand-in-hand with a pandemic which mandates social distancing — especially when the city discouraged gathering in groups larger than five just a few months ago. Now, some of Bronx Science’s students think going back to school next month isn’t the best idea.

In fact, some of them even think in-person classes shouldn’t be considered — at least for high school students.

Emma Nguyen, an incoming senior at Bronx Science, believes there are several obstacles in the way of returning to school safely. Many Bronx Science students use public transportation to get to school, which she believes puts them at risk for exposure to the COVID-19 virus.

“My personal commute is an hour and a half to the school,” Nguyen said. “And then if health is this big thing on everyone’s mind, then how quality of an education am I going to get after taking this one-and-a-half-hour commute to school?”

Nguyen believes since Bronx Science will operate at a fraction of its capacity in-person, the reopening plan should include a detailed description of what blended learning should look like. But when she looked at the education department’s reopening plan, the blended learning details wasn’t nearly as extensive as she thought it should be.

Even if Bronx Science plans to operate at a lesser in-person capacity, those plans might still present problems due to the school’s size. If Bronx Science were to operate at one-third capacity each day, it would still mean about 1,000 students would be in the building at a time.

When she heard of Bronx Science’s plans to reopen for at least some in-person learning in the fall, Nguyen and a few friends banded together to appeal to Gov. Andrew Cuomo, asking him to consider completely remote classes for city high school students. Little did she know, elsewhere in the school, others were planning on doing the same thing. United by a common interest, the groups merged and drafted the final letter to the governor.

The group also reached out to high-population city high schools in similar situations so they could sign onto the letter. The 26 co-signatories represent high schools from all five boroughs, and their combined student bodies number more than 41,000.

Ayanava Ganguly, another incoming senior at Bronx Science and one of the letter’s authors, thinks high schools going remote — at least for the time being — could actually benefit the community. The way he sees it, if students learn from home, the empty buildings could be used by others who can’t rely on remote learning, such as younger students and students with disabilities.

“Those buildings have more space (and) can offer more social distancing,” Ganguly said. “For them, classroom learning is extremely important because their parents need to go to work. They need (social interaction) for their cognitive development.”

While Nguyen is having trouble believing her fellow students will follow physical distancing measures and properly wear personal protective equipment, Ganguly worries about his teachers.

“My concern is that teachers, who are going to have to come in almost every day to teach each cycle of students, will be much more at risk,” he said. “I do not want there to be any sort of students who feel that they are to blame for their teacher’s illness.”

Ganguly’s concern for his teachers isn’t unfounded. In fact, educators across the country are also apprehensive about their imminent return to school. The United Federation of Teachers — a union representing some 75,000 public school teachers in the city —protested New York’s proposed reopening plans earlier this month. And now, just weeks before schools are set to reopen, the UFT still feels the city is unprepared.

Lydia Howrilka, a history teacher at Clara Barton High School in Brooklyn, is a founding member and one of the leaders of UFT’s Solidarity caucus. She is worried schools are reopening too soon, and it might have dire consequences for her students and colleagues.

According to Howrilka, many of Clara Barton’s students come from neighborhoods like Canarsie and East New York, which have higher positive coronavirus test rates than most other city neighborhoods. But because the city’s overall positive test rate is well below the 3 percent threshold set by the state, those neighborhoods’ higher rates might not be considered during the reopening process.

While Howrilka considers herself low-risk for the coronavirus’ adverse effects, she lives with her elderly mother, whose risk is much higher. One of Howrilka’s main anxieties about going back to school is not contracting the virus herself, but potentially passing it on — whether to her mother, or to students who are either high-risk themselves or live with someone who is.

“A lot more students live in multi-generational homes, and some of them may live with essential workers,” Howrilka said. “I’m really concerned that the kids that’ll be taking the subways and the buses into school, they may … catch the coronavirus and spread it to a family member.”

Since the onset of the coronavirus pandemic in March, many across the country have yearned for a sense of normalcy. And while students and teachers want to get “back to normal,” they’re wary of doing so, especially when many buildings and reopening plans might not be prepared for necessary modifications once students return.

“We’re very happy to work in a way that is safe for students and their families,” Howrilka said. “But … a lot of our bathrooms don’t even have running warm water and soap and paper towels and hand sanitizer. It’s a lose-lose situation.”