Shuttered businesses feeling way to a 'new normal' in reopening 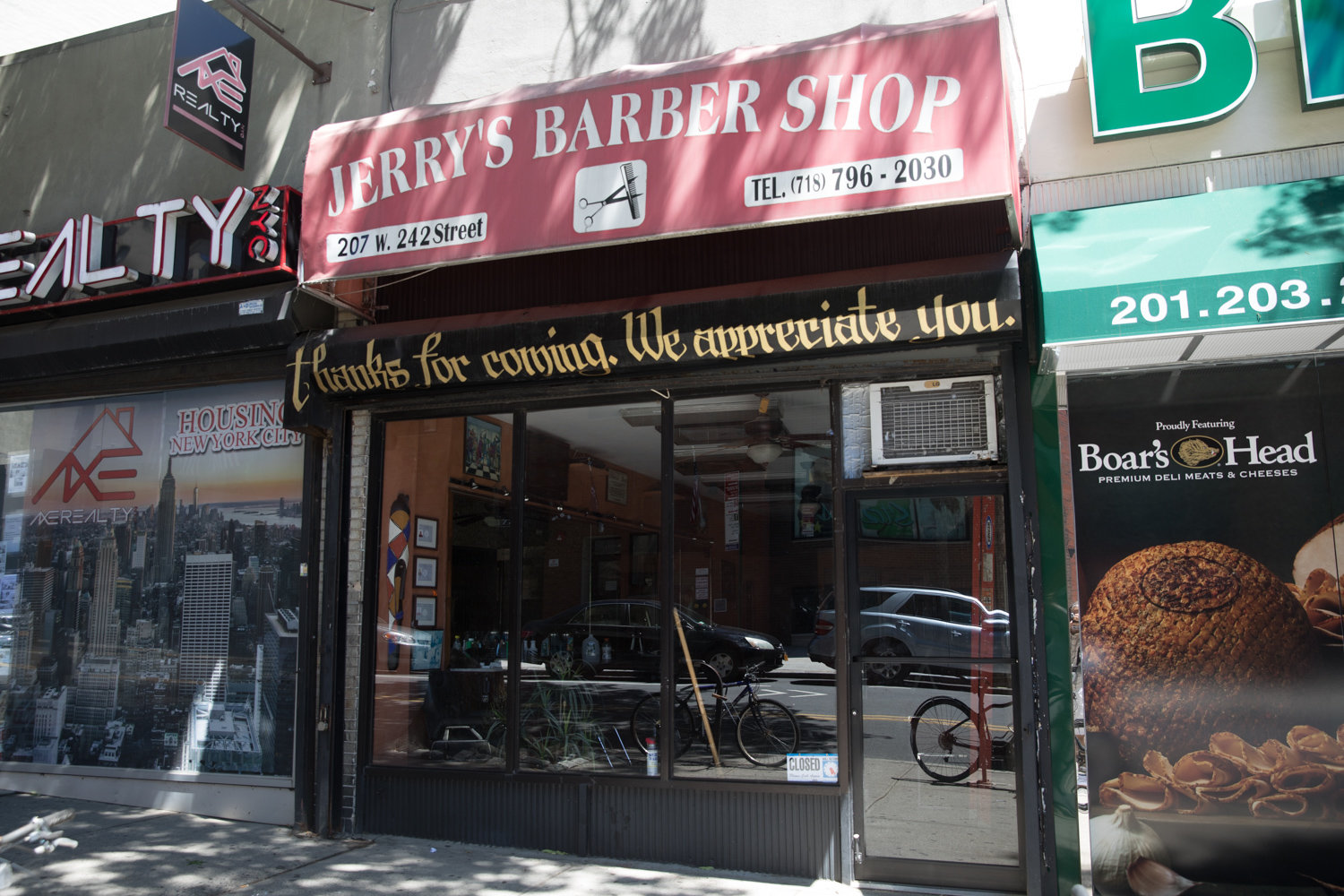 Like many salons and barber shops, Jerry’s Barber Shop on West 242nd Street has suffered from a lack of business due to the coronavirus pandemic, but with reopening already under way, things could return to some kind of normal.
JULIUS CONSTANTINE MOTAL 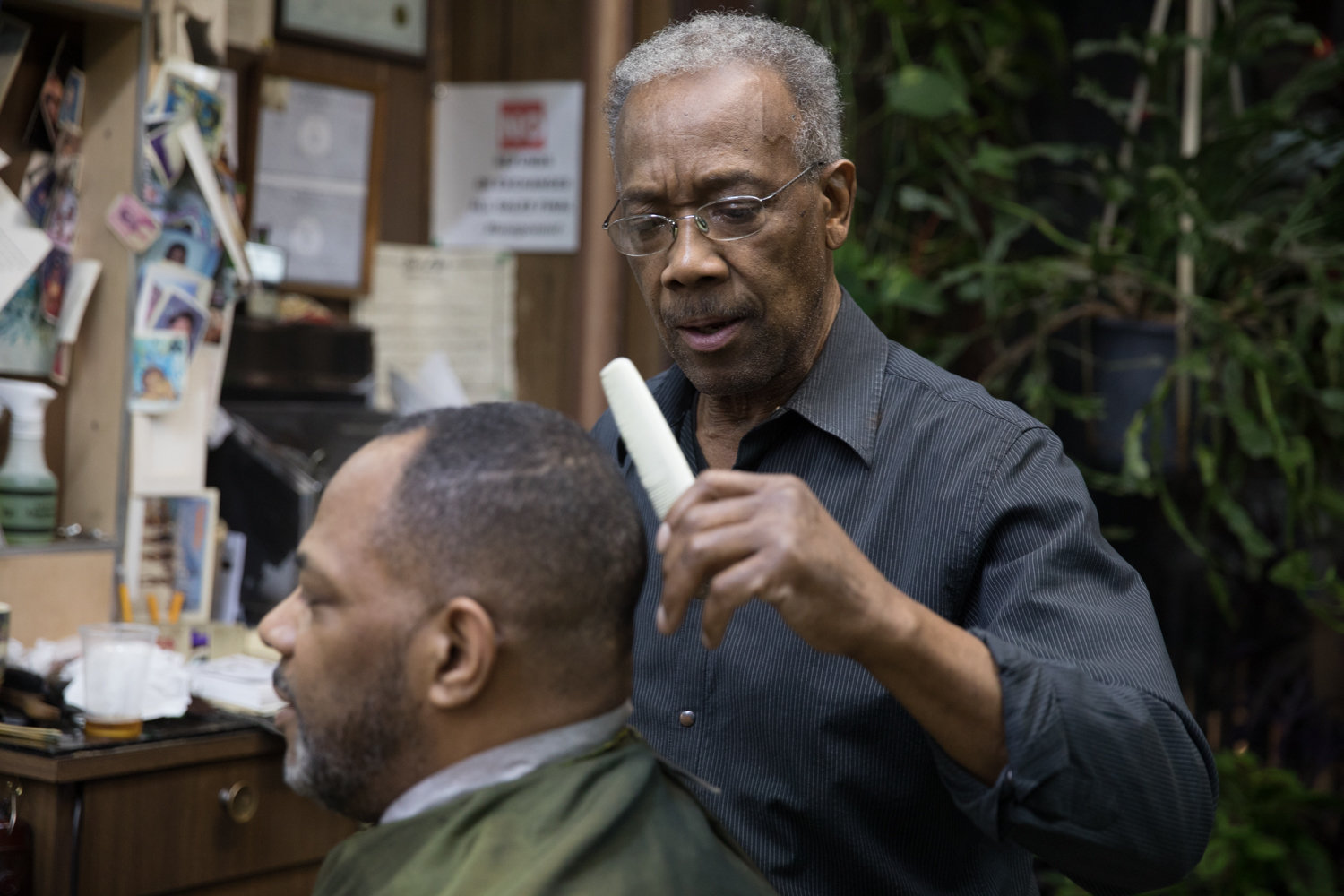 Roosevelt Spivey, owner of Marble Hill’s International Unisex Salon, had to deal with the prospect of a sharp rent hike and the immediate downturn in business with a temporary closure due to the coronavirus pandemic. While reopening has already started, Spivey and other small business owners will have to figure out how they can survive in these new circumstances.
JULIUS CONSTANTINE MOTAL / File 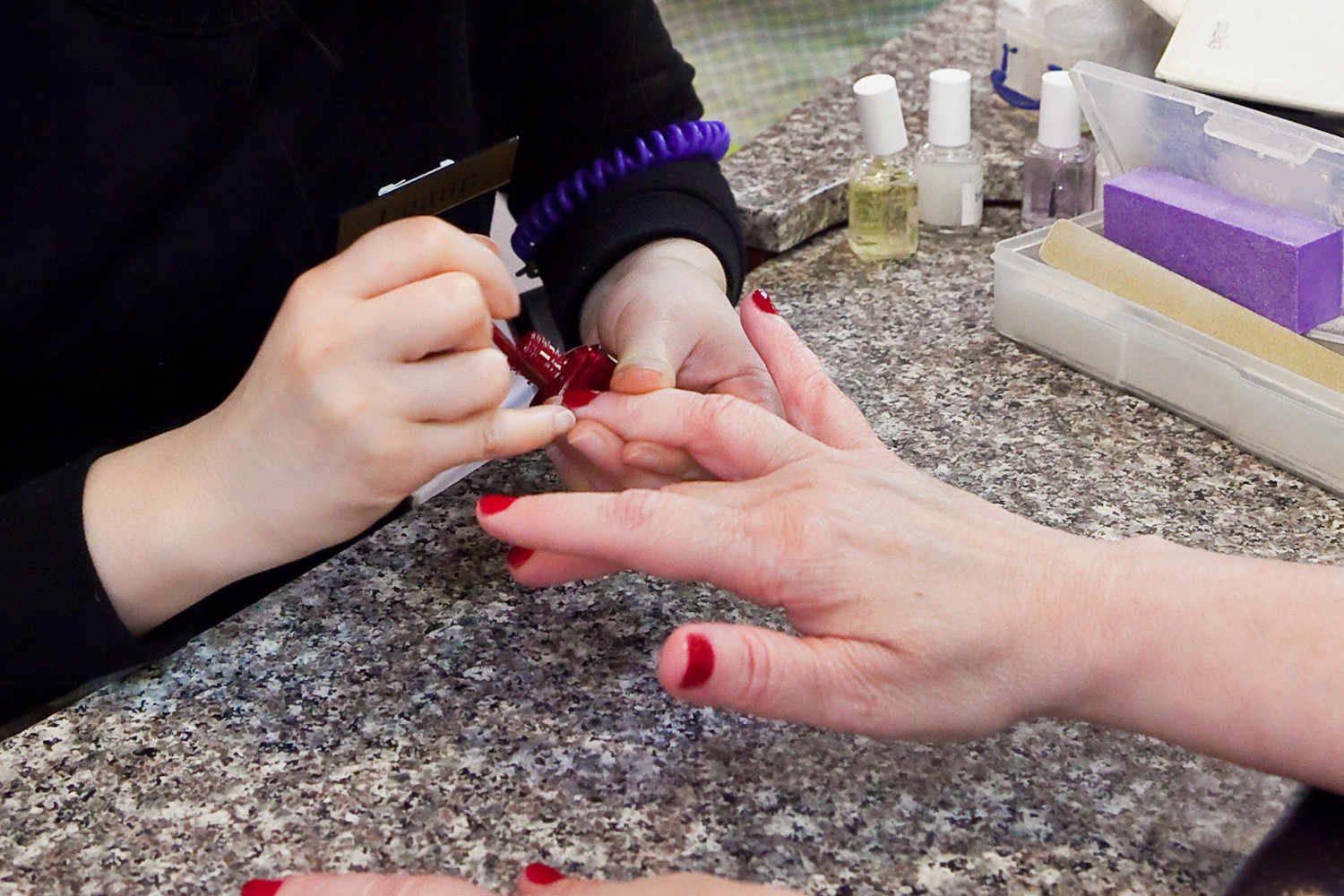 Nail salons are among the many small businesses slated to resume business during the city’s reopening process, but it’s unclear what these businesses will have to do to abide by new guidelines.
MARISOL DÍAZ / File 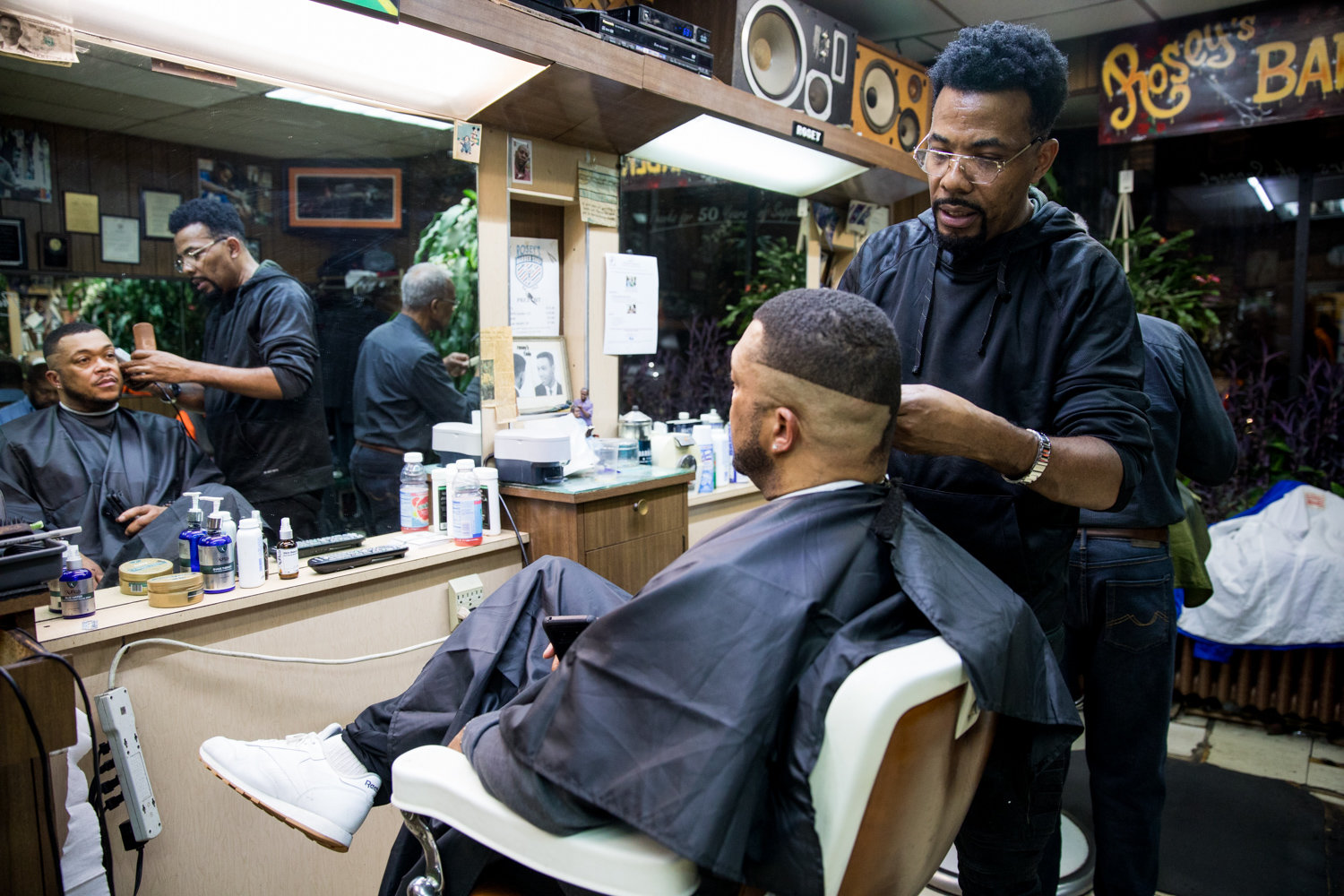 It may soon be possible to get a haircut again at places like Marble Hill’s International Unisex Salon once the city’s reopening plan allows for that, but there might be new provisions in place in light of the fact that there is still a pandemic.
JULIUS CONSTANTINE MOTAL / File
Previous Next
By ANTHONY CAPOTE

Roosevelt Spivey hasn’t been to work in more than three months. The barber was forced to close his doors March 22 after Gov. Andrew Cuomo issued statewide stay-at-home orders as a result of the COVID-19 pandemic.

The 58-year-long owner of Marble Hill’s International Unisex Salon on West 228th Street spent most of that time at his home in New Jersey. In fact, like thousands of business owners, Spivey couldn’t return to check on his shop for most of that time. It wasn’t until this past Monday he finally made it into the Bronx to pick up three months’ worth of mail.

Spivey is one of the millions of Americans out of work since the coronavirus pandemic forced a near-complete shutdown of the national economy. But weeks later, he’s finally scheduled to return to work, that is if New York City moves forward in the second phase of reopening next week. But unlike the owners of essential businesses — who’ve already negotiated the tricky politics of changing the workplace to conform to social distancing guidelines — barbers, nail salon workers and tattoo artists must learn how to work within the “new normal,” and stay above water.

“Oh, it is definitely going to affect the amount of money we can take in,” Spivey said. “I don’t know to what extent right now until I get in there and start working, but I know it will affect how much we can make.”

While the first phase has managed to go off without a hitch, Lisa Sorin from the advisory board of New York Forward — the state’s organization rolling out the reopening — said the next steps in the process will have far more impediments.

“I think the bigger complication for Phase II is making sure everyone understands the importance of” personal protective equipment, Sorin said.

It’s an issue that concerns Sorin, especially after a visit to the neighborhood around the Bronx Chamber of Commerce’s headquarters in Morris Park.

“We did a walkthrough of the chamber with our local councilman and the new commissioner of Small Business Services,” said Sorin, who is also the Bronx chamber’s president. “We saw them bring their stuff to the sidewalk, which is cool because you get to shop without even going inside. But you had a lot of people who didn’t have their mask on.”

For Sorin, it is vital for consumers to remember just because the state has started to reopen, it doesn’t mean the threat of spreading the coronavirus is gone.

For business owners, she added, it is about adjusting to a new definition of the services they provide.

Barbershops, for example, will no longer take walk-ins, according to guidelines from New York Forward. What’s more, the total number of people — including workers and customers — inside a barbershop at any given time cannot exceed half of the building’s maximum occupancy.

But that distinction will mean more to some than others. Spivey, for example, has enough space in his shop to keep both barber’s chairs six feet apart, so he won’t have an issue maintaining social distance.

But he also depends on a lot of walk-in business, thanks to his long-standing role in the Marble Hill community.

On a normal day, the bench where his customers wait is packed with folks — many who aren’t even getting their haircut. Instead, they come into the shop just to shoot the breeze, Spivey said.

Something that’s going to change, whether anyone likes it or not.

“But a lot of folks in the community are excited about getting in there, and they can’t really imagine the shop not being there.”

But then again, New York City is behind the rest of the state when it comes to reopening. Because of that, there’s a lot the city can learn from what other regions are doing, Sorin said. In fact, one of her friends ventured into Westchester County — which is in the second phase of reopening — to find an open hair salon there.

“I don’t know if it’s the same for guys, but going to a salon is supposed to be a sort of escape to pamper yourself,” Sorin said. “Now it’s very uncomfortable. You have to do it and just try to get through it.”

What’s more, city officials have promised random inspections of personal service businesses like hair salons over the next few weeks, Sorin said, ensuring those businesses are complying with the new guidelines. While those inspections will not result in fines at first, after a few months, violating reopening laws could force some to fork over cash as a penance.

“The city cannot even think about fining businesses who are just starting out,” Sorin said, “but there is also a safety concern.”

The goal Sorin has set for herself, though, is to make sure the Bronx Chamber helps as many businesses get back on their feet as possible.

“If we need to, we will stand in your business, we’ll walk you through what you should and shouldn’t be doing,” Sorin said.

“This borough has been knocked right off its feet, and the only way we will be able to come back is to do it safely.”