Since COVID, cafe grounds self into its community 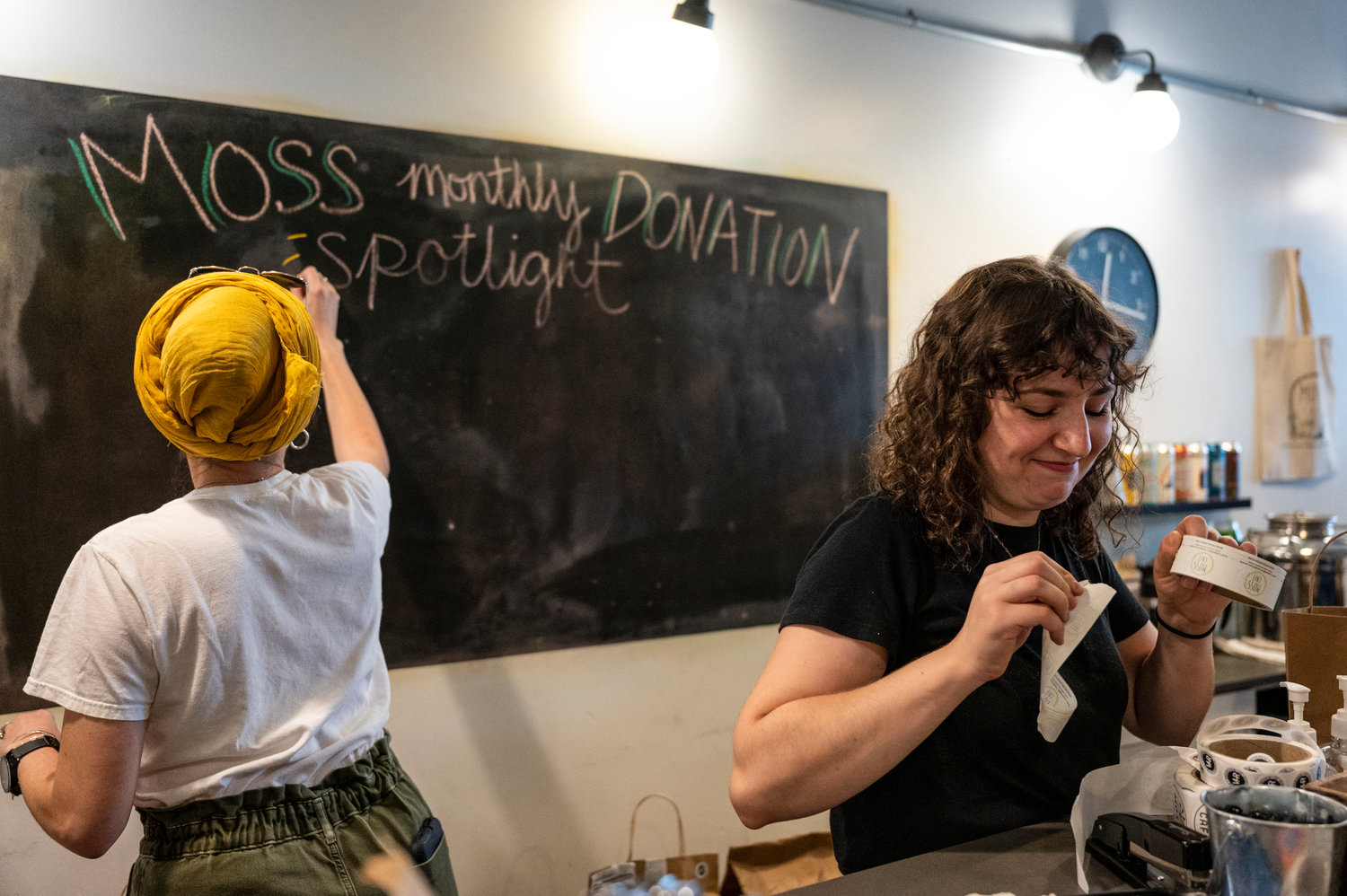 Tess Watts became Moss Café’s first community outreach director last April. She believes that being grounded in community is integral to the Johnson Avenue eatery’s operations, spearheading partnerships with organizations both local to the greater Riverdale area, and across the city.
HIRAM ALEJANDRO DURÁN 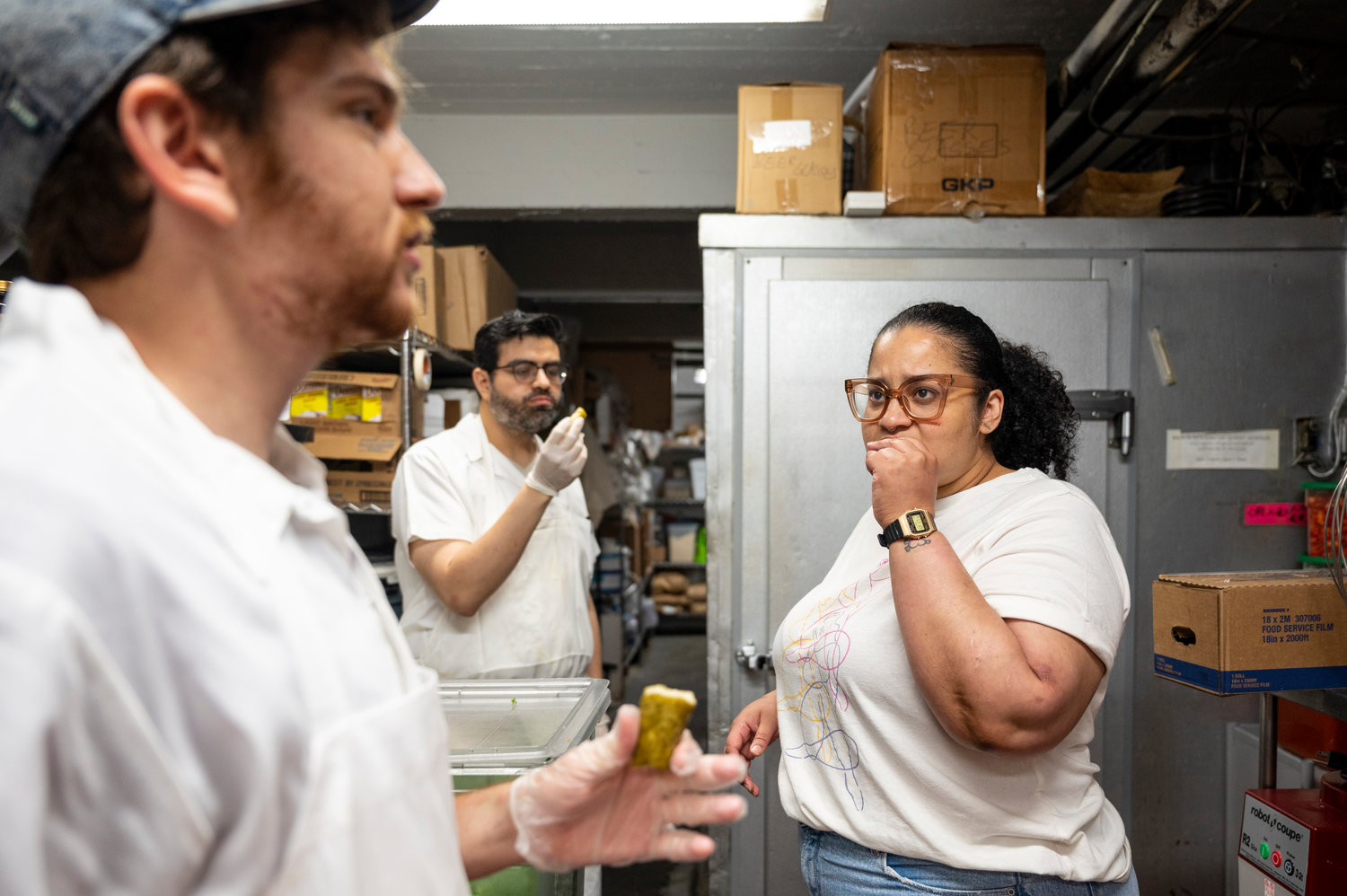 Preparing meals for its postpartum meal sponsorship as well as the Moms Feed the Bronx organization, Moss Café on Johnson Avenue has taken steps to become more grounded in its community.
HIRAM ALEJANDRO DURÃN
Previous Next
By MAYA MITRASINOVIC

For many, Moss Café is known as the neighborhood’s lively, farm-to-table eatery. In recent months, however, the Johnson Avenue establishment has taken on a bigger role — one as a community partner.

“I think community has always been at the center of what we do,” said Tess Watts, Moss Café’s community outreach director. “It’s definitely the reason we’re successful. The reason that we are still here — especially post-pandemic — is because of our community. So it’s always been a value that we’ve upheld.”

Throughout the years, Moss connected with local organizations whenever possible. However, when the coronavirus pandemic struck, café owner Emily Weisberg realized it was time to take a bigger step into the community.

“I think that every restaurant owner, and everybody involved in the hospitality industry throughout COVID and the tragedies … during this time, felt that we need to do better,” she said. “We need to do more. It’s hard to be at the helm of a business that is within an industry that is so problematic. And so how do we turn hospitality businesses into doers of good?

“I think that that ultimately has always been one of our goals, and we just decided to go full throttle with it.”

Last April, Weisberg elevated Watts to the newly created community outreach role. She’d worked at Moss Café since 2017, experienced in social justice work which well-positioned her to expand the café’s role in the community. So far, Watts has seen her role as extending and growing the restaurant’s relationships with community organizations and non-profits throughout the city.

Watts has taken up a few key projects since. Some of the partnerships she spearheaded are more about integrating community-mindedness into the daily operations of Moss Café’. For example, Moss has partnered with the Kingsbridge Heights Community Center to purchase honey and produce from its on-site bee farm. The eatery also has partnered with the Earth ministry at the Episcopal Church of the Mediator in Kingsbridge, which collects the restaurant’s compost.

“I think we’ve integrated being a community partner and community-minded entity into our daily operations,” Watts said.

However, some of Watts’ initiatives go beyond Moss Café’s daily operations. One effort is Moms Feed the Bronx, which works with street-level mutual aid food outlets like the Friendly Fridge. The café also works with the Birthing Place and Ashe Birthing Services to provide postpartum meals to new moms in need across the Bronx.

Watts’ most recent project, however, is the café’s monthly donation spotlight. Here Moss encourages customers to donate to a featured community organization. In June, that partnership was with Project Eats. In July, it was the Riverdale Neighborhood House.

Project Eats turns under-used lots into places to grow produce. What stood out to Watts is that they integrate economic justice into their framework, hiring community members to work at the local farms they establish, selling produce at prices that are affordable to the communities in which they are located.

“For us, being a restaurant that values local produce and sustainability and also food justice, that was a really deep tie between us,” Watts said. “They really integrated justice into the work they’re doing.”

Neighborhood House recently started a farm and food hub through a community garden. This past summer, Neighborhood House’s teen interns sold food at a weekly market. Moss helped by providing certain items to the market wholesale, allowing the market to reap the benefits through retail mark-ups.

Both Watts and Weisberg agree Moss Café is first and foremost a restaurant, and it’s important the eatery not lose sight of its identity. Being involved with the community as a welcoming space, however, is of utmost importance for Moss.

“Food has a really particularly powerful way of bringing together lots of people,” Weisberg said. “I think that Riverdale is a really unique and diverse community, and it’s hard to find places in this neighborhood that really are for everyone. So how do we create spaces that are going to be available to everybody in the community and sort of bring people together who otherwise wouldn’t find themselves in the same space as all that often?”