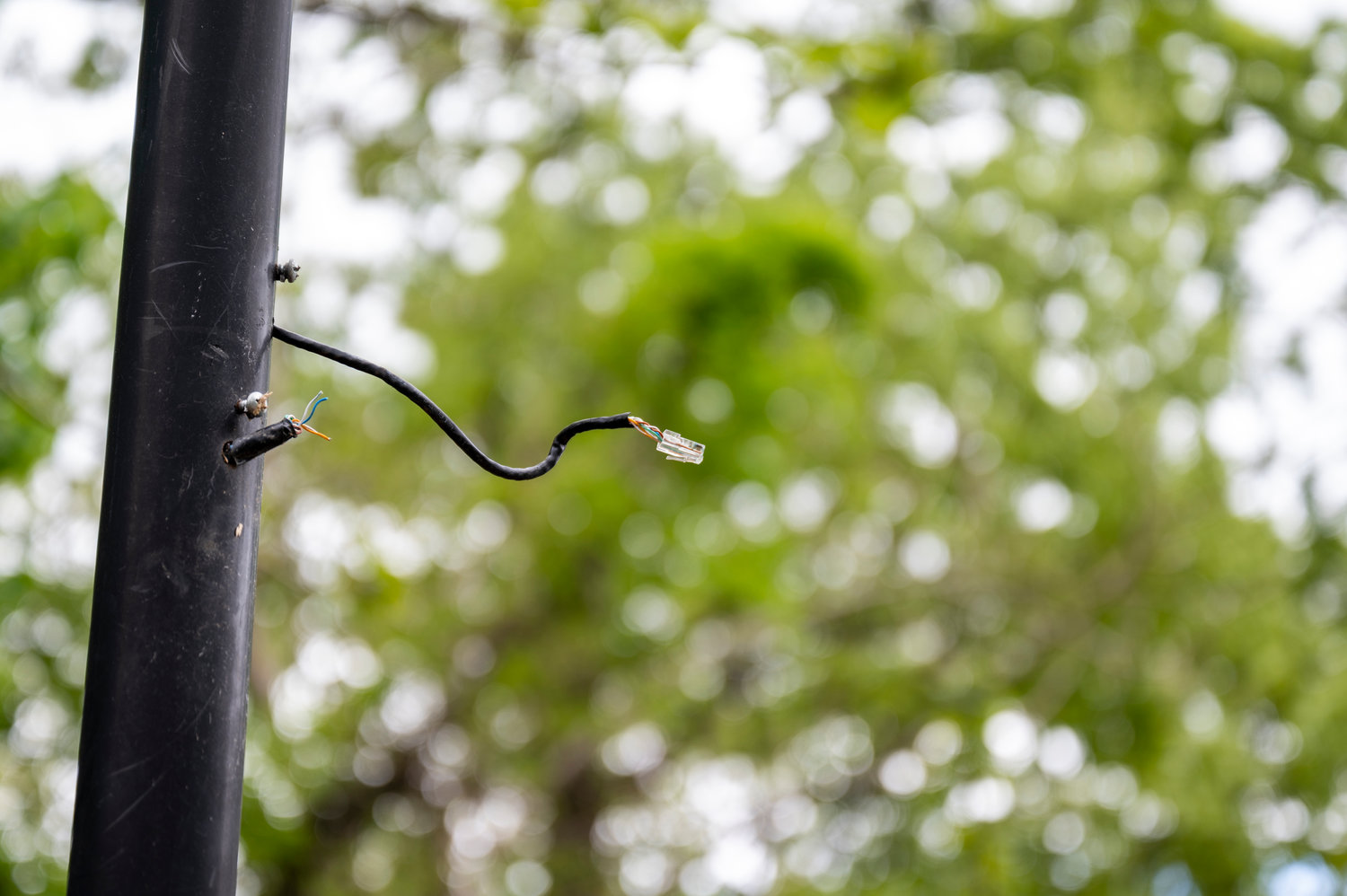 Half of the purpose of a security camera is to deter crime. The other half? Actually catching the criminal in the act.

But what happens when the thief steals the security camera itself?

This is a question security at Skyview-on-the-Hudson has had to deal with for the second time in recent memory. The latest camera theft took place sometime between June 5 and June 14 at the Arlington Avenue residential complex.

The incident unfolded similarly to what happened in May, according to the 50th Precinct. The perp somehow removed the camera from the pole it was mounted on.

Skyview security valued the camera at $5,000.

Fortunately, investigators have some solid leads in this case as the incident was caught on another security camera. Police say they’re looking for a light skin tone man with his long brown hair in a ponytail.

FedEx and UPS deliver packages around the world, sometimes faster than we could ever imagine. But delivering to their own employees? That’s a different story.

At least it was on June 15, when a UPS worker was waiting for a package containing what she described as a pair of Dior shoes near the 3900 block of Blackstone Avenue.

If the package did make it to her door, she couldn’t find it. The empty-handed victim told police she thinks UPS is responsible for losing her cargo, however, which she valued at $1,200.

All might not be lost: Detectives are eyeing camera footage  they think may help.

Blink and your wallet’s gone

It’s always a good idea to make sure you lock up your valuables while working out at the gym. One unlucky gym rat could’ve used this advice June 15 when his wallet went missing during — you guessed it — a workout.

It all happened around 8 p.m., at the Blink Fitness location at 5520 Broadway. The man put his wallet down near an exercise machine, but then moved to another one, forgetting he had left his wallet behind.

By the time he realized he forgot his wallet, it was gone.

The wallet contained a Citibank debit card, a Capital One credit card, $2,000 cash, and a picture of the man’s kids.

Blink has cameras at the gym, so detectives continue to investigate.