Should MTA get $20B in federal aid, accessibility may happen a lot sooner 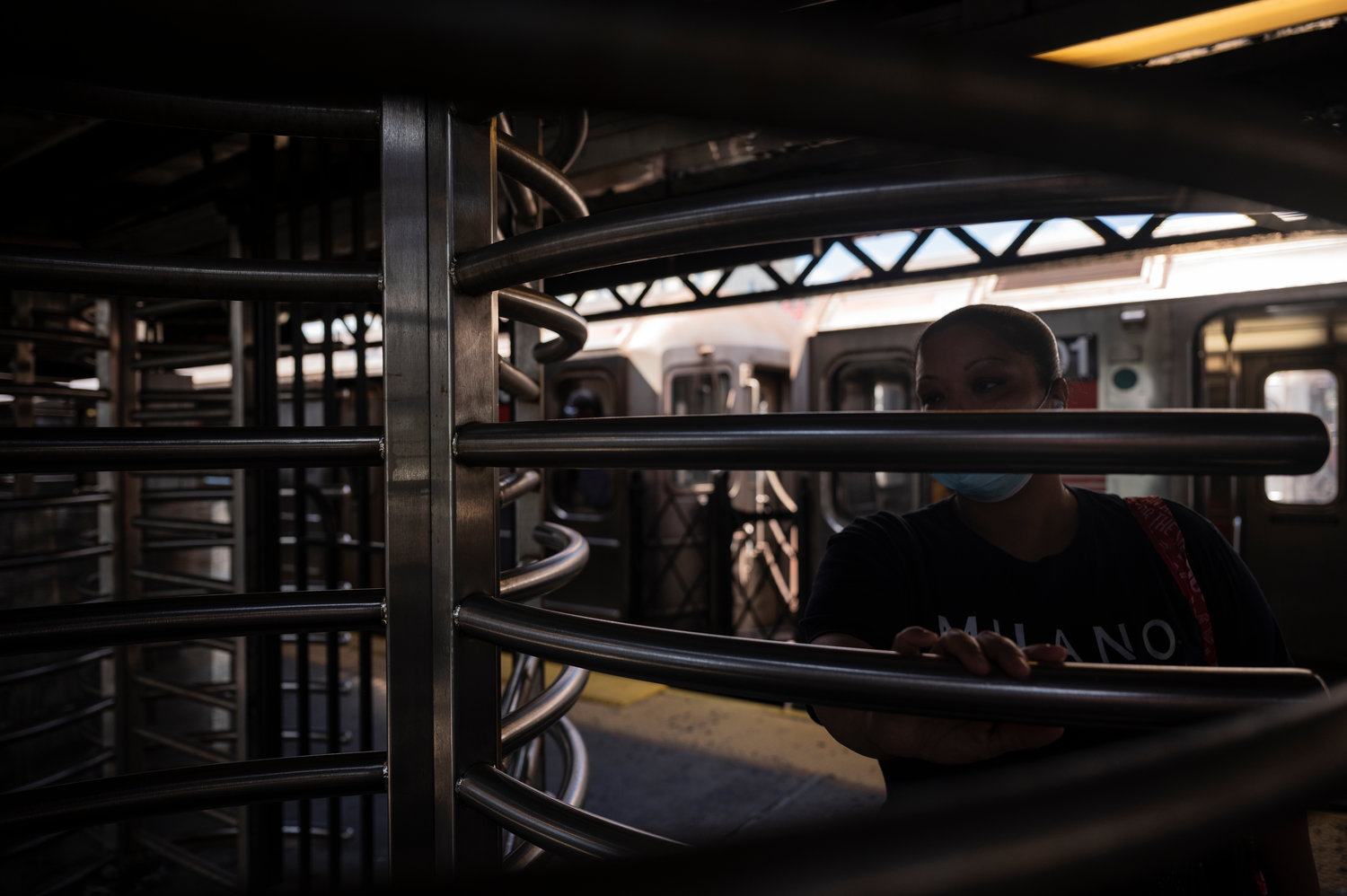 As of right now, the West 231st Street subway station is the only handicap-accessible station on the Bronx stretch of the 1 train line — and one of only 14 in all of the Bronx. But more stations could get elevators and other accessibility improvements sooner than expected, if the Metropolitan Transportation Authority receives the funding it and other transit groups are asking for.
HIRAM ALEJANDRO DURÁN 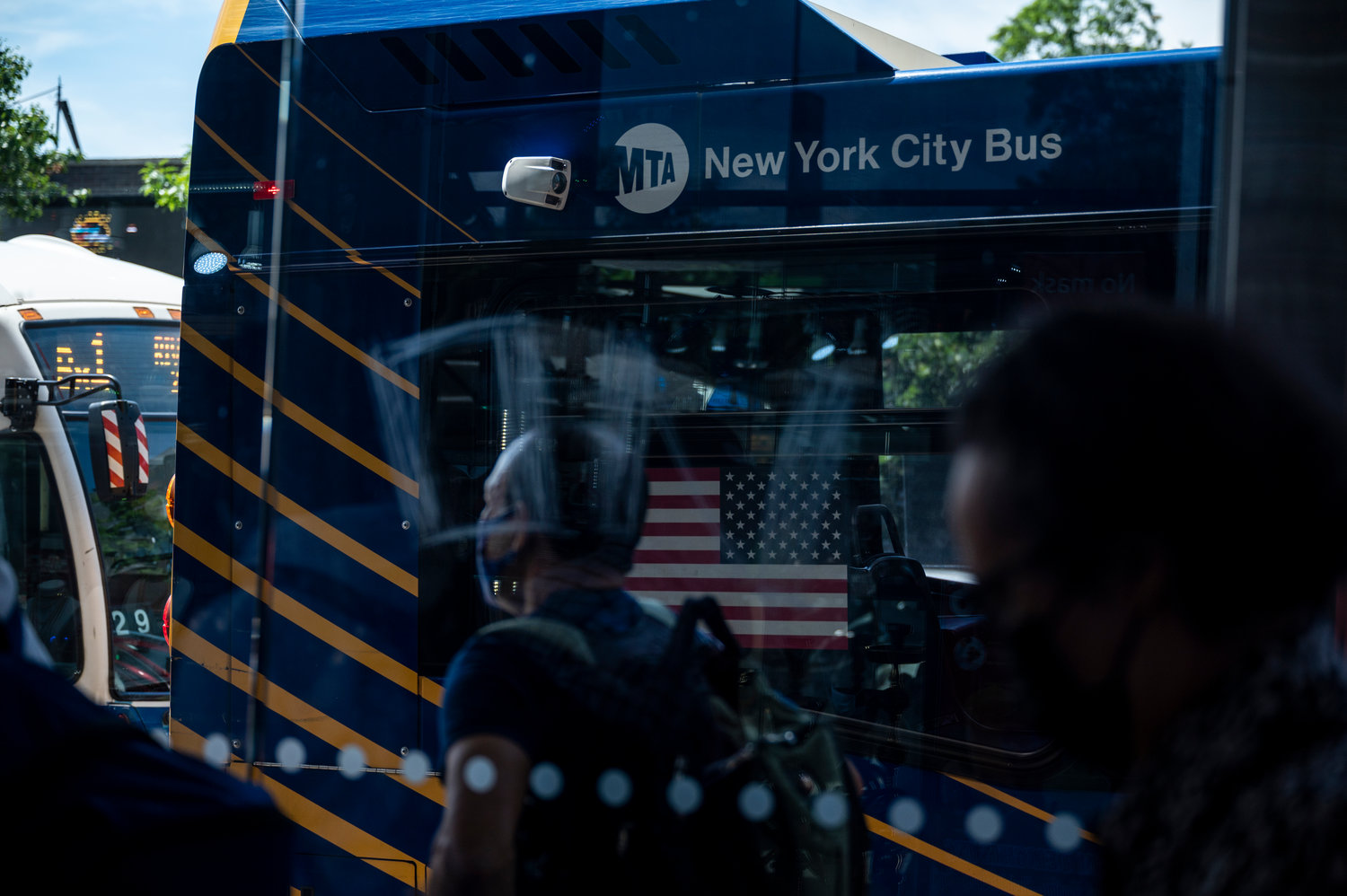 Infrastructure talks are heating up on the federal level. And when it comes to public transit, many local public transportation advocates think the Metropolitan Transportation Authority needs money from the federal government — to the tune of $20 billion over several years.
HIRAM ALEJANDRO DURÁN 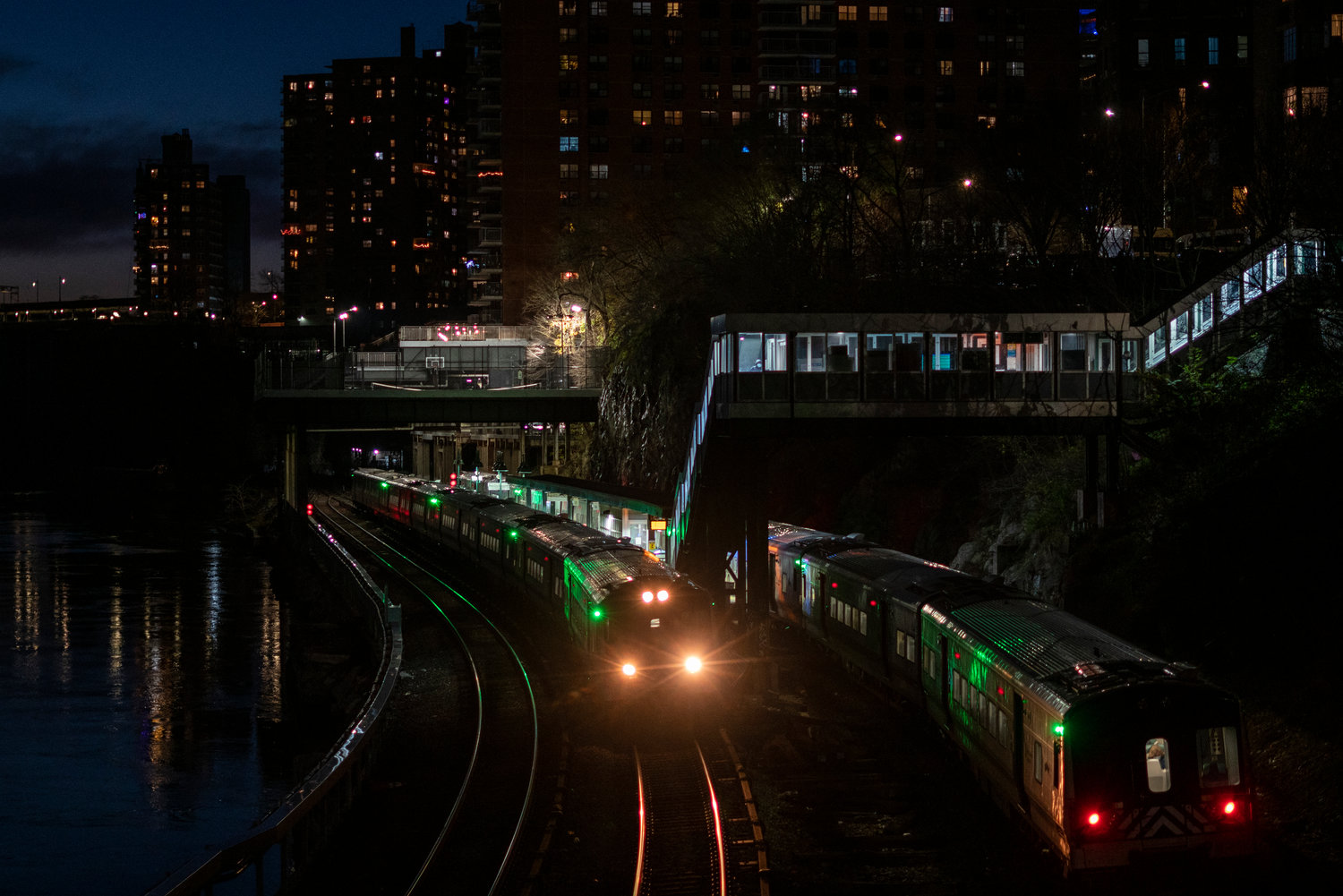 Prior to the coronavirus pandemic, the Metropolitan Transportation Authority was on track to make all of its subway stations accessible to those with mobility issues by 2034. Although the pandemic hit the authority hard, it still might actually be able to do that earlier than expected. That is if it receives enough infrastructure funding from the federal government.
HIRAM ALEJANDRO DURÁN/ File
Previous Next
By ROSE BRENNAN

It’s no mean feat to recover from being $12 billion in the hole. But as the Metropolitan Transportation Authority’s operations slowly return to normal, some already have their sights set on improvements the organization could make.

The MTA’s revenue was hit particularly hard during the coronavirus pandemic as ridership on buses, subways and commuter trains plummeted due to stay-at-home orders. For many months, bus riders didn’t need to pay a fare. And it was just last month the city’s subway system returned to round-the-clock service after shutting down overnights on a regular basis for the first time in more than a century.

But even with the MTA’s immediate financial needs — some of which were addressed when President Joe Biden signed the American Rescue Plan into law — some believe the city’s public transit system needs some long-overdue changes. And one of those people represents this area of the Bronx on the national stage.

That man, of course, is U.S. Rep. Jamaal Bowman. He’s had a busy few months as a freshman congressman, caucusing with a group of progressive lawmakers in a group known as “The Squad.” But as Capitol Hill turns its attention to infrastructure, Bowman believes the MTA — and public transit systems across the country — should receive adequate attention from the nation’s lawmakers.

Bowman joined forces with the Riders Alliance and other transit advocacy groups to call for what they believe are much-needed improvements and maintenance spending for the city’s subway system earlier this month at a “transform transit” rally. And having him there was a huge get for Danny Pearlstein, the alliance’s communications officer — especially given the organization’s deep roots in the Bronx.

“The most remarkable thing was that he listened to all of (the activists) speak,” Pearlstein said. “He’s a new congressman, it’s right before an election, he’s made many endorsements. He has a ton to do. And yet, he stood there in the blazing heat for an hour and listened to incredibly impassioned activists from all across the city speak about why we need a renewed federal investment in transit.”

Like Rome, the city’s network of public transportation wasn’t built in a day. And it will likely take many years to implement the demands transit advocates asked for during the transit rally.

For starters, the groups called for enhanced subway accessibility. That not only encompasses physical accessibility — like installing and maintaining more subway station elevators — but financial accessibility as well. Many advocates believe raising the city’s public transit fare even by a quarter could be devastating, especially for low-income riders who rely on public transit to get to and from work every day.

“Congress must transform transit for the Americans who rely on it all across the country — from low-income, rural areas, to Black and brown communities like the Bronx,” said Danna Dennis, a community organizer with the Riders Alliance, at the rally. “Confronting climate change and racial injustice requires a sustained federal partnership with investment in reliable infrastructure, and in affordable transit service.

“Leaders in Washington must deliver for riders, reverse generations of injustice in transportation funding, and secure the future of transit after the pandemic.”

Should the Riders Alliance and similar groups receive what they’re asking for, it could very well impact this part of the Bronx. Like most of the borough, there are options for north-to-south public transit, but fewer from west-to-east. And past West 242nd Street, there is no subway service, leaving the northern area of this part of the Bronx to rely on commuter rails or buses. That is if they don’t want to shell out some cash for an Uber or Lyft.

In addition, this area of the Bronx is home to only one accessible station on the 1 line — at West 231st Street. Riders at other stations like West 242nd and West 238th streets, however, must brave sets of stairs to access the elevated stations.

But unfortunately, that’s largely the case across the entire borough. As of May, the Bronx as a whole is home to only 14 handicap-accessible stations, even though it has nearly 60 total subway stations to its name.

And it’s not just people in wheelchairs who rely on station accessibility. Other populations who might benefit from elevators are senior citizens and people with strollers or delivery carts.

But regardless of why those populations need elevators at subway stations, Access-a-Ride campaign coordinator Eman Rimawi believes improving station accessibility can — and should — be an essential part of the city’s recovery plan.

“As New York City recovers from the COVID-19 pandemic, the economic engine that is the subway system must be fully accessible to all riders,” Rimawi told those attending the rally. “Now is the time for the federal government to support New York City’s recovery by providing funding to the MTA necessary to ensure essential accessibility improvements and maintenance programs can continue.”

Improving station accessibility was at the forefront of the MTA’s “Fast Forward” program, which sought to make all subway stations physically accessible by 2034. But with the potential intervention of federal aid in addition to the money the MTA already has, Pearlstein believes that day could come much sooner than anticipated.

But it’s not without a hefty price tag — to the tune of $20 billion in federal money. Some might balk at such a seemingly large number, but Pearlstein noted that money would be spread out over several years, culminating in an annual price tag of around $2.5 billion.

But $2.5 billion per year is a small price to pay for Pearlstein, especially if it means a plurality of the nation’s transit users can get to where they need to be as painlessly as possible.