Group of musicians band together to bring music to Riverdale area 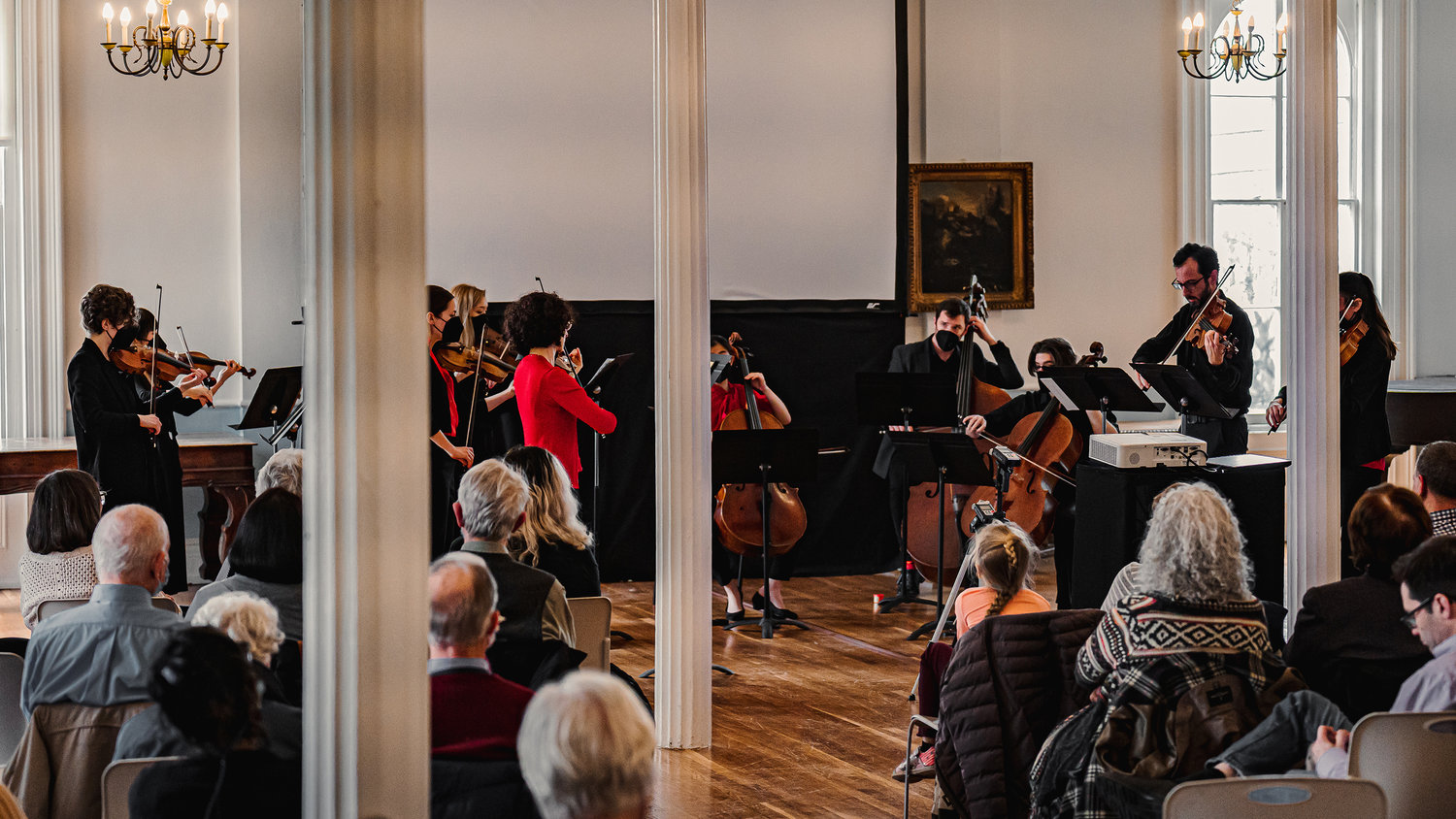 The College of Mount Saint Vincent presented the String Orchestra of New York City (SONYC), founded by Monica Bauchwitz, on Sunday, April 3. The concert was also the inaugural presentation of the new conservatory that the Mount will create with the help of Keith Kreindler, director of the conservatory, into a community music school.
Brandon Vallejo 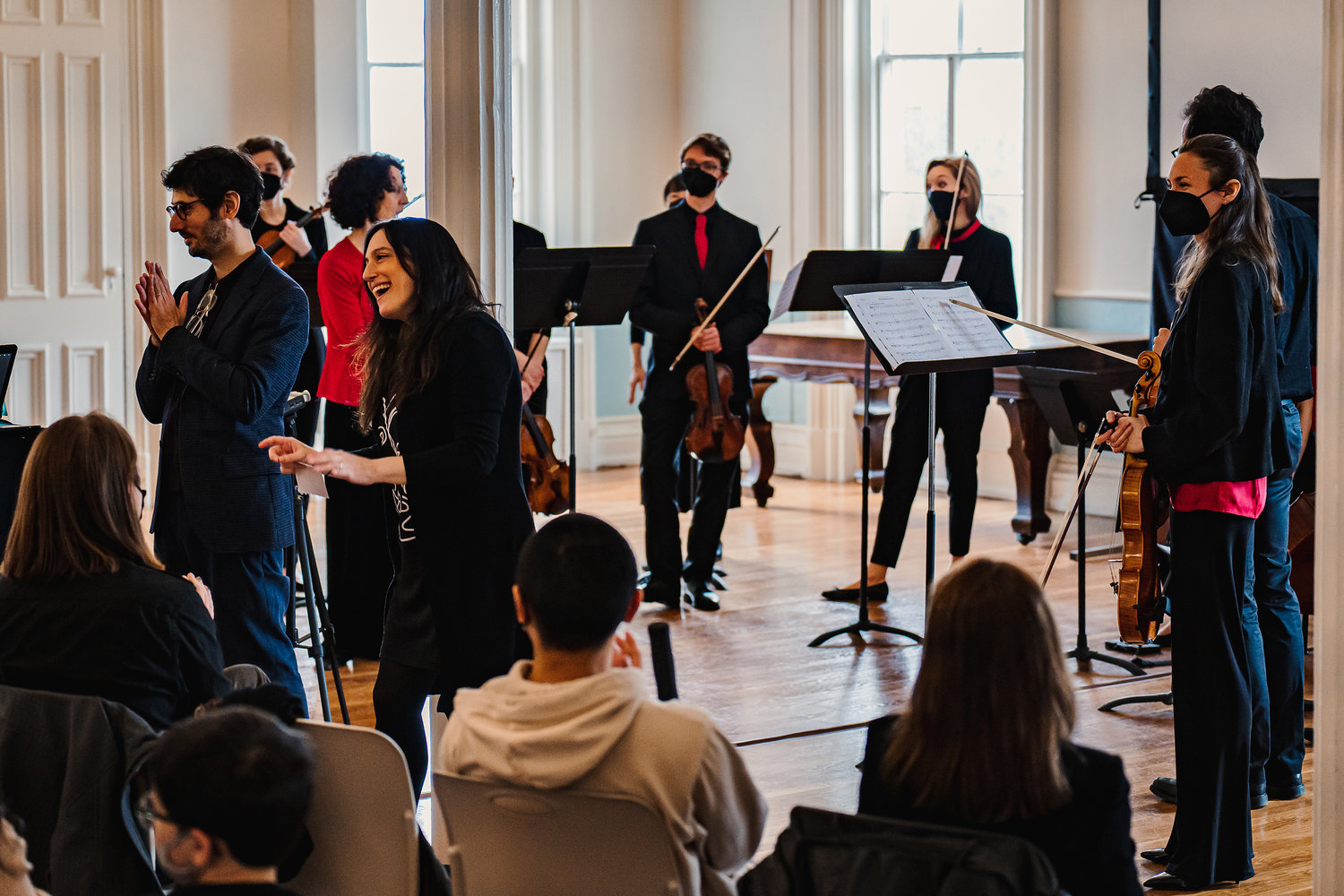 A recent concert by the world-renowned String Orchestra of New York City was a lot more than just a Sunday event at the College of Mount Saint Vincent. It was the premiere of its community conservatory housed in a temporary space on campus.

Led by Conservatory faculty Monica Bauchwitz, the program included compositions by Matt Van Brink and a premiere by William Giegerich – a young musician and composer who attends high school in Riverdale.

Keith Kreindler, director of the new conservatory on the Mount, said his goal is to create a destination for the college art education program in an attempt to gain musical growth.

Hoping to work with the Bronxville-based Concordia Conservatory of Concordia College, the new space at the Mount allows the community to benefit by taking private lessons that teach the musical art basics.

“So, there are really more than 1,000 students involved in the (Concordia Conservatory of Concordia College) conservatory, and long story short, the director of the conservatory got connected with the new president of Mount St. Vincent,” Kreindler said. “They thought about the idea of maybe Concordia conservatory sort of coming under the wing of Mount Saint Vincent (as part of) some kind of partnership.

Giegerich, who has attended Concordia Conservatory most of his life, had the opportunity to premiere two of his compositions at a Mount-hosted concert.

Held in the President’s Reception Room in Founders Hall, the concert was only the beginning of the new program set to open.

“They’re starting to make an effort to go into music and stuff like that,” Giegerich said.

Giegerich studied music with Matt Van Brink since he was in first grade. Van Brink is the head of compositions and songwriting of Concordia Conservatory.

However, the duo began studying compositions together in 2017 when the young musician was only entering junior high school. “Like on paper, I’ve probably (composed music) since I was 12 or so,” Giegerich said with a contemporary voice.”

Rich talent is filled within the conservatory — and many young students do not have opportunities to premiere their work to a large audience.

How did this Riverdale local teenager manage to snag the gig? He reached out to Van Brink about different compositions, which impressed his long-time teacher.

“My job is to amplify whatever the students are interested in, so I asked a lot of questions,” Van Brink said. “In William’s case, he came in with a lot of ideas, so there’s a lot of mentoring, guiding. Sometimes I was very stern. And sometimes I was letting go, typical teacher stuff.”

As Kreindler gathered more individuals to collaborate, he asked Laura Elayne Miller, assistant professor of Studio Art at the Mount, to help out. She brought experimental film showcasing dancers who screened behind the orchestra as a live soundtrack or a score.

“In December, he (Kreindler) was like, we’re doing this inaugural event. And we’re going to premiere this new composition by a local composer, do you want to collab,” Miller said, “And so I dreamt up this experimental film, and then I went ahead and made it.”

Anything experimental in media or art is very technological and dynamic. It is essentially a development in advanced moving images and is now emerging in the field of media arts.

The Mount presented the world-class String Orchestra of New York City in the April 3 concert. The orchestra has a rarity among instrumental ensembles. Monica Bauchwitz is the founder of the over two-decade orchestra — she played the violin.

The Mount is creating a similar model influenced by Concordia’s conservatory. Bronxville is known as one of the wealthiest suburbs and ranked No. 8 in “American’s Richest Places.”

Bauchwitz sees a community that can be served by this program.

“People want to be careful that you’re always trying to meet every kind of community, those who can afford and those who cannot,” Bauchwitz said.

Further down the road — literally speaking — near Concordia, there might be people who were never exposed to a musical program. However, that is the point of creating a community program as well.

When Bauchwitz was a young teen, she went once a week to a string class. As time passed, Bauchwitz had more practice, and throughout that experience, she gained inspiration.

Giegerich grew up within a musical family, so he does not know exactly how it feels not to be a part of music. This is similar to Monica — they both established quick connections as they got older, making it easier to keep hold of a career if that is the plan rather than a hobby.

The conservatory is a way to bring people of all talents together.

Susan Burns, president of the College of Mount Saint Vincent, is a music lover — her children played at her inauguration at the Mount. According to Kreindler and Miller, she would love to introduce the new music curricular program to the college.

“I will not call myself a professor, I would call myself — I teach music,” Kreindler said, “We’re building a program.”