Spite of the Devil: Residents brace for long recovery 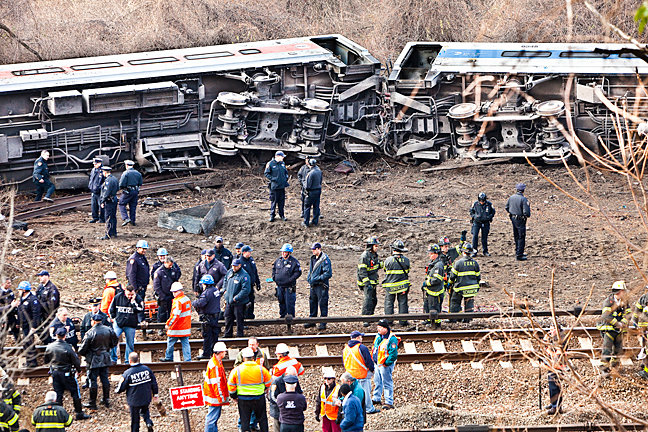 Spuyten Duyvil ('in spite of the devil' in Dutch) garnered its ominous name from the treacherous whirlpools where two rivers meet. But it was a railroad curve bringing disaster on Dec. 1, 2013.
MARISOL DIAZ / File 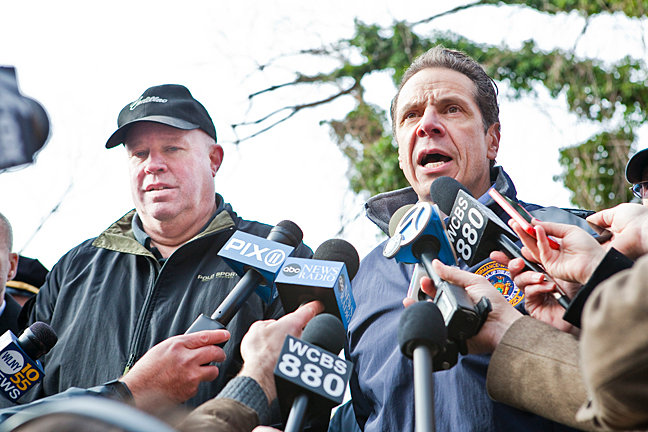 EDITOR'S NOTE: This story was originally published on Dec. 5, 2013, and was reprinted as part of the 70th anniversary of The Riverdale Press.

In the days after the deadly Metro-North train derailment in Spuyten Duyvil, transit officials offered few answers to questions posed by residents.

While many people here are wondering when train service along the Hudson Line will resume, Marjorie Anders — a spokeswoman for the Metro-North Railroad and Metropolitan Transportation Authority — could not say when the agency will restore regular service.

The Sunday morning, seven-car derailment of Commuter Train 8808 that killed four people and injured scores of others, also badly tore up at least two of the three tracks over an undisclosed distance at the accident site, according to the MTA.

Ms. Anders said workers set the train cars back on the rail, and a locomotive towed them to the Highbridge rail yard in the southwest Bronx.

“It will take time for railroad specialists to repair the two tracks, the third rail, and the signal system,” she said. “It’s almost like building a new railroad.”

She could not estimate the financial cost to rebuild the tracks.

However, Gov. Andrew Cuomo said on Tuesday that more than 98 percent of service will be restored to the line this week.

Meanwhile, shuttle buses are transporting passengers between the Yonkers Metro-North station and the West 242nd Street subway station. The MTA said use of the buses was light during rush hour Monday morning, with about 2,300 people using them. However, the agency said ridership on the Metro-North Harlem Line was up between 20 to 25 percent on Monday.

Even with Metro-North service interrupted indefinitely, local commuters appear to be adapting, according to local officials.

On Monday afternoon, George Diaz — the transportation liaison for Councilman G. Oliver Koppell — said constituents have made no complaints regarding the Metro-North service disruption.

The National Transit Safety Board, the federal agency responsible for investigating the cause of the Metro-North crash on Sunday, has impounded the cars damaged in the derailment on the Hudson Line at the Highbridge facility as evidence for its investigation.

Ms. Anders, the MTA spokeswoman, agreed with public statements made by NTSB officials that the Metro-North derailment Sunday was not related to the derailment of a CSX freight train in roughly the same area in July.

“They are nearby, but not the same location,” she said.

The NTSB is still investigating the cause of the July freight train derailment.

The NTSB said on Monday the Metro-North train that crashed was going 82 mph in a 30-mph zone before it derailed. However, until their investigation is complete, the agency’s officials said they could not determine whether the train’s excessive speed was due to human error or equipment failure.

The accident Sunday was the first with passenger fatalities in Metro-North’s 30-year history.