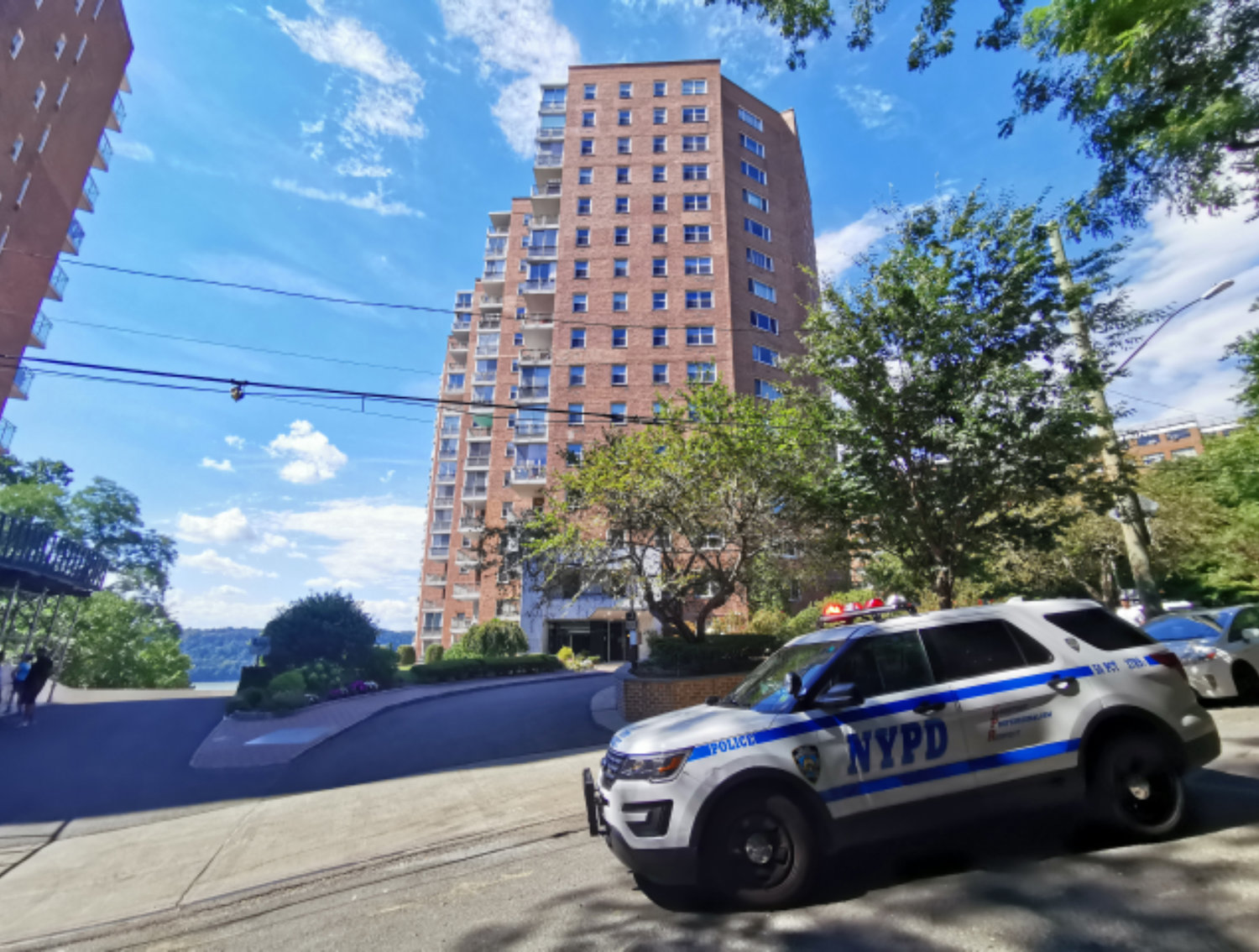 A New York Police Department SUV is parked outside River Terrace Apartments Monday afternoon following the tragic death of Donna Douglas, who was killed by a fallen tree in the residential pool there,
Courtesy of Victor San Andres
By Sachi McClendon

When police arrived at the pool attached to River Terrace Apartments a little after 1:30 pm, officers observed both women were unconscious and unresponsive.

The 59-year-old, later identified as Donna Douglas, was pronounced dead at the scene by EMS. Douglas had been a resident of the 18-story building.

The other was rushed to Allen Pavilion Hospital in critical but stable condition. The New York Police Department has not released the second victim’s name.

According to Gothamist, the police placed a vacate order for the area surrounding the pool and are requesting an inspection of the property.