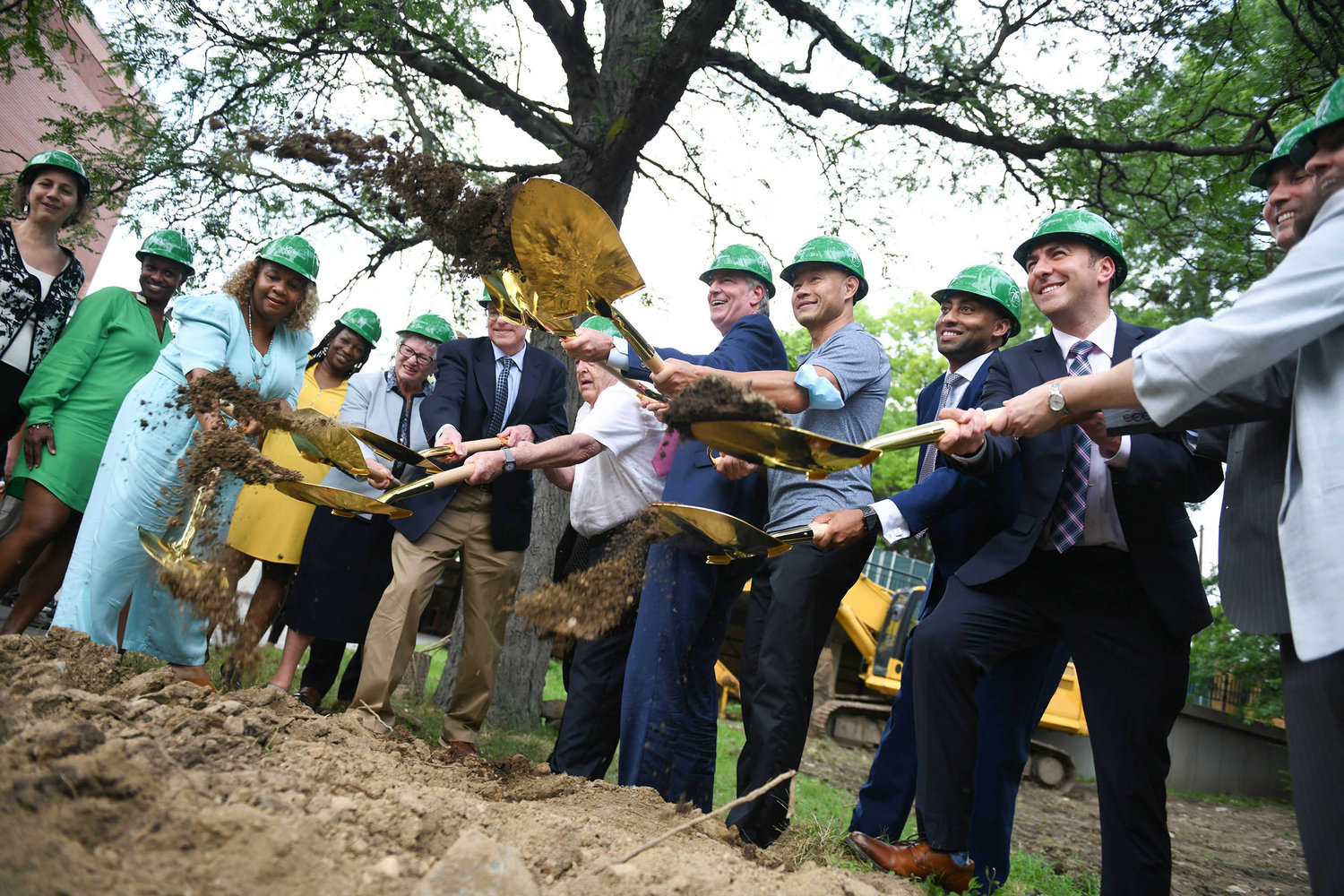 Stanley Manne donated $18 million to build a scientific research facility on the campus of his alma mater, the Bronx High School of Science. Manne joined Mayor Bill de Blasio, Councilman Eric Dinowitz and a number of other officials at a groundbreaking ceremony for the institute last month.
Ed Reed/Mayoral Photography Office 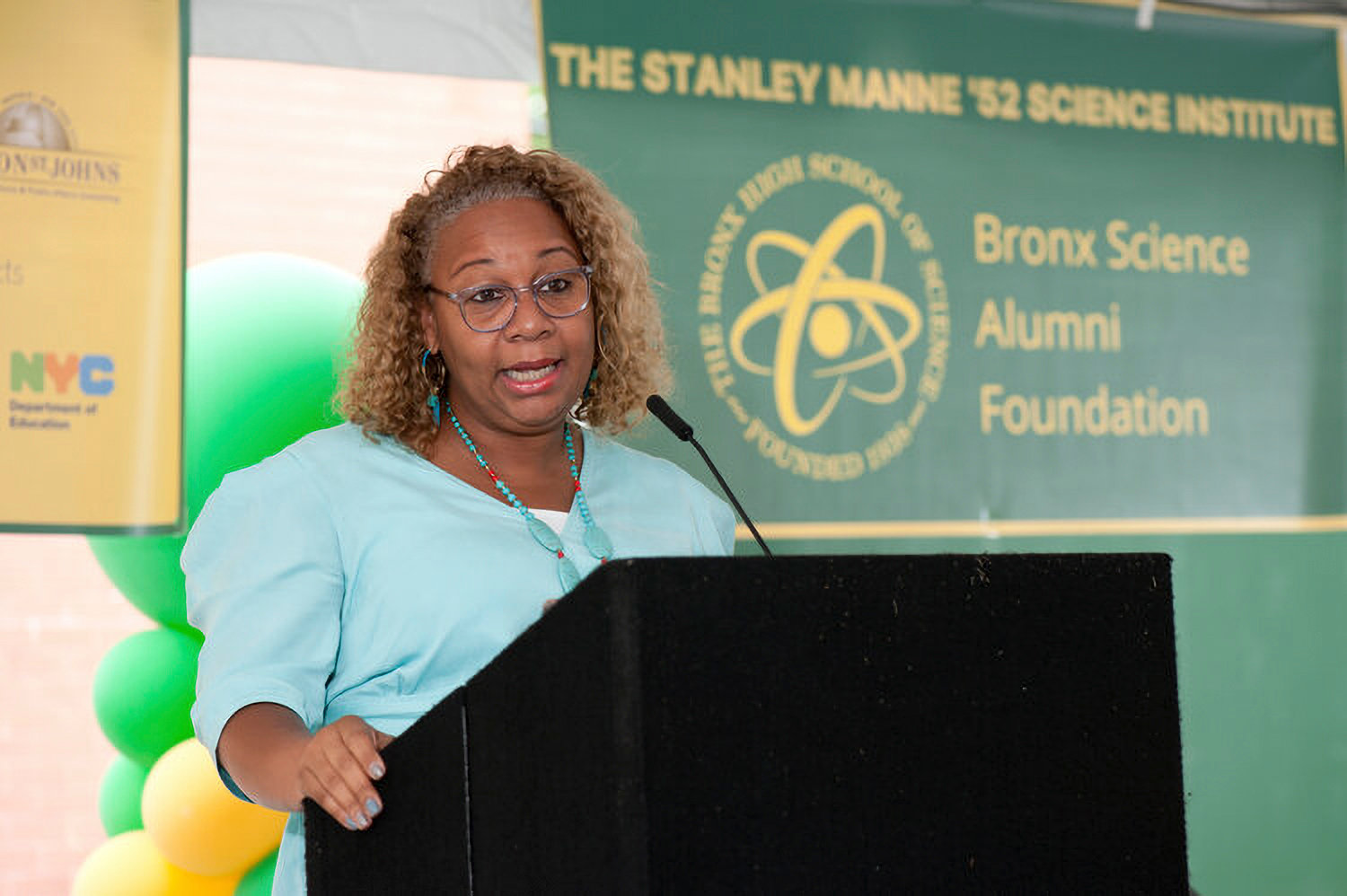 City school’s chancellor Meisha Porter speaks at the groundbreaking ceremony last month for a new research institute on the Bronx Science named after a 1952 graduate of the school, Stanley Manne.
Courtesy of The Bronx High School of Science 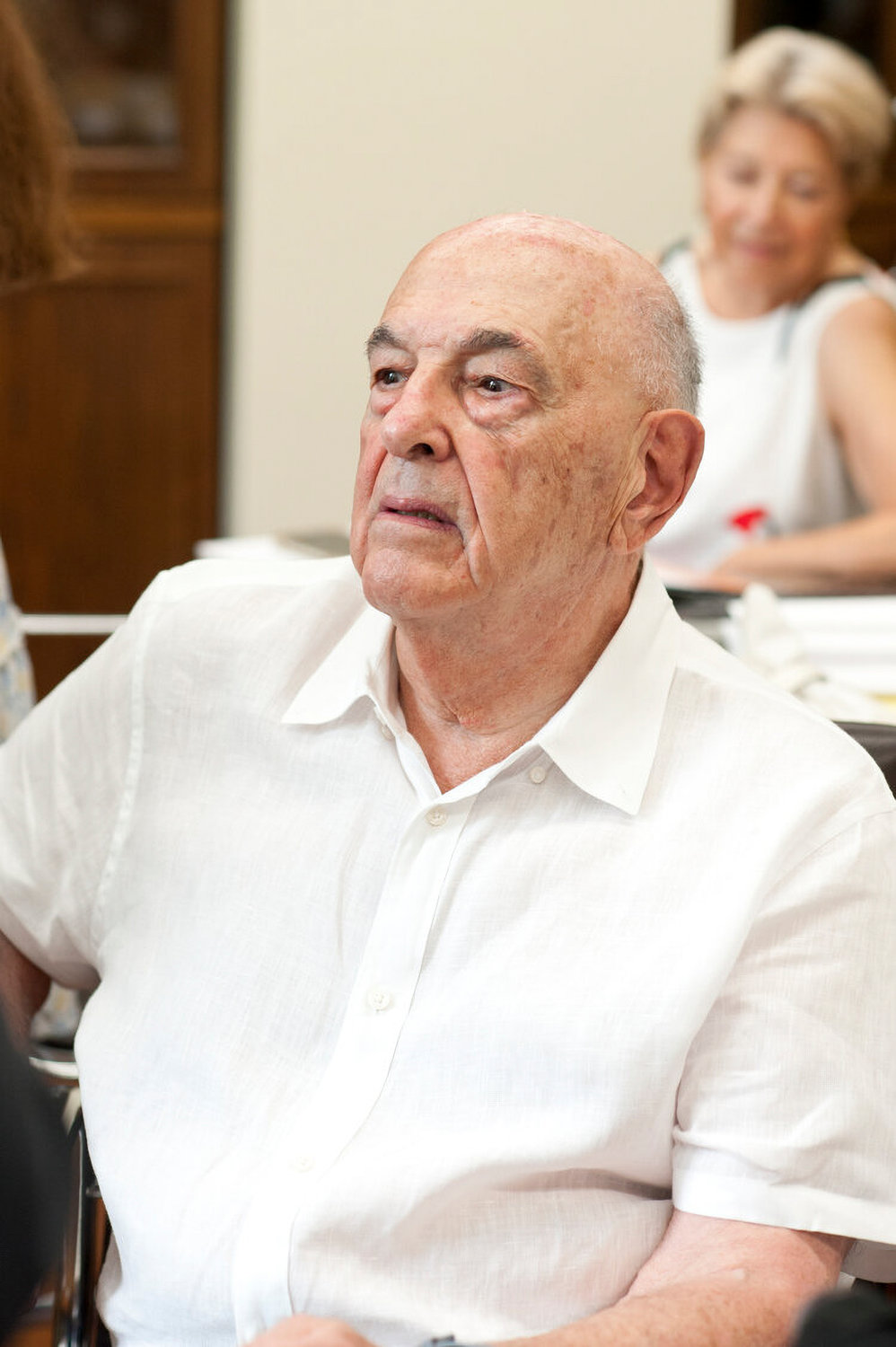 After finding personal success, Bronx Science alum Stanley Manne says he’s made it his mission to give others the same opportunities he had. That’s why Manne donated $18 million to build a science research institute on the campus of the West 205th Street school he graduated from in 1952.
Courtesy of The Bronx High School of Science
Previous Next
By ETHAN STARK-MILLER

After decades of personal success, one core mission now drives Stanley Manne: To give back to where he came from.

“It’s my dream to kind of pass on what I have, and lead others to do similar things,” Manne said, which he adds “will exponentialize the improvement (of) the U.S., America and the world.”

That’s why Manne wrote a check for $18 million to the alumni foundation for his alma mater, The Bronx High School of Science. The donation will fund construction of The Stanley Manne Institute, a state-of-the-art scientific research facility that will help not just teach the students of Bronx Science, but surrounding schools as well.

Bronx Science is one of the city’s eight elite specialized high schools, its students selected through a rigorous entrance exam. Schools like Bronx Science are known for producing successful alumni, and also for receiving far more resources than many other public schools in the city.

Manne, now 87, graduated from Bronx Science in 1952, when the United States was fighting the Korean War and Harry Truman was president. Some 70 years later, Manne says he owes much of his success as a chemical engineer to his foundational education from the West 205th Street school. Now Manne wants to give others the same opportunities he had.

“I got my basis for my education, and my success at Bronx Science,” he said. “So, my job — and I consider it a job — is to pass on and pass the opportunity. And help us improve the Bronx, but (also) improve the whole country. I see so much negativity verbalized, and to me it’s kind of depressing because this is the land of opportunity.

“Like no matter where you go in the world, everybody wants to be in America.”

Growing up in the South Bronx, Manne says he’s no stranger to struggling for economic success. He’s the son of working class Russian Jewish immigrants — his father was educated, but worked as a chicken plucker. His mother? Illiterate. Bronx Science gave Manne the opportunity to be the first in his family to move up and out of the working class.

After graduating, Manne went on to earn his degree in chemical engineering from Columbia University. He added a master’s in business administration from the University of Chicago. Over the course of his career, Manne worked several chemical engineering jobs before taking over Brawny Plastics, which manufactured products like industrial plastic bags.

Manne attended a groundbreaking ceremony for the institute named in his honor late last month. Joining him were Mayor Bill de Blasio, Councilman Eric Dinowitz, Assemblyman Jeffrey Dinowitz, and state Sen. Jamaal Bailey. Eric Dinowitz, a Bronx Science alum himself, says this kind of public-private partnership is valuable for public schools, which don’t traditionally get the resources they need.

“The city, the state, the federal government don’t fund what they need to fund to provide the resources for children,” the councilman said. “These private donations are providing the resources that our children deserve.”

This is the biggest private donation the Bronx alumni foundation has ever received, Dinowitz said. It’s also the largest made in the history of the city’s public school system.

The Manne Institute will be a 12,000-square-foot facility that will contain three labs, equipment rooms, and a space for presentations and gatherings. It’s a collaboration between the Bronx Science alumni foundation, the city’s education department, and the School Construction Authority. They’ve contracted Dattner Architects and Consigli Construction to design and build the facility.

Bob Grubin, an alumni foundation board member, said the primary purpose of the institute is to provide space for big scientific research projects that take place outside the classroom.

“As opposed to kids going from one class to another and then shutting down their science experiments, this will allow kids to have open-ended experimentation,” Grubin said. “Where if it takes a week, two weeks, five weeks, two months to complete a project, they’ll be able to do that. Because there’ll be separate settings, separate benches.”

It’ll build upon Bronx Science’s already existing program, giving students the opportunity for long-term scientific research as well as write academic papers. They can then enter their work into national science competitions, like the Regeneron Science Talent Search.

Outside of American Studies, these participating schools aren’t specialized like Bronx Science. That means they don’t have nearly as many resources or large successful alumni networks.

That’s why the partner schools may benefit the most.

“Some of the partner schools only have one lab in the entire school,” Grubin said. “So, this is going to open up many labs and expands it to many more children this way. That’s our vision: to expand it to the seven partner schools. To start.”

The alumni foundation hopes the Manne Institute will serve as a template for other public-private partnerships that could expand educational opportunities to underfunded schools around the city, and even the country.

“This, we think, could be life-changing — for not only the Bronx Science kids, but for the Bronx in general,” Grubin said. “Eventually, as we expand this, we’ll be able to get more of the Bronx involved, more of the community development evolved and expanded. To the eastern Bronx. To the southern Bronx. And then hopefully we see Stuyvesant or some of the other schools, some of their alumni step up and do the same thing.

“So, we can have a focus in Manhattan, and one in Queens. And Brooklyn Tech. And so on.”