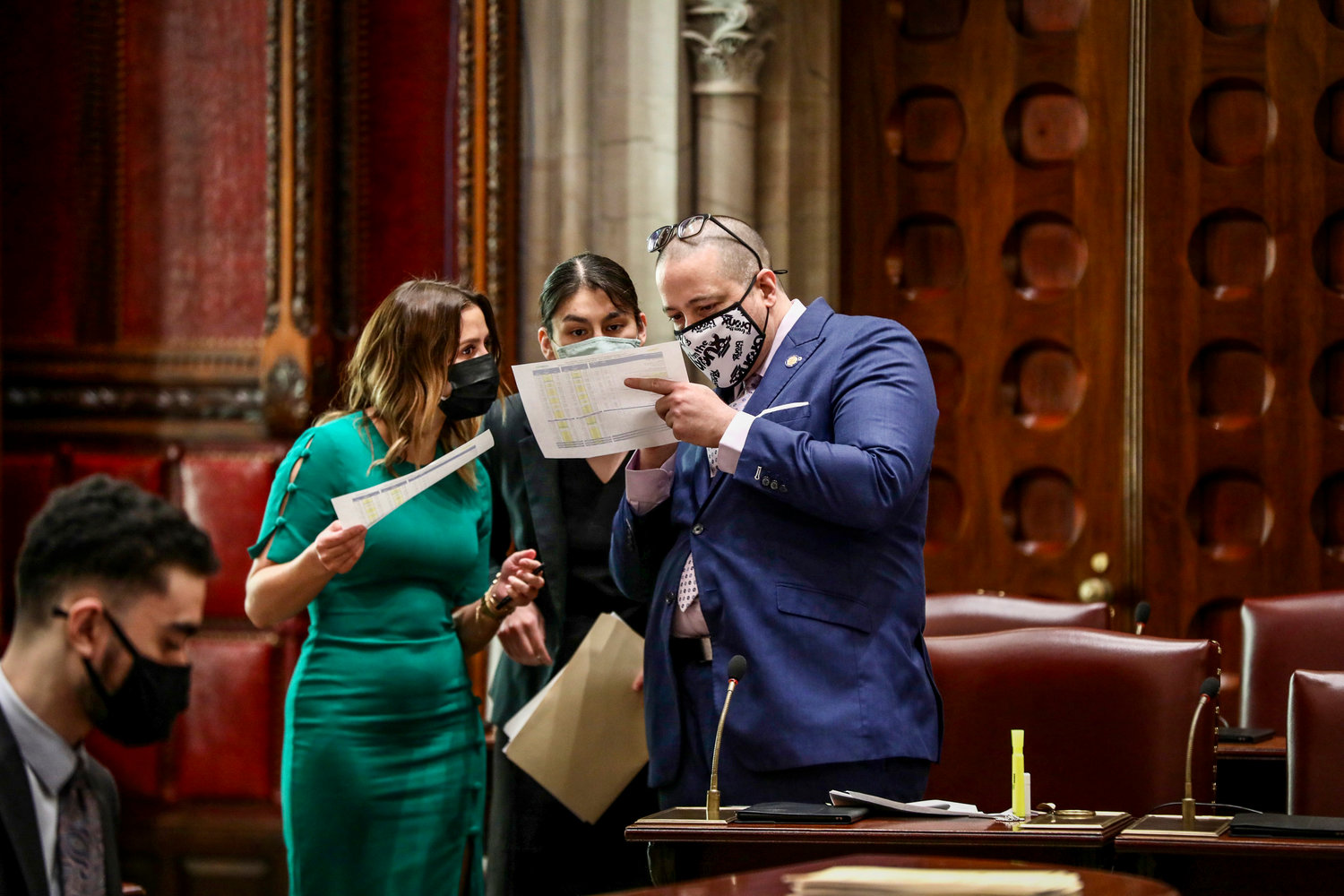 State Sen. Gustavo Rivera was one of the state lawmakers pushing to raise taxes on wealthy individuals, which were included in this year’s state budget. Lawmakers say these taxes will generate a projected $4 billion a year to fund some of the spending in the $212 billion budget.
Courtesy of NYS Media Services 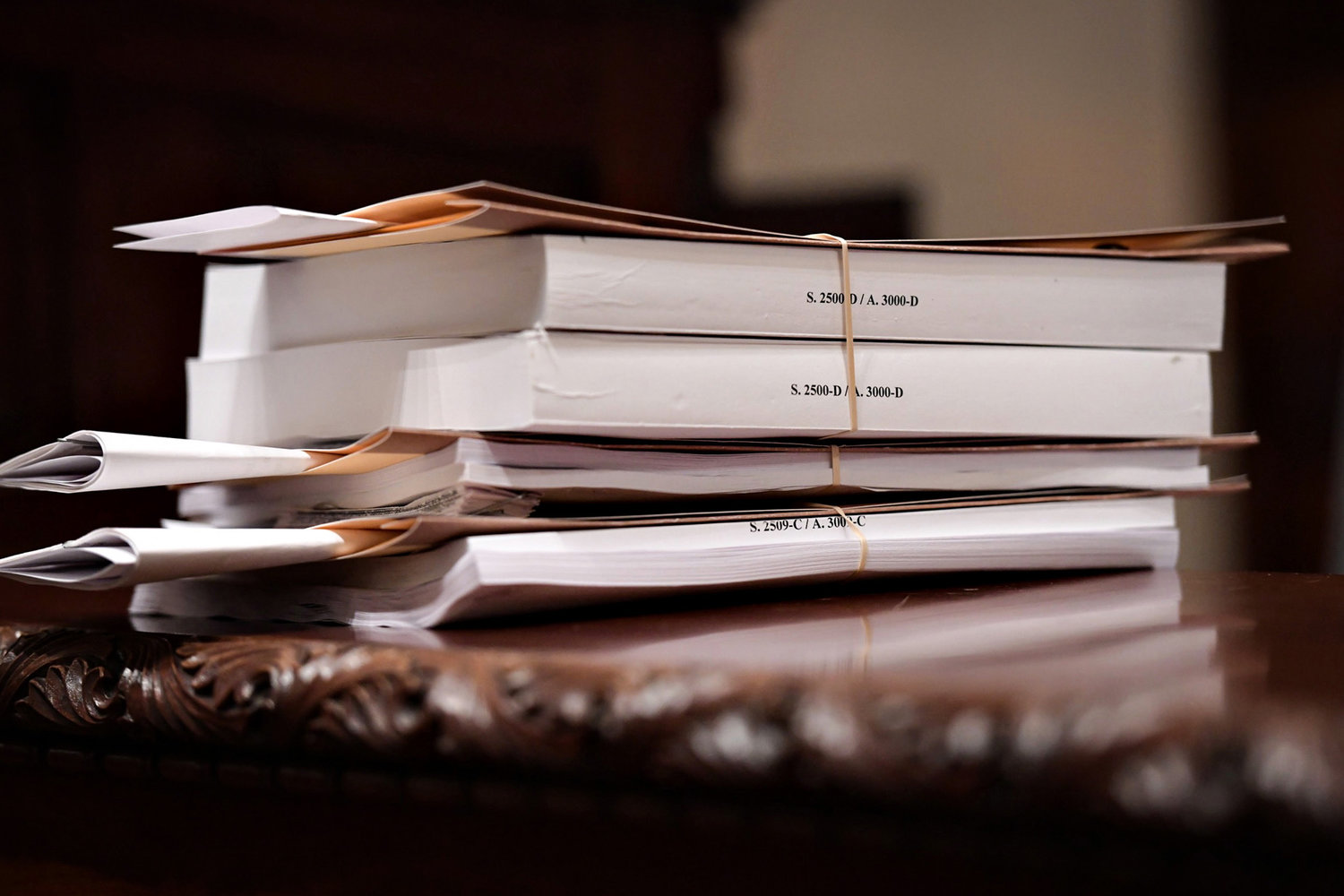 The state legislature had much more power in shaping the budget this year because of Gov. Andrew Cuomo’s scandals that observers say significantly reduced a lot of the leverage he has in the process. Lawmakers passed a $212 billion budget they say addresses many progressive priorities like fully funding public schools and providing rent relief.
Courtesy of NYS Media Services 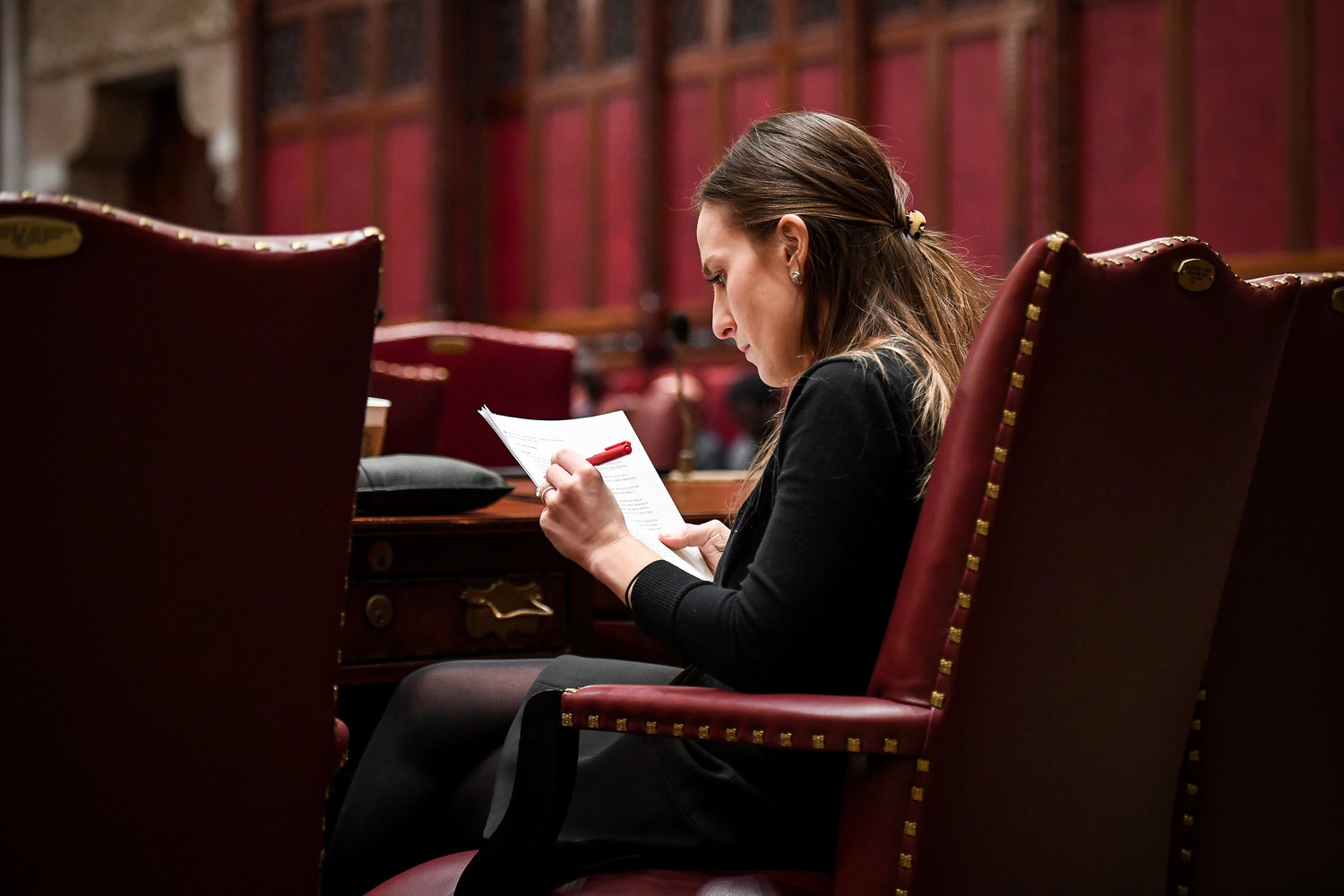 It may have come in a week late, but the $212 billion state budget is packed to the gills. And some state lawmakers say the extra deliberation was worth it.

This budget is geared toward raising revenue and spending massively to help people across the state recover from the coronavirus pandemic.

In previous years, state Sen. Alessandra Biaggi said she felt disheartened by the budget process. Gov. Andrew Cuomo almost completely controlled the process, according to law, and rarely would he yield to some of the more liberal big-ticket items she and other newer lawmakers craved.

But this year felt entirely different.

“I think this is a historic budget that’s going to provide relief for communities that are progressive wins in a way that we have really not seen,” Biaggi said. “We didn’t get everything we fought for, but we got a lot.”

Those wins include a tax increase on wealthy individuals, $2.4 billion in rent relief, and a spending package the senator says fully funds public schools statewide. The budget deal also legalized mobile sports betting, which proponents claim will raise hundreds of millions in revenue.

Although not actually part of the budget deal but signed by the governor while budget neogitations were under way, a bill pushed by Biaggi and Queens Assemblyman Ron Kim repealing Cuomo’s blanket immunity to nursing home administrators and their shareholders last year also became law. Biaggi said this immunity prevented families whose loved ones died from COVID-19 in nursing homes from seeking legal redress.

“It’s something that myself and Assemblymember Ron Kim had been fighting for, for over a year,” Biaggi said. “In my knowledge, it has never been done before where the governor and the special interests that support him have decided to take an action as egregious as this … and then have it be repealed fully, without compromise. So, families will be able to have justice.”

This was one of many concessions the state legislature received from Cuomo — who ruled over the budget process with an iron fist in years past. But the governor is currently embroiled in scandals over alleged sexual misconduct as well as what critics say was his mishandling of the coronavirus in nursing homes. These controversies reportedly weakened his political position, forcing him to acquiesce to many lawmaker demands.

The tax increase on the wealthy alone is projected to raise an additional $4 billion. It starts with a personal income tax hike of about 1 percent for single earners making more than $1 million annually, and joint earners earning more than $2 million. It also establishes new tax brackets affecting those making more than $5 million.

Corporate franchise taxes — a “privilege tax” of sorts that allows those businesses to operate in New York — also nudged up by around 1 percent.

Still, there are exemptions for co-ops, manufacturers and small businesses, Biaggi added.

However, several other proposed tax hikes from the Invest in Our New York Act package of bills — like raising taxes on inheritance and capital gains— didn’t make it to the budget. But then again, some who were pushing those measures — like Northwest Bronx Indivisible steering committee member Kathy Solomon — didn’t expect it to.

Those taxes, in addition to the aid from President Joe Biden’s American Rescue Plan, will pay for many of the budget’s ambitious spending items. Like rent relief for tenants who’ve struggled to pay during the pandemic. The program provides up to 12 months of back rent for low-income tenants who qualify, as well as an additional three months to use toward future rent.

“This is to help anybody who has any kind of housing instability,” Biaggi said. “And the goal is to reduce homelessness.”

But Juan Nuñez — head of the Kingsbridge Terrace Tenants’ Association in Kingsbridge Heights — thinks this housing assistance didn’t go far enough. He believes the state should have waived rent from the past year altogether.

“What we wanted from the beginning was just a blanket cancellation,” Nuñez said.

“Where you don’t put it on the tenants to constantly apply and prove that they’ve been struggling.”

The drawn-out application process, Nuñez said, is one of the big flaws in rent assistance. The requirement to provide a lot of documentation, he said, can be difficult and time consuming for those who need the aid most.

Another problem, Nuñez said, is that the rent relief goes directly to landlords. This is an issue because there’s a chance landlords could claim they never received the money, when they actually did.

“In my building, we have tenants who send in their money orders and it never gets to the landlord’s office and things like that,” he said.

Another big budget accomplishment for progressive lawmakers, Biaggi said, is the $1.4 billion increase in funding for the state’s public schools. This fully funds Foundation Aid — which gives money to high-need school districts like — for the first time since its inception in 2007.

The program has a three-year phase-in, Biaggi said, so every school will have the money they’ve been owed by 2024.

City officials claim lawmakers’ neglecting Foundation Aid is a major reason why its school districts have gone underfunded for many years.

“With this budget, students in the Bronx and across the city will see additional resources in their schools and classrooms,” said Michael Mulgrew, president of the United Federation of Teachers, in a statement.

Biaggi ran on increasing this fund in 2018, she said, and was especially proud to see it finally reflected in the budget.

“Many of us came to Albany to fully fund our public schools,” Biaggi said. “The full funding of the Foundation Aid is one of the biggest wins we’ve ever seen in the history of our state.”

CORRECTION: The repeal of nursing home immunity by state Sen. Alessandra Biaggi and Assemblyman Ron Kim was a separate bill signed by Gov. Andrew Cuomo at the same time budget negotiations were wrapping up. A story in the April 15 edition characterized this measure differently.