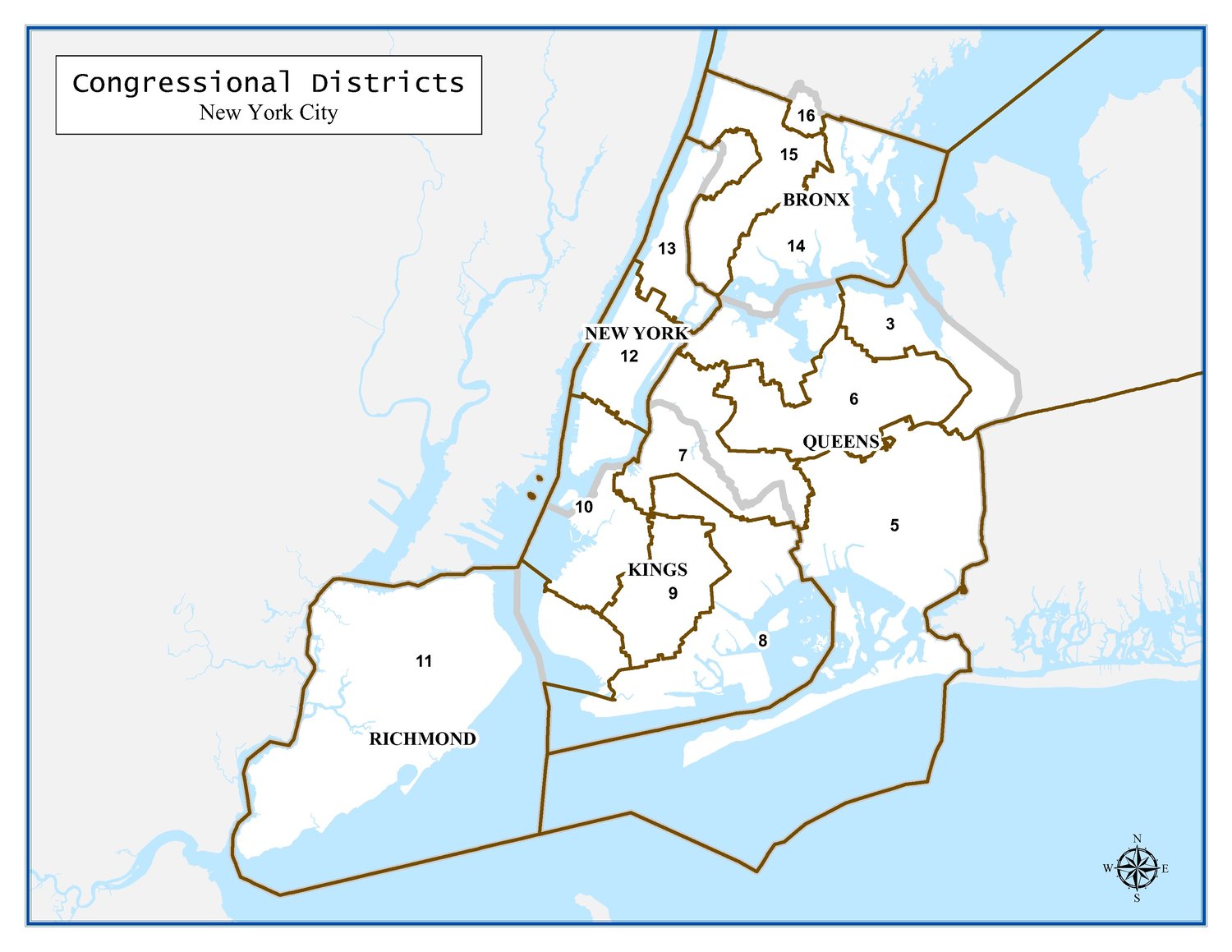 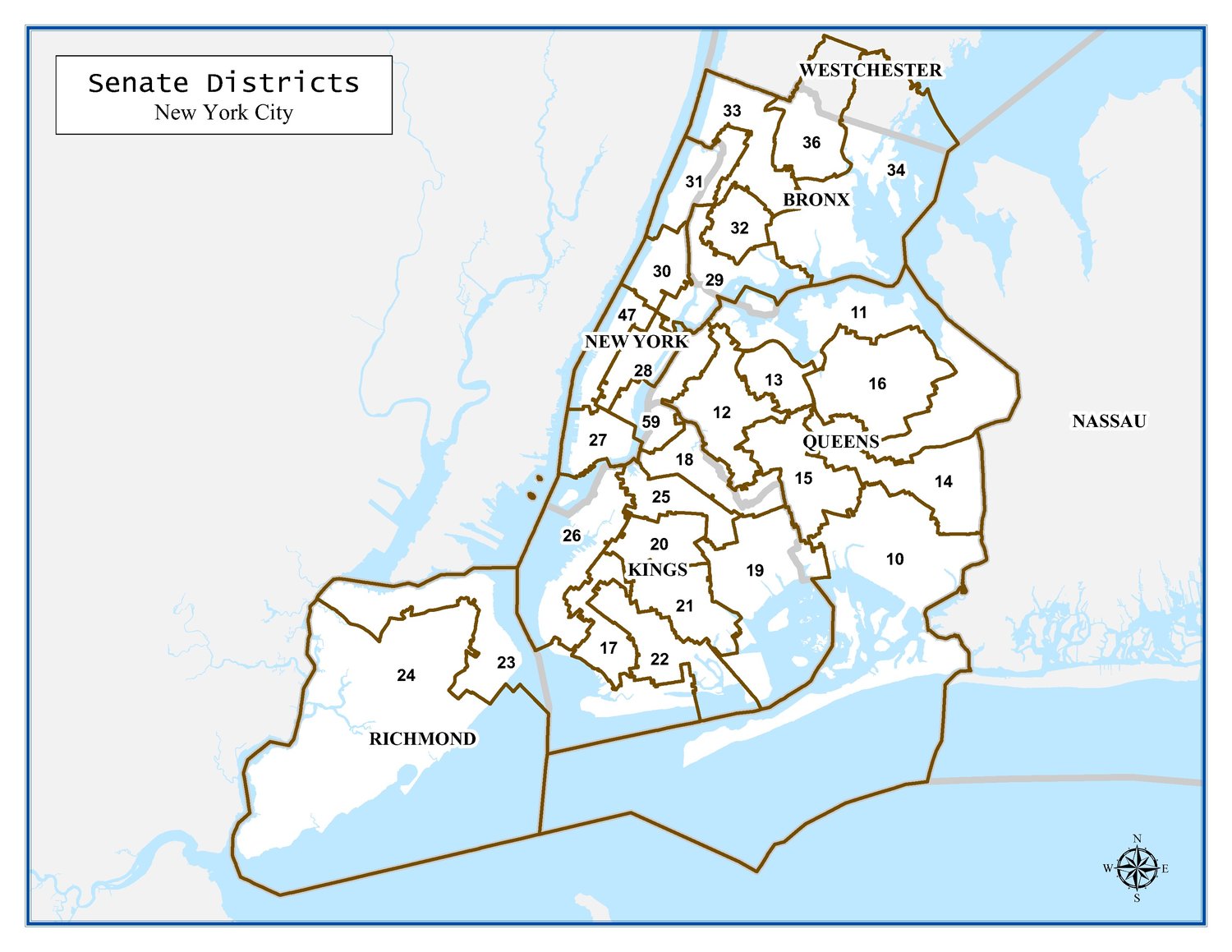 The state senate district races have taken on a whole new look with only one familiar face still running to represent greater Riverdale.

That’s a result of final versions of the district maps for New York’s congressional and state senate seats being released by the special master appointed by a state court.

While the congressional lines look much the same as they did in the drafts, the special master significantly reworked the borough’s state senate districts — a last-minute curveball that has upended the race for the seat that covers Riverdale.

Miguelina Camilo is the only candidate from the previous iteration of the race that is still vying for the district that the northwest Bronx is now a part of, as Christian Amato, Lisa Hofflich and James Gisondi all fled for senate races in neighboring districts.

Rather than running for an open seat, Camilo — who has the backing of the Bronx Democratic Party — is now challenging a longtime incumbent in the 33rd district that has been given a big geographic makeover.

Last Monday, the special master Jonathan Cervas released a draft version of the new maps and had only slightly adjusted the senate lines drawn by the state legislature that have since been rejected several times by the court.

In the special master’s original proposal, district 34, which was significantly gerrymandered, started in the northwest Bronx with Riverdale, snaked over to Pelham Bay to the east and then shot up into Westchester county. Yet the greater Riverdale area will now fall within Senate district 33.

Overall, the district is much more geographically compact than the district first proposed by the legislature as well as the one first proposed by Cervas. It covers Riverdale in the northwest, moves east until reaching the Bronx River Parkway, then opens up as it heads south — encompassing the neighborhoods of Fordham, Belmont and Van Nest. All of Bedford Park will also be inside the 33rd districtg, instead of being split into three separate districts.

And just as the senate lines in the Bronx have shifted, so too have the races for those seats.

Hofflich is now running in district 36, which covers parts of Westchester County and the northeast Bronx. Amato and Gisondi are now running in the new district 34 that covers many of the coastal neighborhoods in the Bronx.

After all the different iterations of the district maps, one person from the old district 34 is left campaigning.

“I am so glad that I have this opportunity to run for State Senate in the community I have called home for years,” Camilo said. “Even with all the changes to how districts are drawn, the reason I am running for office has not changed. I want to build up our community, to improve the quality of life of my neighbors.”

District 33 is currently represented by longtime incumbent Gustavo Rivera, who announced he would be seeking re-election soon after the finalized maps went live.

“While I believe that this entire process has been deeply flawed, utterly undemocratic, and intended to diminish the voices of communities of color in our government, a determination has been made by the courts and the district maps are now final,” he said. “With so much work left to do in the legislature, I will be running for reelection in the new 33rd Senatorial District, which includes significant parts of my current district, as well as many communities that I represented when I was first elected to the senate.”

Rivera first assumed office in 2011 after beating then-incumbent Pedro Espada Jr. in the Democratic primary — an upset victory for Rivera, according to many political observers at the time. Since then Rivera has been considered a strong progressive voice in Albany and is the chair of Senate Health Committee.

While Camilo is now technically facing an incumbent, just under half of the residents in the old district 33 will fall under the new senate district, according to voter data published by the news outlet The City. That means Rivera is seeking to be elected in a district where a large chunk of the voter base is entirely new.

To further complicate matters for Rivera, his home now falls under district 31, which is currently represented by Robert Jackson who has already announced he is running for reelection.

Marble Hill, Kingsbridge and Kingsbridge Heights will also all be a part of district 31 — which will cover the northern tip of Manhattan and parts of the Bronx.

Even Jamaal Bowman, who represents congressional district 16, released a biting statement on the finalized map as it splits up the Northeast Bronx, home to many Black communities, into three separate districts. “The maps also decrease the Black voter population in NY-16 from 27 percent to 21 percent, a 33 percent overall reduction. These maps will further mute the voices of these historically underrepresented communities in NY-16 and across New York State, dilute the power of Black voters, and weaken our representative democracy,” Bowman said, adding that his campaign is prepared to seek legal avenues to challenge the new lines.

“Just like I have fought for these communities in Congress, I will fight to keep them in NY-16 and ensure that they continue to have a strong voice and the political power they deserve in Congress,” he said.

In court filings, the special master provided justification for the final congressional map, even responding to several of the complaints sent to him over the new district 16. “Co-op City, which was previously in Congressional District 16, had to be moved out of the 16th because the population loss in upstate required CD 16 to take in more population to the north. Unfortunately, even though many hundreds of citizens sent me requests for Co-Op City to be placed in the 16th CD, this is not possible given the constraints imposed by the combination of population and other criteria,” he wrote in court papers.

Yet come 2023, Bowman will no longer represent Riverdale if re-elected. The northwest Bronx, for the most part, will now fall into Congressional District 15, which is now represented by Democrat Ritchie Torres.

The new CD 15 is shaped much less like a barbell. It starts in the northwest Bronx, avoiding the Jerome Park Reservoir, travels over to Van Cortlandt Park and then heads south until it reaches Mott Haven. It will also no longer cover neighborhoods in the eastern coastal part of the Bronx, like Hunts Point, Soundview and Castle Hill.

The primary for state senate and congressional seats are scheduled for Aug. 23.