Staying in shape takes a whole new form over Zoom 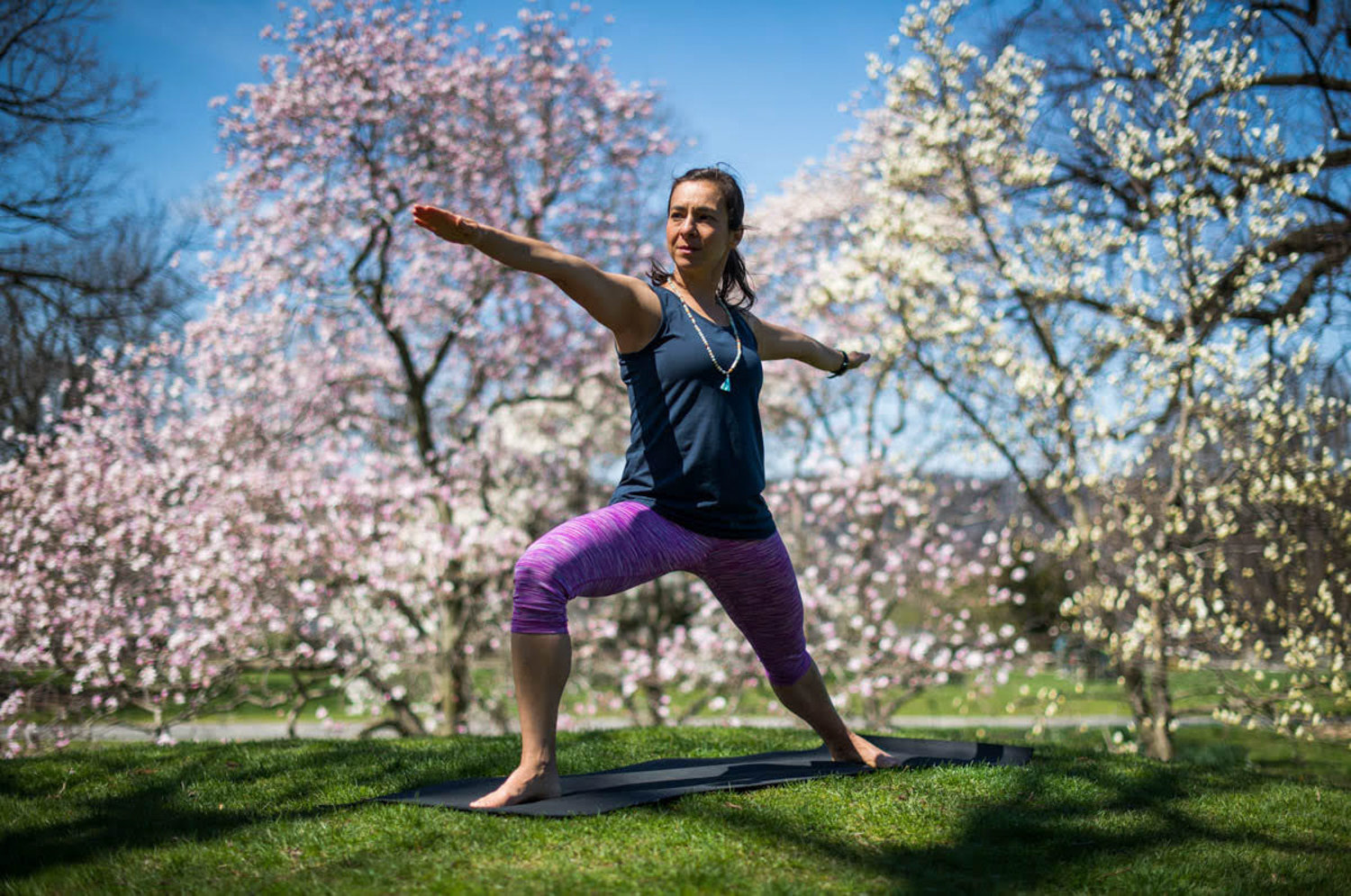 In a time before the coronavirus pandemic, Susie Caramanica would teach yoga on the grounds at Wave Hill. Now, she’s taken her practice online.
Courtesy of Joshua Bright 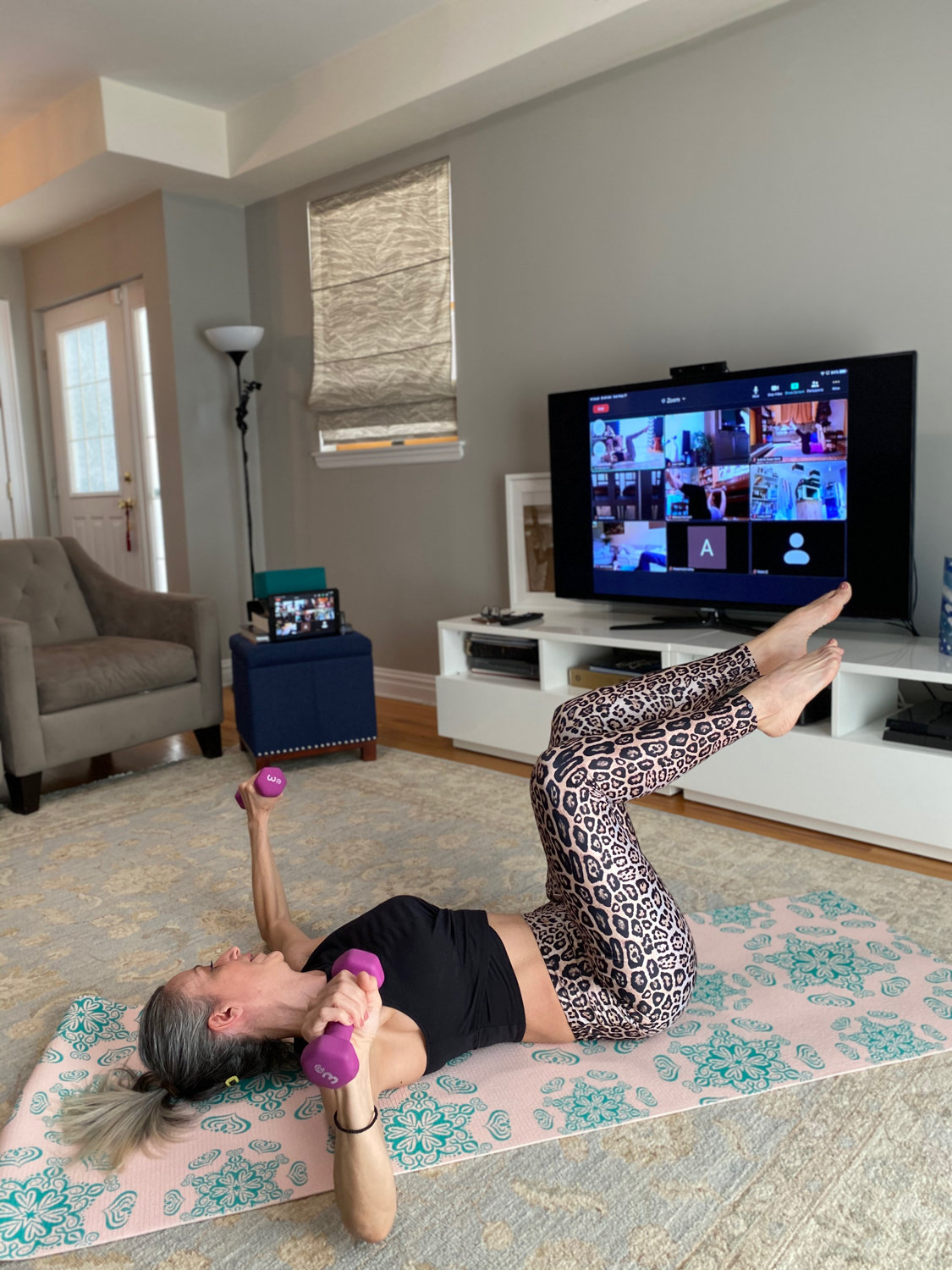 The coronavirus pandemic has confined many to their homes. But it’s no secret how small New York City homes can get, so finding ways to stretch their legs with some physical fitness isn’t easy — especially with gyms closed and it being difficult to breathe hard with a mask on their faces.

But who says anyone needs to physically step into a gym to stay active — or even dance studios and yoga centers? Instead, many are getting some physical activity through those outlets with a little help from online videoconferencing technology like Zoom.

Teaching a physical activity over Zoom seems like a strange concept, but it is achievable. It does take a little more work, especially for instructors who must ensure they can be properly watched — and heard — by their virtual participants.

Not everything can find its way on the internet, said Robert Adelman, the director of Riverdale Neighborhood House’s health and harmony program. Certain classes have had to be placed on hold, like West African dance, since it’s not practical for many people to do in their homes.

The rest, Adelman says? Well, they’re as good as those who lead them.

“We have had the same teachers teaching classes,” he said, which is important  “since people form bonds with their teachers.”

There have been challenges to leading fitness online however. The biggest obstacle, according to Yoga Haven owner Betsy Kase? Spacing. It can take a lot of trial and error to find the right place to position a computer’s camera so that participants can see their instructors.

There are many forced to stop fitness classes because they just don’t have enough room in their home to work out.

Over Zoom, instructors like Kase also have to manually mute all participants, which can diminish from the interpersonal aspect of a class.

Of course, online fitness classes also mean you’re at the mercy of your internet connection. Having a technological issue can be detrimental to a home workout experience.

Kase and her other yoga instructors have conducted both live and pre-recorded yoga classes. Generally, the weekend classes have much higher attendance than the weekday ones.

“As teachers, we respond emotionally to our students,” Kase said. “The online classes are not as fulfilling as teaching in person, especially the pre-recorded ones, because it is much harder to have that emotional connection with students.”

Susie Caramanica, who typically leads yoga at Wave Hill, has had her own issues with online classes — especially when it comes to separating work and home.

“As a mom, it can be hard to be in a yoga class for an hour while at home since it feels like an indulgence,” Caramanica said.

On top of that, it also can be difficult to gauge how a student is progressing online, since it can be harder to correct their yoga form.

Online classes at The Club of Riverdale are free for members, thanks to many instructors donating their time. Eugene Lloyd, TCR’s fitness director, says those logging into the classes still seem engaged. Sometimes Lloyd even sees children join their parents in their workouts.

Unlike others, Lloyd feels there could be benefits to continuing virtual classes on a much more permanent basis.

“There are people in the fitness world who join a gym but have a hard time taking that first step to go into the gym,” Lloyd said. “The Zoom format may be a great way to bridge that gap so that they still have a connection with the fitness facilities and the instructor.”

Having children stay active is another issue for many parents. Michele Compa Dance & Exercise Center hosts Zoom classes for kids of all ages. While some younger participants eventually dropped out, at least two-thirds of the students have continued, owner Michele Compa said.

But there is a big issue online because of the broadcast sound delay in music over the videoconferencing software, which can be confusing when trying to figure out if the kids are staying true to the rhythms they’re moving to.

Because these are kids, and can’t necessarily be all work with no play, Compa also has incorporated social time at the start and finish of each class to make sure the ever-so-necessary chatter is not lost.

“With younger kids you have to keep them occupied and get creative during online classes,” Compa said. “A lot of the kids seem to look forward to it since it is something different to do while at home. I like to talk with everyone before and after class so that they have a chance to hang out a little with one another.”

CORRECTION: Susie Caramanica  said that it was hard to be in a  yoga class for an hour as a mom, because it feels like an indulgence. A story in the June 4 edition misquoted her.