Sticking together, no matter what 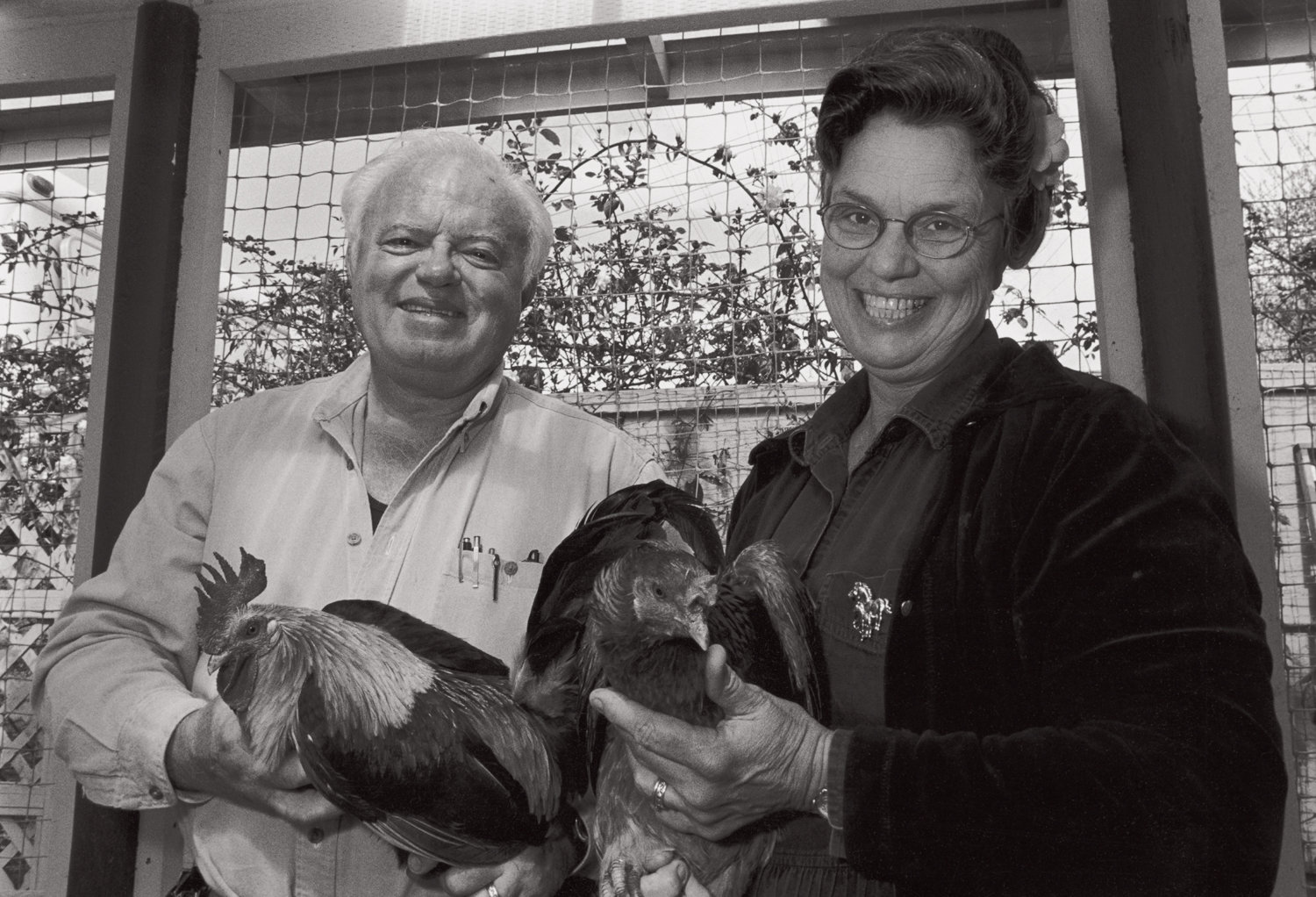 Harold and Gail, who’ve been married since 1965 — even after Harold came out as gay in the mid-1990s — participate in Robert Fass’ portrait series ‘As Long As We Both Shall Live.’
Courtesy of Robert Fass 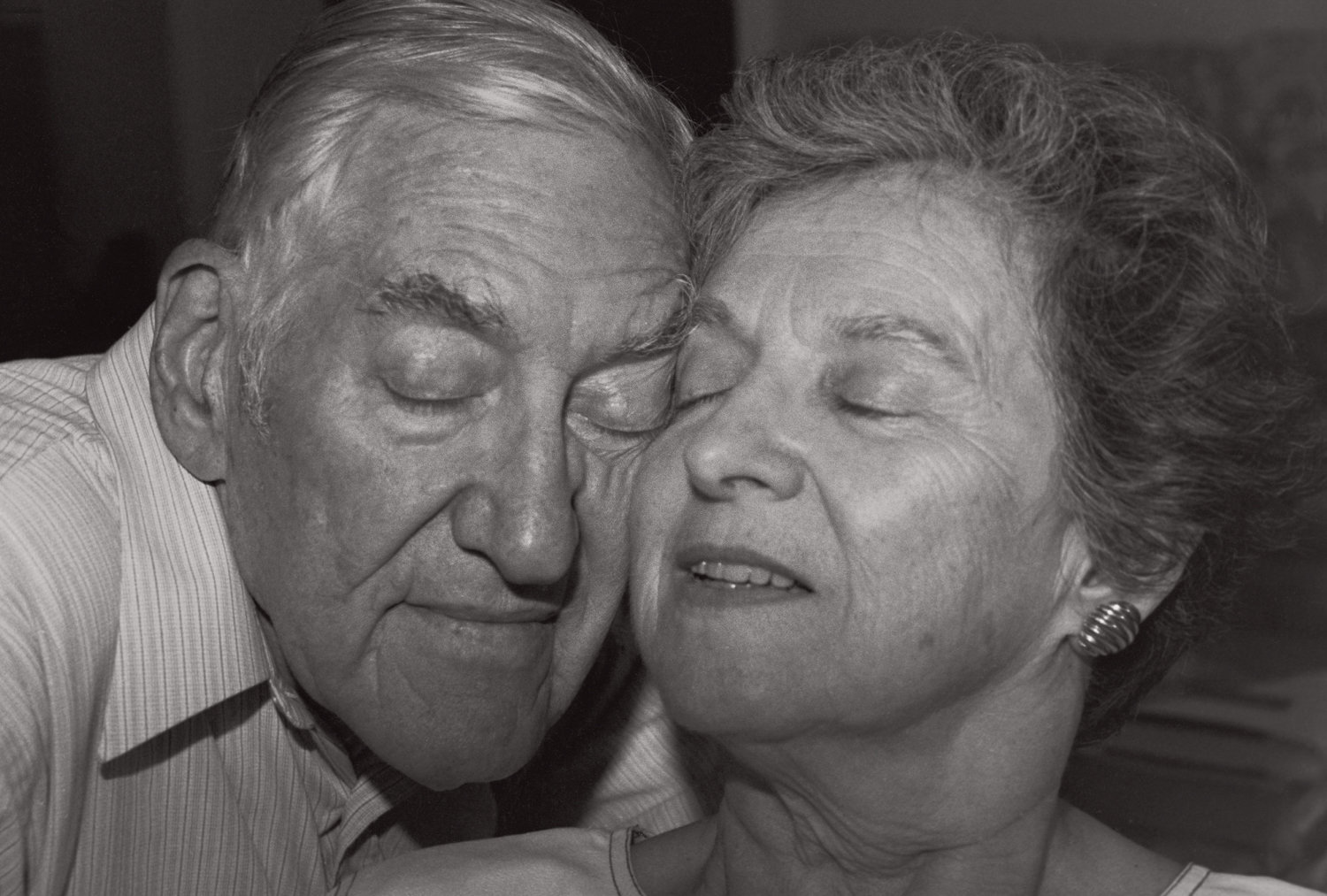 Robert Fass photographed Irwin and Evelyn for ‘As Long As We Both Shall Live,’ a portrait series of American couples who have been married 40 years. It’s part of a display at The Riverdale Y’s Gallery 18, originally scheduled to run through April, but currently closed because of the coronavirus crisis.
Courtesy of Robert Fass 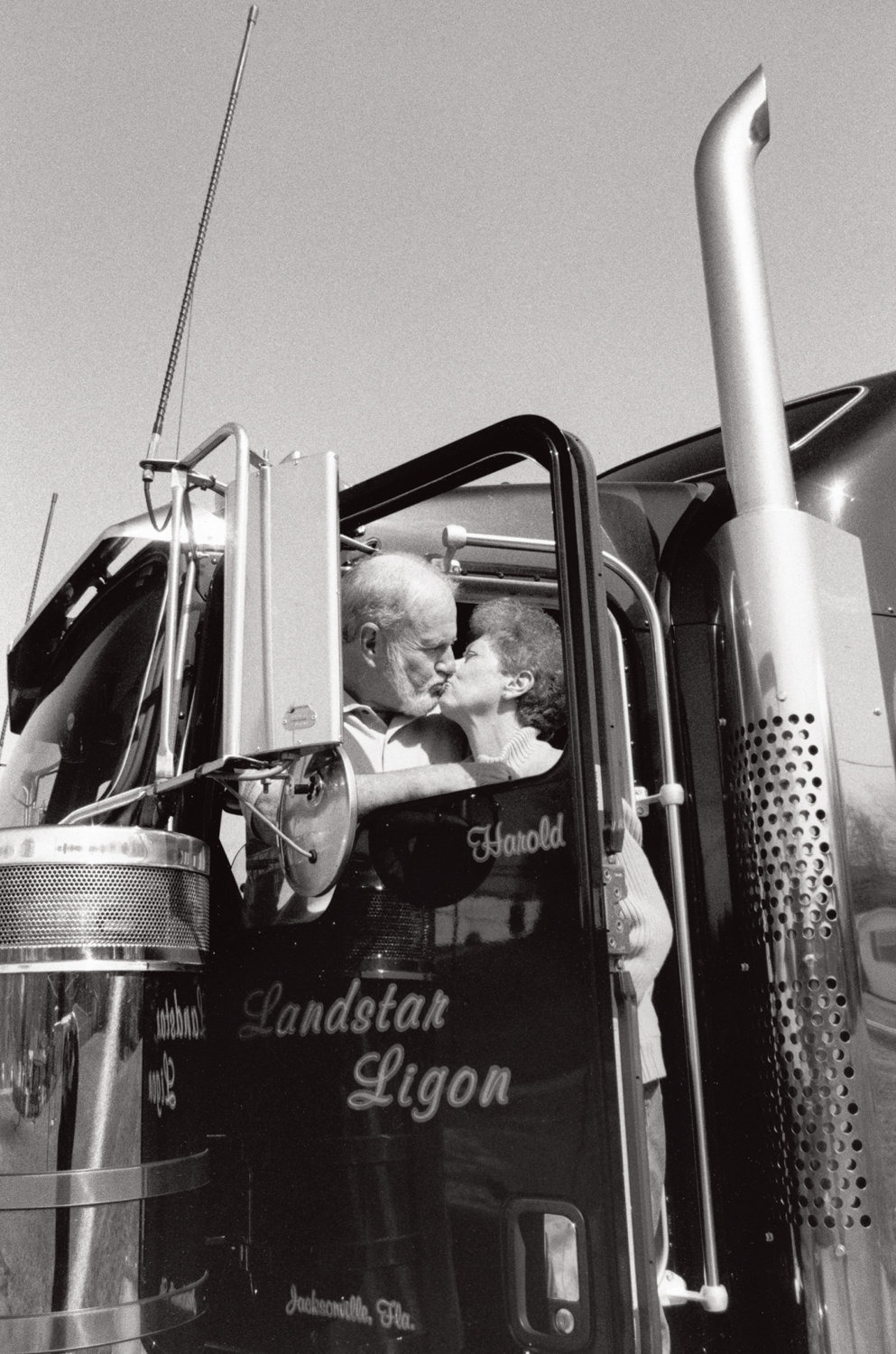 Robert Fass’ photograph of Harold and Helen kissing in the cab of their truck is included in the exhibition ‘As Long As We Both Shall Live,’ originally scheduled to be on display at The Riverdale Y’s Gallery 18 through April.
Courtesy of Robert Fass 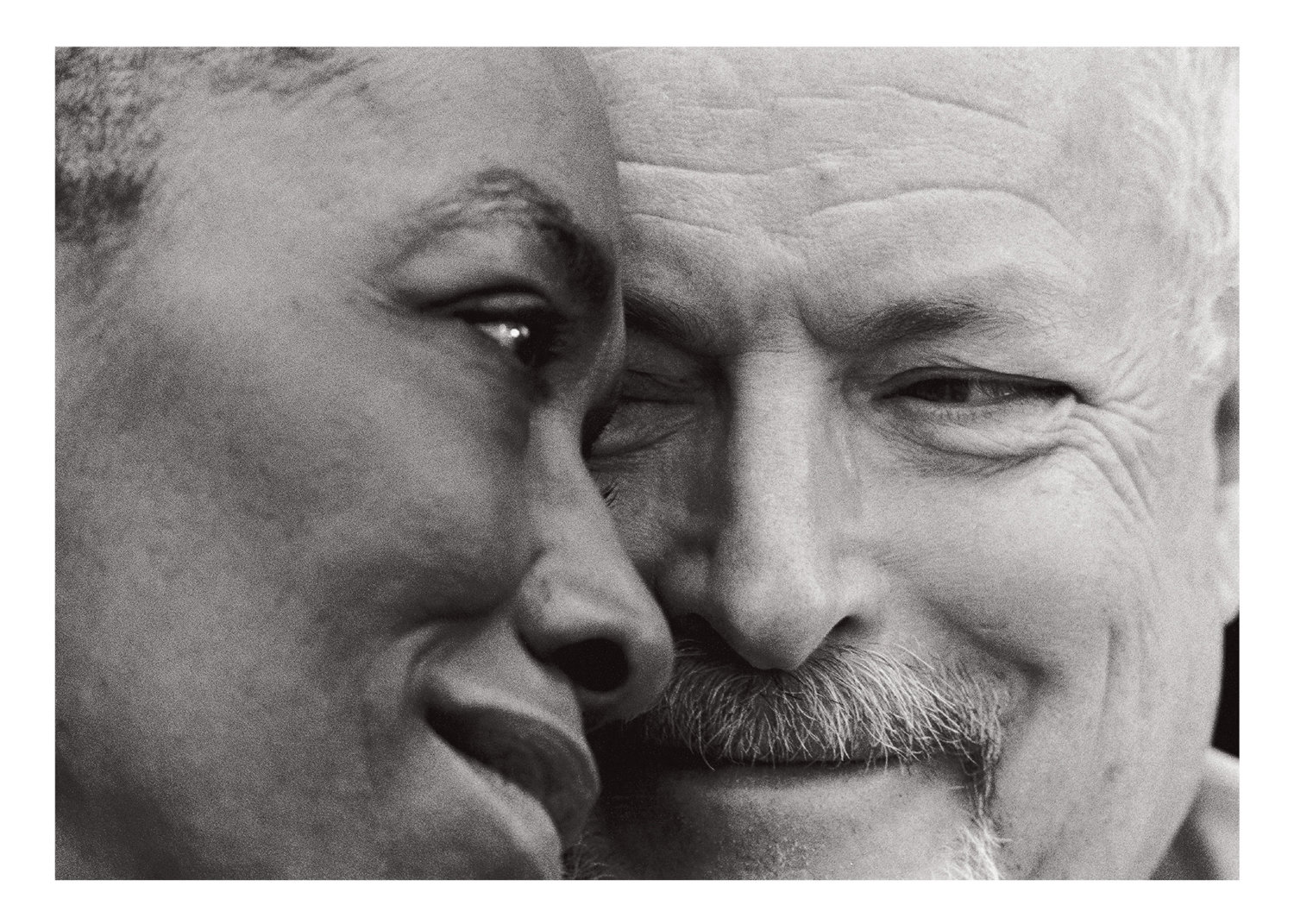 Robert Fass’ series ‘As Long As We Both Shall Live’ chronicles married love, like this portrait of Pat and Bob, a couple who now calls Harlem home after years of working in the civil rights movement, and maintaining a relationship that was, in their youth, called a crime. Their story is told through photograph and text at the Riverdale Y’s Gallery 18, originally scheduled to run through April.
Courtesy of Robert Fass 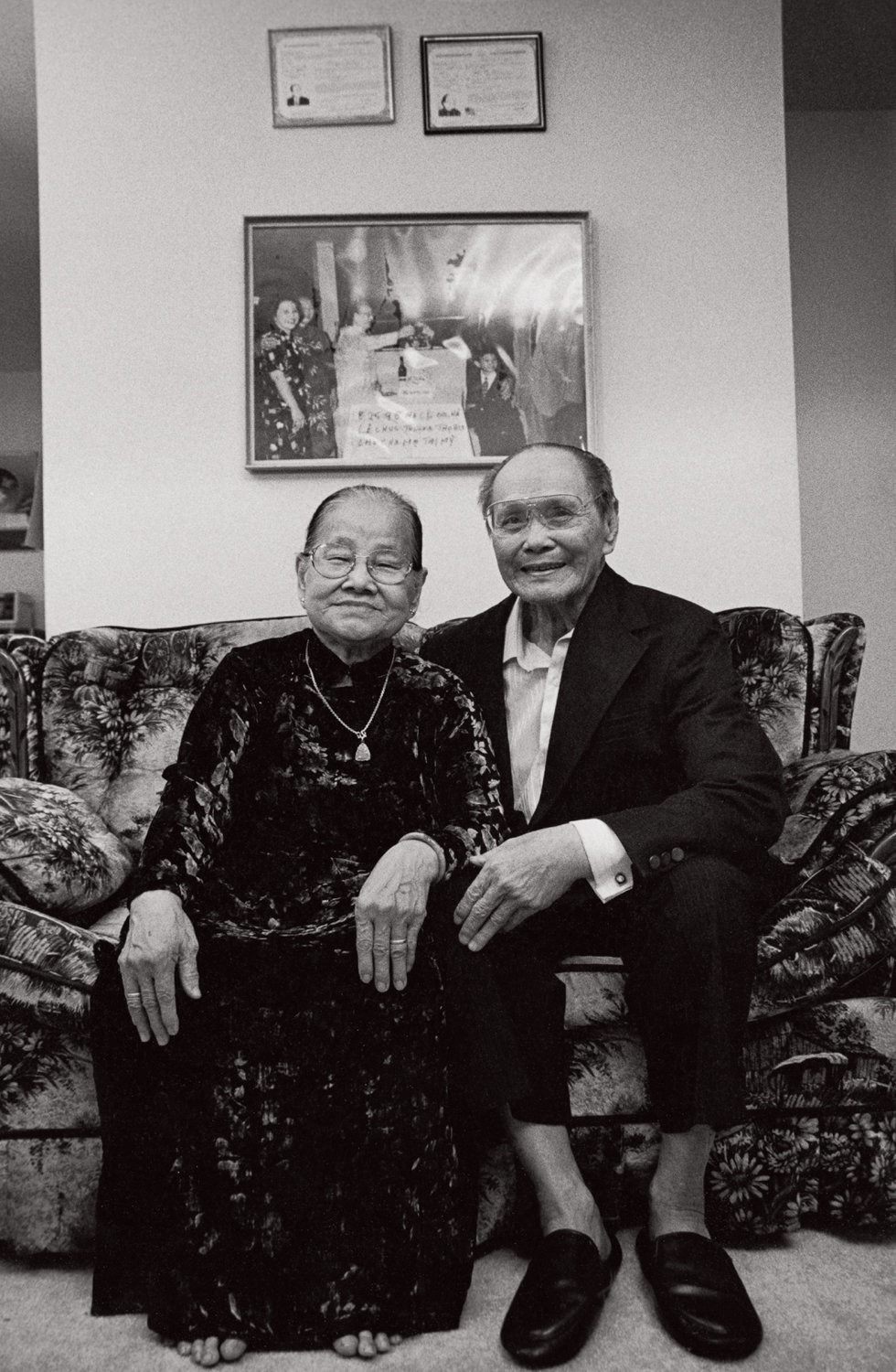 Robert Fass’ photograph of Chia and Hat, a couple who stays together no matter what, is included in the exhibition ‘As Long As We Both Shall Live,’ on display at The Riverdale Y’s Gallery 18, originally scheduled to run through April, but currently closed because of the coronavirus crisis.
Courtesy of Robert Fass 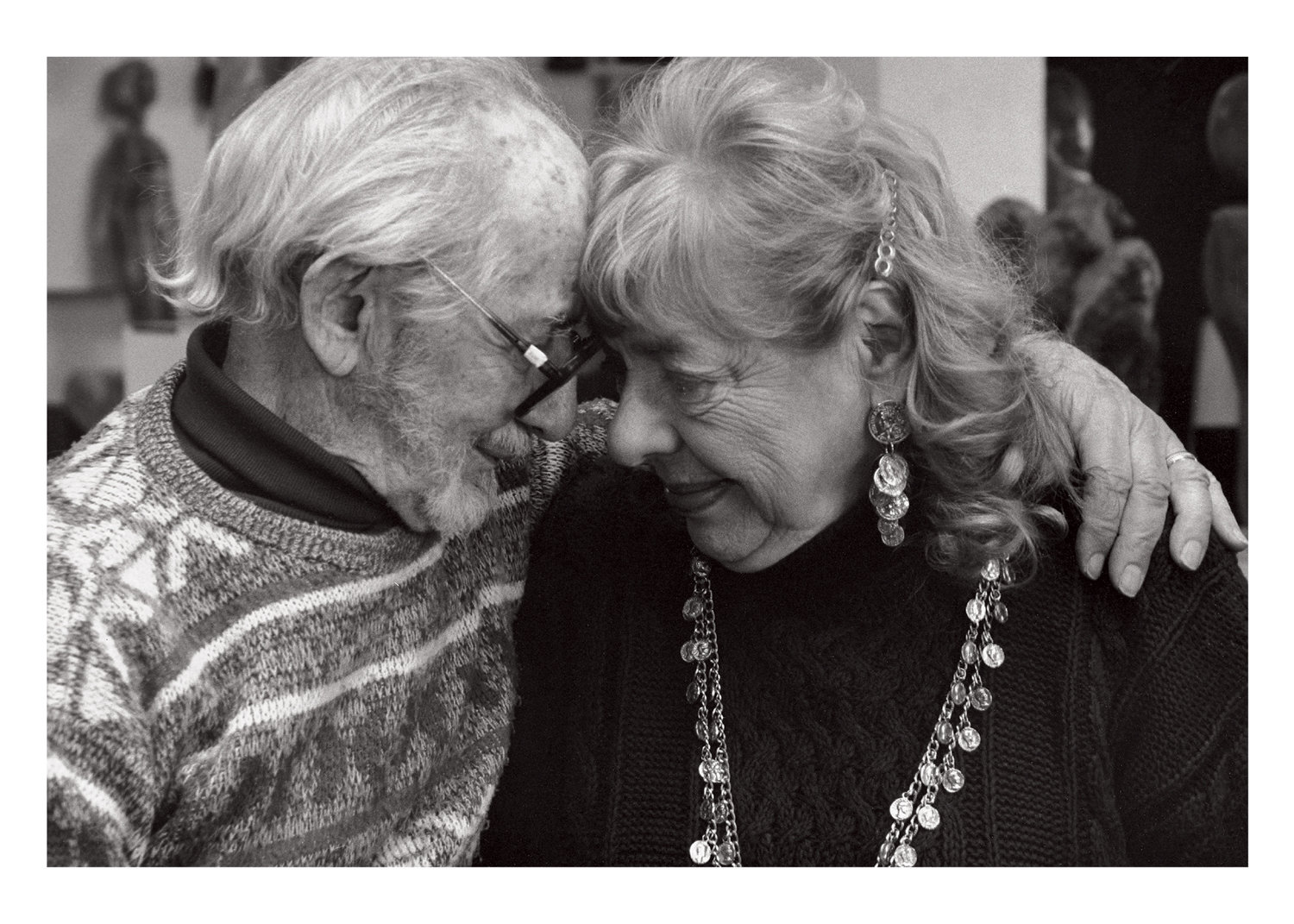 Bernie and Honey, artists who care as much about each other as they do their work, warmly embrace each other for a portrait by Robert Fass, part of the series ‘As Long As We Both Shall Live.’
Courtesy of Robert Fass 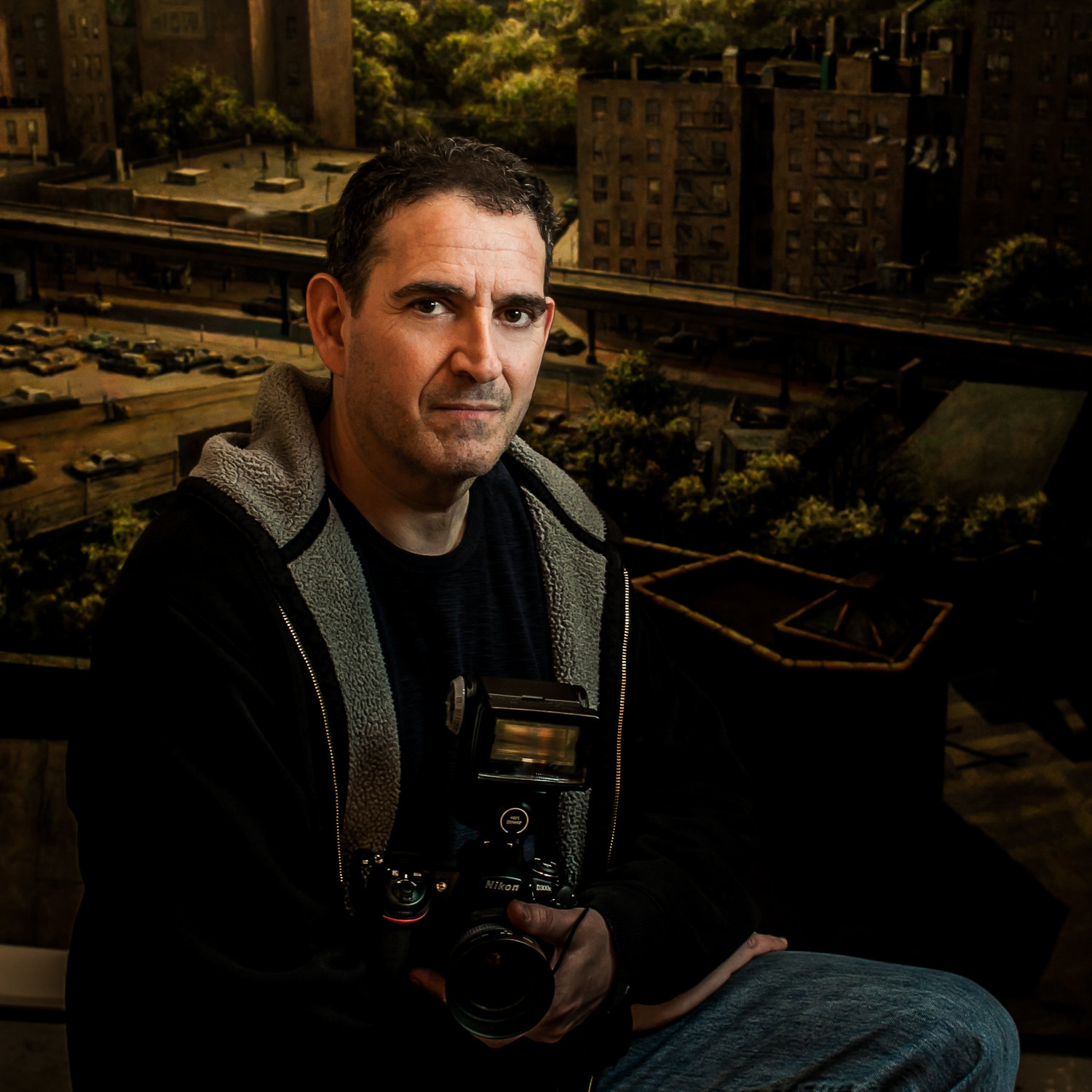 Robert Fass has worked on his portrait series ‘As Long As We Both Shall Live’ about couples who’ve been married for four decades since 1997. An exhibition of it was on display at The Riverdale Y’s Gallery 18, originally scheduled to run through April, but currently closed because of the coronavirus crisis.
Courtesy of Adi Talwar
Previous Next
By RAPHAEL LASSAUZE

There once was a couple who lived in Arlington, Virginia, Hat and Chia.

Both came from Saigon. Both once owned a bike shop. Both had been married since 1942.

Then, in 2000, a photographer stopped by, asking about their lives and their marriage. Chia said that even if she didn’t love him anymore, she would still take care of him. She wouldn’t leave. To her, and to Hat, love was not the reason to stay together.

That photographer was Robert Fass. For years, he traveled the United States to find couples married for at least 40 years. He photographed and interviewed them, hoping to find interpretations to the questions surrounding marriage and domestic life.

Now, it’s part of an extensive exhibit, “As Long As We Both Shall Live,” which has graced the walls of Gallery 18 at The Riverdale Y.

“In a way, this seems to be the last generation that really believes in the phrase, ‘till death do us part,’” Fass said. “I wanted to document and show these people. So much is changing now, and examining why people lived like this for so long without forcing out an answer to ‘is marriage necessary?’ is important to me.”

It began with a family trip. Fass’ parents took him on a weekend retreat to a log cabin in West Virginia. Coming along for the ride was a Nikon F camera, which allowed Fass to capture his parents sitting on a couch before a fire, their bodies surrounded by the cabin’s darkness.

Not long after this photo was taken, Fass’ father died.

“The pictures were put out at his memorial service,” Fass said. “They had strong effect on a lot of people. They took on an archival aspect. Friends and their friends started asking me if I could photograph them as well, but then my documentarian friend suggested I interview them too. I liked the idea.”

Fass was turning 40 that year, and attributes his age as a parameter in his work — the couples must be married as long as he’d been alive.

“Along with that and the parameters of American citizenship, I met a lot of great couples,” Fass said. “First generation, happily married, descendants of pioneers, and some other, more subtle dynamics I saw.”

The dynamics and nuances lie within Fass’ photography. But he’s also provided a paragraph for each, outlining the major points of the couples’ lives and including snippets of dialogue, forming a vignette for the viewer to read and marvel at. There are a great plethora of stories and scenes, but Fass knows his work does not necessarily encompass the new world of LGBTQ marriages and partnerships — dynamics and events which have been on his mind since the beginning.

It does, however, provide context and history.

“Same-sex marriages hadn’t been 40 years or longer back then,” Fass said. “It was such a hot topic while I was doing this. That’s the backdrop against which people should be looking at this — seeing what responses they have about their own life and marriage, and examining their own beliefs about roles and gender issues. That’s only continued to grow, and that’s why I brought the exhibit back.”

Back to life, that is, after a final show in China in 2011. But also back to the Bronx. Fass first presented a set of a dozen photographs at the Hebrew Home at Riverdale in 2001, the set which would later become the core of his current exhibit.

Maria Neuda, Gallery 18’s head curator, found the theme to be a perfect fit for her Riverdale Y installation.

“Robert’s a friend of Danny Hauben,” Neuda said. “Hauben’s an artist of high repute, and he also teaches an art class here. They came to an exhibit, and he brought Robert with him. Robert talked to me about this project, and that he wanted to show here at the gallery. That was interesting to me. When he said it had a major display at the 92nd Street Y, and it’d been to Austria and Germany too, I was excited.

“Started in Riverdale, returns to Riverdale, is a nice way to present this work, I feel.”

With the return came a new inclusion to the exhibit — the tale of George and Peggy. After decades of marriage and strict religious observance, Peggy found out her husband was gay. He came out at 60, yet his wife did not cast him aside. And he didn’t want to leave, either.

In fact, they felt more secure knowing, staying together for a reason that went beyond love.

“What does the word ‘marriage’ mean now?” Neuda asked. “With all social mores turning into something else, there is an explosion of options. What still remains of the institution?

“I thought that was a very interesting and important question.”

Robert Fass, As Long As We Both Shall Live, Gallery 18, The Riverdale Y, Raphael Lassauze