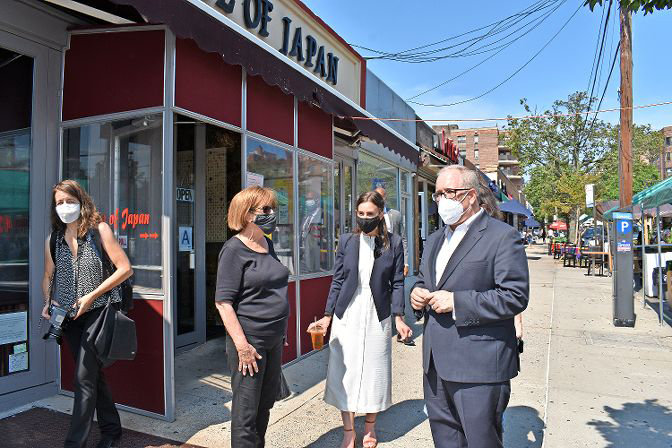 Although it should be no surprise to anyone paying any attention to city politics, New York City’s comptroller Scott Stringer is now officially running to succeed Bill de Blasio in the mayor’s office.

Stringer announced his bid on Tuesday at Inwood Hill Park, joining some of his upfront supporters, including state Sen. Alessandra Biaggi.

“This city is strong. Our people are strong. But they should not have to fight their way back on their own,” Stringer told the crowd who gathered for his announcement, according to a release.

Stringer followed his announcement by traveling across the Broadway Bridge to Riverdale, where he walked Johnson Avenue, talking to shoppers and residents, joined by Biaggi.

Stringer joins what many are describing as a crowded race for 2021 that already includes the city’s veterans services department commissioner Loree Sutton, and former U.S. Housing and Urban Development secretary Shaun Donovan.

Bronx borough president Ruben Diaz Jr., had been an early favorite in the race, but dropped out earlier this year.