With Suicide Prevention Month here, area students want a seat at the table 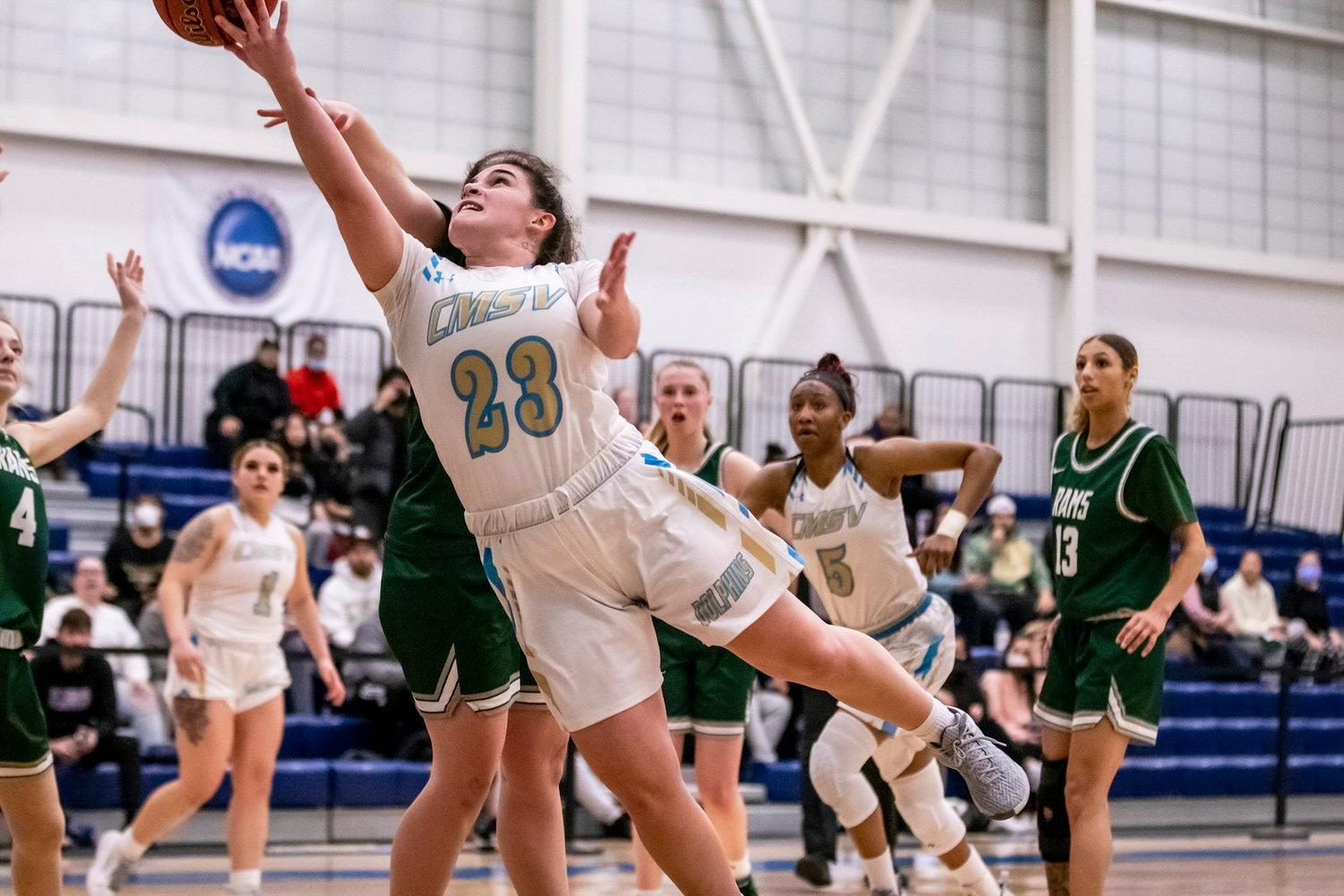 Kayla Hanley is a member of the women’s basketball team at the College of Mount Saint Vincent. But when it comes to addressing mental health in student-athletes, Hanley wants everyone to be on the same team while taking advantage of mental health resources like Everfi being offered at The Mount.
Courtesy of Joe D'Alosio 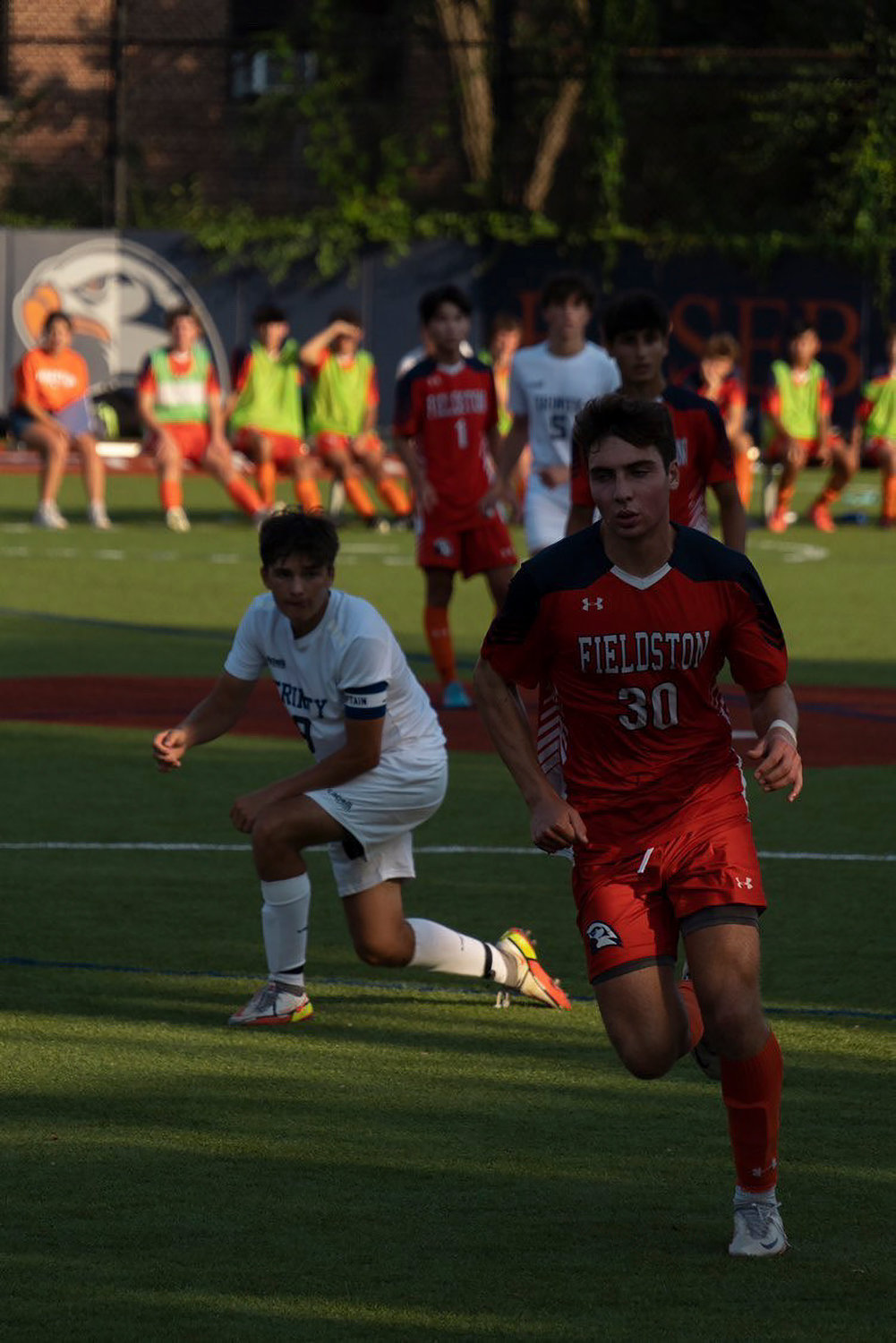 Jedd Horowitz played basketball and lacrosse at Ethical Culture Fieldston School before settling on soccer as his preferred sport. The relationships formed by playing sports, according to Horowitz, are critical to finding peace and happiness amidst the busy lifestyle of a student-athlete. In his view, the conversation about mental health should be open to all to move away from the stigma.
Courtesy of Ethical Culture Fieldston School 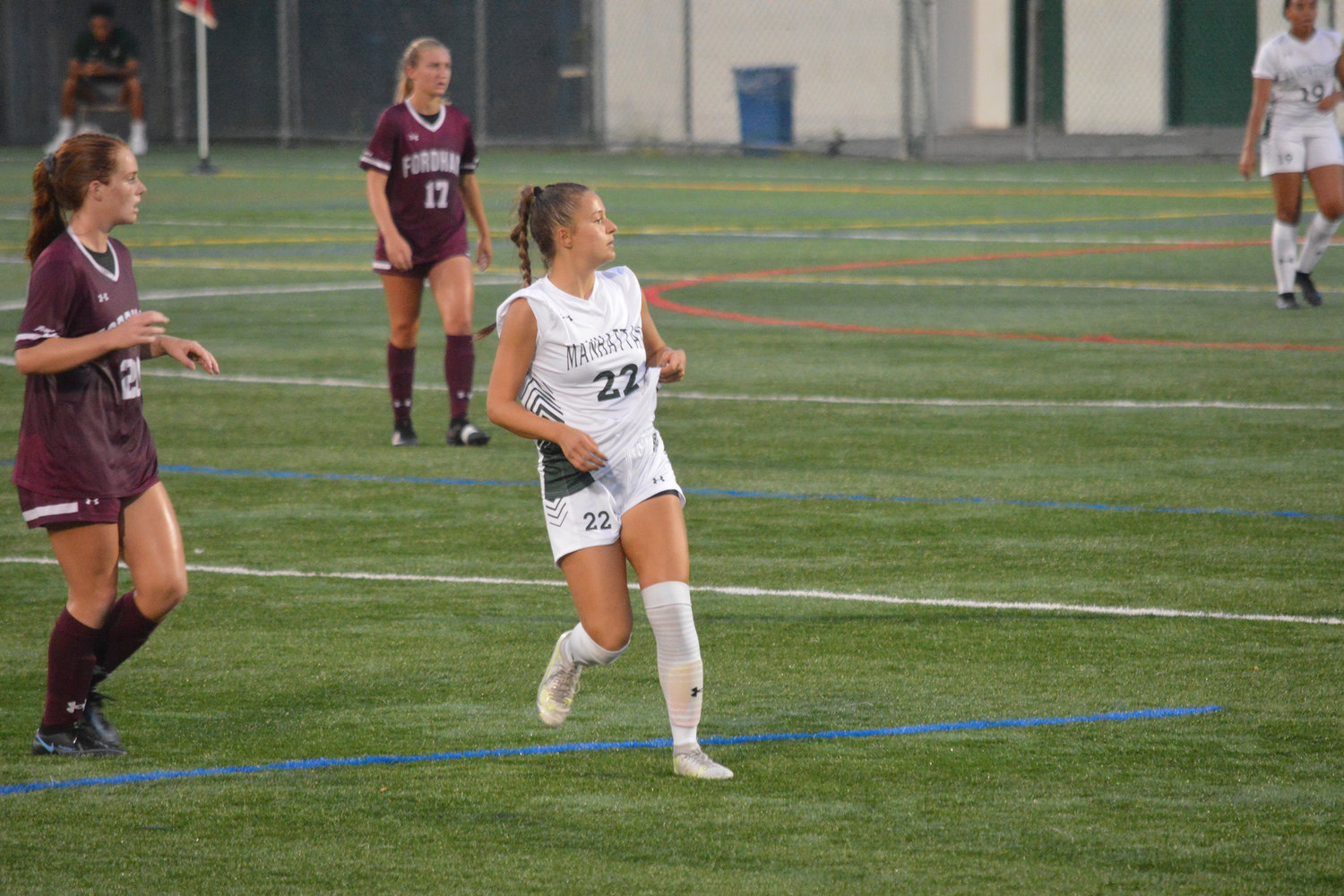 With September being Suicide Prevention Month, Nicolette Caneda of the Manhattan College women’s soccer team has taken to social media to create more awareness about it. While doing so she also serves as a campus ambassador for two mental health nonprofits — Hidden Opponent and “Morgan’s Message” — the latter of which raises awareness for mental health in student-athletes by honoring the legacy of former Duke lacrosse player Morgan Rodgers who died from suicide earlier this year.
Courtesy of Manhattan College athletics department
Previous Next
By Pete Janny

A friend is only a phone call away to check in with. In some cases, it could even be a roommate who is struggling in silence.

Athletes at schools around Riverdale are participating in the conversations surrounding suicide awareness, and mental health in general. And that’s not just because September is Suicide Prevention Month. Now more than ever they feel inclined to speak up instead of staying on the sideline as the number of suicides grow nationally.

Vivian Schmidt, a Riverdale resident, is a single mother of three who lost her oldest child, Franc Pozo-Schmidt, to suicide earlier this year at only 25.

Franc started weight training at 13 and carried a love of sports with him to Salesian High School in New Rochelle where he was on wrestling and track teams. He always wanted to be a personal trainer after graduating from SUNY Albany, and realized that dream through his work with and mentorship of two younger kids with autism.

“He was so friendly, so polite and so well-mannered,” Vivian told The Riverdale Press.

“He always looked out for his siblings and started training them on jiujitsu and muay thai.”

Vivian hears stories about suicide impacting families like hers, which is reminder that they are “not alone” in their suffering. That will especially be true come Oct. 23, a date reserved for a community walk at Lower Manhattan’s Pier 16 to remember Franc and every victim.

“The American Foundation for Suicide Prevention is accepting donations to raise awareness for political policy and many other things,” Vivian said. “With awareness we are hoping to remove the shame and connect with families who are survivors.”

The pandemic led to an increase in suicide among young adult males and people of color according to Verywell Mind, a health and wellness website. And although there is no conclusive link — at least yet — between suicide and pandemic isolation, experts are trending toward that belief even as the long-term effects remain up in the air.

Nothing is new about student-athletes having to balance playing sports with taking classes. Yet, in recent years, there has been a shift in landscape after being forced to adjust to remote classes during the pandemic on top of the swarming presence of social media.

The overload and stress can be a lot, which is why young athletes are speaking up about it.

“Mental health often gets sidelined when people are constantly thinking about their next game or test,” said Jedd Horowitz, a senior at Ethical Culture Fieldston School, and a member of the Eagles’ varsity soccer team.

“If you are not in the right place mentally, it is difficult to find success and happiness in school — and sports.”

That’s why helping their fellow athletes can create a safer campus environment for everyone — and maybe even save lives. Overall, the statistics on suicide in America are heartbreaking, like how 7 percent of deaths among student-athletes come by suicide.

The stories are devastating. There was Stanford soccer goalie Katie Meyer — who died from suicide in March, and before that Washington State quarterback Tyler Hilinski in 2018 among the lives cut short. The root of it all is clear — mental health — yet more questions than answers seem to remain.

Though every school offers different resources, the ultimate mission for achieving a healthy and safe environment is the same for athletes around the greater Riverdale area.

At the College of Mount Saint Vincent, athletes are trained to be more vigilant about the warning signs of suicide and other mental health struggles through an online educational program called Everfi.

Created in 2008, the technology is described as a “digital learning solution” offering a reporting function to alert school officials about everything from suicide watch to instances of substance and drug abuse.

Registration is mandatory at the start of each semester, equipping every witness and victim with an outlet to report anonymously.

The program “gives me opportunities and knowledge of things that are on campus that I didn’t know about,” said men’s volleyball player Felix Paulinho.

“I could apply it to my everyday school life.”

Studies show a correlation between stress with academics and an increase in anxiety or depression in other aspects of life, according to one from earlier this year published by Frontiers Media.

The Academic Resource Center at The Mount is meant to alleviate those burdens.

“Students can go and get tutored in anything there,” Paulinho said.

It is the little things like check ins from professors and coaches that matter too.

Coaches especially are expected to care about the mental health of student-athletes because they work with them daily.

And while most coaches do seem to care, according to sophomore Kayla Hanley of The Mount women’s basketball team, there is room for her school to improve in the fight against mental health.

“Our campus does a lot for its students but I wish they did more for the student-athletes in particular,” Hanley said. “It could even be having a mandatory check once a month.”

For Horowitz, the idea that teenagers of his generation are a product of the social media age and the baggage it carries seems to resonate with him. Instead, he much prefers the authentic relationships he and his teammates have which most abundantly come from playing a sport together. Even if that means taking it up another notch by having honest conversations about mental health to remove the stigma.

“Athletes are an extremely strong group of people,” Horowitz said. “The toughness that we athletes have needs to translate to being brave enough to be vulnerable and sensitive in mental health conversations.”

Horowitz is on the same page with the work being done at Fieldston to address mental health. The list of resources include a mental health club, available appointments with school psychologists, and an annual assembly featuring personal testimonies about mental health.

“I think my school provides a lot of resources to help,” Horowitz said. “I just wished people would tap into them more.”

When she’s not playing for the Manhattan College women’s soccer team, Nicolette Caneda often promotes positive messages for mental wellness and offers resources to others on how mental health struggles can manifest. The power of the mind can lead to good or bad results for young athletes, Caneda says, which is why showing empathy and compassion is crucial.

“As athletes, our mental health struggles are seen as ‘ part of the process’ and are very normalized,” said Caneda, who serves on the Metro Atlantic Athletic Conference’s student- athlete advisory committee representing the college’s chapter. “Burn out has become second nature and the way we perform directly impacts how we determine our worth as people.”

The stereotypes about athletes are another factor to consider, according to Andria Scaglione, a senior on the Manhattan women’s cross country team. Scaglione is concerned many young athletes will continue to struggle in silence if they are simply told messages of “not showing weakness” or “staying strong.” Still, she views mental health challenges as a personal battle worth fighting for without having to lower one’s self worth.

“I really enjoy journaling my thoughts and talking things out,” Scaglione said. “The saying ‘what you don’t water doesn’t grow’ kind of serves as my philosophy toward my own mental health.”

Caneda and Scaglione are both campus ambassadors for Hidden Opponent, a nonprofit advocacy group which raises awareness for the mental health of student-athletes. Caneda is also working with the nonprofit called  “Morgan’s Message” named in honor of Duke women’s lacrosse player Morgan Rodgers who died by suicide in July 2019.

Caneda is invested in the movement for the long haul. The sophomore midfielder is studying psychology with plans to become a sports psychologist after she hangs up her cleats.

“My message to every student athlete struggling with their mental health is to lean on people around you,” Caneda said. “No one is expected to be 100 percent okay all of the time.”

Those reminders carry a little more weight this month to honor the lives lost. Everyone is a teammate in the fight against suicide.