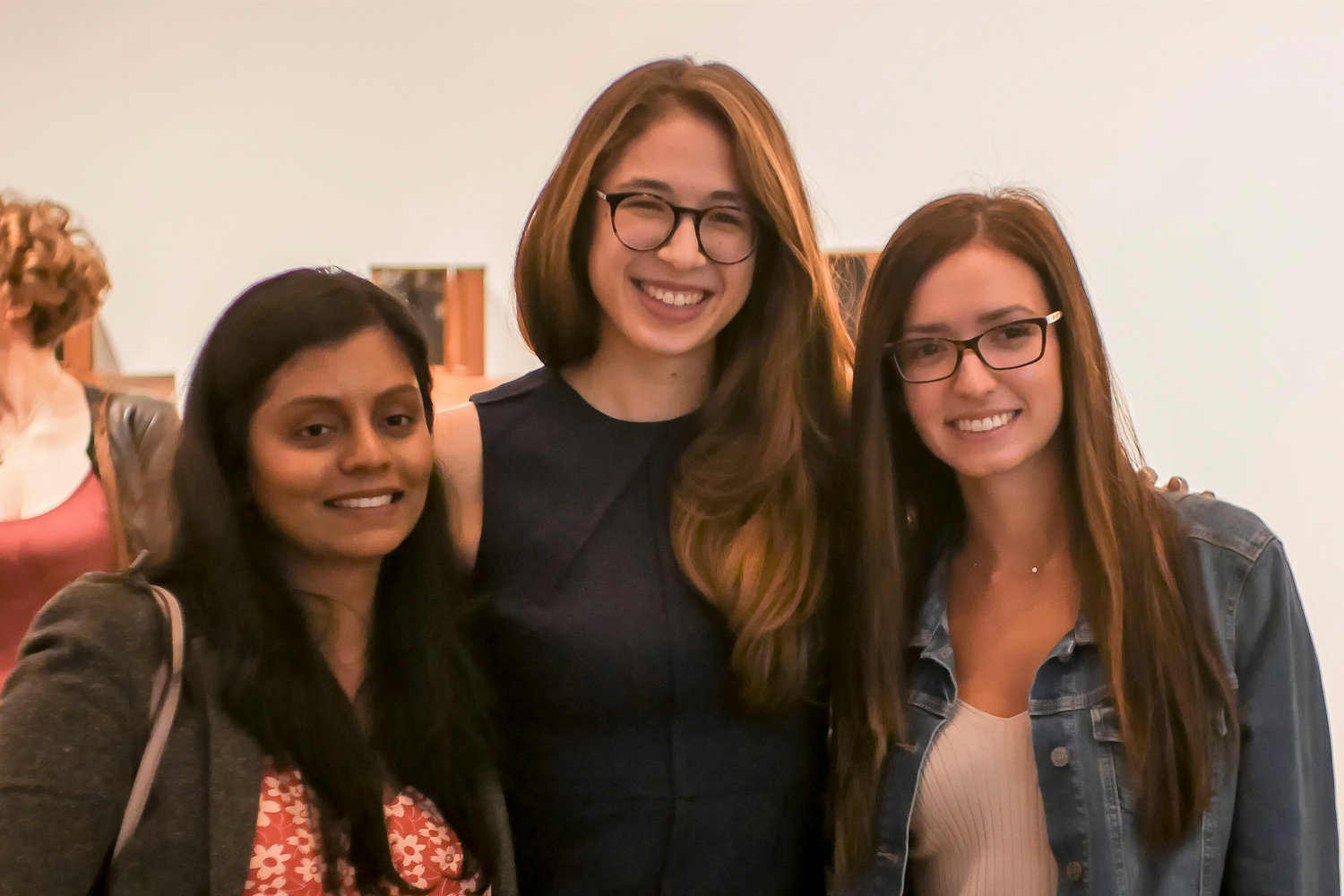 Alison Wong comes from a Chinese-German American household where she grew up confused over her identity. As for her education, she graduated in 2015 with a bachelor’s degree in environmental science and political science from Macaulay Honors College, a part of CUNY at Lehman College. Currently she lives in London where she received her master’s in anthropology of food from SOAS University of London.
Hiram Alejandro Duran 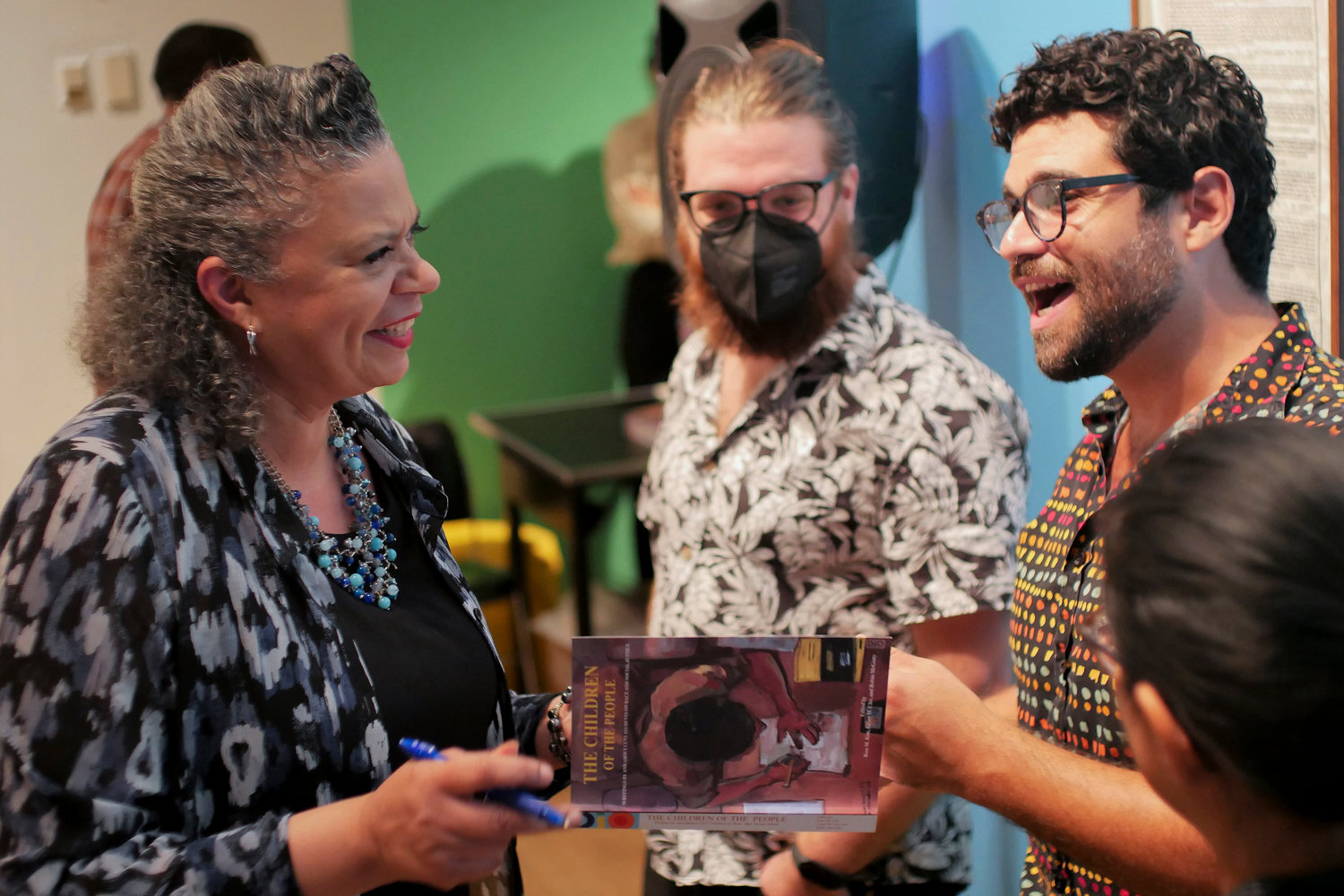 “The Children of the People” recently launched its book about CUNY past and present students on their achievements. The book consists of autoethnographies on the struggles, hopes of immigrant and working-class New Yorkers in the 21st century edited by Rose Kim, Grace Cho and Robin McGinty.
Hiram Alejandro Duran
Previous Next
By Stacy Driks

Alison Wong can easily recall her time at Fiorello H. LaGuardia High School of Music and Performing Arts over a decade ago, walking the hallway and preparing to apply to colleges.

Education is important to Wong’s family, which is of Chinese-German descent. The conversation around the dinner table was what college are you going to, rather than if you are going to college at all.

“One time I asked, what if I don’t go to college? And they were like, ‘Oh there is no other option,” Wong said.

For teenagers, choosing a college of their choice can be challenging. In some situations, it can be multigenerational pressure, especially when students come from a multiracial household.

“On top of that pressure, I wanted to impress them, and it became internalized that I wanted to succeed and do well in school,” she said.

But it was not her parent’s fault that pressure was brought on her at such a young age. It was their upbringing. Coming from a Chinese traditional household, her father often studied as much as possible.

She thinks it was also on her German side of the family too.

Wong said her grandparents were strict with her dad and his siblings. Mainly it was financial because her grandparents always wanted their children to do better than them, especially coming to America.

While her father went to work, her grandmother often watched Wong and tried to teach her similar things.

During a college fair at her high school, Wong was curious as she walked by each table to figure out her future and narrow her choices in life.

“I was more leaning to exploring versus going in and immediately knowing what I wanted to do,” Wong said.

CUNY’s Lehman College —Wong’s hometown four-year public institution— explained the different programs the college offered. She was already familiar with the college campus, as she went there several times for various events.

She applied to different institutions—yet many of them required a major be declared early on.

She eventually enrolled at Lehman and graduated with her bachelor of science degree from Lehman’s Macaulay Honors College in 2015 with a full scholarship.

“It completely changed my life,” she said.

Wong graduated with zero debt, gained resources such as special advisement, and funding to study abroad.

As Wong took the extra mile to figure out what direction her life should go, her first stop was Florence, Italy. Her next one was closer to her roots: Beijing and other cities in China.

The trip reminded her of her grandmother, who she loved dearly. However, there was a slight disconnection between them because of a language barrier.

“Being able to kind of share that time and space with her in the kitchen, also at the dining room table was a way in which we connected,” Wong said.

Her grandmother mainly spoke Cantonese. Wong truly understood who her grandmother was through her culture’s cuisine. After her grandmother died, it took Wong time to realize that there was a strong connection, which remains a special memory.

Her time at Lehman was not over. She put her master’s on hold and began working in various departments such as video production, then switched to administration work with students.

“It was kind of a way to give back to Lehman for what Lehman gave to me,” Wong said. “I think working with students is something that I was really passionate to do. Being able to offer the ability to create partnerships with the school, outside of Lehman’s, I think was amazing.”

She worked in the NYC Tech Talent Pipeline, which partners with many CUNY institutions, including Macaulay and Lehman. The initiative is to work with academic institutions to give students the exposure and industry experience needed to start careers in technology.

According to the talent pipeline, there are 300,000 tech jobs that help businesses thrive. The high-paying entry-level roles can lead to fulfilling careers. If a company needs a website, they call a tech person.

Through its listservs, her life changed into a passion for writing as the school offered writing courses through the Center for the Humanities.

“They have many initiatives, and I was a part of this section,” she said.  “It was pretty amazing what they do.”

Various workshops were offered, such as autoethnographics. It is a form of writing that combines personal experience with a larger focus on society and one’s own culture.

The humanities center also had a group of researchers called, “Autoethnographies of Public Education and Racial (in)justices.”

It was at these workshops where Wong met Rose Kim, a sociology professor at Borough Manhattan Community College, along with acclaimed poet and novelist Bushra Rehman.

In 2017 Grace Cho, a sociology professor at the College of Staten Island, and Kim developed two projects. But first, they needed to apply for the Andrew W. Mellon Foundation grant for the Seminar in Public Engagement and Collaborative Research.

“It’s a mouthful, but it basically translates to a project that is produced by the public. Rose and Grace had an idea to create stories and narratives based on CUNY experiences,” said Kendra Sullivan, interim director for the Center for the Humanities.

Workshops and a play

It was an effort to promote the humanities as a public good.

Rehman’s workshop produced a whole suite of works, which grew and evolved into a play called “Invisible freedoms by Theater for Social Chance.” It was written and performed by members of the College and Community Fellowship, a group of playwrights and actors who are all formerly incarcerated women.

The fellowship enables women who were in prison earn college degrees. The pathway to education is often disrupted due to incarceration. The fellowship has been around for over 20 years, leading to civic engagement.

“Two Truths & a Lie” was led by Rehman. The course taught students the craft of writing memoirs as well as elements of autoethnographies.

“Starting out as a writer, you kind of have this level of imposter syndrome that— what do I have to say about myself?,” Wong said.

It was an eight-week course, but Wong said she stayed around six months.

Writers received a $50 MetroCard, and consideration in a special journal.

“We were just really interested in looking at how the experience of public education shaped the way people were living their lives and shaped civic discourse around the way they experienced the city,” Sullivan said.

Roughly two of every five New Yorkers, or about 82 percent, have been to CUNY. Ironically the same number of CUNY graduates stay in New York City.

The publication became such a huge tome that both developers decided to write a book that was published by the DIO press.

Cho and Kim teamed up with Robin McGinty, who received her Ph.D. in geography from earth and environmental science program at the Graduate Center.

“Rose put a lot of her time to this book — the amount of work she put into this — they all did amazing,” Wong said.

One of the published works captures her experience of being in a multiracial household.

Wong “describes the pull of different cultures within her family and her desire to bridge the gaps and silences,” Kim said.

On Sept. 15 there was a book launch at the James Gallery in the CUNY graduate center.

“It was really cool to meet everyone who contributed to the book,” Wong said. “I was really honored.”

Sullivan said the book brought everyone together— literally in the same room for the first time in two years. They celebrated the book that was six years in the making.

Sullivan said that she is very passionate about CUNY and what it offers in the ways in which it can lift up civic life and discourse around the city.

She attended CUNY, receiving two masters, and is currently on her way to a Ph.D.

Wong was not the only Lehman student, however. Unavailable to speak with The Riverdale Press, Lisa Dazzel, a recent graduate of Macaulay Honors College of Lehman, has her piece included too.

Dazzel poem powerfully speaks to the centrality of racialized inequality in our society.

She received her bachelor’s degree in psychology and Africana studies with a minor in health and education. She is enrolled in a doctoral program in counseling psychology at Iowa State University, where she is studying race, risk, and the stigma associated with mental health in the black community.

As for Wong, she lives in London and received her master’s of food anthropology at London University. It’s under the subsection of cultural anthropology, which studies humans.

She spent that year studying the connection between food and humans, what people eat, and how they eat it.

“I hope readers will get a fuller picture of the life challenges that CUNY students face—both in their personal lives and in the pursuit of their education,” Kim said.