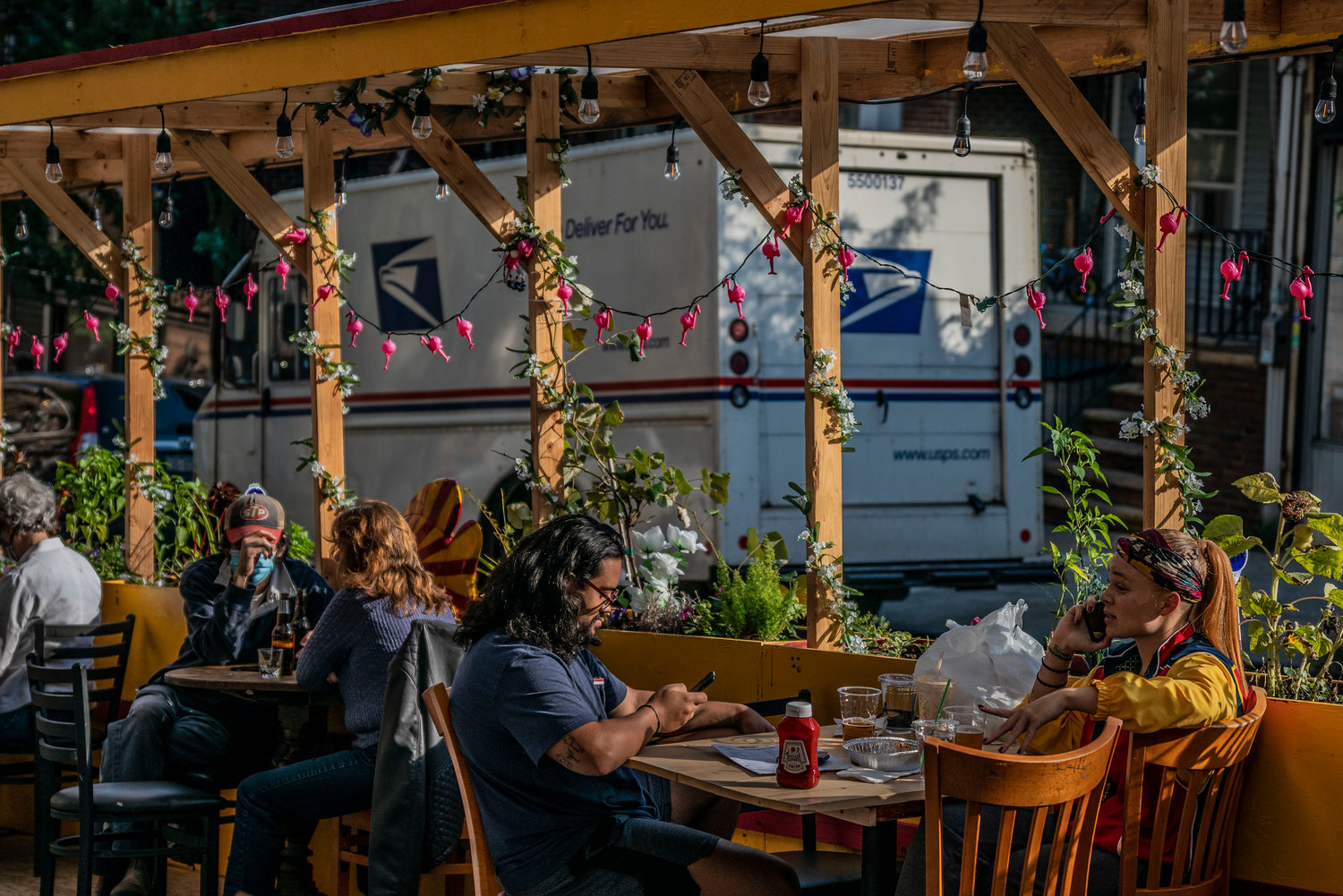 An Beal Bocht Café has been an oasis for Manhattan College students looking to take a break from campus life. The Irish pub features a serene outdoor dining set-up, and saw business drop when the school shut down its campus in the middle of the coronavirus pandemic.
HIRAM ALEJANDRO DURÁN 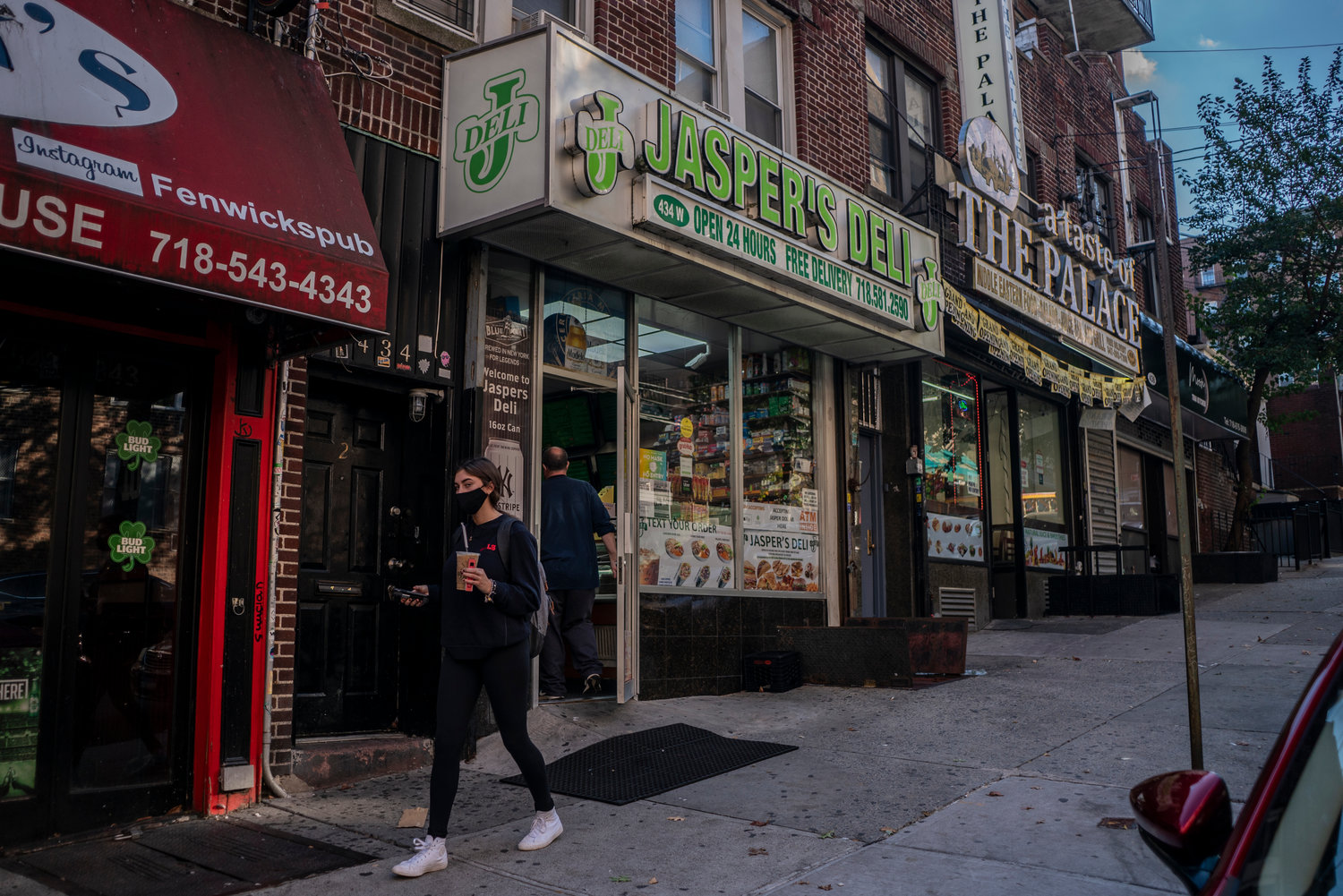 A number of Manhattan College students have flocked to Jasper’s Deli since the start of the fall semester in late August. Businesses like those on West 238th Street suffered when college campuses, like Manhattan’s, shut down in the wake of the coronavirus pandemic last March.
HIRAM ALEJANDRO DURÁN 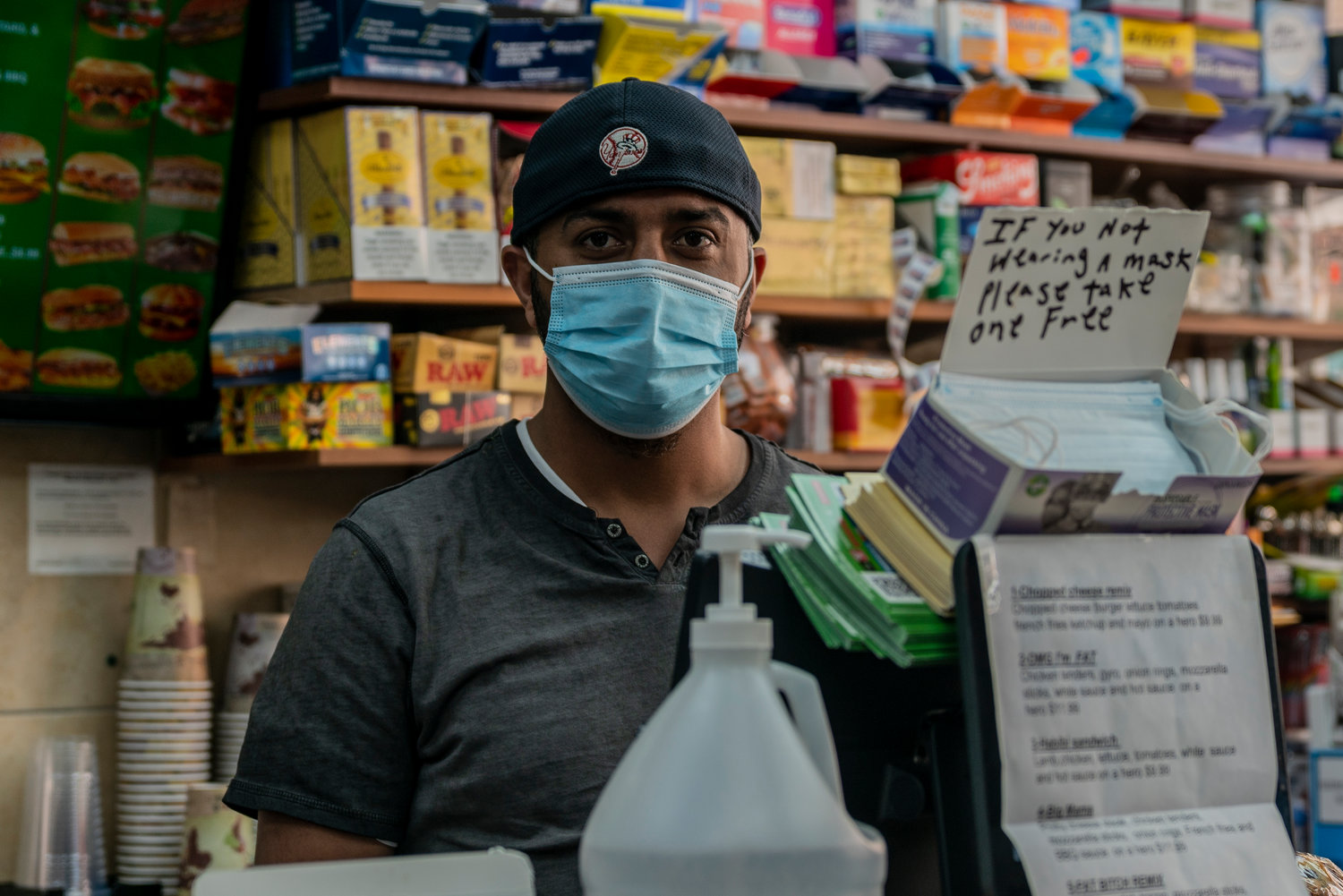 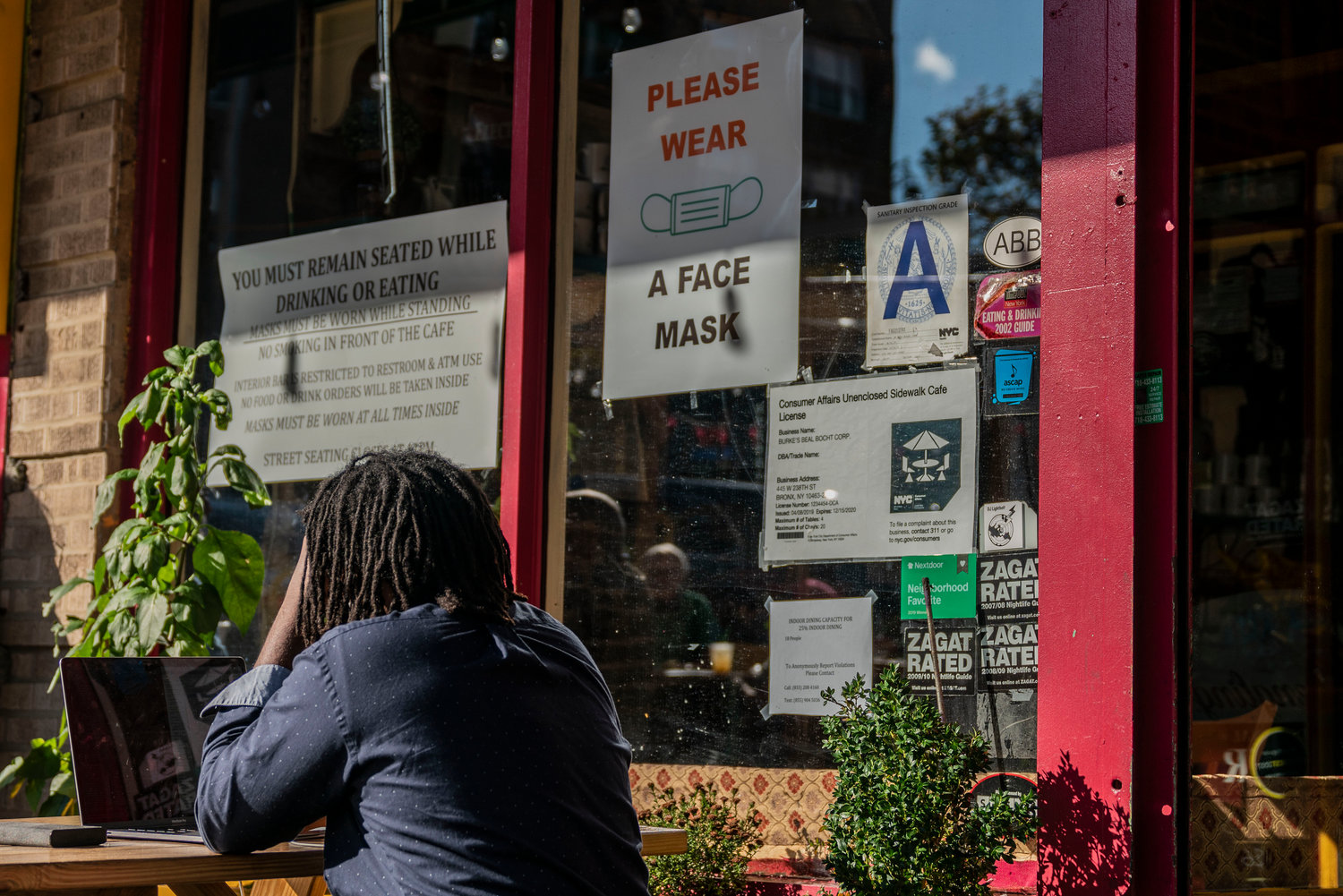 Jasper’s Deli is open around the clock, primarily to serve students from nearby Manhattan College. The West 238th Street eatery struggled like many others when campuses shut down in the wake of the coronavirus pandemic.
HIRAM ALEJANDRO DURÁN 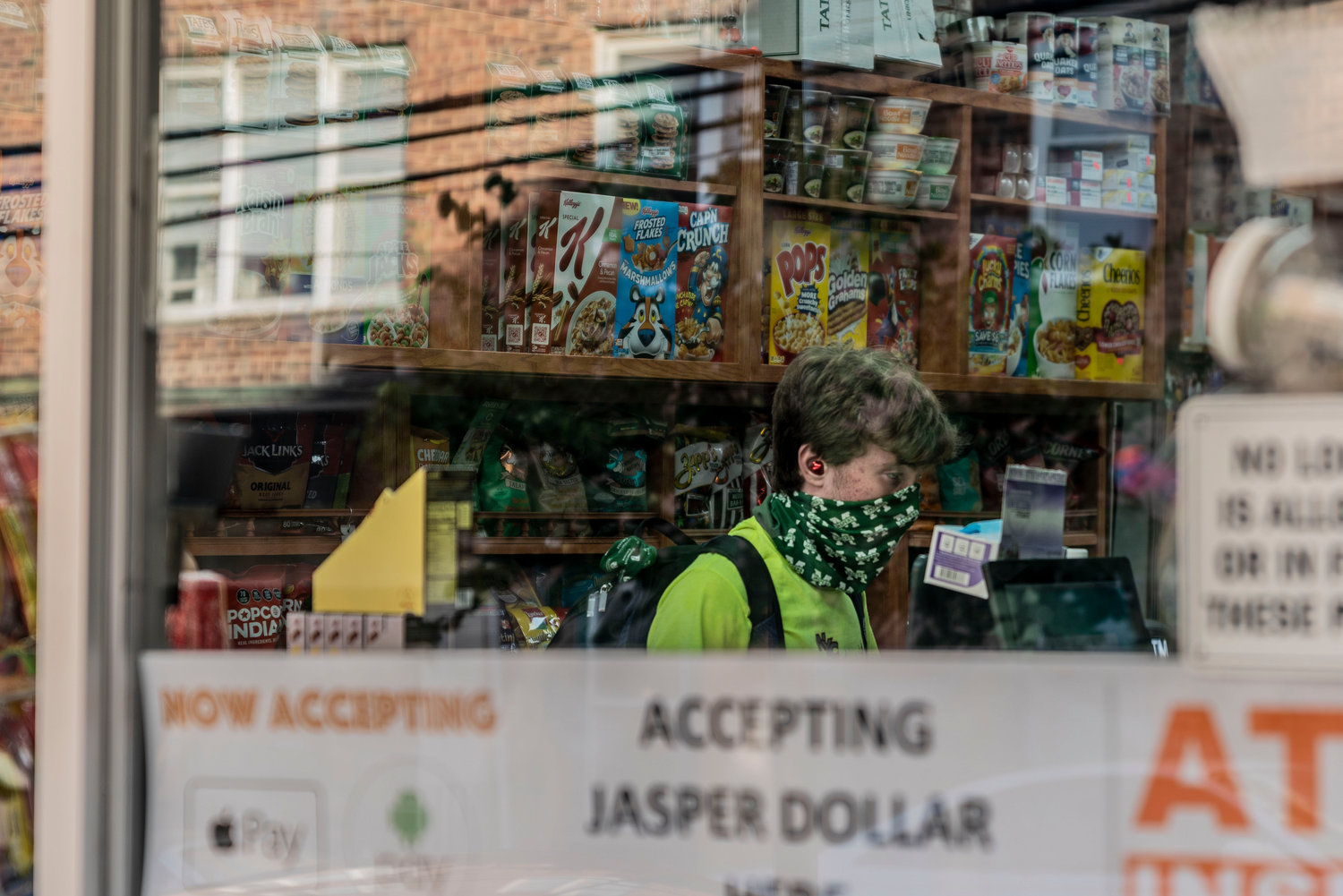 Jay Aowas has owned Jasper’s Deli since it opened in 2007. A lifelong Riverdale resident, Aowas is hopeful better times are ahead for his business and neighboring ones now that Manhattan College has reopened its campus not far from his West 238th Street business.
HIRAM ALEJANDRO DURÁN 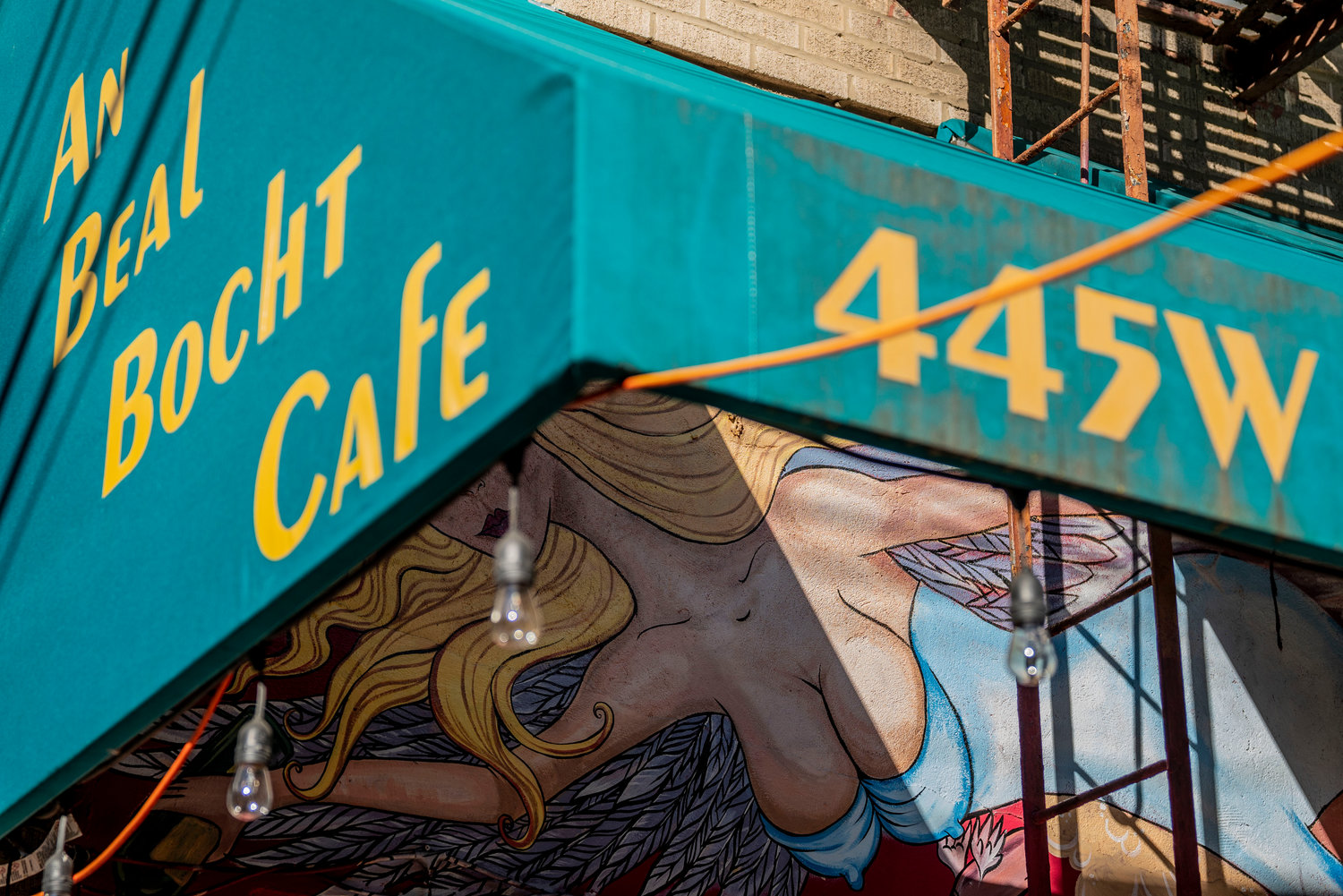 The outdoor dining area at An Beal Bocht Café has been a boon for the pub amidst the coronavirus pandemic. At night, many locals congregate on the terrace, which is adorned with lights and plants.
HIRAM ALEJANDRO DURÁN 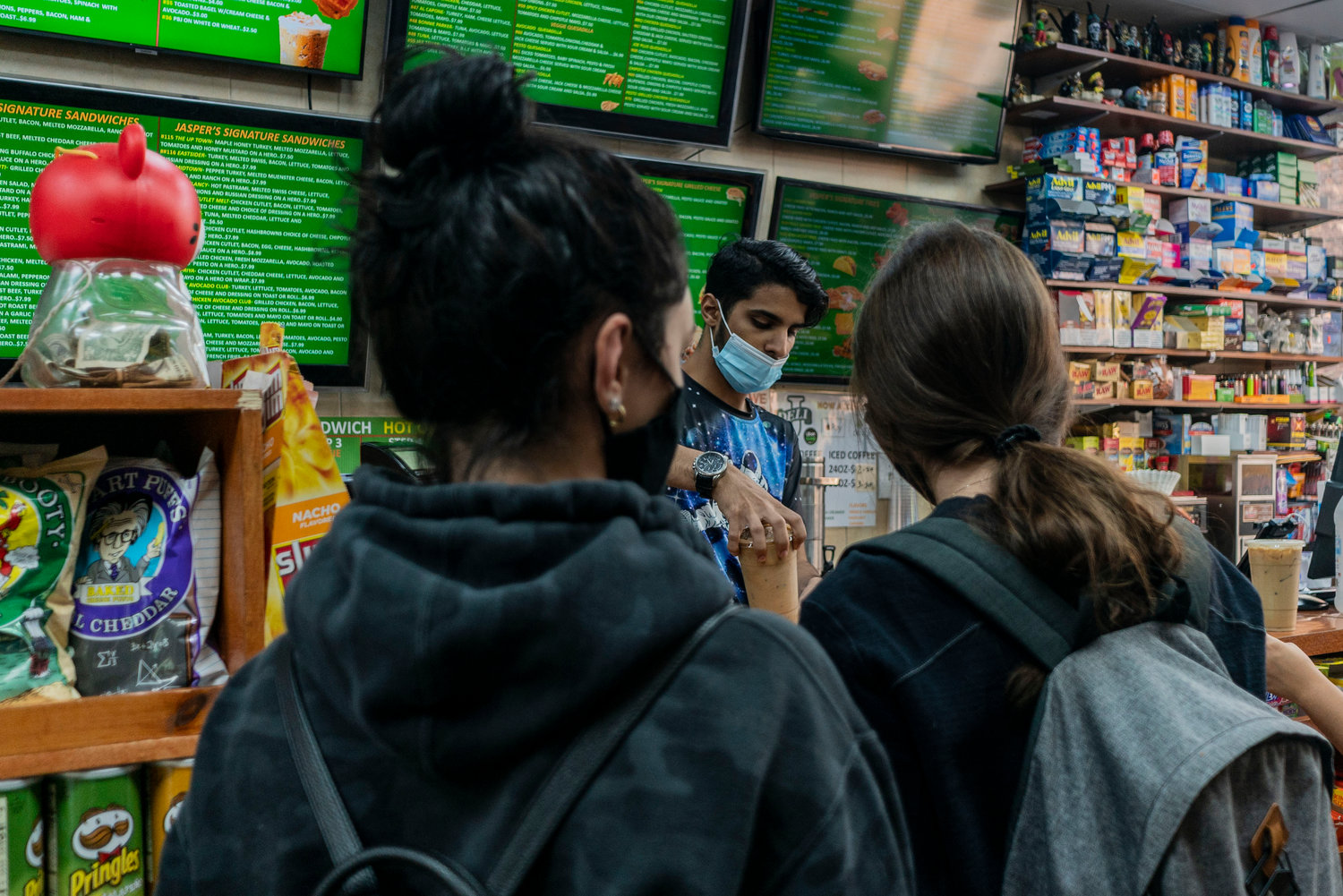 An Beal Bocht Café has transitioned well even in the midst coronavirus pandemic restrictions. Businesses like the West 238th Street pub have opened up outdoor seating, helping it fare better during the global health crisis.
HIRAM ALEJANDRO DURÁN 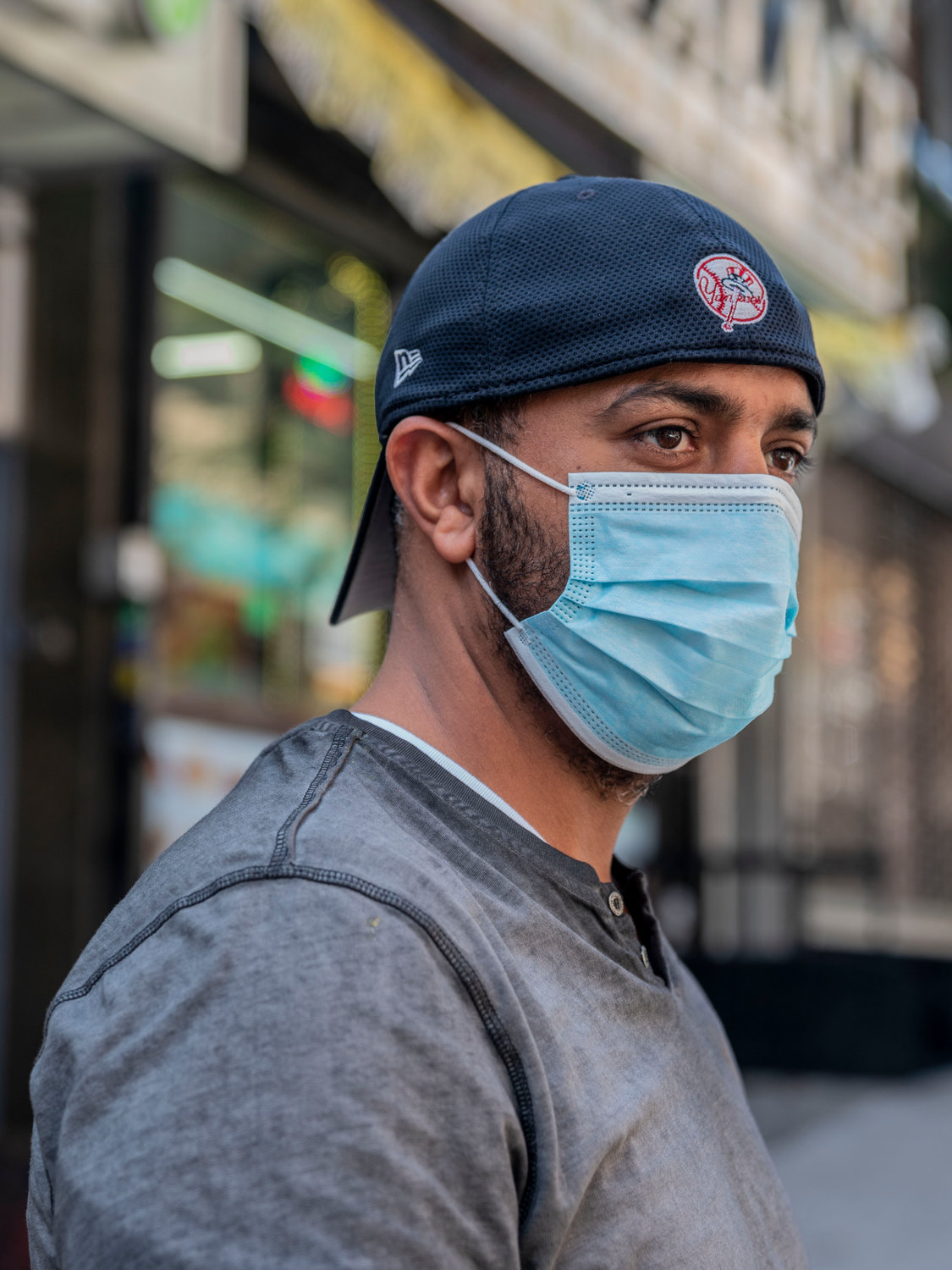 Jasper’s Deli owner Jay Aowas has followed in the entrepreneurial footsteps of his father, who owned a Greystone Avenue business dating back to the 1980s. Aowas’ older customers at Jasper’s have told him they could have never imagined operating a business through a global pandemic.
HIRAM ALEJANDRO DURÁN
Previous Next
By PETE JANNY

Colleges and food. The young adults flocking to campuses bring with them significant appetites, many times needing to be satiated around the clock. That means big business for anyone selling food not far from colleges and universities — unless something happens that seems to only hit society once every century.

That something was the coronavirus pandemic, shutting down campuses — and ultimately businesses — across the city, state and even country since the middle of March.

All of a sudden,  those late-night visits to nearby pizza joints and delis disappeared, and with it the much-needed cash flow at the very businesses that are staples of the college off-campus community.

The business corridors surrounding Manhattan College weren’t spared at all, particularly the businesses that line West 238th Street near Waldo Avenue. With no students in the neighborhood for several months — along with some new state-enforced regulations —  some businesses just couldn’t make it.

And now, even with some students returning, major question remarks remain for some of the landmark businesses surrounding schools as many of them just look to getting out of 2020 intact.

Jasper’s Deli is a sort of cultural institution for Manhattan College students. Naturally fond of its name — identical to the school’s mascot — Manhattan students have crowded the West 238th deli since it opened in 2007. In the wake of the pandemic, however, Jasper’s now is fighting to regain lost sales while students were away.

Fortunately, Jasper’s setbacks have paled in comparison to neighboring businesses thanks to some robust delivery sales, and now with Manhattan at least partially reopened again, the deli is seeing things slowly pick up.

“There’s big hope that the college is back,” deli owner Jay Aowas said. “It’s the first big step we’ve seen since the pandemic.”

Others didn’t even make it to the college’s return. Pizza Supreme, which opened at 5959 Broadway in December 2018, quickly gained a foothold in student circles at the college, becoming the third player alongside Broadway Joe’s and Goodfellas in the competition for pizza primacy among Manhattan students. Their spacious dining set-up frequently played host to functions organized by the college, aside from the informal groups of students who would casually dine there on the weekends.

But now Pizza Supreme is gone.

“I know that a lot of Manhattan students frequented that place on the weekend and caught a quick slice during the week,” said sophomore Will Von Heill. “I know some small businesses have filed for bankruptcy so they can hold their money and maybe reopen. It’s unfortunate places like Pizza Supreme weren’t able to make it through.”

Fenwick’s Bar and Grill — a neighbor to Jasper’s Deli — shuttered shortly after the pandemic exploded. Even as other restaurants and bars transitioned to takeout and delivery, Fenwick’s — known more for its beverages than its food — chose to shut down without experimenting with outdoor seating.

It doesn’t share nearly the same sidewalk real estate as An Beal Bocht Café just across the street — the festive Irish pub has become an even more popular destination for students with its homey outdoor dining set-up during the pandemic. There is certainly some real concern on whether or not there is a future for Fenwick’s, especially after a new report from state comptroller Thomas DiNapoli predicted that as many as 50 percent of New York City’s bars and restaurants will close permanently.

That could mean the end of as many as 12,000 businesses across the city ceasing to exist, costing more than 150,000 jobs. Restaurants are a big part of the city’s economy, DiNapoli said, with $27 billion in annual taxable sales, not to mention $10.7 billion in wages.

“New York City’s bars and restaurants are the lifeblood of our neighborhoods,” DiNapoli said, in his report. “The industry is challenging under the best of circumstances, and many eateries operate on tight margins. Now they face an unprecedented upheaval that may cause many establishments to close forever.”

Allowing restaurants to offer outdoor dining all year round — even in cold weather — can help curb those losses, the comptroller said, but real efforts will have to be made to establish significant indoor dining again, instead of the 25 percent currently permitted by Gov. Andrew Cuomo inside the city.

“The comptroller’s report sends a critical message that must be heard by policymakers and New Yorkers at large, which is that in order to save our city’s greater economy, our restaurant industry must be at the core of its recovery,” said Andrew Rigie, executive director of the New York City Hospitality Alliance, as part of DiNapoli’s report.

The alliance represents restaurants and clubs throughout the city. It’s calling for both the city and state to focus more closely on how eateries are faring under the stress of the pandemic-created shutdowns.

“While we are appreciative of the government actions taken so far to support our restaurant community and the hundreds of thousands of people it employs, many more policies must be enacted by all levels of government to help save these small businesses and our economy,” Rigie said.

That’s important to Aowas, because he doesn’t want to go anywhere. It’s not just how he makes a living, but also how he contributes to the greater community at large. “It’s like we’re friends instead of them being just customers.”