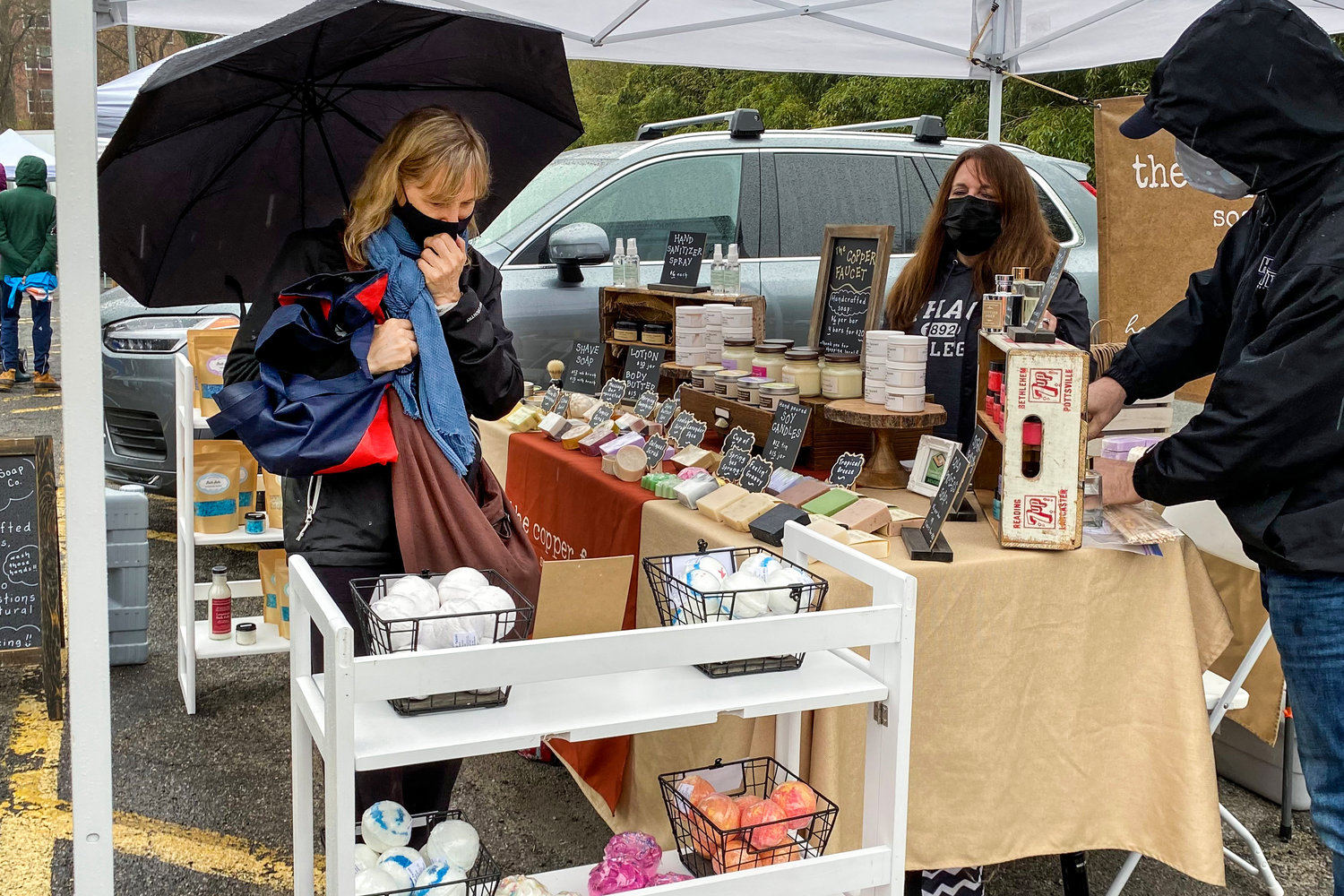 Life moves forward at The Riverdale Y’s Sunday Market at Riverdale Temple with fresh produce from Upstate farms, and now a whole array of activities. In fact, market manager Shira Silverman says there’s some big plans to make the weekly shopping experience even bigger — including plans to go year-round.
Courtesy of Shira Silverman 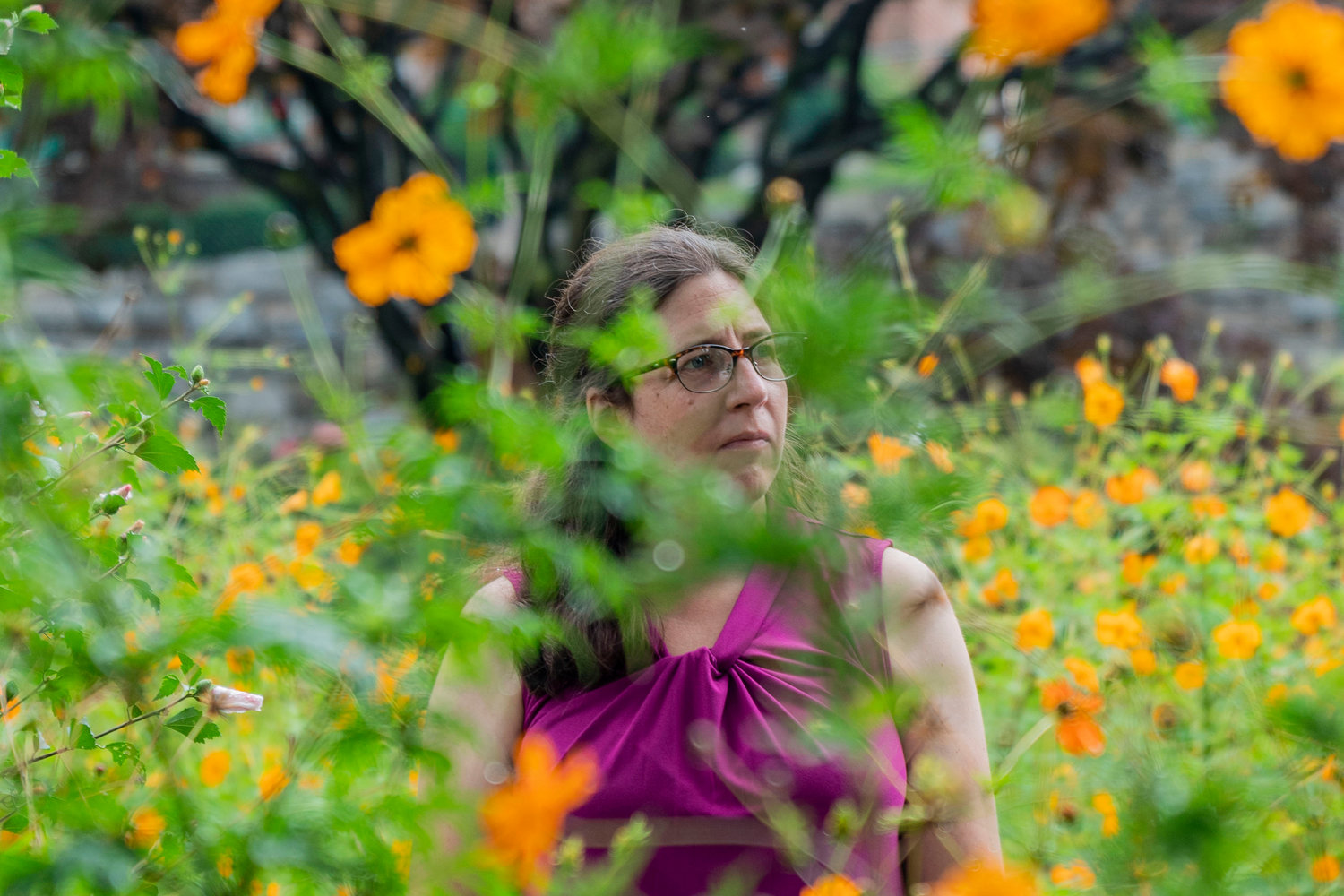 Shira Silverman says it’s time to take The Riverdale Y’s Sunday Market to the next level, including adding new ways for lower-income shoppers to pay, as well as plans to turn the market into a year-round event.
HIRAM ALEJANDRO DURÁN / File
Previous Next
Ready to shop?

The Riverdale Y’s Sunday Market is open every Sunday from 9 a.m. to 2 p.m., in the parking lot of the Riverdale Temple, 4545 Independence Ave.

There are no requirements to make reservations this year, but social distancing remains in force. That means there could be lines to get in, and face masks are required.

To get more details on what’s happening at the Sunday Market, visit RiverdaleY.org/community/Sunday-market.

Vendors include “The Cheese Guy,” Do Re Me Farms, EcoBronx, the Copper Faucet Soap Co., and others.

There was a lot for Shira Silverman to ponder as she kicked off a new season of The Riverdale Y’s Sunday Market last year.

Because of ongoing construction at Riverdale/Kingsbridge Academy, the farmers market decided to make a bit of a move down to the road to the Riverdale Temple parking lot. New venues always come with unique issues, and Silverman had spent months planning how to make this move as seamless as possible.

She anticipated everything she could. But there ended up being one variable she missed completely: the coronavirus pandemic.

“At the very beginning, we didn’t know anything about COVID,” Silverman said. “All these different farmers markets were trying to figure this all out. There were even some in other parts of the country that actually did drive-thru pre-order pickups. You could pre-order, drive up, and they would actually pack it in the trunk of your car so that you didn’t have to come into contact with them.”

With the Sunday Market moving to a parking lot, a drive-thru wasn’t out of the question. But even with virus spread at its initial peak, Silverman knew there were many longing to get out of the house. To be around some people, even if it was at distances of more than six feet.

So the Sunday Market decided to open up. If the number of people allowed in at a time was limited. If people wore masks and kept their distance, and all of it took place out in the open air, it should be at least safe enough to pick up some of the products vendors were offering for sale and get back home.

Shoppers made a reservation to come at a certain time, and then they did their shopping. When they were done, they would leave, and someone else would come in and do theirs. And somehow, it worked.

“I was really strict about things like pre-orders,” Silverman said. “We required all the vendors to accept pre-orders, and they all did. In fact, I think they were happy to do pre-orders. All of that gave us some wiggle room for anything that came up unexpected. Like storms.”

It’s a year later, COVID-19 is still an issue, but there is plenty of light at the end of this long pandemic tunnel. The reservation system is gone, but capacity remains limited, so shoppers may find a little bit of a line when they arrive at the Riverdale Temple on Sunday afternoons.

But even if they can’t shop, Silverman is putting together other things that will not only keep hungry shoppers busy, but give them even more reason to make the journey down Independence Avenue.

One of the first weekly events, for example, comes this week with a kids-focused art creative workshop beginning at 12:30 p.m., right after the weekly food scrap collection ends.

And that’s not the only new thing Silverman has planned. The Sunday Market will no longer just be something seasonal. It’s now going to stretch all year long — even into some of the colder months.

“The whole point is that this market has to grow,” she said. “It’s got to grow. It needs to be a business. And there’s just no reason for the market not to grow. It’s already expanded, and it’s something the neighborhood wants. And we’re ready to give it to them.”

Winter markets will, of course, be a lot different than what shoppers are used to in the spring and summer. Hours will be shorter, and there may be snow. But it will meet what Silverman describes as a demand that simply doesn’t end when warmer temperatures go away.

“People really like their fresh food,” she said. “No matter what time of year it is.”

Many of her vendors already have committed to an expanded schedule, and even more are looking forward to the market expanding to a wider customer base as it soon will start accepting EBT payments for those requiring financial assistance to purchase food.

Making fresh food accessible to everyone should be the goal of every farmers market, Silverman said. And for the most part, it is. And the more options you give shoppers, the more will turn out.

“Through that, we were able to accept coupons through this program, and people really discovered we were here,” Silverman said. “We actually had one day where a half-dozen folks came up from the other side of the Bronx. I don’t remember exactly where, but I do know they were all members of the same church. They saw us on a list of places that accepted these coupons, and decided this was a place they wanted to visit after church.”

There’s even more to come, Silverman teases, the kind of news that customers will just have to wait until the season really gets going. But one thing that will never change? The food. The people. The community.

“There’s just no comparison to a farmers market,” Silverman said. “I love knowing where my food comes from. I like meeting the people who actually grew that food. And I just wouldn’t have it any other way.”