Surreal strokes at the Hebrew Home 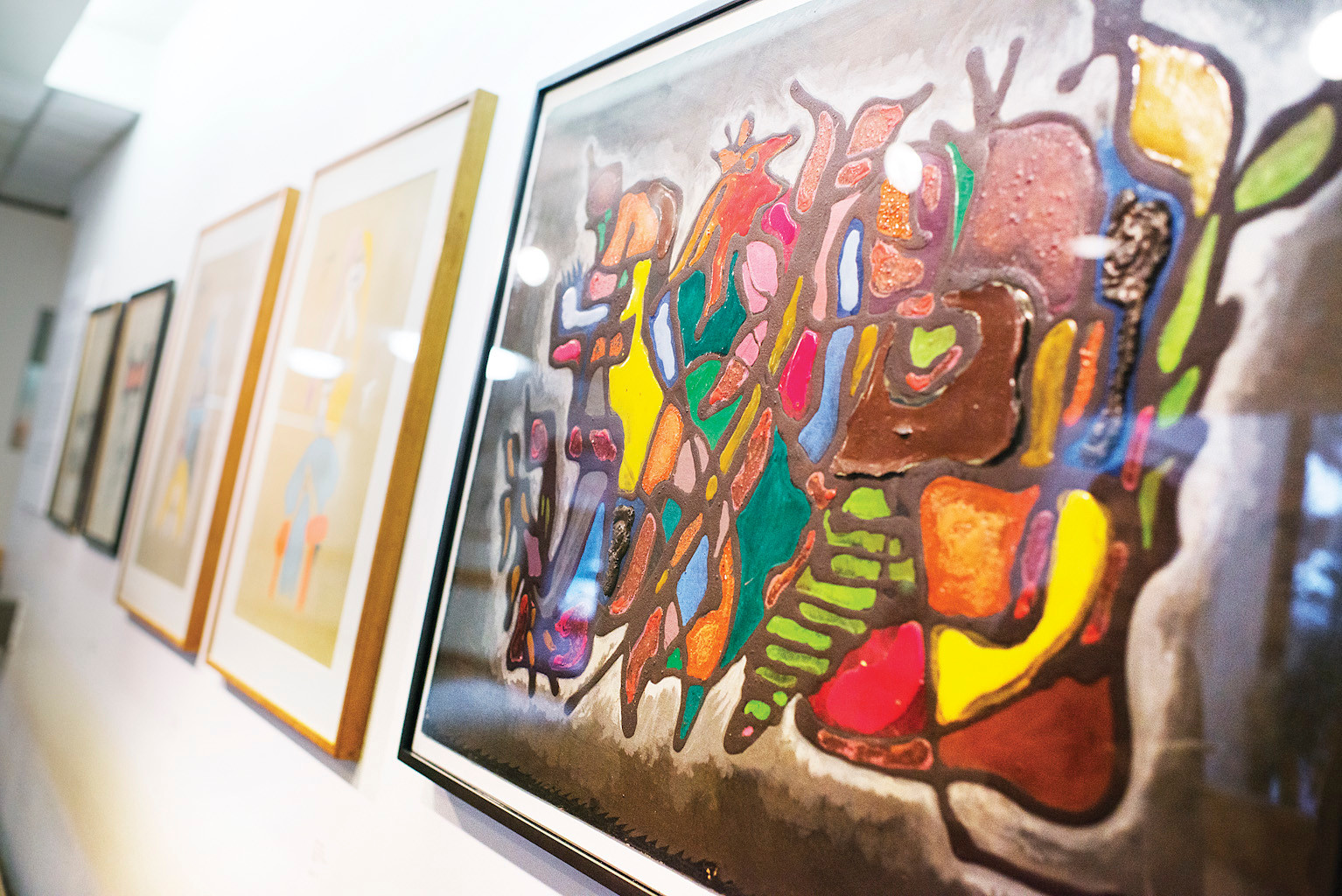 A piece by artist Raymond Katz titled 'Tumult,' ca. 1965, on the walls of the Hebrew Home in Riverdale, as part of a new surrealism exhibition, on Monday morning.
Adrian Fussell / The Riverdale Press 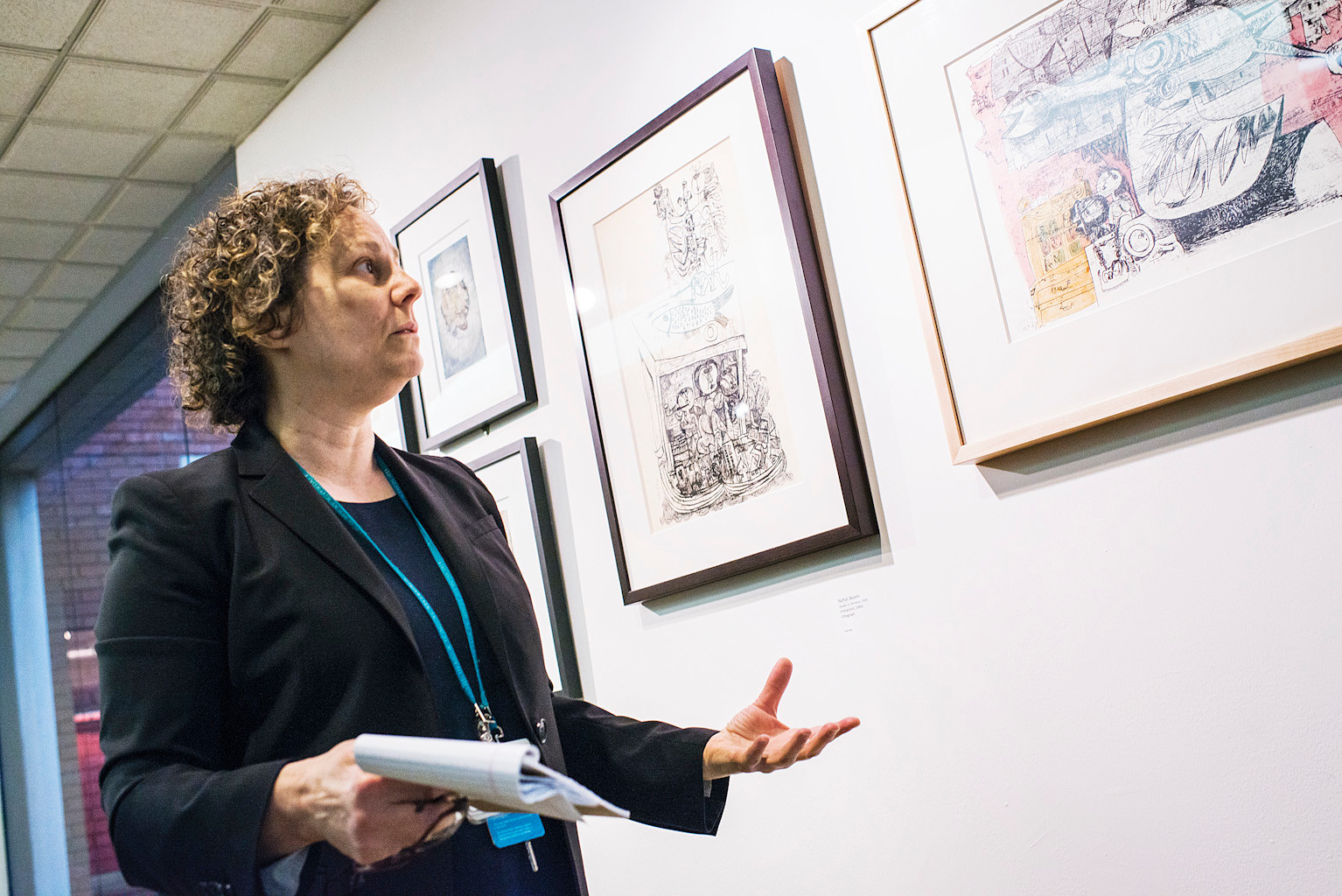 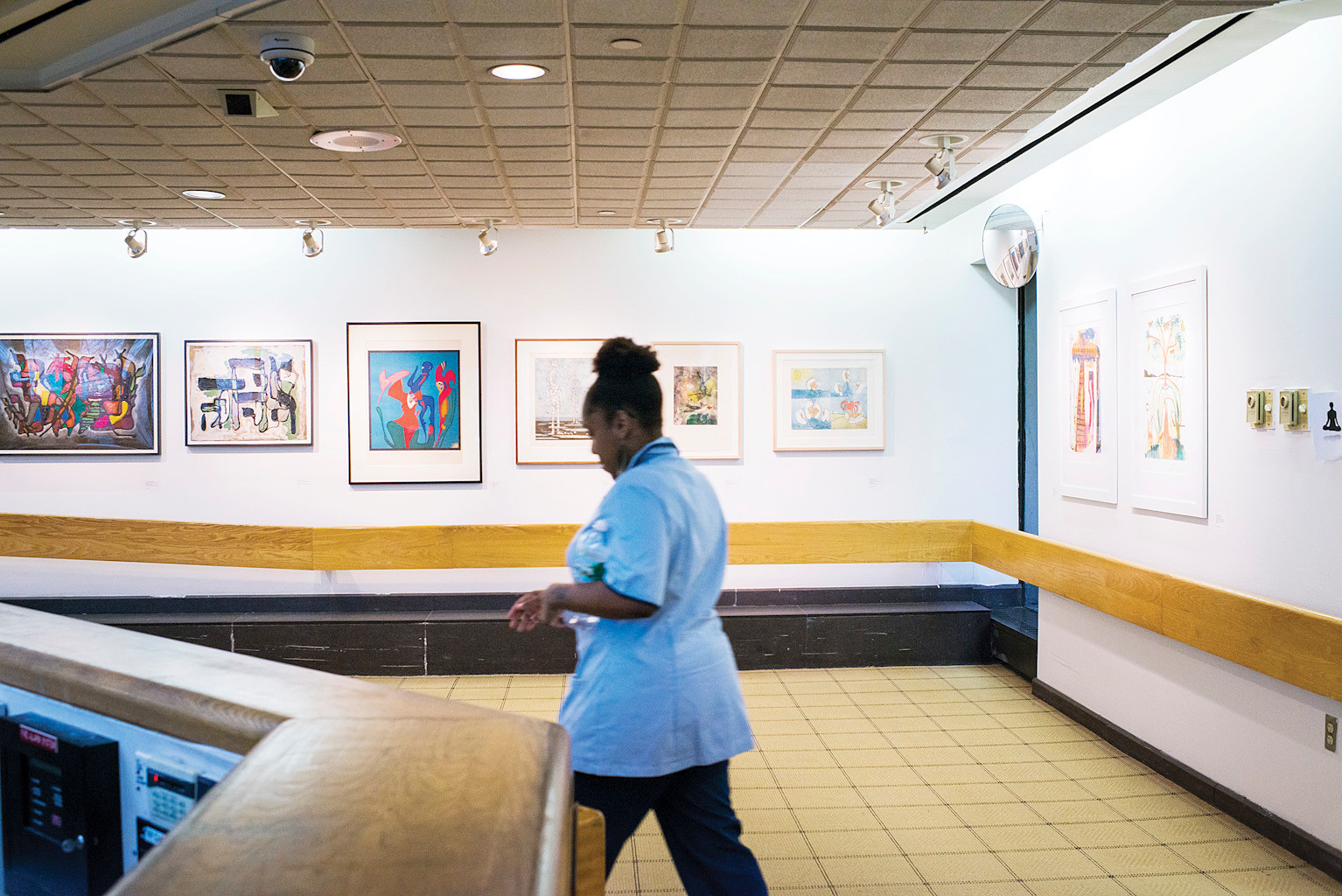 A staff member at the home passes the new surrealism exhibition.
Adrian Fussell / The Riverdale Press 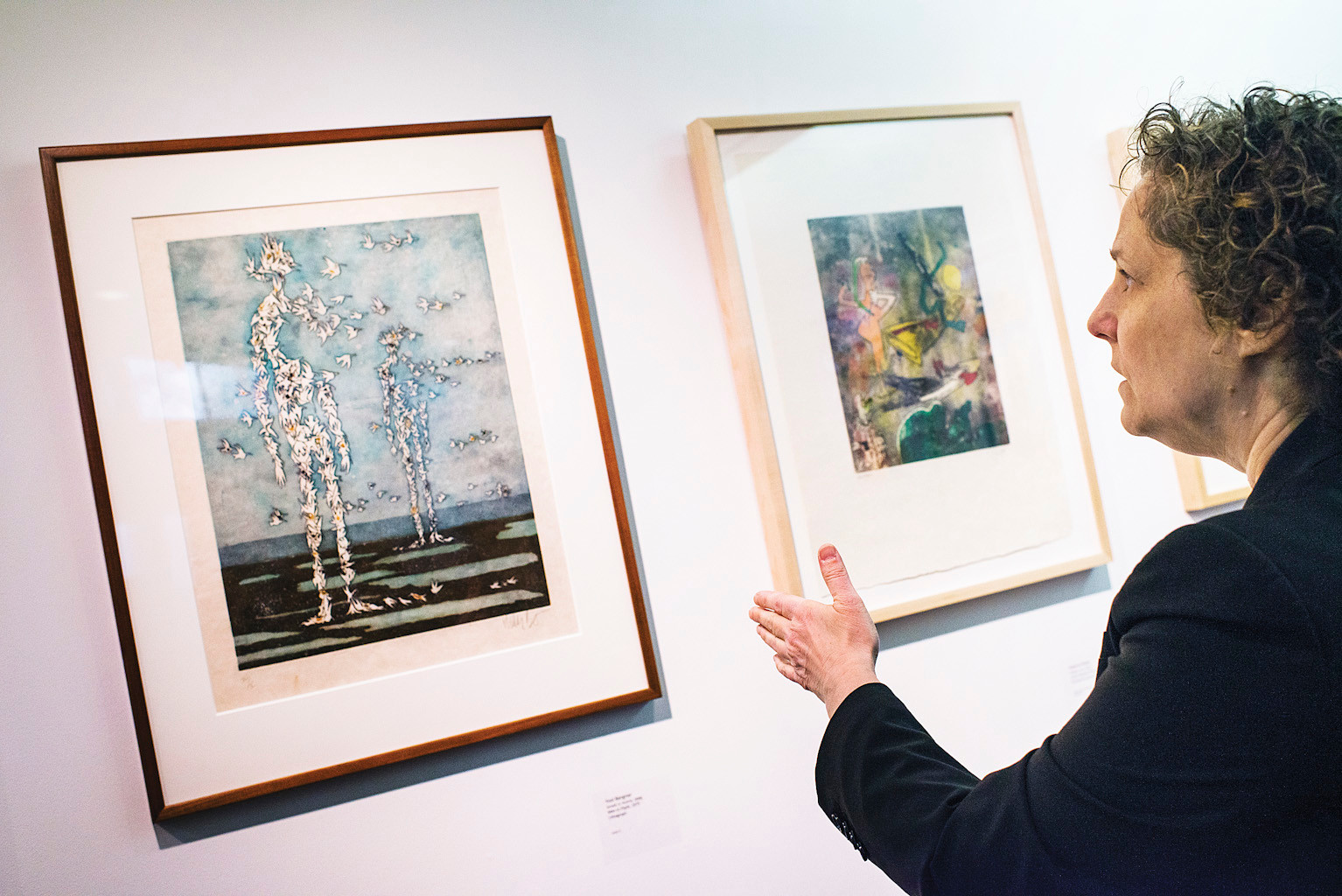 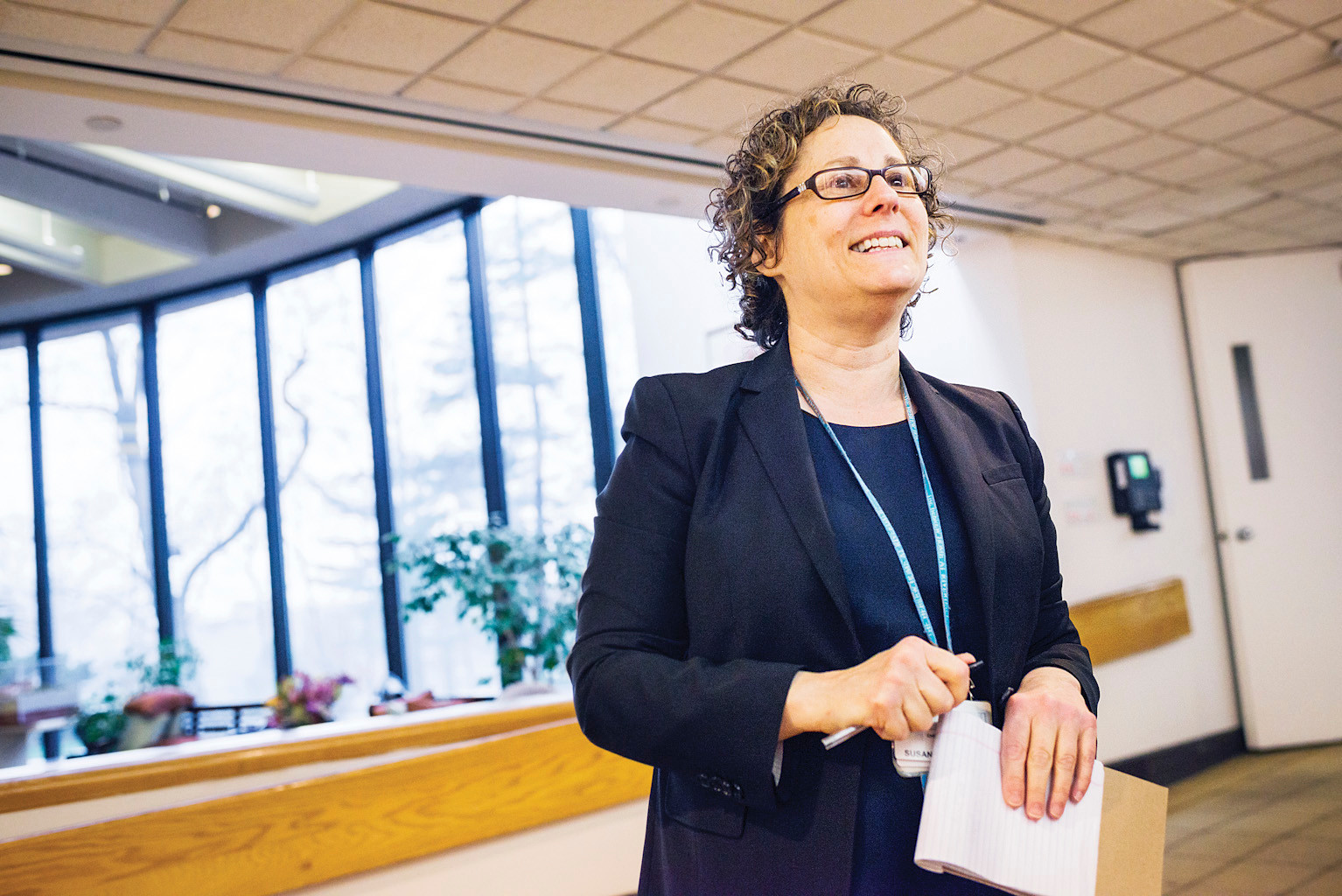 Museum curator Susan Chevlowe speaks to reporters during a tour of the new exhibition.
Adrian Fussell / The Riverdale Press 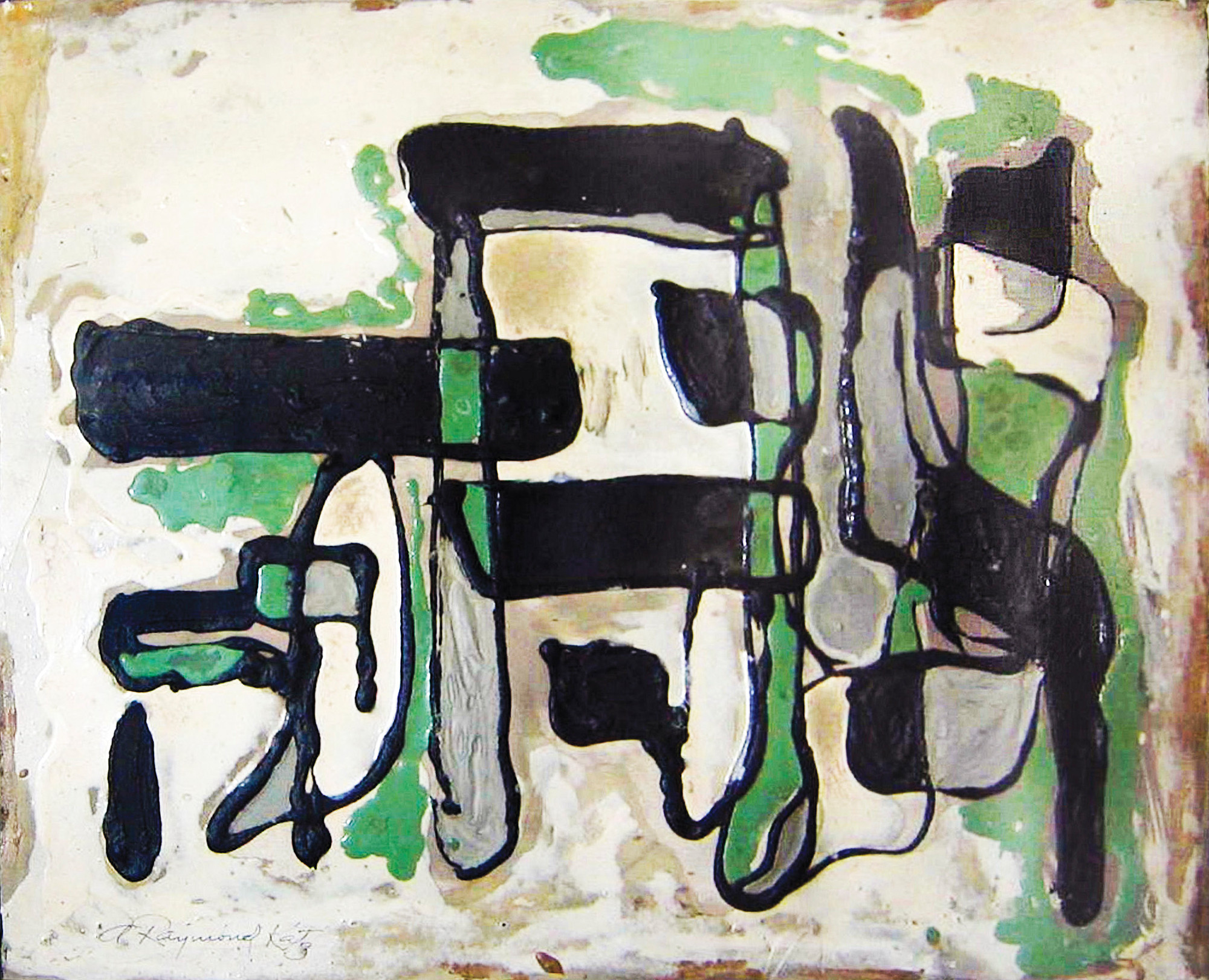 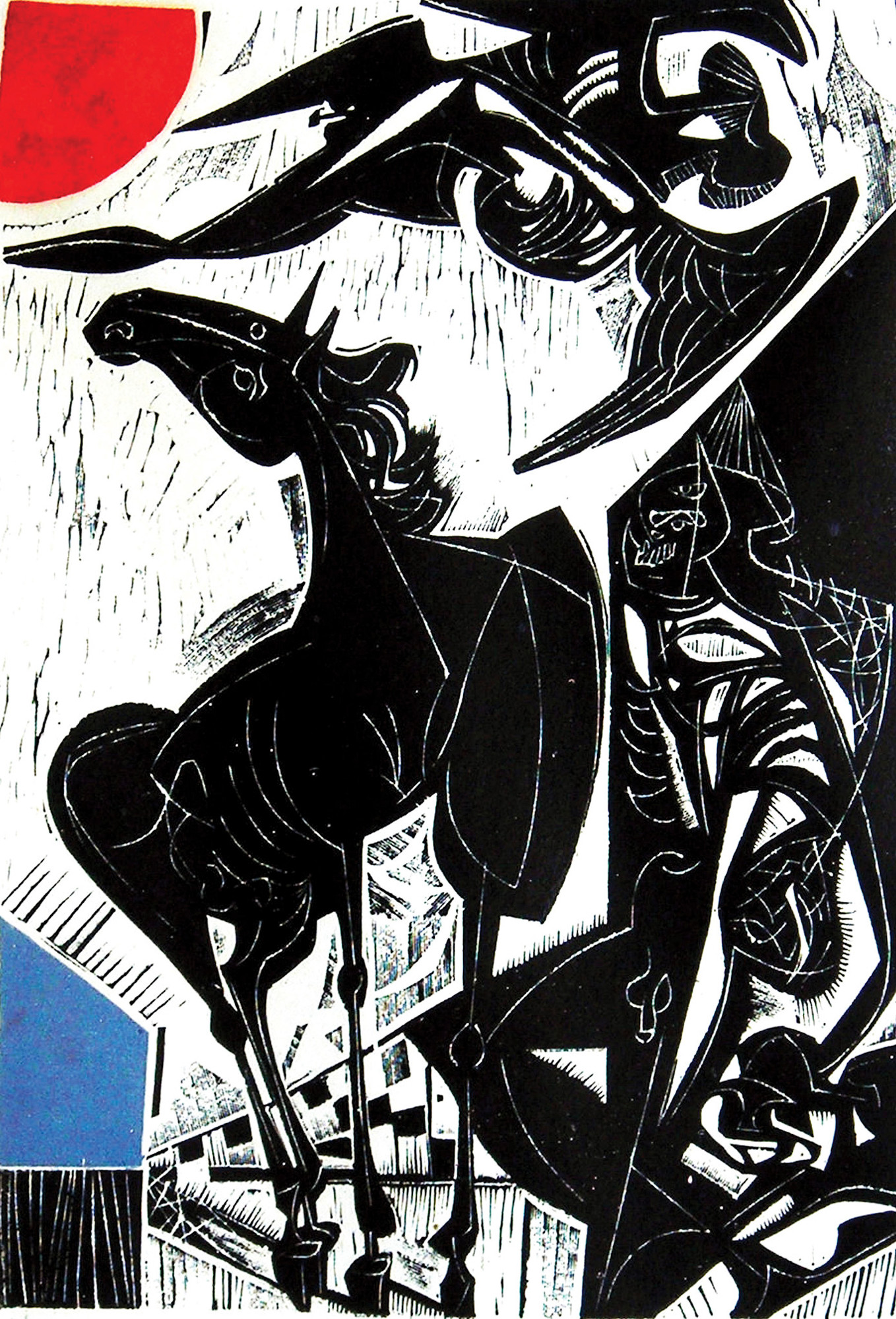 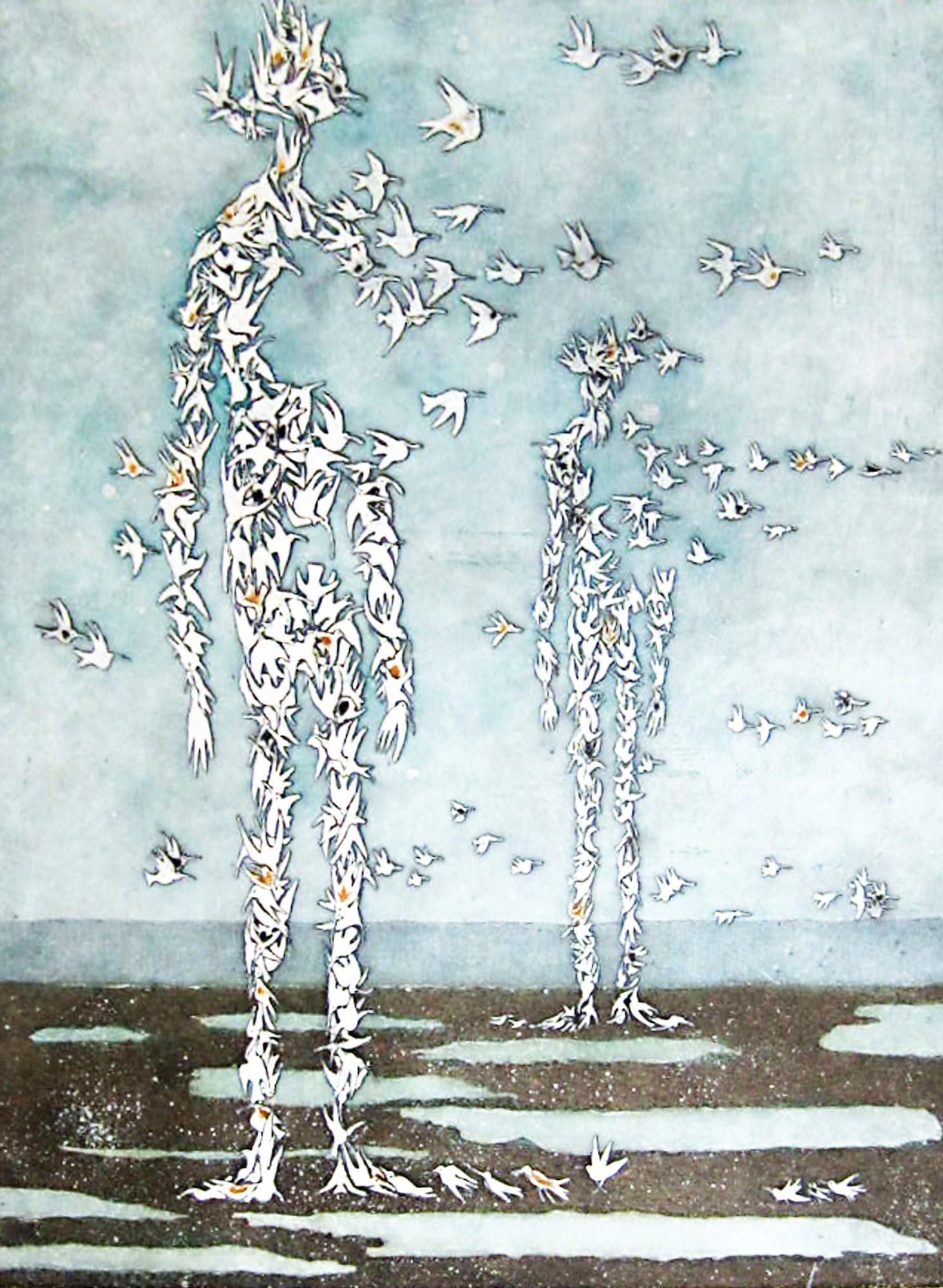 Yosl Bergner, 'Man in Flight,' 1975, lithograph.
Courtesy of the Hebrew Home in Riverdale 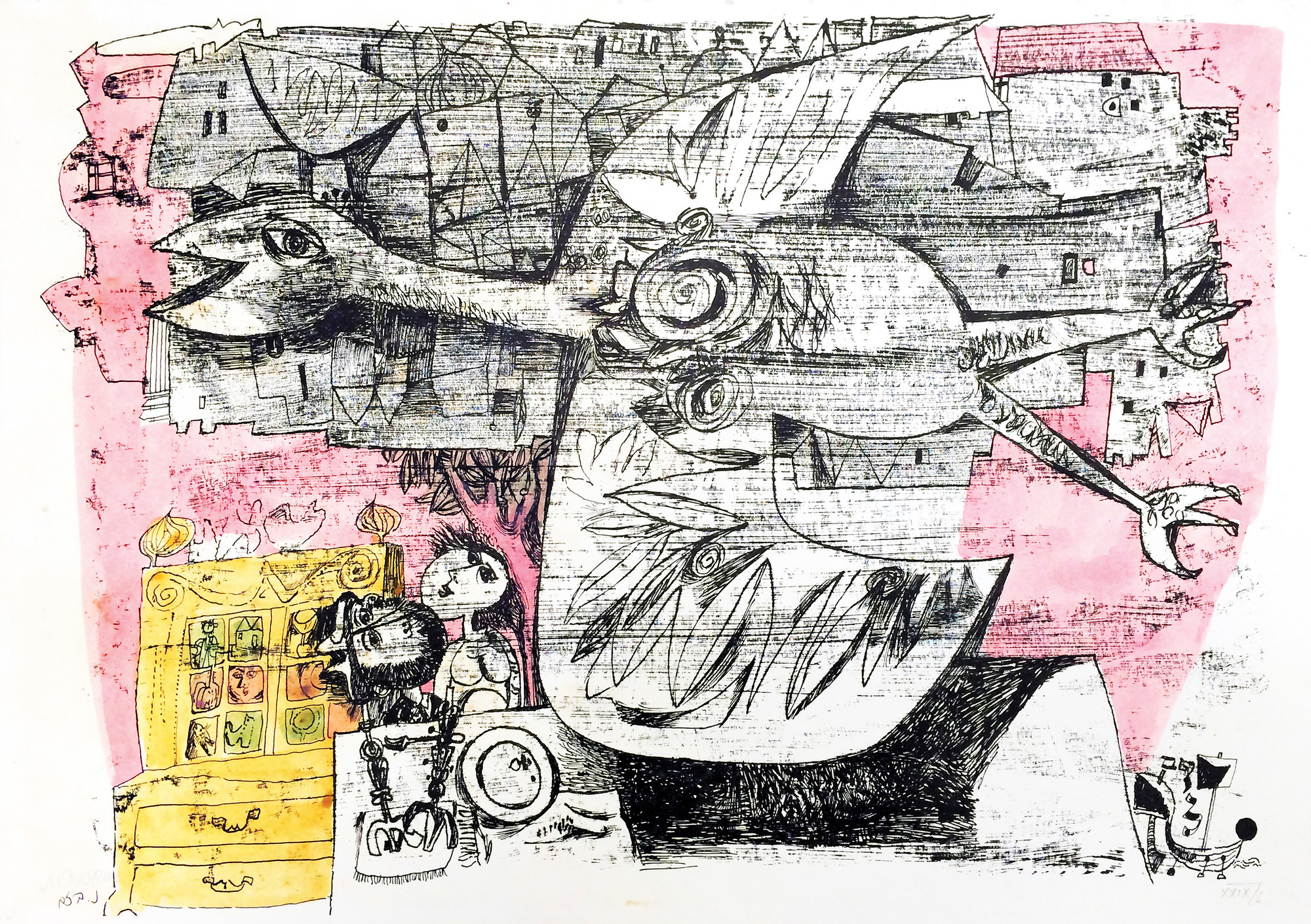 Pop quiz: which name doesn’t belong on this list?

If you picked the second, hard-to-pronounce name (you say it like “lazh-NIK”), you would be wrong.

There’s actually work from all four artists at the Hebrew Home at Riverdale.

A spacious pavilion at the home contains a series of Surrealist paintings and lithographs, including two each from the modern masters of Spanish origin.

A hallway including several Warhol lithographs on permanent display leads you to the home’s Derfner Judaica Museum, where curators have unearthed a striking series of roughly mid-century works by Vincent Hložník.

The artist is little known outside his place of birth, the former Czechoslovakia. But a walk around the Hebrew Home’s premises gives the strong impression that Hložník (1919-1997) ranks among his more famous contemporaries in western Europe and the U.S.

Out of his life’s work of paintings and prints, a series of 1962 linocuts is now on view.

Created years after he witnessed atrocities during the Nazi invasion of Eastern Europe, the jarring images represent an ongoing response to the horrors of war.

The mostly black-and-white lithographs show fractured landscapes with violent splashes of color — a furious red sun or a dissonant block of yellow.

The scenes are cluttered with detached limbs and jagged outlines of buildings. With borrowings from Picasso like a warlike steed, the series reads like “La Guernica” imported east.

Susan Chevlowe, chief curator at the Hebrew Home, said she and a colleague happened upon Hložník’s striking lithographs while combing through the senior residence’s collection of more than 5,000 works several years ago. The home’s hoard includes numerous pieces by eastern European artists, a group that fascinated longtime executive director and art collector Jacob Reingold.

“Museums have collections, but it doesn’t mean every work is catalogued or we know what every work is,” Ms. Chevlowe recounted. “We spent time looking. What do we have? What is this? This was among that group,” she said of the Hložník lithographs.