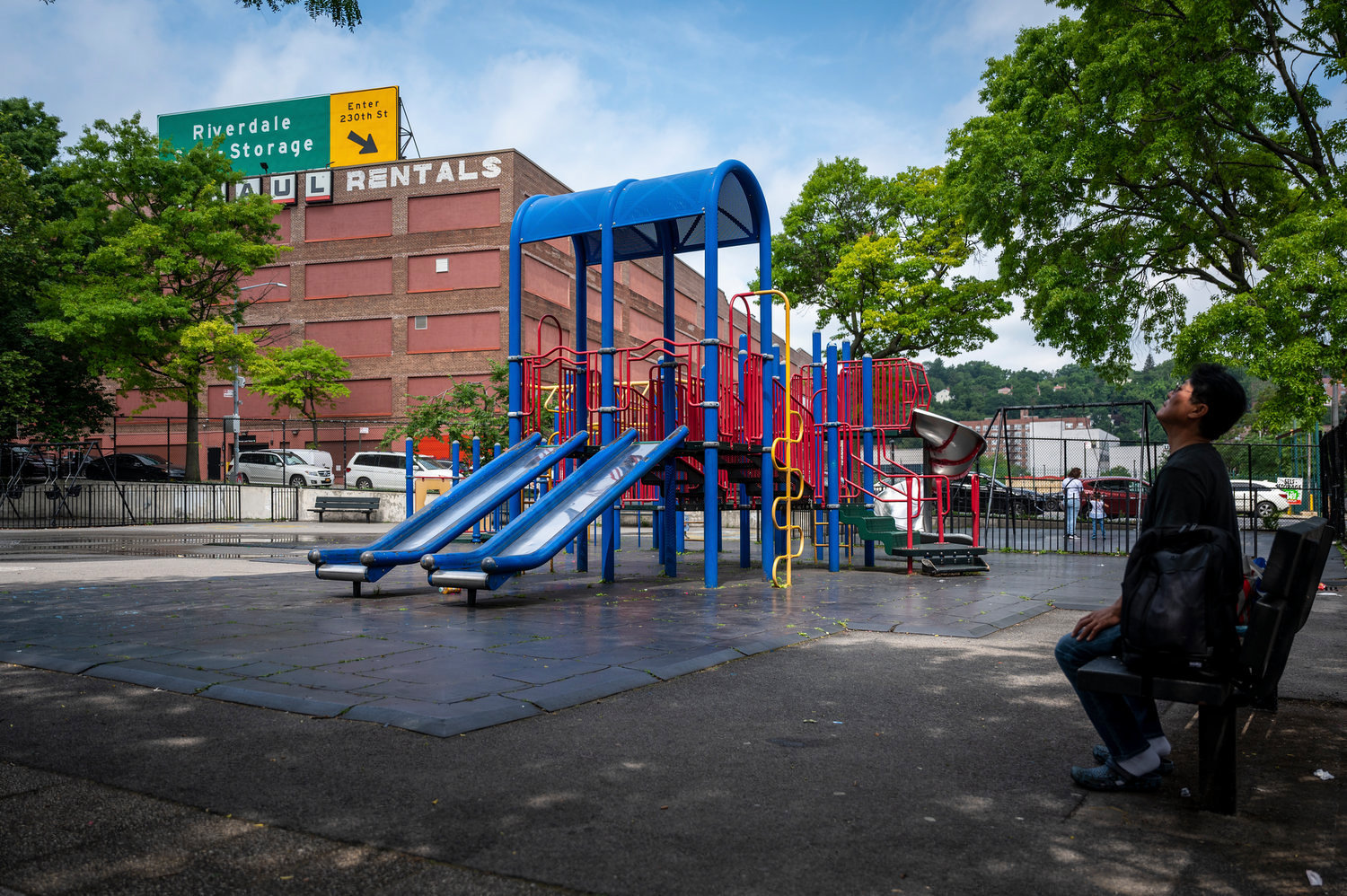 Life around Marble Hill Playground in 2021. The playground was the scene of a recent stabbing during a pickup basketball game.
HIRAM ALEJANDRO DURÁN
By Sachi McClendon

A kid was attacked with a sharp object at the Marble Hill playground on Saturday, Nov. 12 around 3:45 p.m., after an argument over a basketball game, according to the New York Police Department.

The 12 year old was cut in the chest and is expected to recover.

Police are still looking for the suspect who had fled the scene on foot.

A man was beaten up by a group of men on Tuesday, Nov. 8 just before midnight nearby the corner of West 237th Street and Hudson Manor Terrace. The “45-year-old male was assaulted with a baseball bat causing a laceration to his hand and contusion to the back of his head,” the New York Police Department said in a statement.

According to a witness who happened upon the victim, the man said that he had been punched by a group of four or five men.

Emergency responders arrived on the scene soon after.  There are no arrests and the investigation is ongoing, according to the NYPD.

Someone broke into an apartment on Sedgwick Avenue and stole several tools from the superintendent’s office on Oct. 27 at around 3:40 p.m. The police said that the perp entered through the front door and took three drills and an electric scooter, all together worth $2,425.