Students get one-of-a-kind lessons about Holocaust 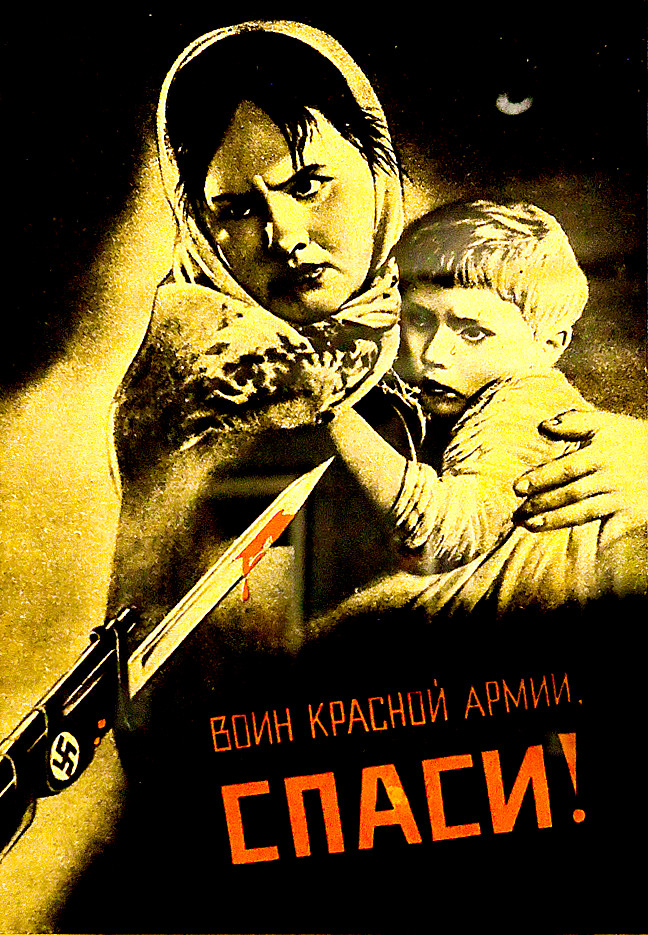 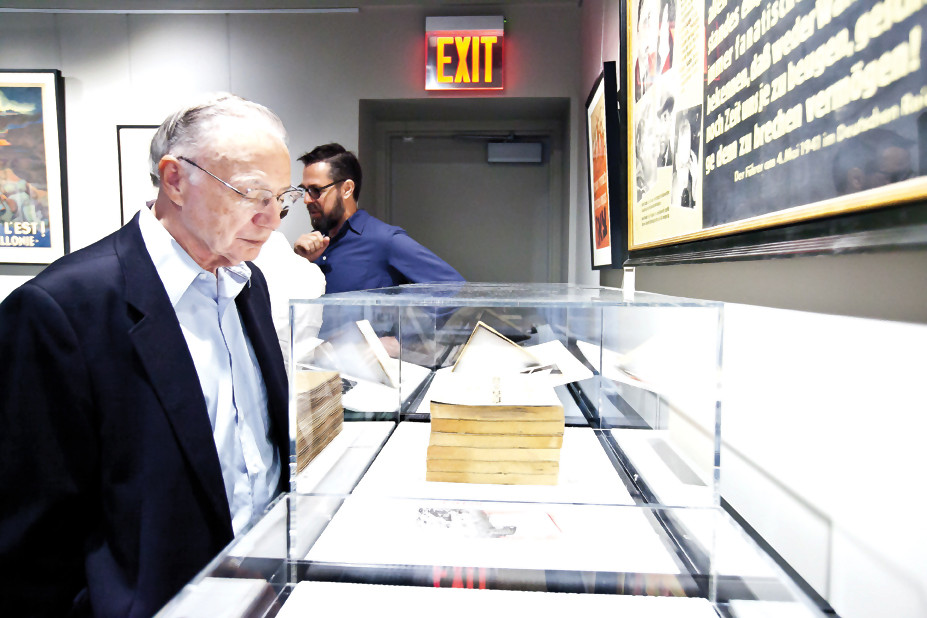 Vincent Galasso, studying the display case above, was the principal at Bronx High School of Science from 1964 to 1995. He gave teacher Stuart Elenko the green light to create the school’s unique Holocaust Museum.
Marisol Díaz/The Riverdale Press 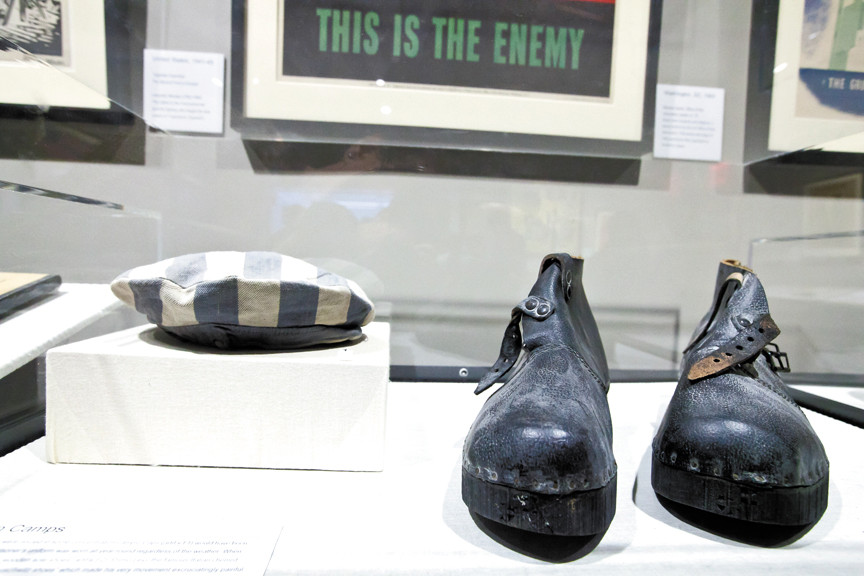 Among a wide variety of artifacts at the museum — including propaganda posters, uniforms and documents — are a striped hat worn by a concentration camp inmate and a pair of wooden-soled leather shoes.
Marisol Díaz/The Riverdale Press 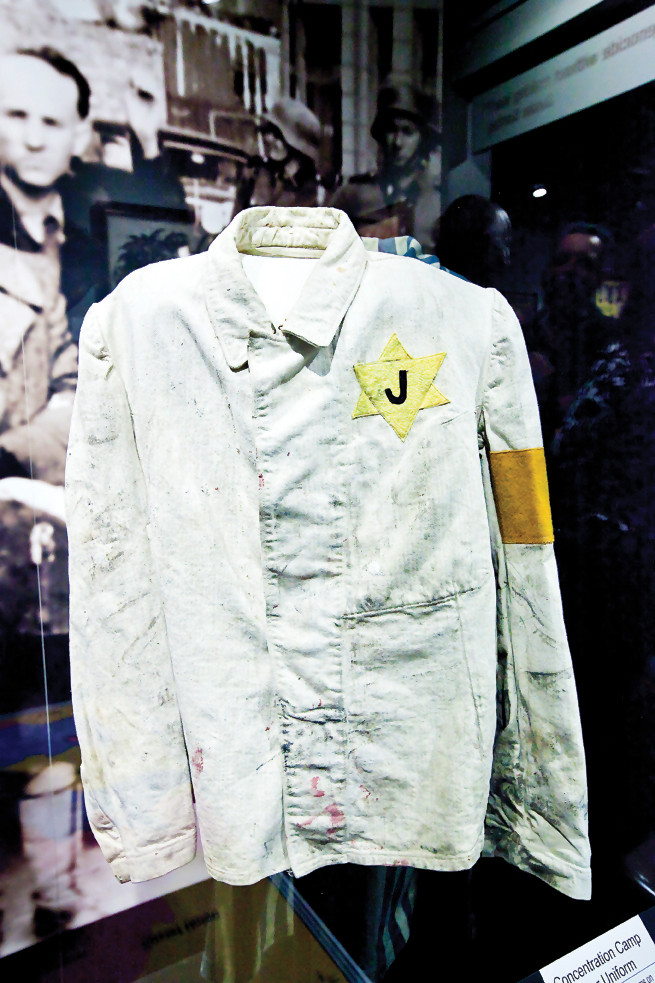 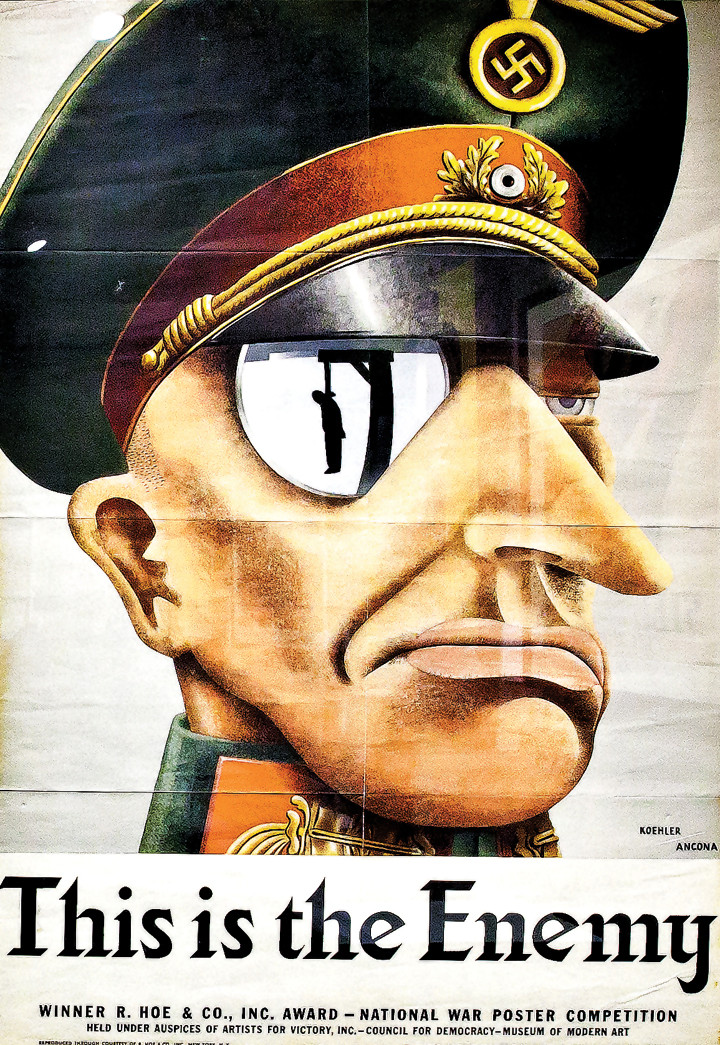 ‘This is the Enemy,’ by Karl Koehler and Victor Ancona, was the winner of a war poster competition sponsored by printing press manufacturer R. Hoe & Co as the United States entered World War II in 1942.
Marisol Díaz/The Riverdale Press
Previous Next

Members of the Northwest Bronx’s large Jewish population have donated items related to the Holocaust to the Bronx High School of Science’s Holocaust Museum and Studies Center for years.  The museum recently reopened to showcase the material – ranging from early Nazi propaganda to an original translation from the Nuremberg trials – in a professional-quality facility inside the school.

Student docents who take a one-of-a-kind class centering around the museum have given tours both to classmates at Bronx Science and students from other schools since the facility reopened in April. Recently deceased social studies teacher Stuart Elenko started the museum’s collection in 1978.

“I think Mr. Elenko’s goal was to help students become thinking and feeling human beings who are also empathetic to others,” said English teacher Sophia Sapozhnikov, who currently heads the museum. “I think he also wanted to train future leaders. To be a leader is to take a stand on moral decision. And so that’s one of the goals that I’m hoping to continue.”

On a recent school morning, a group of juniors and seniors in Ms. Sapozhnikov’s course, called the Holocaust leadership class, sat down in a classroom inside the museum for an impromptu discussion about their studies. Another group of students explored the museum’s three large rooms nearby.

“During the Holocaust, many of the people who committed the highest atrocities were intellectuals and knew a lot,” said senior Rachel Hia, 17. “We’re Bronx Science. We’re the cream of the crop. We know a lot of information. It’s just what we take from it, what we do with that information, that’s really important.”

Several students said studying the Holocaust and working at the museum opened their eyes to the potential for hatred at their prestigious school.