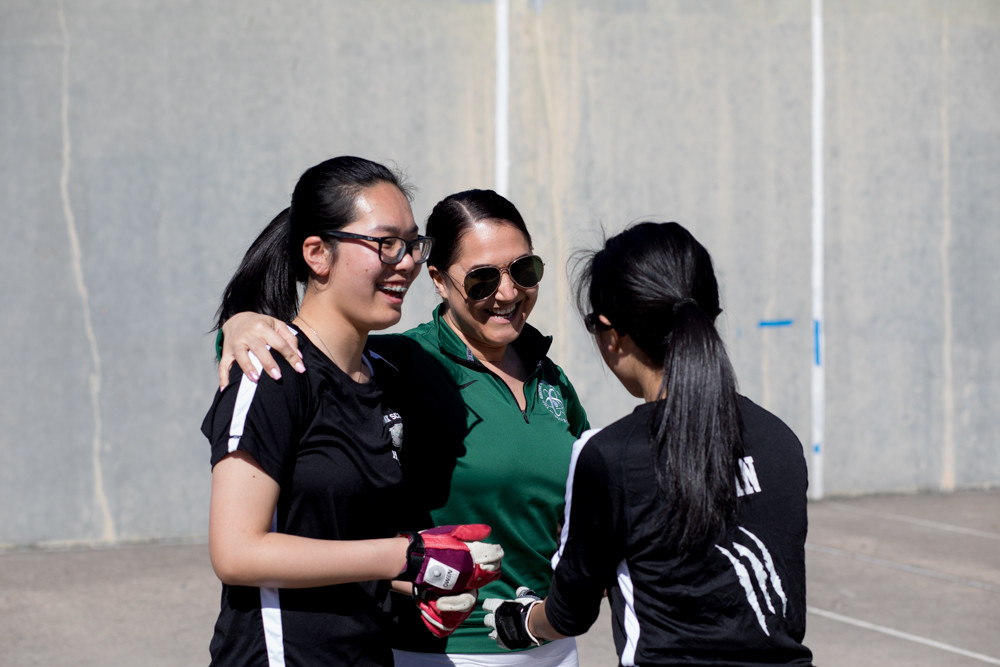 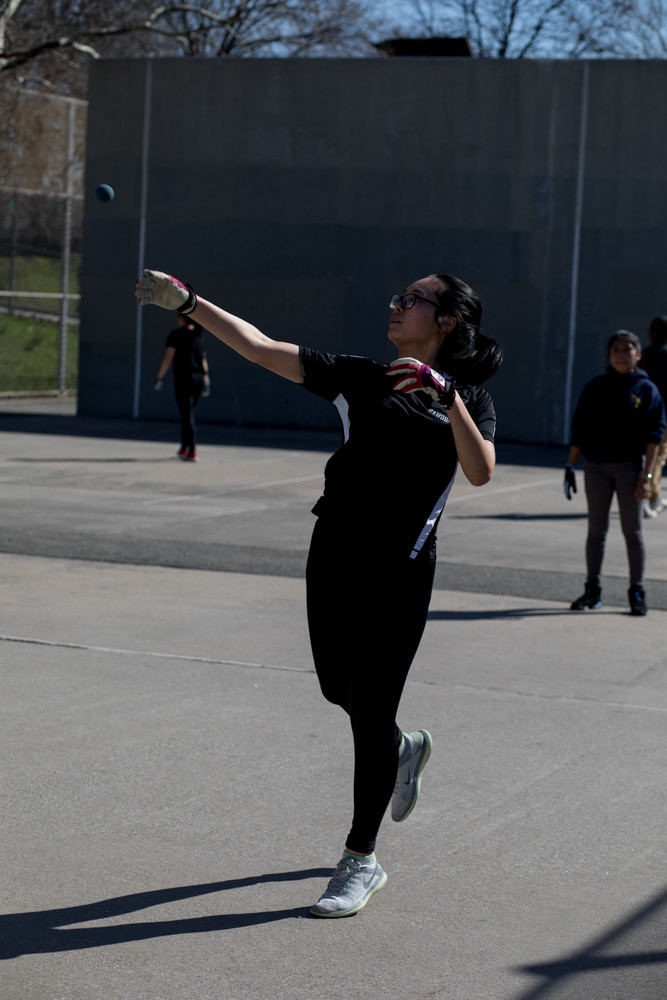 As far as high school sports go, it would not be the first one to come to mind.

Probably not the second or third, either.

Heck, it probably doesn’t even register in the top five of competitive sports in city high schools.

But handball, the quintessential city sport of past generations, is alive and well at Bronx Science.

In fact, the school has something of a dynasty going with its girls handball program, one that has not dropped a Bronx/Manhattan Division game in more than three seasons.

“This is my fourth season coaching at Bronx Science,” said Nicole Sisilli, Science’s head coach. “And we’re undefeated in the regular season for the last four years.”

It’s an amazing run of success for a program led by a coach who only knew of the sport from her childhood.

“I had never played it, but my dad (Ephraim Rodriguez) grew up in the Bronx and he played, so I used to go watch his games when I was little,” Sisilli said. “That’s how I learned about handball. Then when I came to Bronx Science, my athletic director (Mike McGrath) said he was looking for a coach. I liked the sport, so I was like, ‘You know what? I can do this.’ And it has worked out very well.”

Since taking over for the 2015 season, Sisilli’s teams have posted a flawless 34-0 league record, reaching the Public School Athletic League quarterfinals and semifinals in recent seasons. Just this past Monday, the Wolverines swept a doubleheader from South Bronx High School to extend their remarkable streak.

But the early going was a little bumpy for Sisilli as she learned the finer points of the game. So she leaned on former coach and colleague Phil Cancellaro, now the school’s boys handball and soccer coach.

“I actually had to do a lot of reading and research,and I’d go out and watch the boys team play and see what Phil would do with them,” Sisilli said. “I spent a lot of time with Phil because I had a lot to learn.”

Science’s handball courts are located in the back of the school by the parking lot. Maybe not glamorous, but effective for picking up loyal fans.

“A lot of students will come out and a lot of staff will come by,” Sisilli said. “When they’re going to their cars they’ll see us playing, and they’ll come over and watch us play. The kids love it because it’s their teachers.”

When Sisilli told friends she coached handball, they had no idea what she was talking about.

“A lot of people don’t know what it is,” Sisilli said. “I’m like, ‘You know, with the wall and the blue ball?’ I have to explain the whole thing to them, especially if they are from outside the city. My husband didn’t really know anything about it, and he came to a few games and he said, ‘This is amazing. Your girls are so good.’”

One of those girls is senior Hellen Zhang, Science’s dominant first-singles player. Zhang is a four-year member of the team, meaning she has never lost a regular-season game in her career. Come to think of it, no one on the roster has.

“I knew I wanted to play handball in my freshman year, but I just didn’t have the guts to do it,” said Zhang, who will attend NYU in the fall. “But my friend convinced me to try out, and now I feel like I’ve really done something to contribute to this school.

“I’m not really much of an extracurricular person. I usually keep to myself and my group of friends. But through handball, I was able to expand my horizons, and I made a lot of new friends, and I met a wonderful coach.”

Despite her program’s success, Sisilli does not actively remind her girls of their current winning streak.

“I try not to talk about it because that’s when I think it becomes too much pressure,” the coach said. “I know the amount of pressure they are already under with their academics. So I want to make handball fun for them. I have students that are applying to Yale and Princeton, and they have all this pressure. So I just tell them to come out and play and have a good time.”

“Handball is a release from stress,” she said. “It’s a couple of hours of stress-free time when you’re not worrying about when is the next test, and if you’re going to pass or not.”

The good times certainly are continuing to roll at Bronx Science, and city title or not, Sisilli just wants her girls to enjoy the handball experience along with the dynasty few in the Bronx are aware of — until now.

“I have a lot of faith in them,” Sisilli said. “I told them I have high standards for you. I still think they can win a championship, so I tell them to be confident and we’ll see what happens.

“But most importantly, enjoy yourself. ”