Theatre group crafts its own dragon story for charity 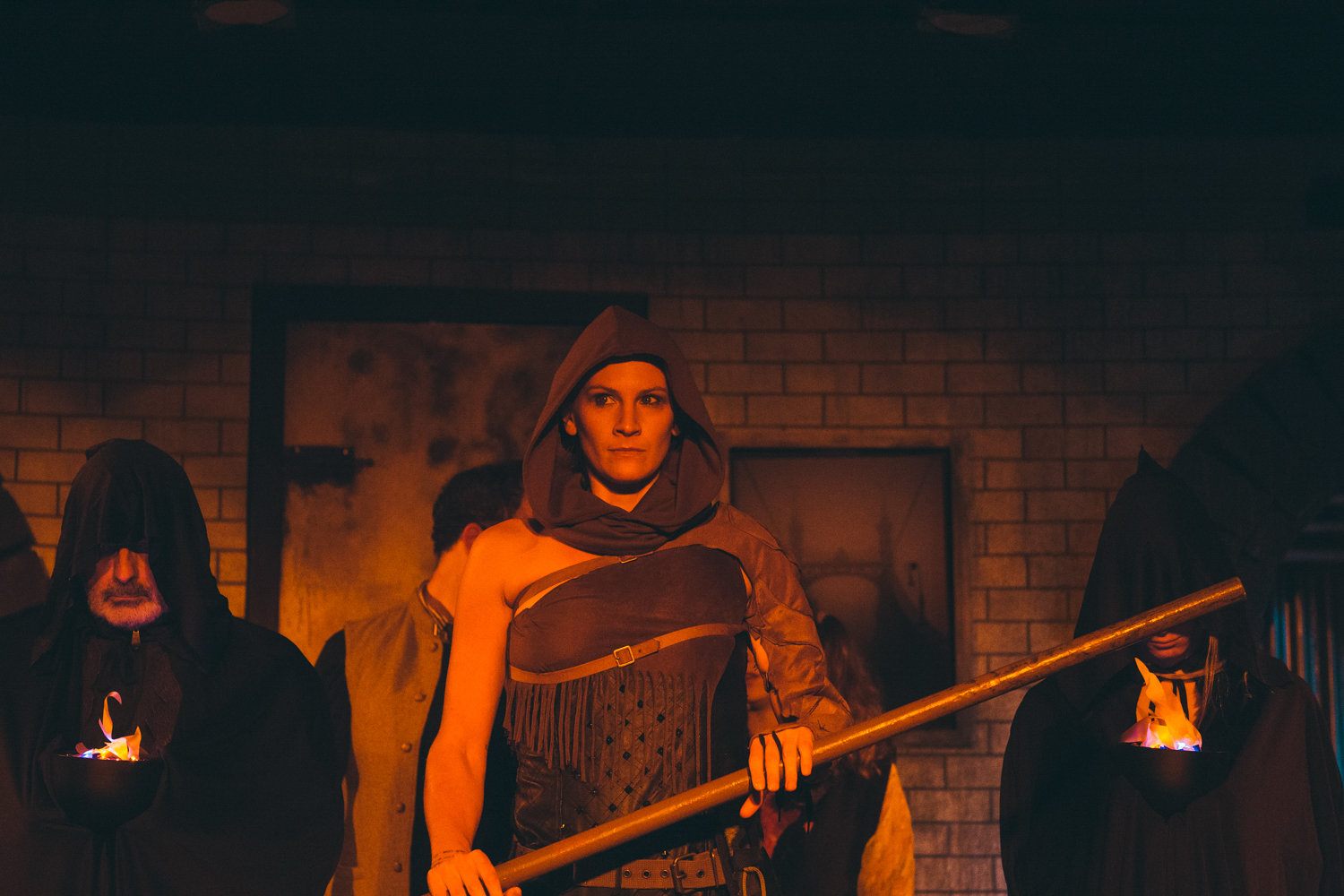 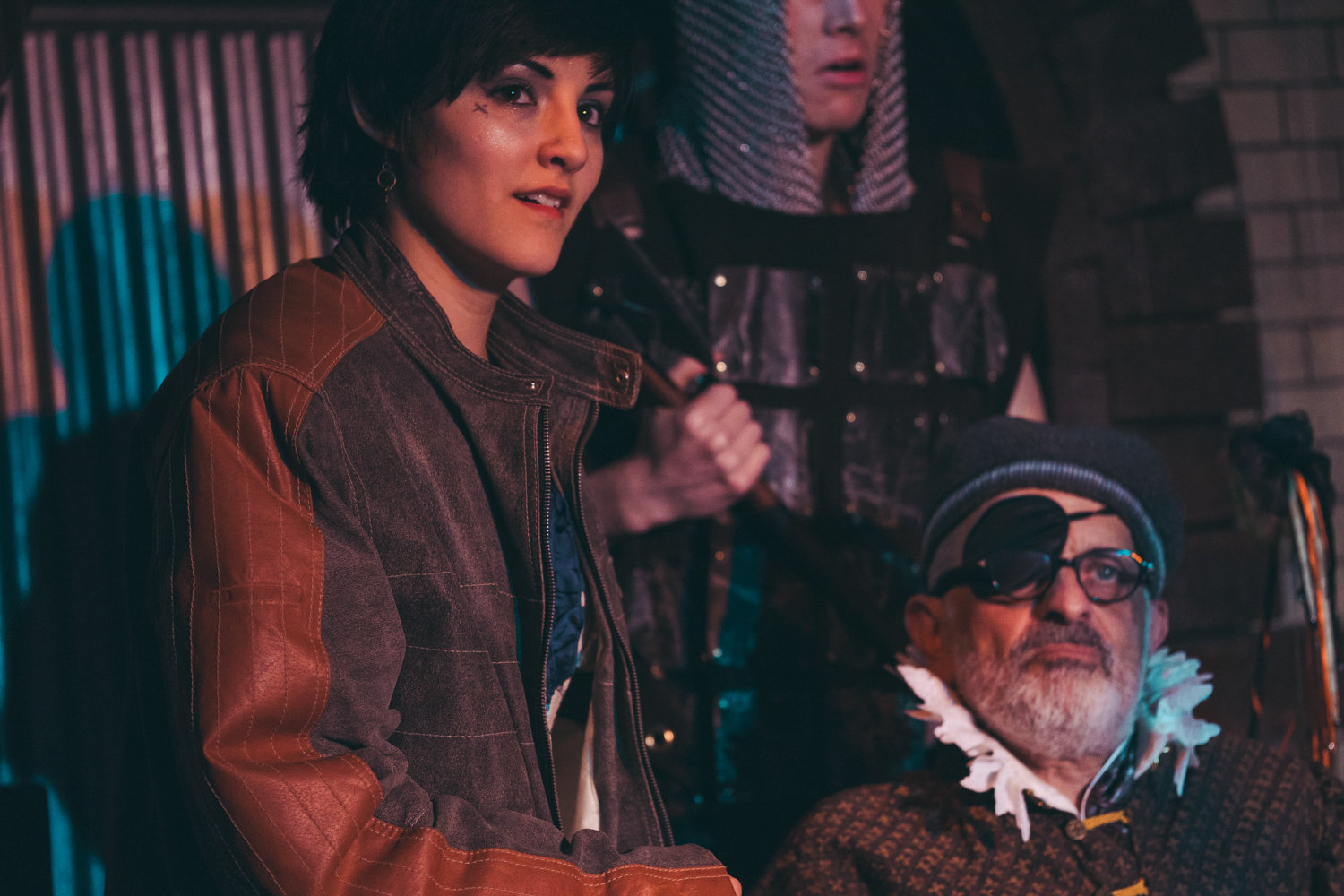 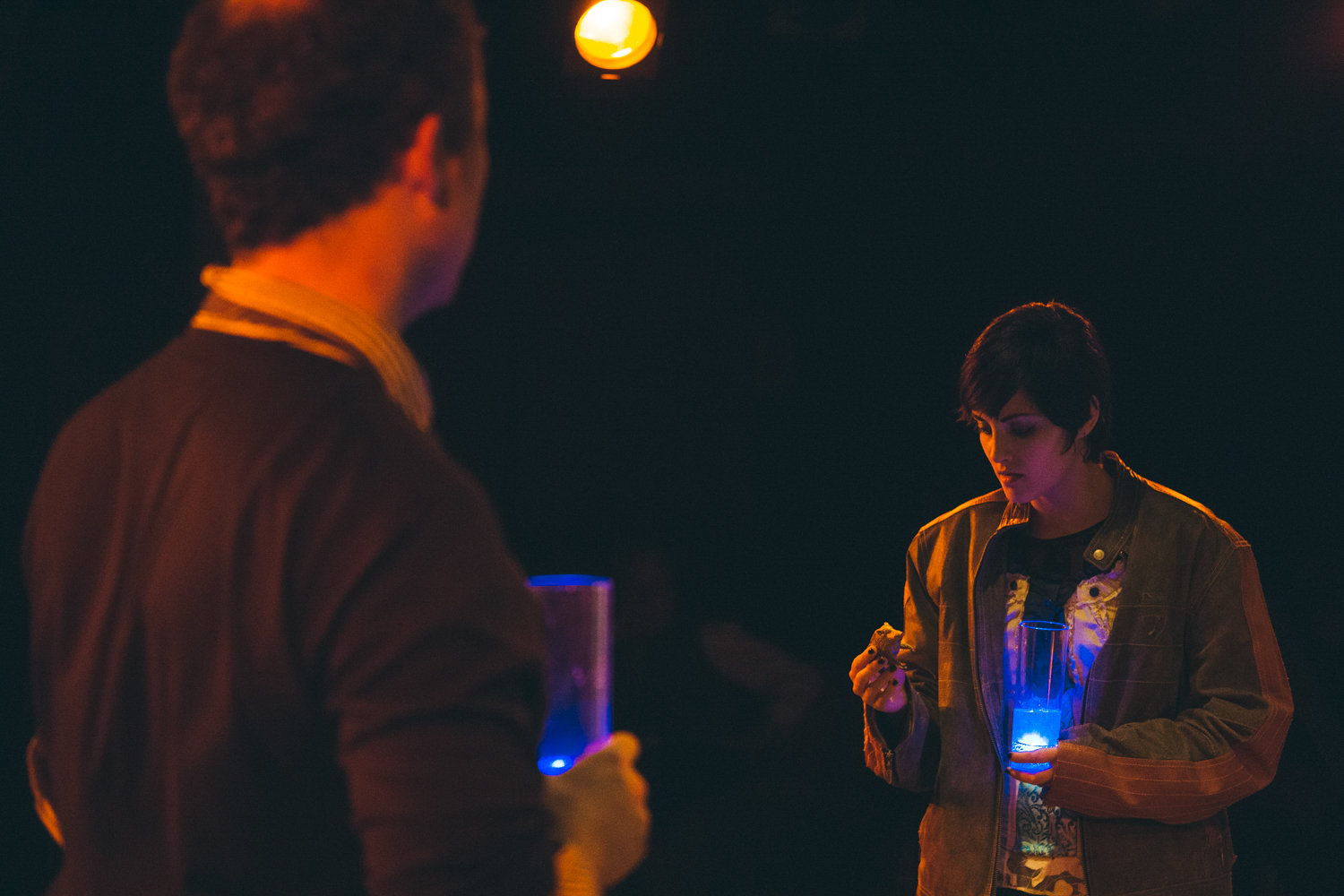 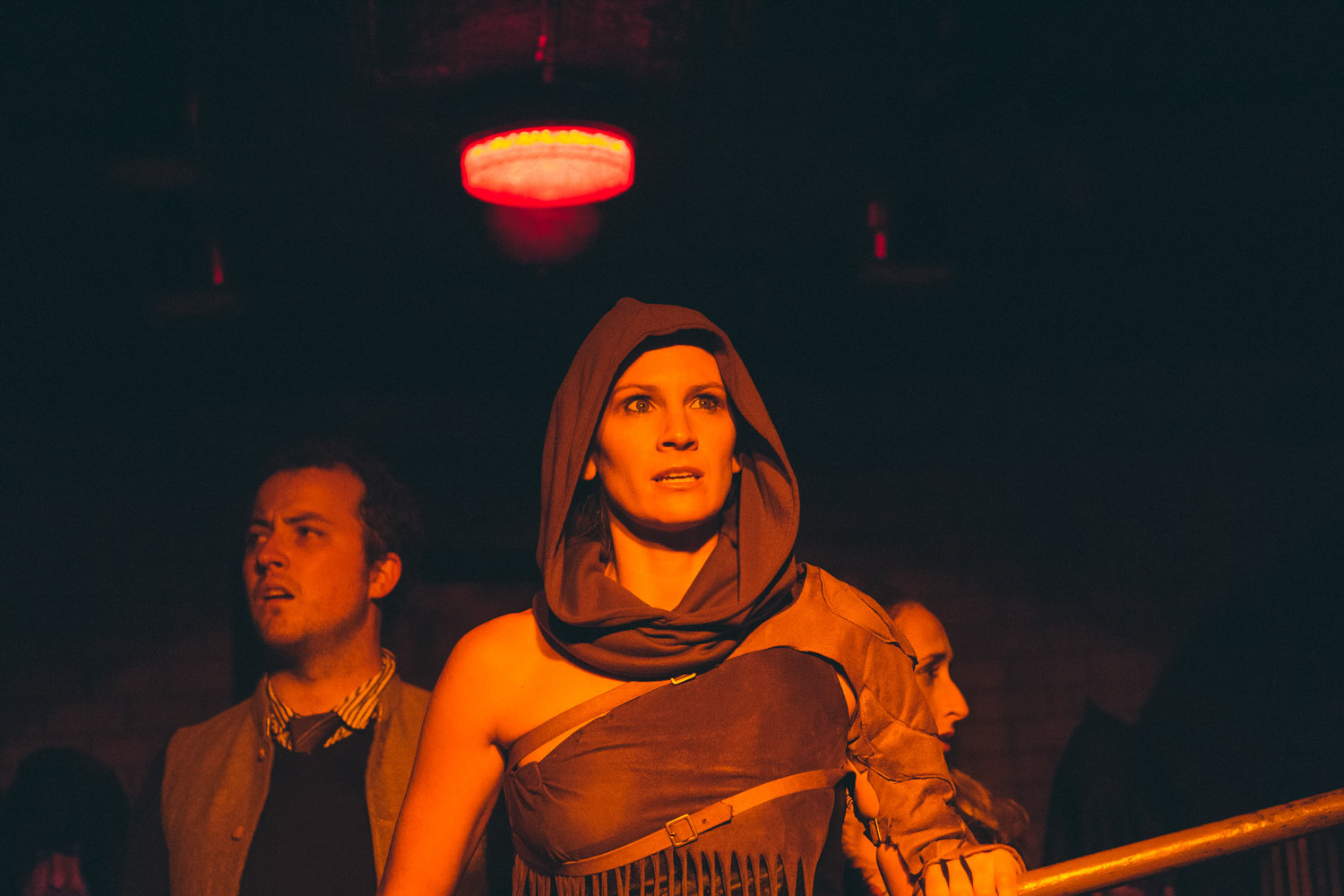 Imagine guiding a hero through a journey for treasure while battling deadly foes and exploring a fantasyland. Then imagine getting to create that narrative with a group of friends.

It’s possible, but first you’ll need to roll a D20 for initiative.

A group of players, armed with character sheets and their best sets of dice, gathered at Cahill Theater on the College of Mount Saint Vincent’s campus Nov. 9 to play Dungeons & Dragons with actors from Red Monkey Theater Group. Participants got to wander through a detailed fantasy story while raising money for a good cause.

Dungeons & Dragons isn’t just a game for teen boys who like swords. Unlike a typical board game, D&D’s basic equipment is a pencil, paper and some creativity. It’s a roleplaying game where participants create characters with varying attributes like strength, charisma, intelligence, fortitude, constitution and dexterity.

Strong characters can be fighters or barbarians. Intelligent characters are good at magic, so they’d suit classes like mage, wizard or sage. High dexterity and charisma might lend to playing a rogue, thief or bard.

People who lead the game, called “dungeon masters” or “DMs,” create a kind of “choose your own adventure” story where players work together to fight monsters, travel to mythical lands, or join in on literally any type of story the DM can dream up.

Some sessions are played with or without props, costumes and physical items. But the real key to success comes from the players’ imagination.

This particular day was dedicated to playing Dungeons & Dragons alongside actors from Red Monkey, a resident performance group at The Mount. They offered newbies a chance to craft their own characters and learn the basics of the game — like exploration, interaction, and combat, and rules for spell-casting and magic. Two sessions of games followed, and the day ended with a performance by Red Monkey taking on their own journey, with special lighting and sound effects with Dungeon Master Matt Gordon.

Cahill Theater, a small and intimate space some might say is perfect for this type of gathering, was designed to look like those attending were actually inside an actual Dungeons & Dragons game. The walls were lined with backdrops and curtains to mimic the inside of a medieval castle, and the tables used for games had tablecloths that resembled stone.

For each round, up to five tables were set up so multiple games could go on at once, including a children’s table.

“The function of art is to create empathy,” Tal Aviezer, Red Monkey’s artistic director, said. “A lot of the skills needed to play Dungeons & Dragons you can find in theatre. Storytelling, inhabiting other characters. The game allows the audience to participate in the story.”

The event’s purpose was to raise money for charity. In the past, half of the proceeds were given to The Mount’s campus ministry to benefit their midnight runs, an opportunity for students to travel into Manhattan and hand out food to the homeless. That continued this year thanks to Theater 5 productions, a New York City-based production company that sponsored this year’s event.

Aviezer was DM for one of the games, which was less focused on rules and more on imagination. Professional dungeon master Leon Barillaro also led one of the games, acting out original adventures published in adventure books that serve as a storytelling guide for the DMs.

“I wish I started playing Dungeons & Dragons earlier,” said Barillaro, who filled out their first character sheet in college. “The game teaches you valuable social lessons and how to work towards your goals. You learn that your actions have consequences, and how the decisions you make will help you achieve your goals.”

Dungeons & Dragons allows players to enhance problem-solving skills, they added, except with imagination and creativity.

Red Monkey actress Rachel Tamarin led the children’s table, a new offering this year after Aviezer noticed more and more younger people coming to past events, hoping for a chance to play.

They weren’t the only young people. Some Mount students also joined in.

“I’ve been playing D&D for five years,” Aria Rheams said. “At first I didn’t know what I was doing, but this event is a great environment for people to learn and have fun.”

Dungeons & Dragons is a multi-generational game that also fosters diversity within the LGTBQ community, Aviezer said.

Having the freedom to create your own character, and decide their strengths and weaknesses allows for a storytelling experiment played by people of all ages.

Anyone can play, as long as they have the creativity to craft their own character and work with others to reach their common goal.

“Dungeons & Dragons is a pretty engaged experience,” Aviezer said. “I’ve never seen someone play this game and not like it.”