Three-alarm fire under control on Kappock 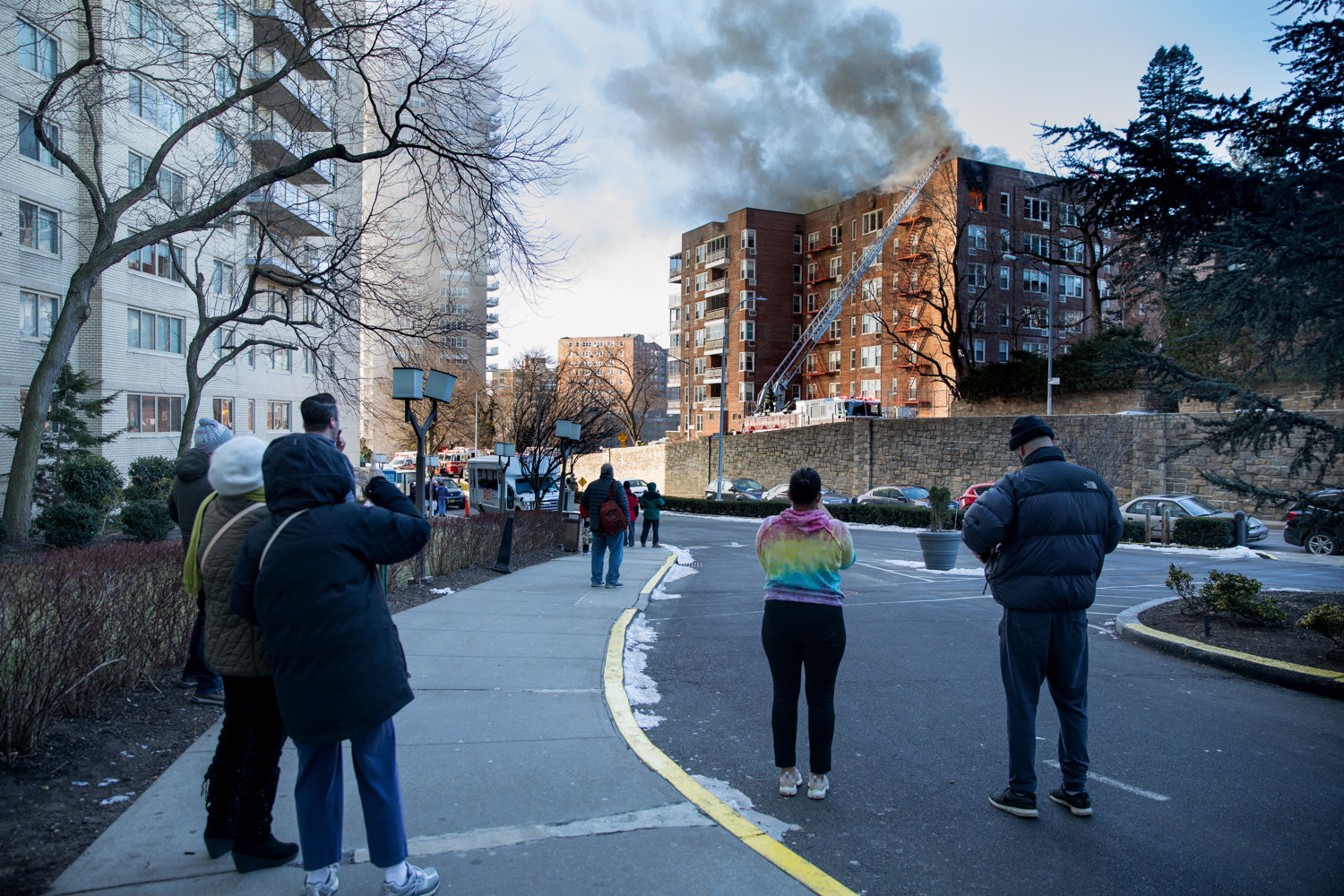 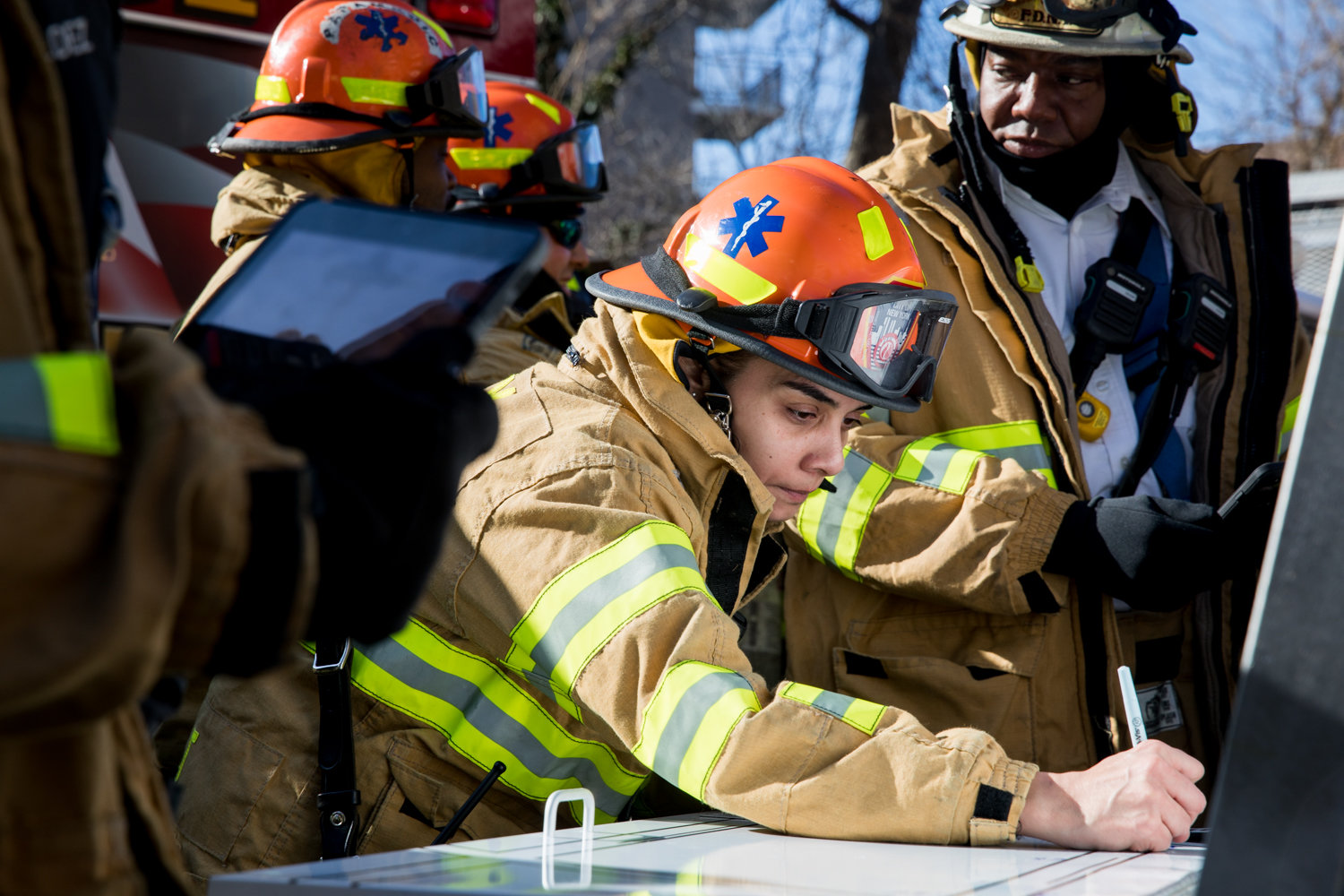 A fire department paramedic sets up a work station outside 601 Kappock St., where a three-alarm fire broke out Tuesday morning. No injuries were reported aside from a minor one sustained by a firefighter.
JULIUS CONSTANTINE MOTAL 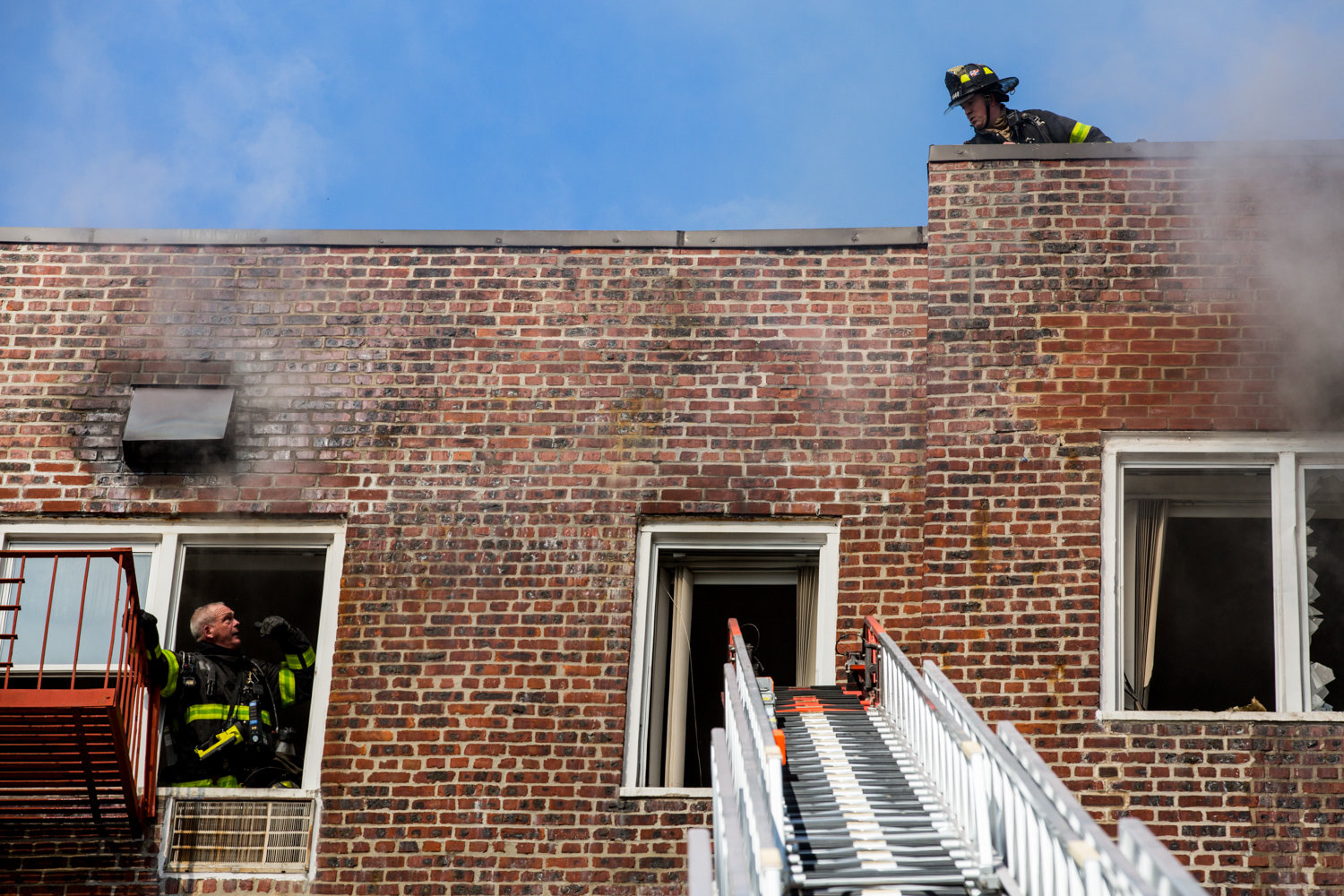 Firefighters talk with each other as they work to contain a three-alarm fire at 601 Kappock St.
JULIUS CONSTANTINE MOTAL 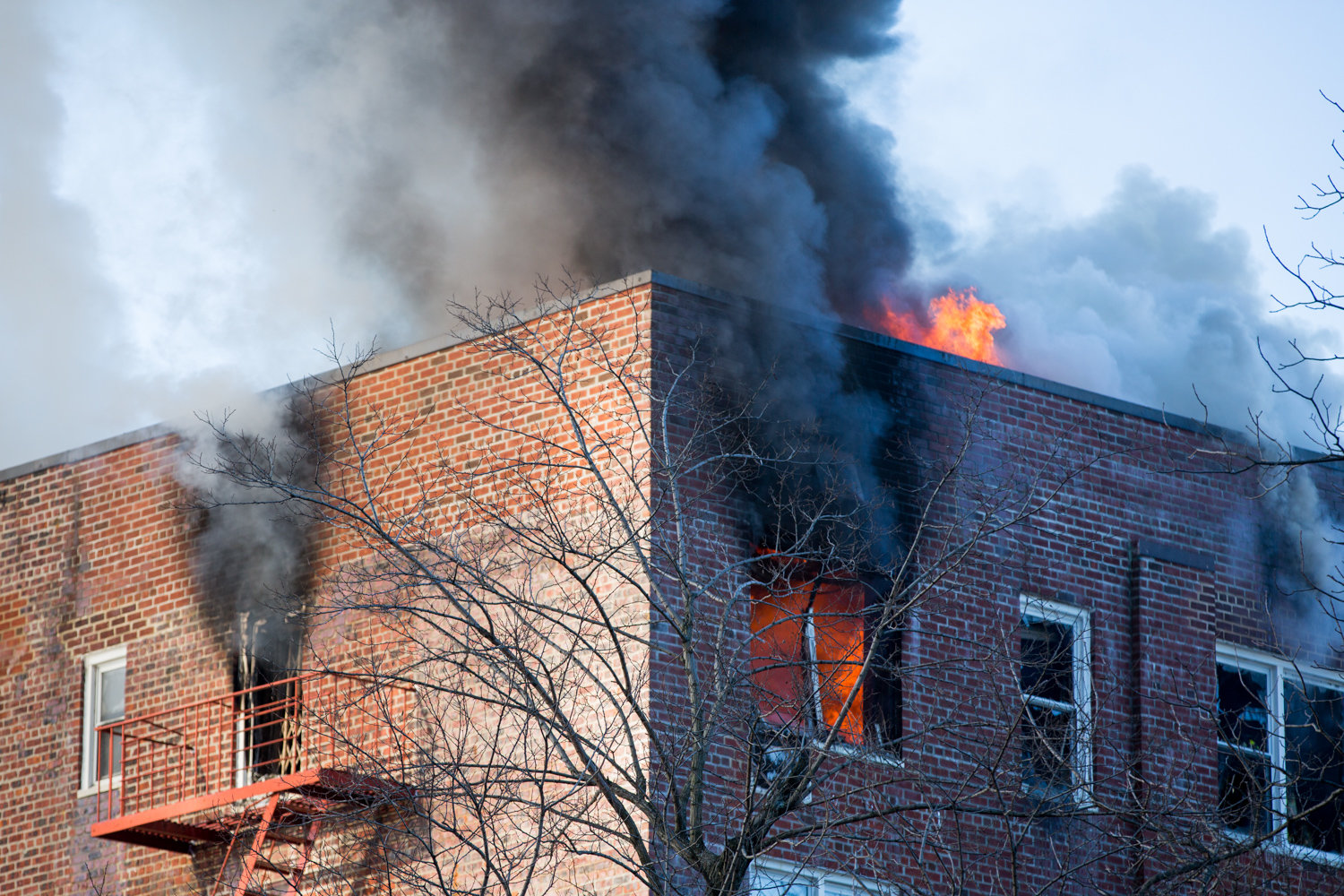 A fire rages in a sixth-floor apartment at 601 Kappock St. Firefighters contained the three-alarm blaze, which resulted in no injuries to residents.
JULIUS CONSTANTINE MOTAL 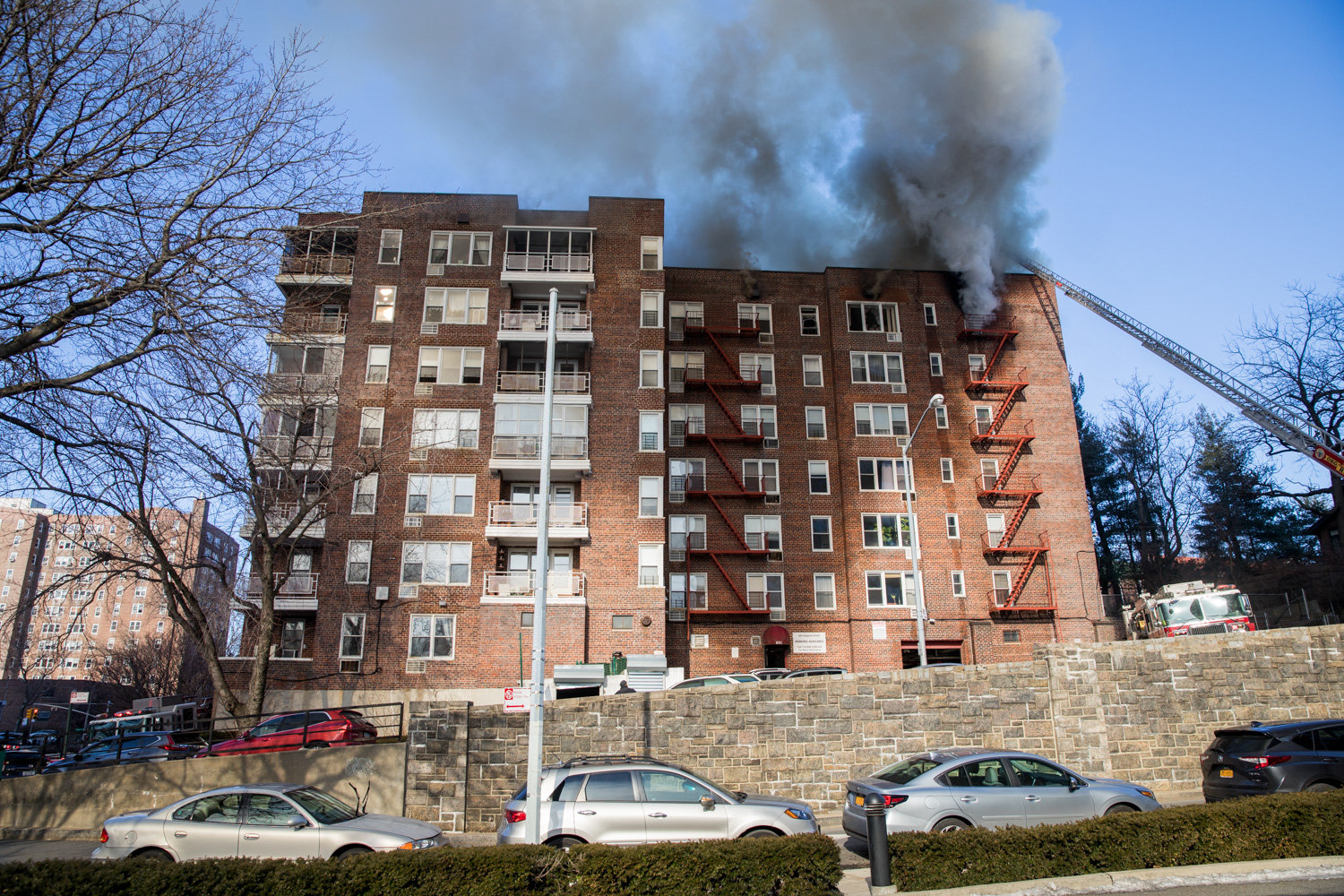 One firefighter is injured, but flames appear to now be under control at a three-alarm fire that broke out at 601 Kappock St., Tuesday morning.

First responders received a call about a fire just after 10 a.m., which drew nearly 140 emergency personnel to the scene, according to a New York Fire Department spokesperson.

The fire apparently started in an apartment on the top floor, spreading to two neighboring apartments before firefighters got it under control just after noon, according to officials.

One firefighter sustained minor injuries, and was sent to North Central Bronx Hospital.

“I’ve never been so scared in my life,” said Martha Tribuzio, who lives in the apartment next to the one where the fire started. “I grabbed my dogs and left.”

An investigation into the fire is ongoing.