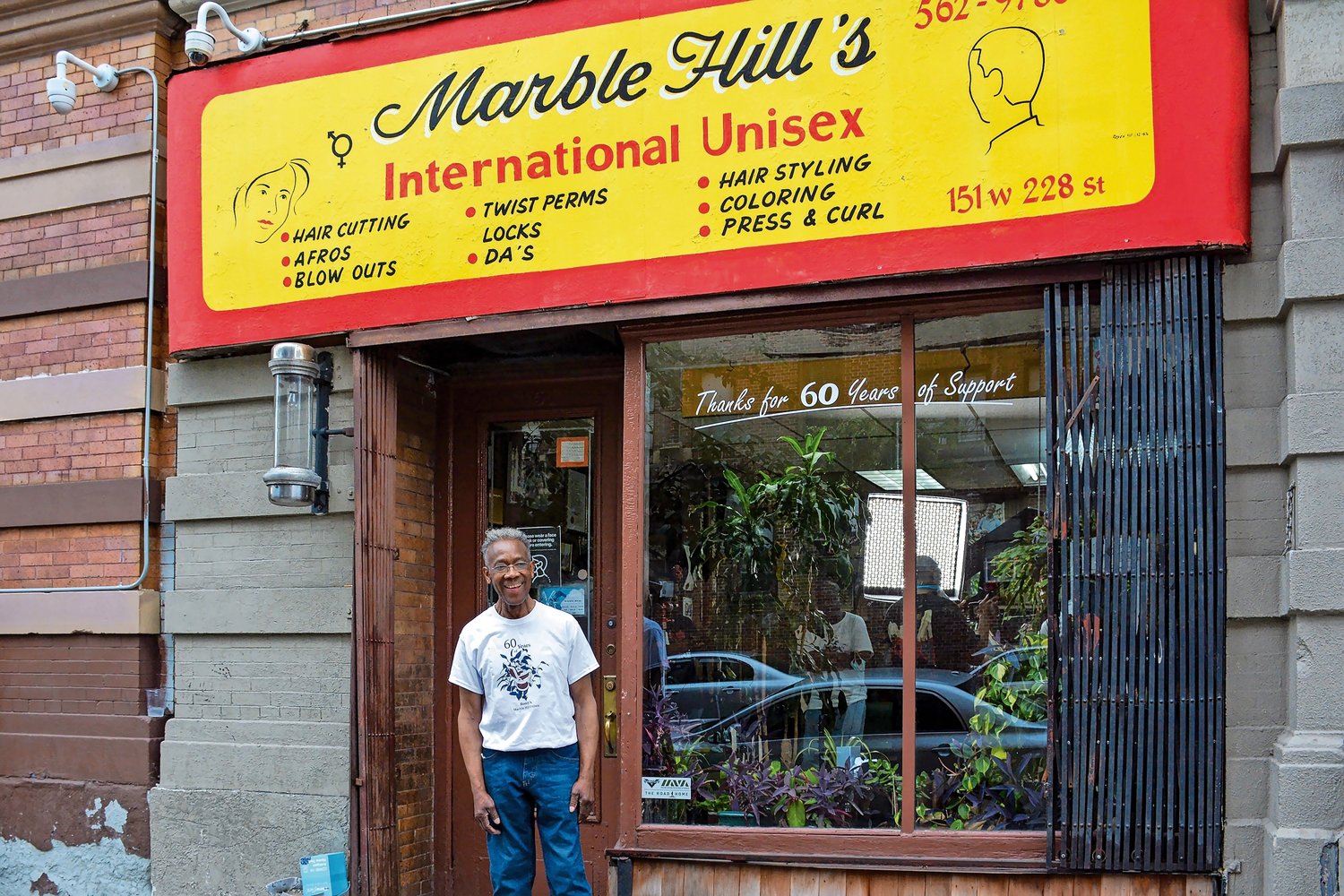 Rosey Spivey opened his Marble Hill barbershop in 1962 when he was 22 years old, making it one of the oldest Black-owned businesses in the area.
ABIGAIL NEHRING 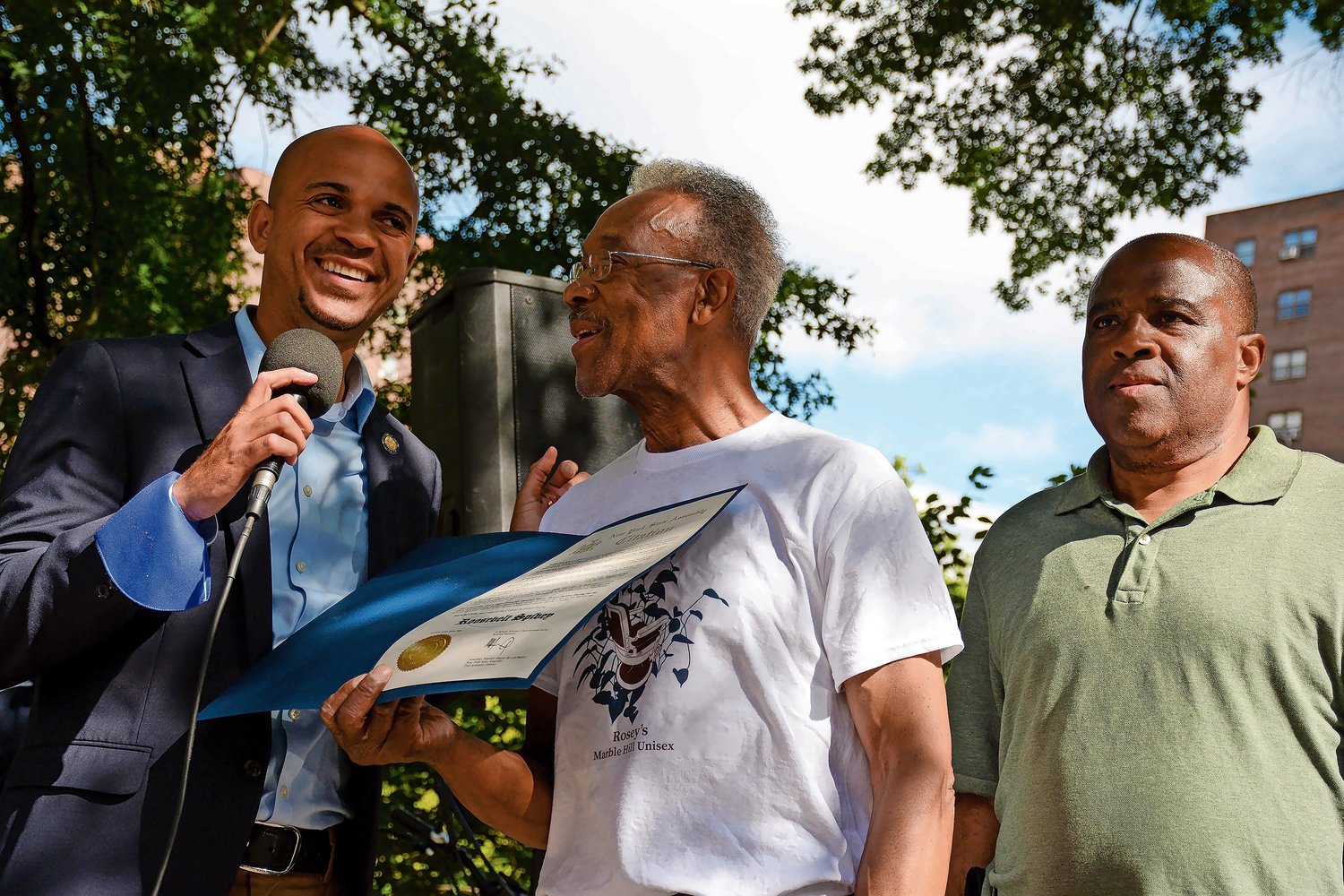 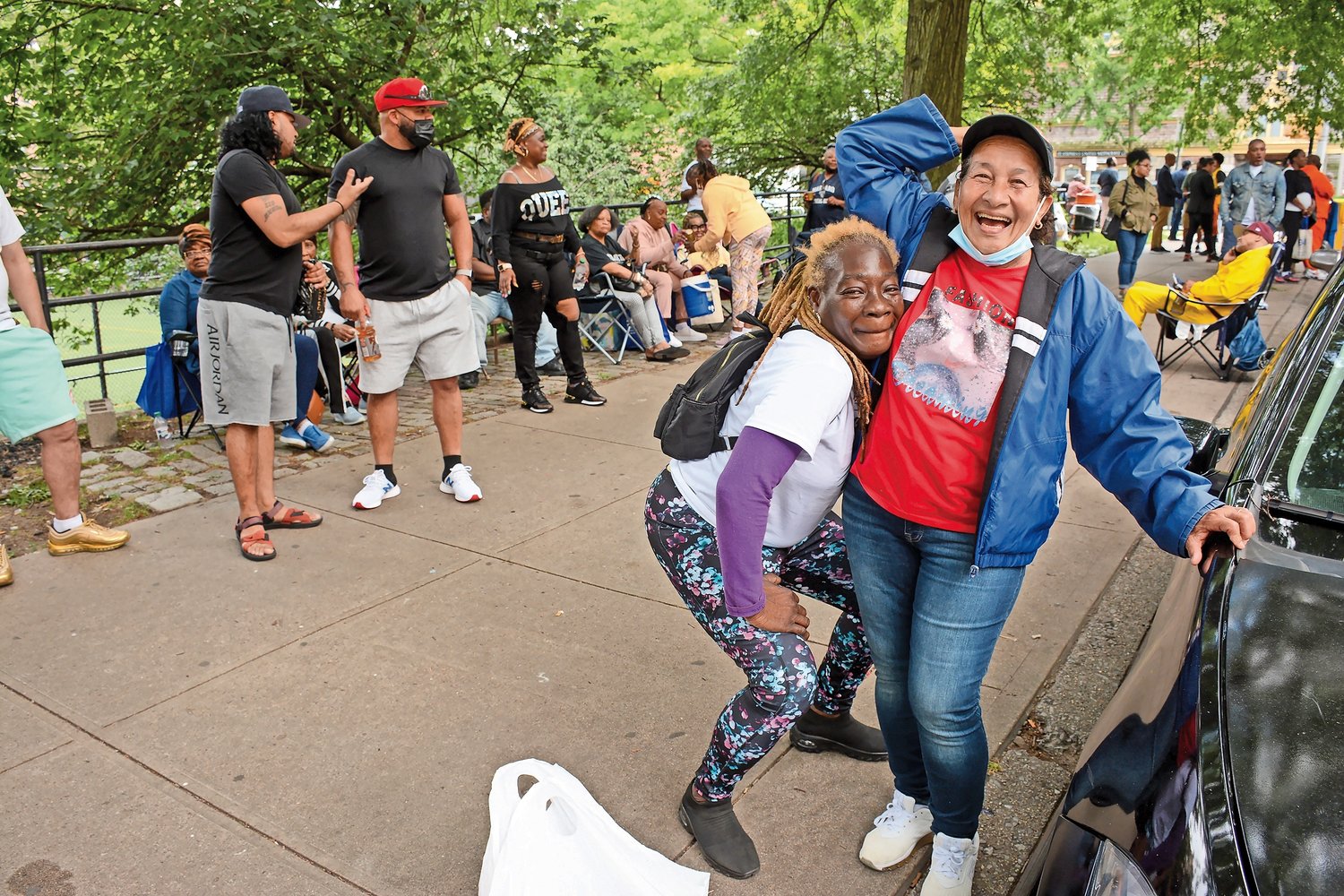 The street was a dance floor Saturday afternoon on Marble Hill Avenue, which was closed for a block party celebrating the 60th anniversary of the opening of Marble Hill’s International Unisex Salon.
ABIGAIL NEHRING
Previous Next
By Abigail Nehring

It seemed the whole neighborhood was in attendance—most with fresh cuts by Rosey of the International Unisex Salon on West 228th Street. They danced the Cha Cha Slide and woofed down burgers and hotdogs. Kids covered the pavement in chalk drawings, played Connect 4, and lined up in front of a piragua cart.

Tony Edwards, president of the Marble Hill Houses and unofficial party promoter, zipped from one end of the block to another, setting up tables and replenishing plastic plates.

Most people in attendance lived in one of 11 NYCHA buildings that rise up on either side of Broadway just past the bridge. Numerous department stores like Target and Marshall’s serve the community, but Rosey’s barber shop is the only black-owned business anyone at the block party knew of.

“To see this this in our area is great,” said Charles Cherry, 33, who stopped by the party with his friend Anthony Myrie, 24, the son of Spivey’s assistant manager, Garfield Myrie. “It’s something positive going on in the community. With the 60th anniversary, it gives the youth here hope.”

“He survived this last 60 years in this neighborhood and still has it at the same spot. It’s an honor,” said Howard Holland, 59, who was laughing and catching up with his neighbors in a row of lawn chairs on the sidewalk. “I’ve been going for 50 years and still to this day, that’s the only place I go. I will not get my haircut at another place, I promise you.”

Since that time, he’s had seven different landlords, and only recently fought off the owner’s attempt to double his rent.

U.S. Rep. Adriano Espaillat, who supported Spivey through that battle, recognized his role in the community with a Congressional Commendation Saturday.

“Today we celebrate unity,” Santos told the revelers as DJ Junior Cruz cut the music. “We celebrate who we are. But today is really about history and the staple that we’ve had for 60 years. I am honored and humbled to be here, not only to give Mr. Rosey a proclamation for his service and contribution to this community, but also for everything his family has done.”

“I have to thank God for all of this,” Spivey said, taking the award. “I’m so happy to see some people today I haven’t seen in a long time, but they’re some of my first customers. I thank the customers who are the ones that have kept me here.”