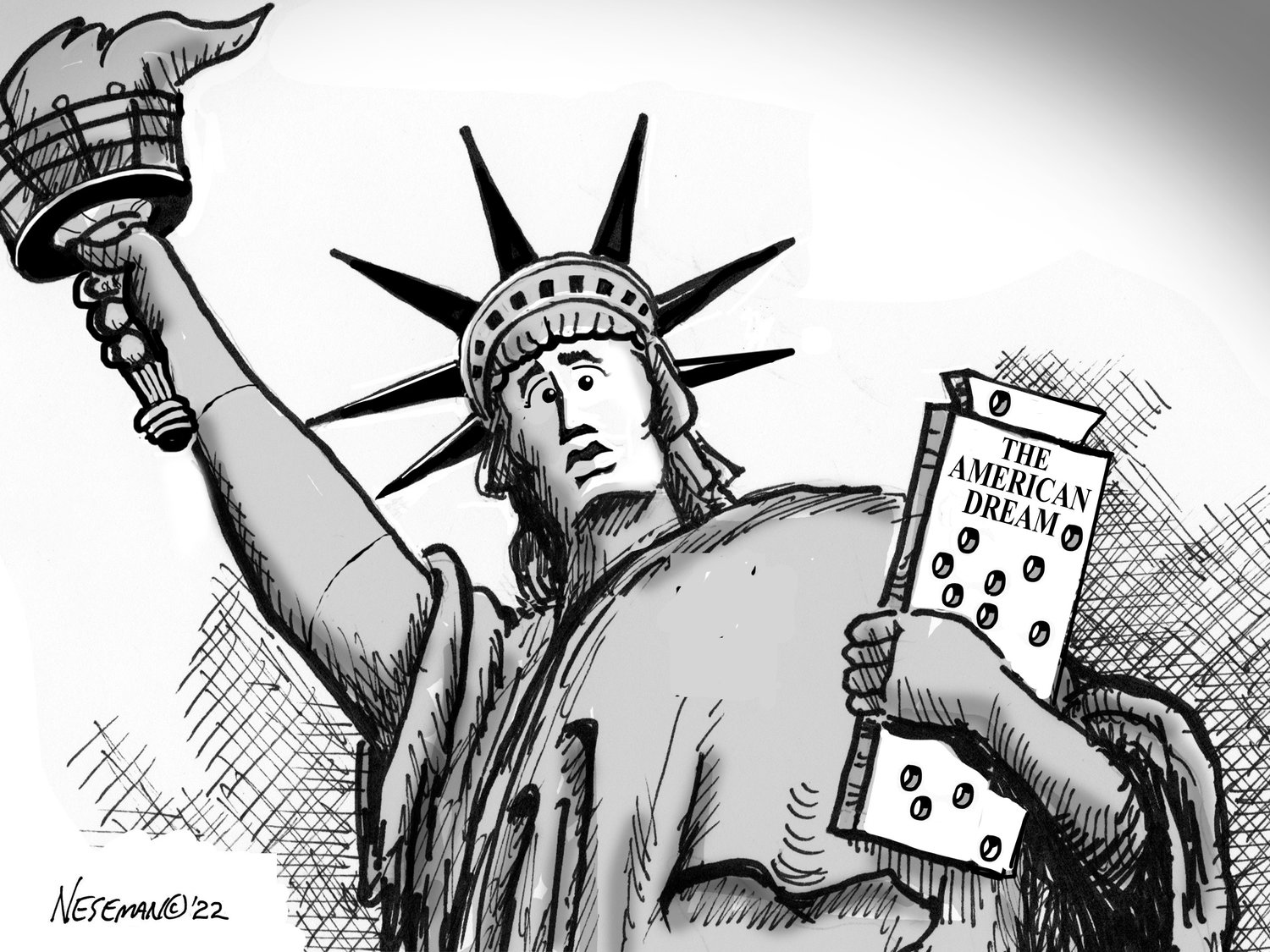 In a matter of one day last week, the U.S. Supreme Court turned the country’s judicial branch into a one-sided political one. It also was the day the country became one controlled by minority rule.

On June 23, the six conservative justices ruled New York state’s 111-year-old concealed carry gun law is unconstitutional, which allows people to carry such weapons for self-defense outside the home. That decision came less than a month after a shooter killed 10 Black people at a Buffalo supermarket.

Then on June 24, five of the six conservative justices overturned the 50-year-old Roe v. Wade decision that had made it a constitutional right for women to choose whether or not to carry a fetus to term. The new anti-abortion decision that replaces Roe will be known as Dobbs v. Jackson Women’s Health in Mississippi.

The key to both decisions was the culmination of a Republican strategy to push a long-term right-wing agenda to shore up gun rights and take away the choice of a women to decide what to do with her own body when it comes to having a child. Going back to the Reagan conservative revolution in the early 1980s, to the legal machinations of Senate Minority Leader Mitch McConnell, it was no coincidence those two decisions came when they did. And it was basically the first time the nine-member bench that included President Trump’s three justices — Neil Gorsuch, Brett Kavanaugh and Amy Coney Barrett — had the opportunity to vote on such pro-right issues.

It’s worth noting a recent Gallup poll where Americans’ identification as “pro-choice” has jumped six points to 55 percent, compared with the prior measure a year ago. Pro-choice sentiment is now the highest Gallup has measured since 1995, when it was 56 percent —  the only other time it has been at the current level or higher — while the 39 percent identifying as “pro-life” is the lowest since 1996.

The Republican Party, still under the leadership of McConnell and Trump, has made its agenda quite clear: The party of “no” during President Obama’s eight-year presidency has turned into the minority party that won’t take no for an answer. The Jan. 6, 2021 insurrection at the U.S. Capitol made that abundantly clear.

It has been argued the insurrection was only the beginning of something more that is planned as right-wing Republicans and QAnons prepare for a takeover of federal government not tried since the Civil War.

And now some liberals are starting to believe that once they saw what the new Supreme Court is capable of. On top of that, Justice Clarence Thomas hinted in the majority opinion that same-sex marriage and contraception could be the next targets in this slow-moving “coup” of a federal government run by the opposition party. (This is all happening while the Democrats have control of Congress and the executive branch.)

While the impact of the two decisions will take some time to sink in across the nation — except in those states with trigger laws that has already made it illegal to have abortions based on the Supreme Court decision — Democrats need to do two things in the next month or so.

They must wrap up the Jan. 6 insurrection committee hearings and issue its recommendations to the Justice Department.

They must also use both the Supreme Court decisions as fodder for the upcoming midterm general elections, or risk losing both chambers with a lame-duck president.

If they fail on both matters, they risk giving up our democracy to demagogues who have already shown the country how they will operate as a tyrannical power.