To protect and serve — far away from the classroom 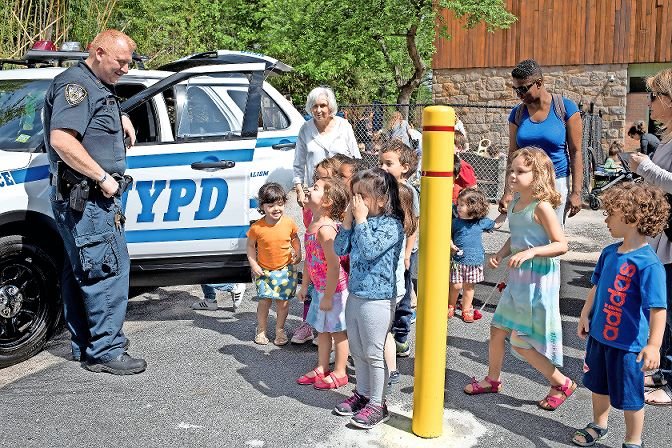 It’s fairly common to find school safety agents in city public schools. But with the high-profile deaths of Black and other people of color at the hands of the police making national headlines in recent months, some think law enforcement officials shouldn’t be in schools at all.
JULIUS CONSTANTINE MOTAL / File 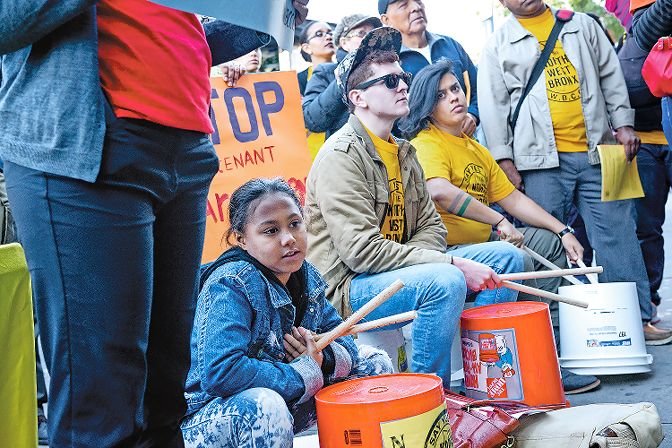 The Northwest Bronx Community and Clergy Coalition considers itself at the forefront of fighting for social justice in this part of the borough. Seen here in 2015 fighting for housing equality, the coalition recently offered an information session on police-free schools earlier this month.
ADRIAN FUSSELL / File 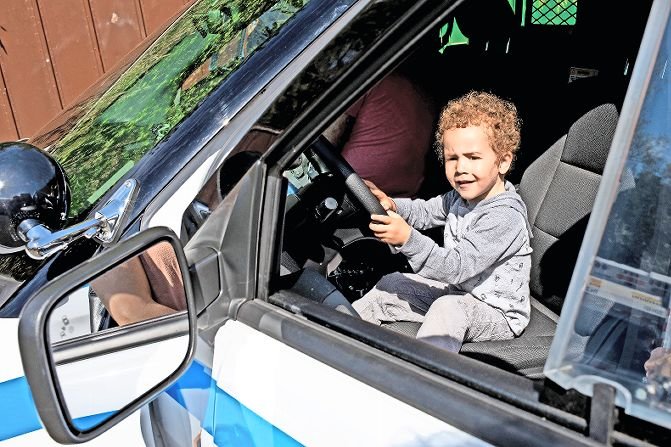 Many believe the police are here to protect and serve. But that’s not the experience some members of Sistas & Brothas United have had with on-campus officers at city public schools known as safety agents. They recently spoke about their experiences to an online audience of a police-free schools information session hosted by the Northwest Bronx Community and Clergy Coalition.
JULIUS CONSTANTINE MOTAL / File
Previous Next
The pipeline from school to prisons

Schools are supposed to lead to college, the military, trade school, and ultimately a career. But more and more are finding themselves caught in what some have described as the school-to-prison pipeline, making that next stop not meeting with a professor, but instead behind bars.

The American Civil Liberties Union says a number of factors contribute to the school-to-prison pipeline. Among them are lack of resources in public schools, zero-tolerance and suspension policies, and increased police presence. When combined, these circumstances essentially create a domino effect.

Because public school students might not have access to extracurricular activities, guidance counselors and social workers, schools instead resort to harsh punishments when they act out, according to the ACLU. Zero-tolerance policies mandate severe punishments like suspension for certain offenses, and do not often take surrounding circumstances — like mental illness, trouble at home or trauma — into consideration.

Those policies, combined with police presence, can lead to suspensions, expulsions, and even school-based arrests.

A 2018 study conducted by Million Dollar Hoods evaluated the arrest statistics of the Los Angeles School Police Department, the largest school police force in the country. It found while Black students only accounted for 8 percent of students in the city’s public schools, they were involved in 25 percent of the campus police incidents.

In comparison, white students made up 10 percent of the student population in the school district, but were only involved in 3 percent of police-involved incidents. Male students of color accounted for 76 percent of all campus police involvement.

Empty your pockets. Take off your belt and your shoes. Hope you don’t have to undergo “the wand.”

It’s what we must endure to get on an airplane. But for Bryan Aju, it’s what she and other students face just to get to class.

Metal detectors are part of life at Belmont’s High School for Energy and Technology, but they shouldn’t be. Not because Aju doesn’t feel she deserves to be safe — she just doesn’t believe that’s what metal detectors accomplish. Instead, they seem to only scare students, especially when such measures are used at elementary and middle schools.

“Students don’t get caught with guns and knives in a school with the metal detectors,” Aju said. “They get caught with paper clips, little pins … mechanical pencils that have metal in (them). I was almost in trouble with cops because I had a metal pen.”

Aju is a member of Sistas & Brothas United, a youth program organized by the Northwest Bronx Community and Clergy Coalition. It was formed, in part, to help rid schools of its so-called pipeline to prison. And for her, that starts with ending the practice of treating teenage misbehavior as if it’s the crime of the century.

It also means reassigning law enforcement officers off school campuses. As she shared during a recent coalition information session, the presence of these school safety agents doesn’t make her or many of her classmates feel any safer on campus. In fact, Aju believes some of what she described as unnecessary force used by officers on her classmates make them feel less safe.

“I have seen it on school grounds … where they’re separating a fight,” Aju said. “They will use brute force and slam students on walls and on the floor to separate them.”

Finding other ways to make peace

While school safety agents aren’t necessarily police officers, they’re still part of the New York Police Department. But even without the title — and without a sidearm — coalition member Anisah Sabur believes there’s little difference between the two.

“Everything that they’re taught is as police officers,” Sabur said. “Their response is punitive. There’s no way of communicating or navigating or mediating a confrontation without (them) being involved or some sort of punitive measures.”

The role of school safety agents, according to the NYPD, is to “provide security and ensure the safety of students, faculty and visitors in the New York City public school buildings,” which they do by patrolling, verifying the identities of and escorting visitors, and “challenging unauthorized personnel.”

But according to the recent coalition information session, the presence of these agents is failing to meet those goals, and it’s having detrimental effects on students.

Some might balk at the idea of schools without safety agents — especially in areas with higher concentrations of crime. But for Jamaal Bowman, there’s other ways to create a safe environment for students without the need to involve law enforcement.

Before upending U.S. Rep. Eliot Engel in June’s Democratic primary, Bowman’s career was in education. He saw his students from the perspective of a teacher, guidance counselor and principal. And to him, the answer is not policing, but turning around schools that otherwise are chronically underfunded.

One critical to a police-free school is implementing what Bowman describes as a restorative justice model. Rather than focusing on punishment, restorative justice focuses on healing and conflict resolution by allowing each side of a dispute to speak freely about what happened.

“When that conflict arises, how the school responds is critical,” Bowman said. Restorative justice “is a mediation that focuses on righting the wrong of the issue that took place, as well as building and strengthening the extended community of the school overall.”

Aju believes restorative justice gets to the root of the problems through conversation, and doesn’t immediately require more drastic responses, like detention or suspension.

“It’s great to have a restorative justice program because then things get talked out and sorted out,” she said. “I don’t have to be friends with my high school bullies, but I can let them know this is what’s hurting me, and this is what I don’t like.”

Bowman also believes offering extracurricular activities like art, music and sports can provide outlets and positive environments for students to cultivate and expand their interests — and the programs help keep them out of trouble.

But the focus doesn’t just need to be on extra-curriculars. Bowman believes change can also take place in the classroom. To him, teachers should be trained in approaches he describes as “culturally responsive.”

“Each year, hundreds of dangerous weapons — firearms, Tasers, BB guns, knives, box cutters and other types of weapons — are intercepted by school safety agents,” Floyd said. “That does not include the many more that would be brought to school by students but for the deterrent effect of metal detectors and NYPD school safety agents.

“How can we expect our school children to learn and our educators to instruct if we cannot ensure their safety?”

Police-free schools are just a start, Aju said. Once school safety agents are removed, she believes students will once again feel excited to go to school each day.

It’s “a school environment that is more invested in making sure each student’s education is on top and important,” Aju said, “making sure that the students’ mental health and physical health is important, as well as their social and emotional health.”