Tom Suozzi all ready to solve problems in Albany 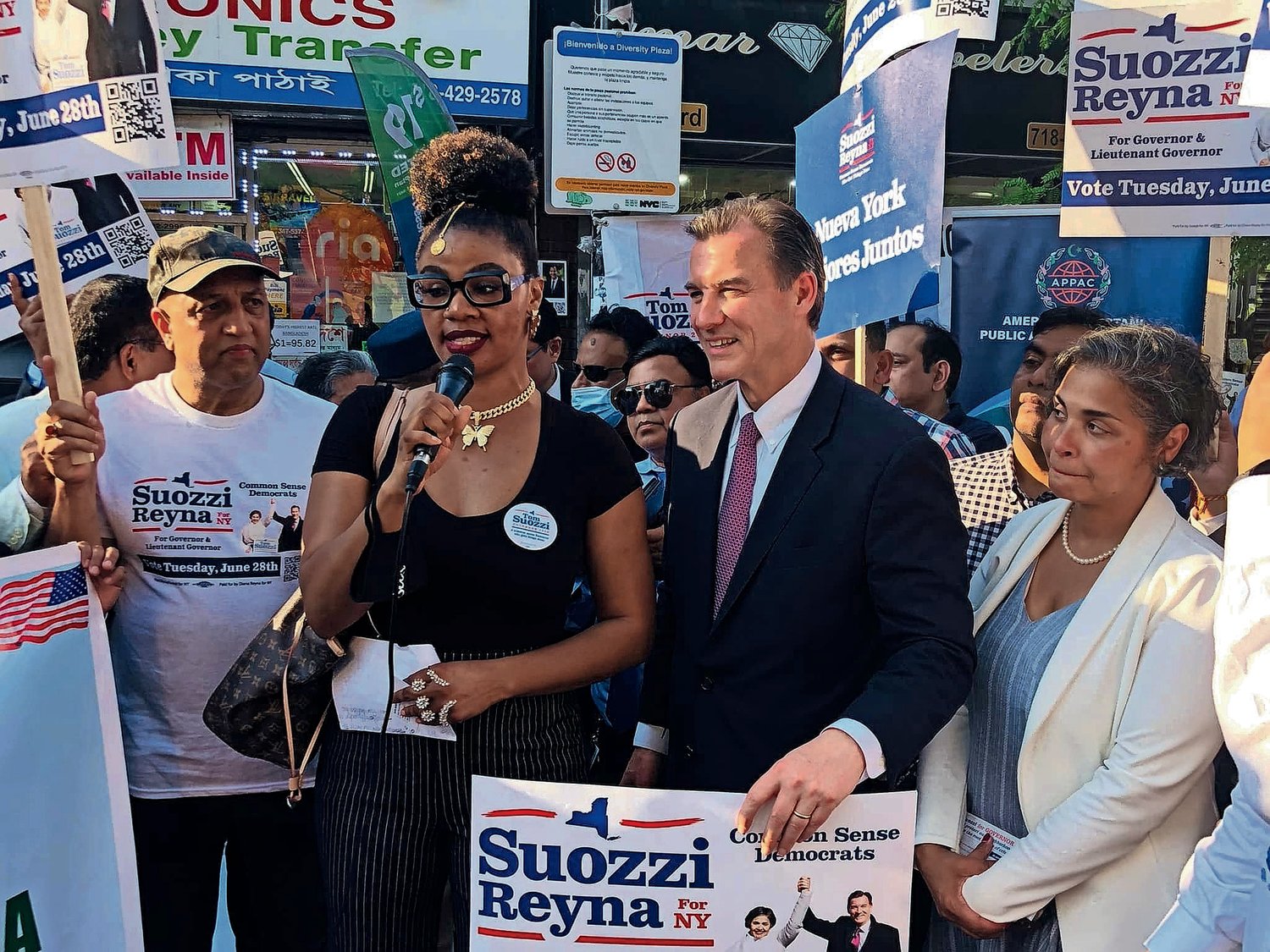 U.S. Rep. Tom Suozzi says he’s leaving Congress so he can fix what’s broken in Albany — even if that means upending the incumbent governor from his own party, Kathy Hochul.
Courtesy the Tom Suozzi gubernatorial campaign
Talking to the candidates

Herald Community Newspapers provided a chance for all of New York’s gubernatorial candidates to meet with a select editorial team to present their views and answer questions.

U.S. Rep. Tom Suozzi and Andrew Giuliani, a former special assistant to the president in the Trump administration, are featured this week.

The responses of the other candidates who took part in the roundtable sessions will be published next week.

Tom Suozzi’s path to the governor’s mansion won’t be an easy one — especially since he’ll have to win a June 28 Democratic primary that includes a popular incumbent, fellow Democrat Kathy Hochul.

But Suozzi isn’t deterred, convinced that Hochul is vulnerable thanks to a few missteps and what he says is a hard lean to the left since her ascension following Andrew Cuomo’s resignation.

“Kathy Hochul was wrong for the job,” Suozzi told a team of reporters in the Ballot Session roundtable. “She came in saying, ‘You know, I’m going to be a breath of fresh air. And there’s going to be the most transparent, most ethical government in the history of New York. I’m not going to be Andrew Cuomo.’”

But then Hochul passed what Suozzi called the state’s “most secretive budget” in decades, which included what he described as a “billion-dollar” giveaway to the Buffalo Bills for a new stadium.

“There was no public hearing,” Suozzi said.

“It was the biggest giveaway in the history of the NFL.”

The 59-year-old has represented a good portion of Nassau County as a congressman since 2017, eight years after spending two terms as Nassau’s county executive, helping to quell a governmental financial collapse. He first took elected office in 1994, as mayor of Glen Cove — a city of 28,000 people in Nassau — where he earned high marks for his environmental efforts in cleaning up old industrial sites.

“Nassau County was rated the worst-run county in America when I got there,” Suozzi said. “I turned it around, and got it into the ‘A’ ranks. I left with the lowest crime rate in the history of Nassau County. I turned this county around.

“I’ve been in Congress for five and a half years,” he added, “and I’ve given up Congress to run for governor because I just feel so strongly about what’s wrong with our state, and it needs to be fixed.”

In fact, it’s Congress where Suozzi says most of his preparation to take over as governor took place. He is vice chair of the House’s Problem Solvers Caucus, a bipartisan group of 58 congressional members evenly split between Democrats and Republicans, with the hope of bringing about more bipartisan consensus.

Among the caucus’s successes include President Biden’s $1 trillion infrastructure plan, Suozzi said, which made it through both chambers this past year.

Suozzi’s biggest focus in his primary challenge, however, is crime. He opposes the state’s cashless bail policy, and even took heat last month for tying bail reform to the May 14 shooting in a Buffalo supermarket that claimed the lives of 10 people.

Talking to the Ballot Session roundtable, Suozzi instead blamed Hochul for not enforcing existing “red flag” laws that would remove guns from those who authorities believed could threaten the safety of others.

One recent study of congressional primaries showed that the chance of an incumbent being ousted in a primary is virtually nonexistent. But then again, this is New York, where incumbency doesn’t guarantee much of anything.

“I do things to build relationships,” Suozzi said. “I won’t compromise my values, and I’m not going to vote for something I don’t believe in. And having been doing politics since I was elected mayor of Glen Cove in 1993, I know how to get stuff done.”