Torres, other electeds, get ready for trip to Israel 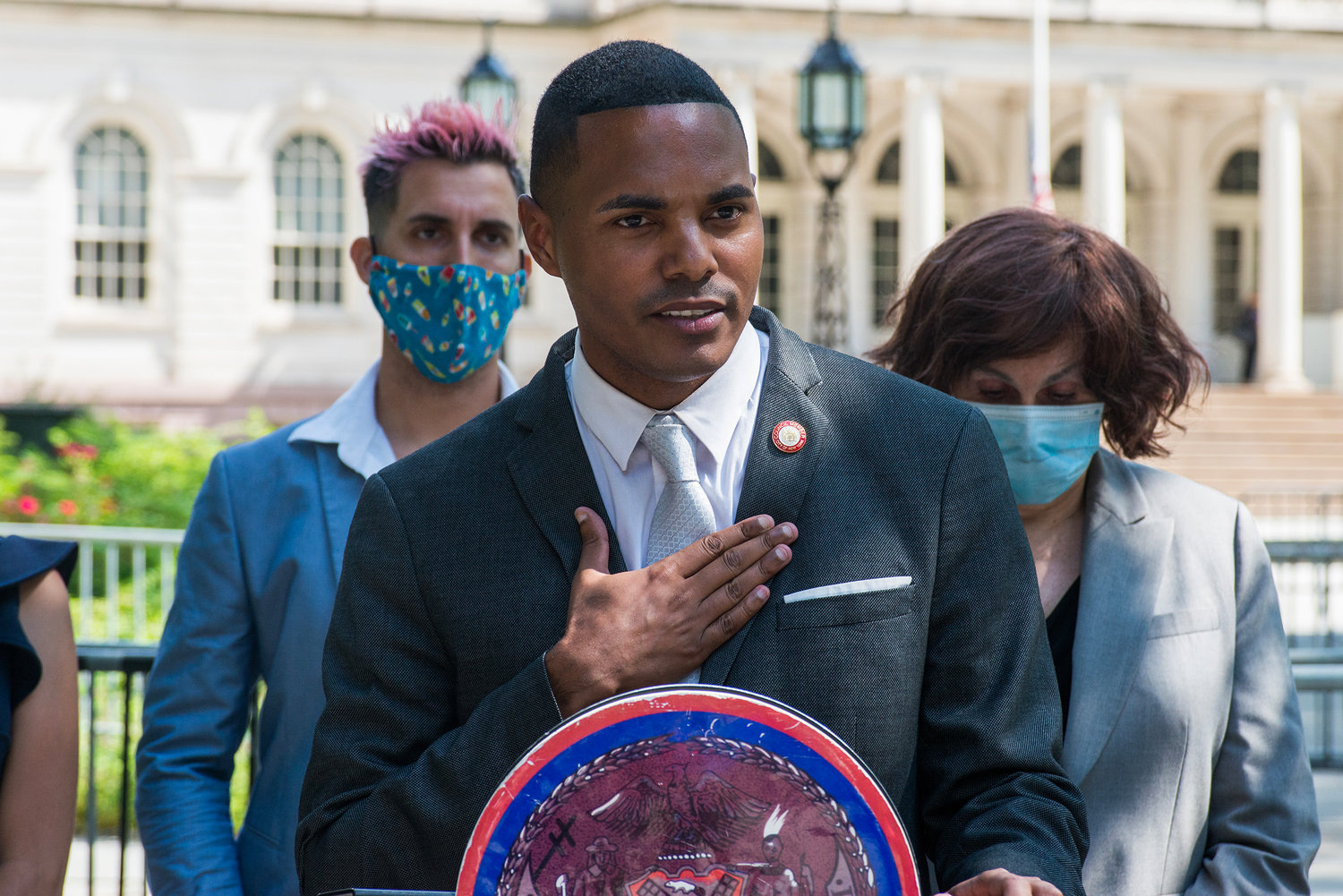 Rep. Ritchie Torres, along with Borough President Vanessa Gibson and District Attorney Darcel Clark, are heading to Israel at the end of the month. None of the electeds have made a public announcement about the trip thus far.
Courtesy of Jeffrey WZ Reed 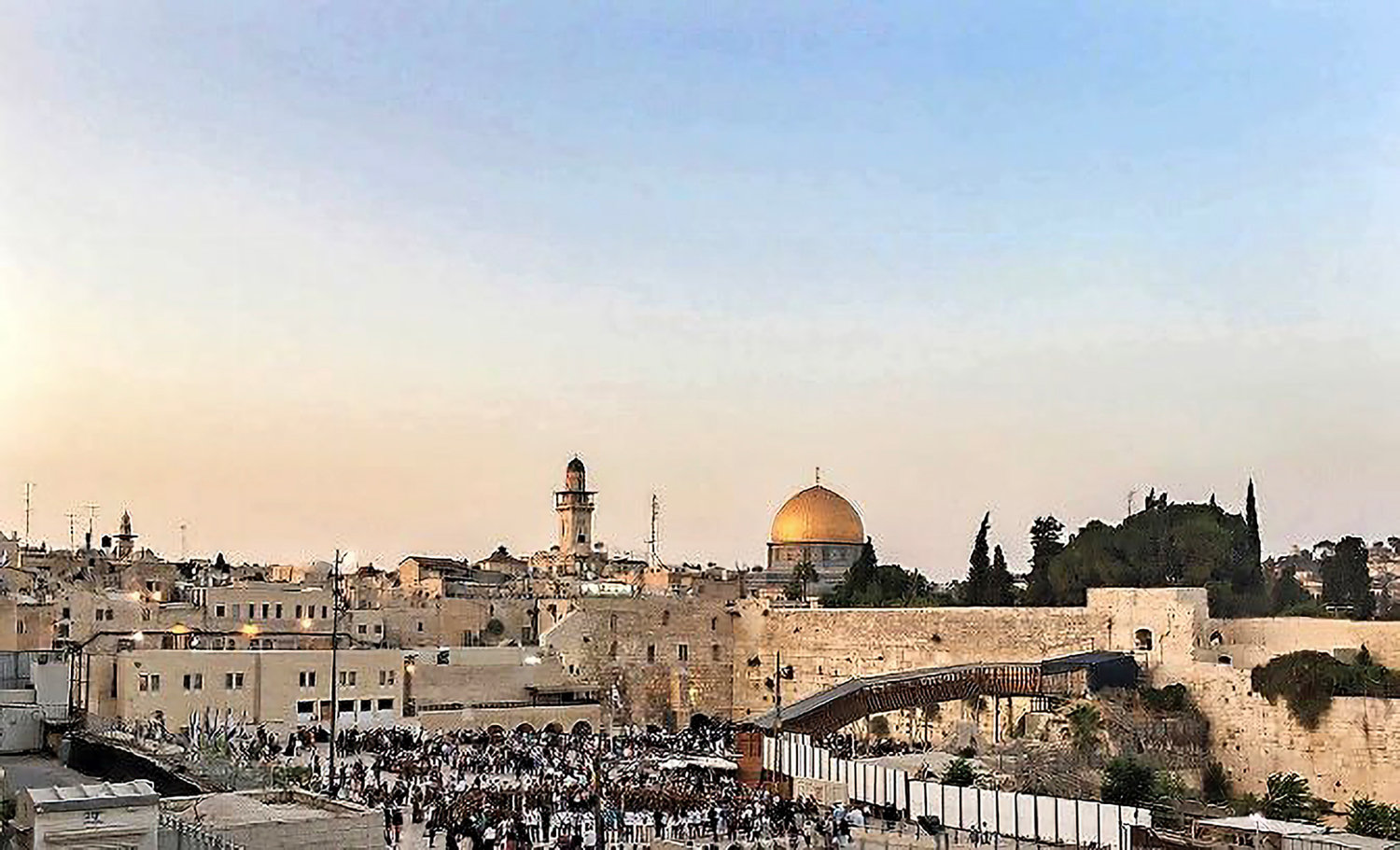 This will be Rep. Ritchie Torres fourth trip to Israel. The trip is being paid for by JCRC-NY.
Courtesy of KIRSTYN BRENDLEN
Previous Next
By Sachi McClendon

Rep. Ritchie Torres will join a group of Bronx dignitaries and Riverdale rabbis on a trip to Israel Oct. 31 to Nov. 4 to learn more about diversity and the Israeli-Palestinian relationship.

Bronx Borough President Vanessa Gibson and Bronx District Attorney Darcel Clark will be among the electeds on the trip.

According to Rep. Torres’ deputy chief of staff, Sophie Pollock, the Bronx delegation will visit Tel Aviv, Jerusalem, Ramallah, and other Israeli towns bordering Gaza. This will be the congressman’s fourth trip to Israel. He visited twice while as a member of the city council, and once as a member of Congress.

“These trips deepened not only his understanding on the regional, geopolitical conflicts, but also of the diversity of the Jewish and non-Jewish communities in Israel,” Pollock said in an email to The Riverdale Press.

Barry Dov Katz of the Conservative Synagogue Adath Israel of Riverdale is one of the rabbis that will be tagging along for the study tour.

“The idea is to examine diversity and inclusion within Israeli communities and in the Israeli Palestinian context,” the rabbi said.  “And discuss bridge building and community partnerships while we’re there.”

The trip was organized, and paid for by the Jewish Community Relations Council of New York, which according to its website, builds relationships with other cultural organizations to advance the values of the Jewish community.

“In this time of increasing antisemitism, JCRC-NY study tours are designed to highlight some of the key bridge-building activities between diverse Jewish and non-Jewish communities in Israel in a variety of fields so that we may inspire participants to bring some of these strategies and frameworks back to NYC for the benefit of our own communities at home,” said JCRC chief executive Gideon Taylor in an email to The Press.

“It’s a two-pronged goal. One: to introduce Israel and all its complexity. And two: to meet people who are working in diversity and inclusion in an Israeli context and Israeli Palestinian context, and bridge building and community partnerships,” Katz said, adding that a third aim is to further the connection between Bronx electeds and the Jewish community.

Katz also said he’s just personally excited to introduce the congressman to the Jewish holy land. “I love Israel. And so part of my role is in sharing my love of Israel,” he said. “And why I think Israel is so important — and how Israel is important — to the Jewish community.”

Rabbi Steven Exler, Rabbi Binyamin Krauss, Rabbi David Evan Markus, and Rabbi Bob Kaplan — who works for JCRC — are the other rabbis who will be on the trip.

Torres — who will represent Riverdale starting in 2023 thanks to redistricting once he is officially elected in the general election Nov. 8 — in particular has been a vocal supporter of Israel recently.

He attended a pro-Israeli parade in late May and tweeted in February that an Amnesty International report, which likened Israel to an apartheid state, was a lie.

“We hear him talk about gun violence, which is an important issue in the district, but also about Israel — which probably wasn’t a major concern for his earlier district,” Margaret Groarke, a political science professor at Manhattan College, had previously told The Press. “But his new constituents in Riverdale, with a diversity of opinions about Israel, have strong concerns about Israel.”

Neither Clark nor Gibson responded to a request for comment.

Clark’s office has been prosecuting a high-profile case of antisemitic vandalism in the area though. In April 2021, Jordan Burnette allegedly broke windows and wreaked havoc at four different synagogues in the Bronx over a three-day period.

In fact, Conservative Synagogue Adath Israel of Riverdale, where Katz works, was one of the synagogues targeted by Burnette. His crime spree came to an end when he went to CSAIR to damage some religious texts and then made off with a bike on the property.

A grand jury indicted Burnette last October on a slew of charges related to vandalism and criminal mischief — many of which are being classified as hate crimes.

If convicted at that level, Burnette could face more severe sentencing.

“Those shameful incidents brought fear and terror to worshippers,” Clark said at the time of his arrest. “To our Bronx Jewish community, we support you and we are also horrified about those attacks. We live in a vibrant, diverse community, and we are united against these appalling acts.”