Congressional districts may finally be solidified, but it leaves senate questionable 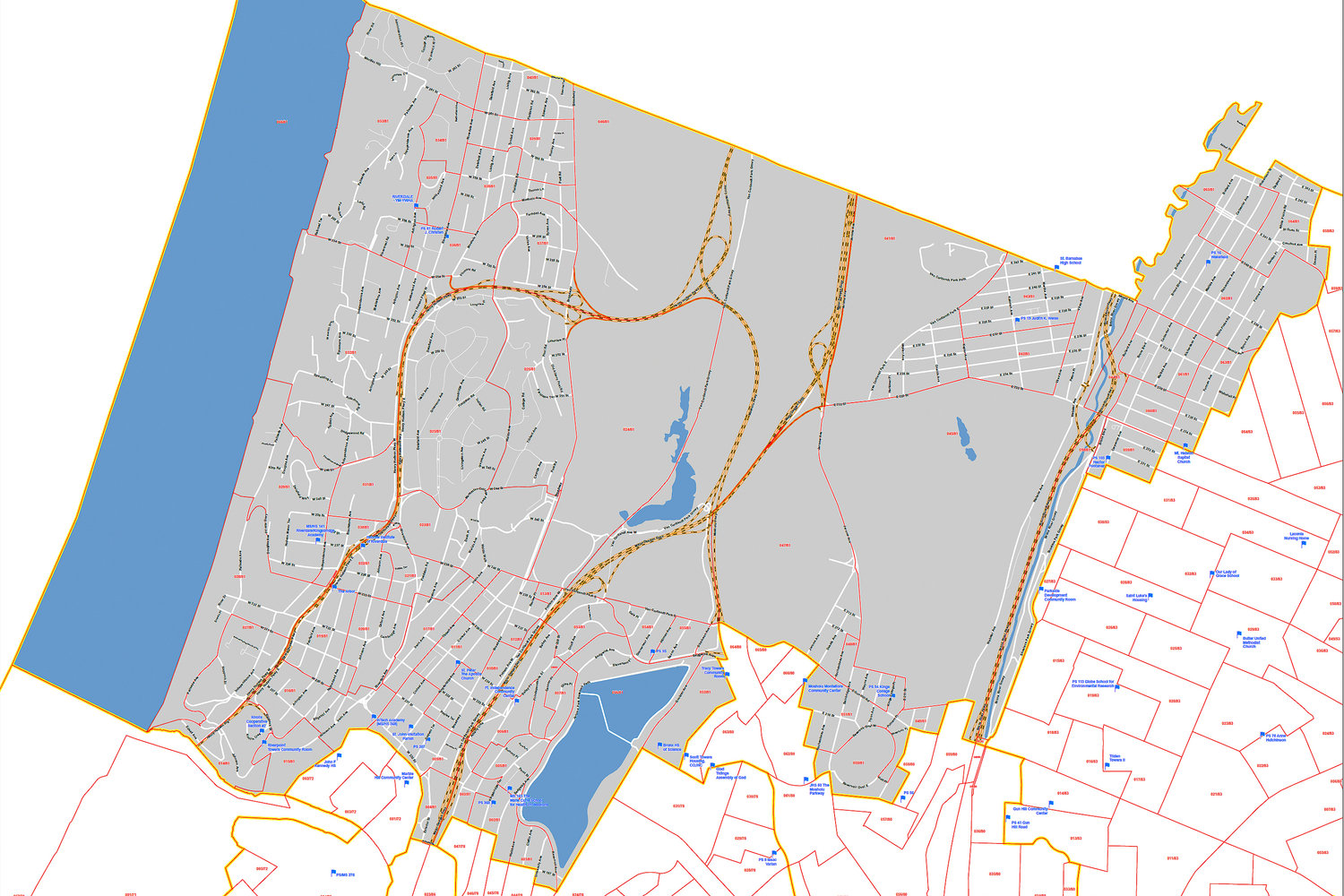 A map of the new 81st Assembly District that is expected to stay intact following the latest ruling from the judge overseeing the redistricting lawsuit.
Courtesy of the New York City Board of Elections

Their argument is that we have to leave unconstitutional law in place because we’ve run out of time. But that’s only because the state legislature waited until the last minute to break the law.”
AARON FOLDENAUER, New York Young Republican Club
By SACHI McCLENDON

Greater Riverdale will fall under a new district in the upcoming midterm elections based on a draft of a new state congressional district map that was published Monday. The new senate district will still be the 34th but it will look slightly different, based on maps dropped on Tuesday.

And state Sen. Alessandra Biaggi, who had been running for congressional district 3, could still  run for that seat even though her Pelham home is now in District 16. According to the New York State’s Board of Elections’ website, candidates only have to be a resident of New York in order to run for a congressional seat. That means that Biaggi could still run for CD3, even though she wouldn’t live within the district, if the draft map were to be approved this Friday.

New York state Supreme Court Justice Patrick McAllister, who is overseeing the state congressional and state Senate redistricting lawsuit, allowed the map drawn by special master Jonathan Cervas to be published. It creates eight competitive districts, where there were only three before under the previous state legislature plan.

The greater Riverdale community, for the most part, will fall into the new Congressional District 15, which is now represented by Democrat Ritchie Torres. Currently, it is in the 16th District and is represented by Democrat Jamaal Bowman. The new district is shaped much less like a barbell. It starts in the northwest Bronx, avoiding the Jerome Park Reservoir, travels over to Van Cortlandt Park and then heads south until it reaches Mott Haven.

It will no longer cover neighborhoods in the eastern coastal part of the Bronx, like Hunts Point, Soundview and Castle Hill.

Democrat Adriano Espaillat’s Congressional District 13 would also cover a bit more of Kingsbridge, if these new maps were to be approved.

However, the new CD3 proposed by Cervas no longer does. Instead, Pelham falls under Congressional District 16, which is represented by Bowman, a fellow progressive.

Biaggi had said earlier she was committed to staying in a congressional race even after the state’s highest court threw out the new Congressional maps back in late April. “I entered this race because I am deeply committed to fighting for the people of NY-3 and protecting abortion and voting rights, combating the climate crisis, and expanding access to affordable health care and housing,” Biaggi told supporters in an email. “I am the most experienced, qualified and committed candidate.”

Her campaign has yet to release a statement on whether she will continue to contend for a congressional seat. McAllister has given the redistricting expert until May 20 to publish the finalized maps.

Under the maps approved by the state legislature, the greater Riverdale area was slated to move into the 36th district, which cut  southeast across the borough — encompassing Throgs Neck, City Island and Pelham Bay —then moved upwards into Westchester County.

Under Cervas’ proposed map, Riverdale will be a part of the senate district 34, which will still travel east across the Bronx and up into Westchester County. It appears that only a small portion of the southeast Bronx will be cut from the district under the draft map. The new 34th District would still encompass Biaggi’s residence in Pelham.

In related news, Justice McAllister rejected a GOP-aligned motion last Tuesday to toss out the new Assembly maps approved by the state legislature. While he agreed that the lines were drawn in an unconstitutional manner, he ruled that there was simply not enough time to reapportion the Assembly districts.

In the hearing last week, Aaron Foldenauer, who represents the head of the New York Young Republican Club, pleaded with McAllister to strike down the new Assembly maps, arguing that there’s still enough time to redraw lines.

“Their argument is that we have to leave the unconstitutional law in place, because we’ve run out of time. But that’s only because the state legislature waited until the last minute to break the law.”

“Changing the Assembly district would have ripple down effects on other races — such as judicial delegates, and district leaders in New York City, among other things — which is why it’s so important that this court act now, to correct the unconstitutional maps we have here.”

In the hearing Judge McAlister appeared to be more focused on the logistical ramifications of tossing out the new maps with the June 28 primary less than a month and a half away. “There’s a whole lot of things that have to happen at the Board of Elections in order to make this fly and make this comport with the law. And I’m worried that that’s not going to happen,” he said.

In the end, the judge refused the club’s challenge.

In a separate ruling on the same day, McAllister also signed off on a new political calendar, proposed by the New York State Board of Elections, for the Congressional and state Senate races.

Candidates whose petitions were already approved by the board of elections can breathe a sigh of relief as they will not have to recollect signatures to appear on the ballot. Once the new maps have gone public on May 20, all those candidates will have to do is inform the board of which district they will be running in.

A new petitioning period will open up starting May 21 through June 10 for all other candidates hoping to appear on the Aug. 23 primary ballot..

That leaves the door open for one former state Senate candidate, James Gisondi, who was knocked off the Democratic ballot after he improperly filed his nominating petitions. Gisondi previously told The Riverdale Press that he plans to wait and see the new maps before deciding whether to jump back into the race.

Even though all the redistricting dust appears to be settled, Foldenauer filed a separate lawsuit in Manhattan on Monday, urging the courts to redraw the Assembly maps. Whether or not that lawsuit will gain traction remains to be seen.