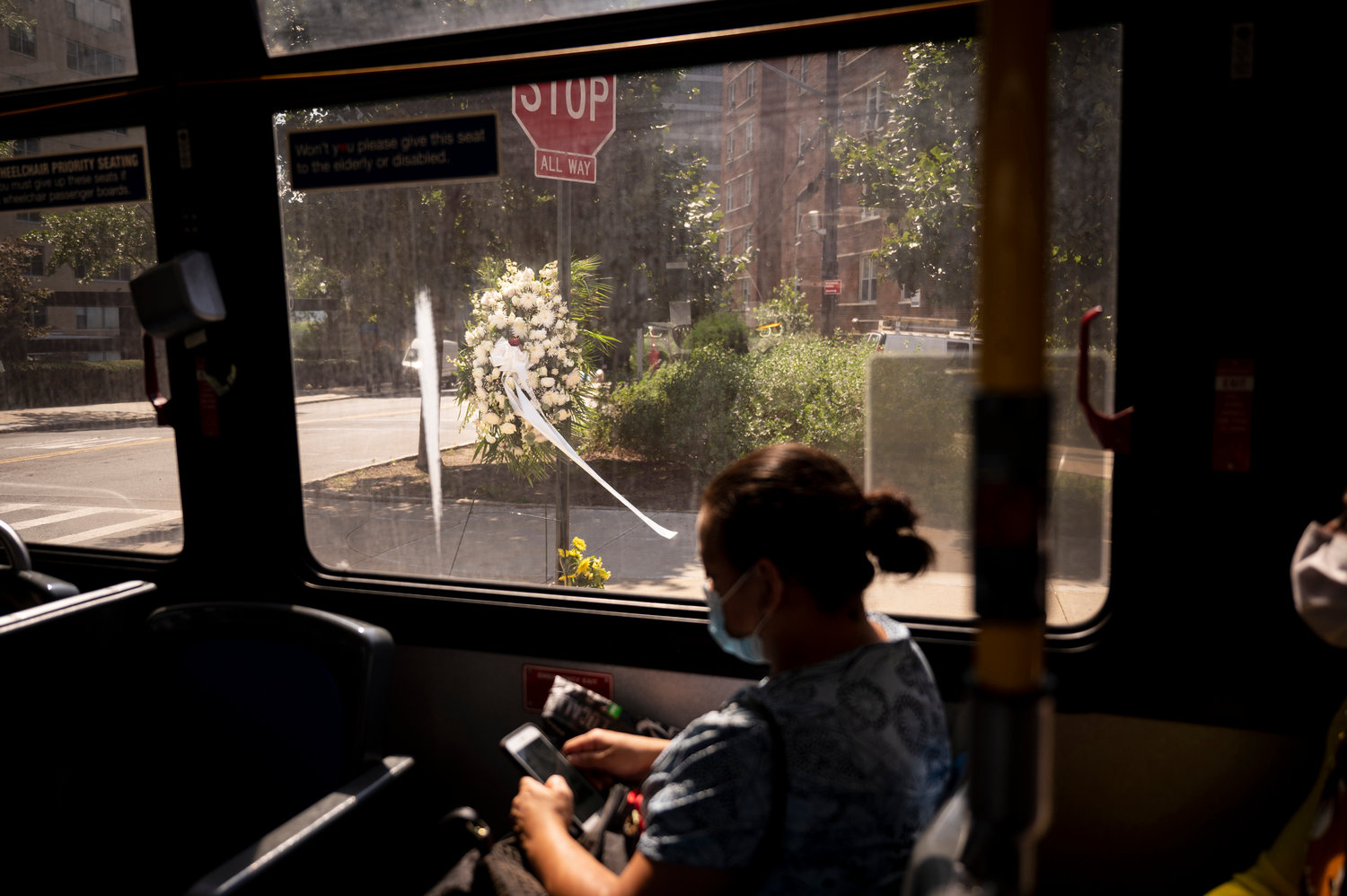 Years of community and political advocacy have prevailed after the city’s transportation department confirmed a traffic light for what many see as an ill-fated intersection at the Kappock Street and Johnson Avenue intersection where Ruth Mullen was killed this past September.
HIRAM ALEJANDRO DURÁN/ File 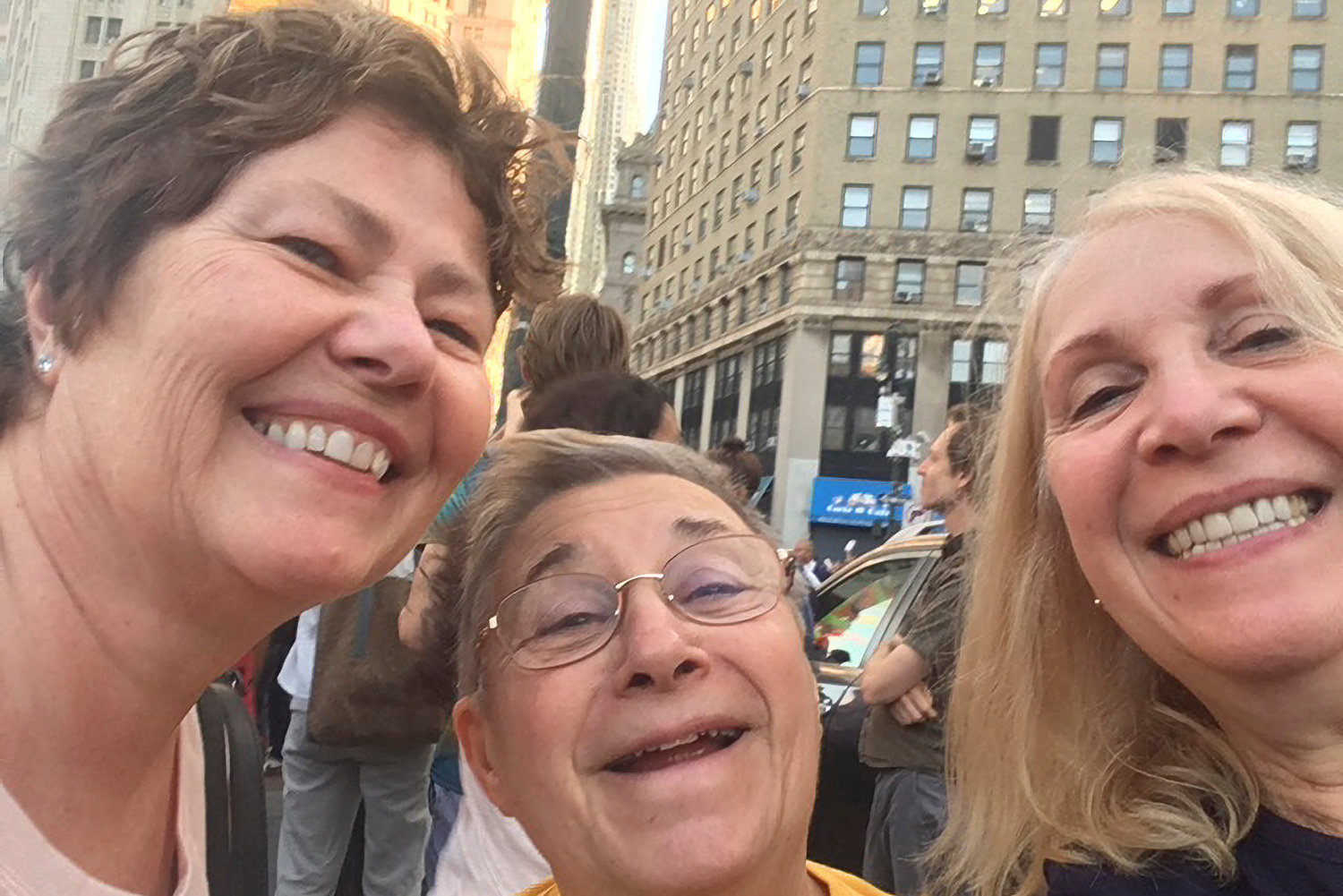 After finishing its traffic study, the city’s transportation department determined a traffic light should be installed at Kappock Street and Johnson Avenue. Local activist Ruth Mullen had long called for safety measures at the intersection, making her death while crossing the intersection this past September a tragedy — but one that could have been prevented.
Courtesy of Judith Minkoff-Grey
Previous Next
By SARAH BELLE LIN

A hard-fought battle has finally produced results. An intersection that claimed the life of a prominent resident last year will now get a traffic light.

At least that’s the word from the city’s transportation department, paving the way for such a signal at Kappock Street and Johnson Avenue. Officials there came to that conclusion after field visits and what they described as a focus on the “geometry of the intersection.” That includes potential obstructions, existing signage and markings, along with traffic volumes, speed, and other factors.

There has been only one death recorded at the intersection, according to the transportation department. But it was a big one — Ruth Mullen, hit by a Metropolitan Transportation Authority express bus while crossing the street.

“I’ve known more of my life with Ruth than without her,” said Jim Bradley, who met the woman who would become his wife more than 30 years ago when he was just 29.

It’s been a little more than three months without Ruth, and it’s been difficult for Bradley to escape reminders of what happened from the Spuyten Duyvil home they once shared.

“I can see where she died from every window in my apartment,” he said.

Bradley remembers the mantra Ruth always shared with him about the Kappock/Johnson intersection. That “nothing would change that street corner until somebody died.”

Still, when Bradley can bring himself to look out at the intersection, he sees anywhere from “100 to 200 violations every hour when it’s really busy.”

Sue Ellen Dodell misses Ruth terribly. A member of the local political group Riverdale Huddle, Dodell says she’s outraged the police department, highway patrol and MTA investigations still have not been completed. She’s also upset the DOT traffic study had taken so long, although city officials had warned such a study could take more than a year to complete.

“The intersection of Kappock and Johnson remains dangerous,” Dodell said.

But the New York Police Department has made some progress, charging the express bus driver with failure to yield to a pedestrian and failure to use due care.

The MTA deferred press inquiries to DOT, which said it would continue looking for ways to improve Kappock and Johnson beyond the planned traffic light. DOT installed raised plastic curbs in the aftermath of Ruth’s death, designed to calm traffic and slow left turns.

“We’ve also relocated a nearby streetlight, added two new street lights, and are upgrading street markings to improve visibility,” DOT spokesman Vincent Barone said. “We’ve also followed up with the MTA to discuss operator safety and whatever might have contributed to the crash.”

But Bradley says that’s not enough.

“They need to put a camera there,” he said. “It needs to be enforced.

“If I just put up one of my cameras there and just did a time-lapse or just recorded every car that goes through there — hundreds of violations.”

The consensus of neighbors and elected officials — like Councilman Eric Dinowitz — seemed to focus on installing a traffic light.

“Even with the all-way stop sign, drivers can simply choose not to follow them,” the councilman said in a statement. “And that is evident every single day.”

To make matters worse, even the recently added street lights had their fair share of problems when some in the neighborhood observed them not working. Dinowitz and others reported the issue to DOT, but resolving it still took several days.

That’s enough to get the attention of Lee Chong, who leads a recently formed social action committee with Riverdale Senior Services. The committee recently met for the second time, seeking to answer the question of what issue should be addressed at the intersection first?

Even she believes it starts with a traffic light, and has petitioned Dinowitz, new transportation department commissioner Ydanis Rodriguez, Mayor Eric Adams, and other public officials, to keep dangerous intersections like this one on their radar.

If and when a traffic light is installed, Chong suggests the addition of an accessible pedestrian signal. Similar to what was recently installed at Riverdale Avenue and West 259th Street, and another at Mosholu Avenue and Fieldston Road. Such signals provide audio and visual crossing prompts to those with hearing and vision disabilities.

Chong’s got other ideas, too.

“There is no signage that says what the speed limit is,” she said. “Maybe that’s another thing that needs to be posted.”

Bradley believes cars simply have too much authority over the way people live.

He looks forward to a time when that culture changes.

“They put a street light, some bumpers there, it’s very half-assed and ineffectual,” he said. “It’s about fixing the problem, and the larger problem of trying to get the car culture of New York to be secondary. We are a city of walkers and bikers.”