Translating art to video: An exhibit adapting to the times 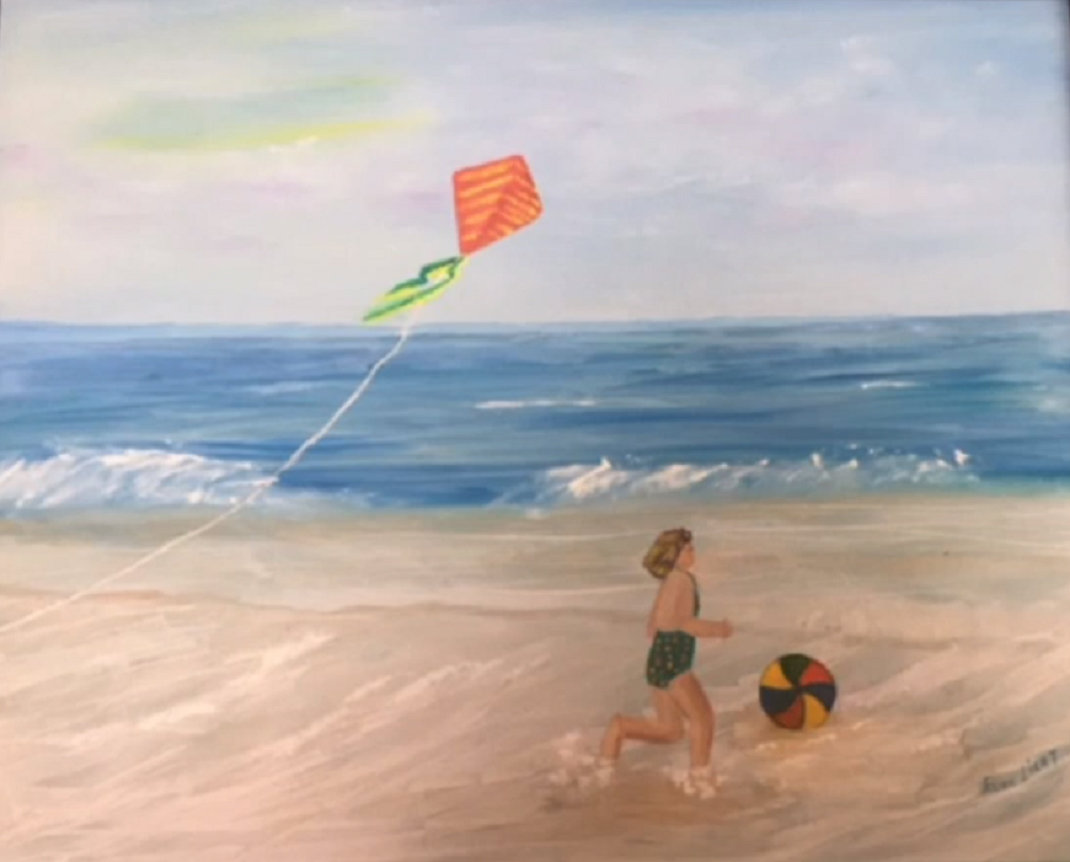 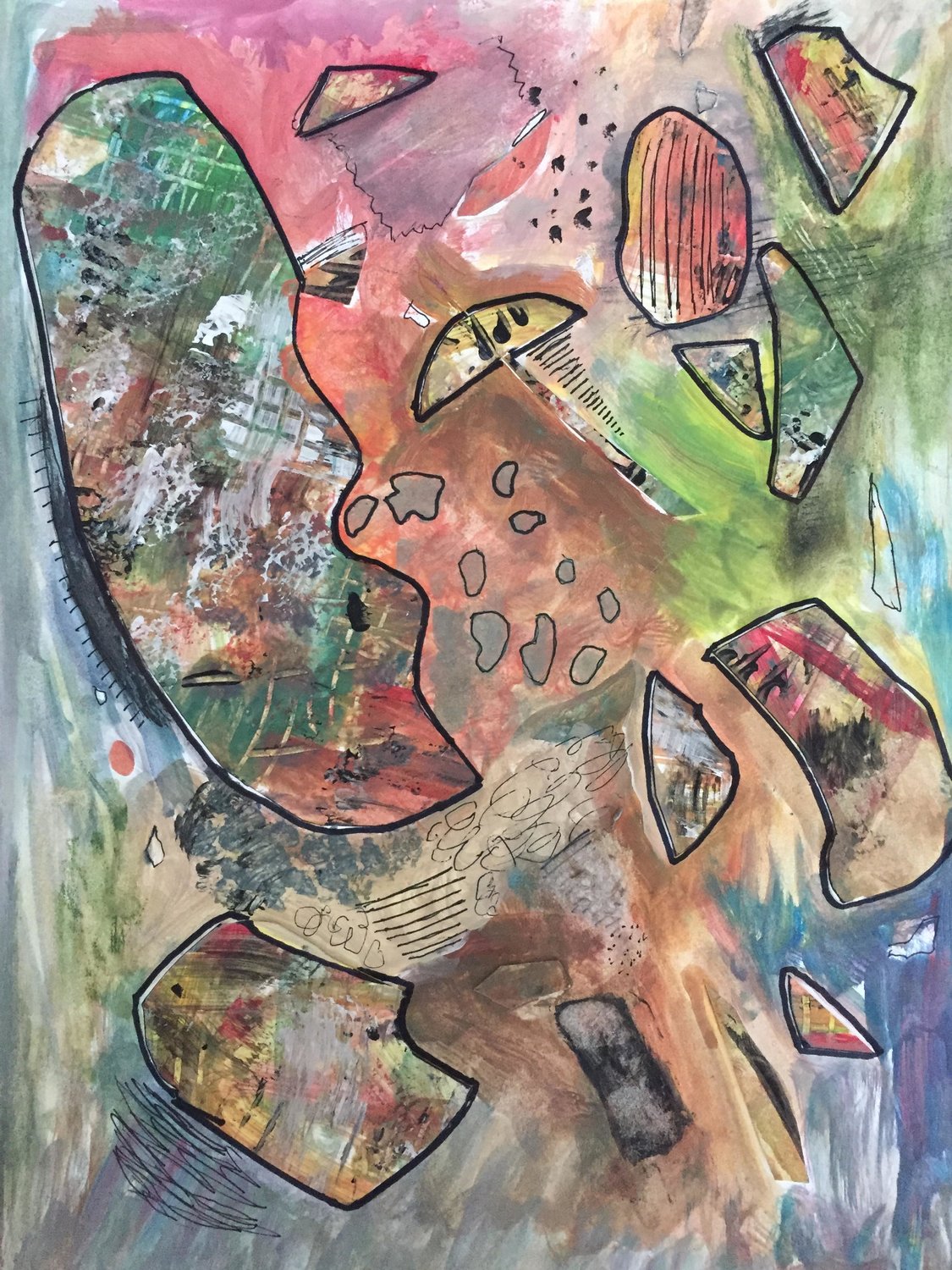 Sharon’s Krinsky’s ‘Will It Ever Be Put Back Together’ is one of several pieces in ‘For the Love of Our Planet,’ the Riverdale Art Association’s new exhibit. While some art groups and galleries have created virtual experiences, the association has created a video featuring each piece, providing new art to the public in any way they can.
Courtesy of the Riverdale Art Association 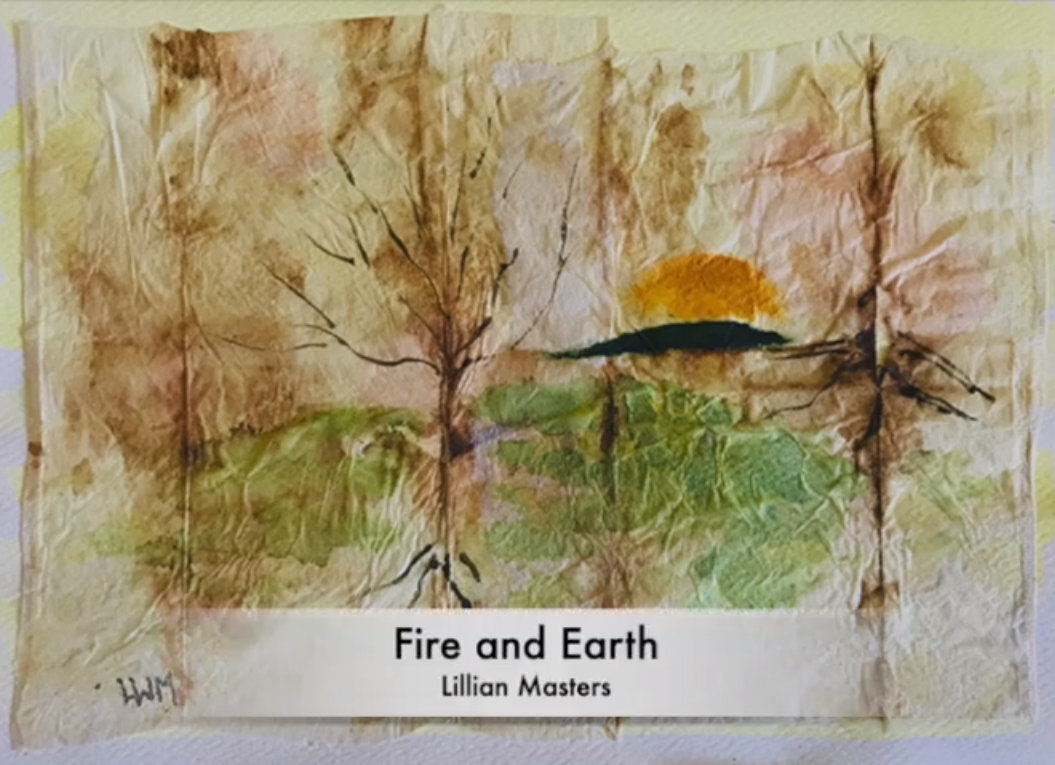 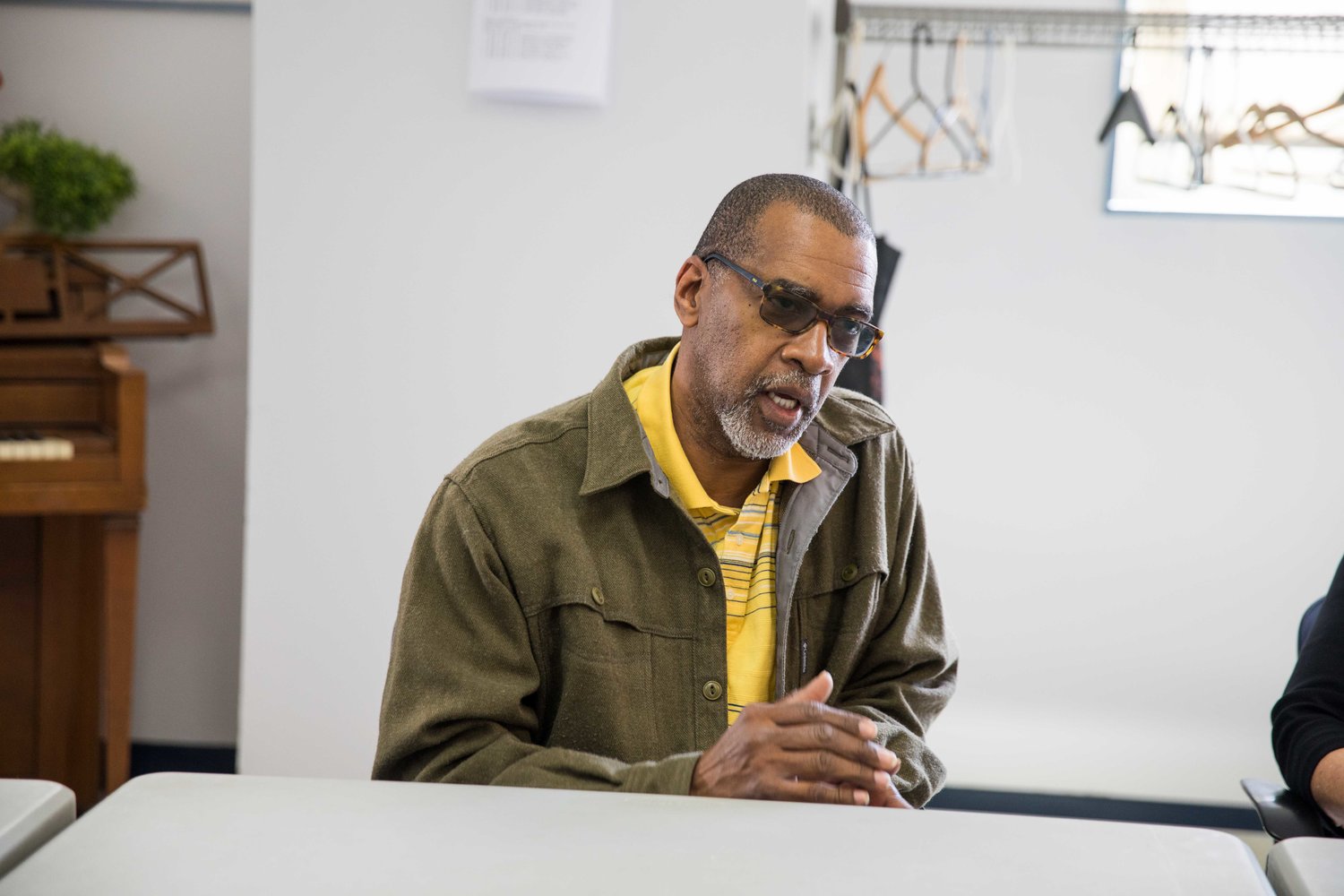 Artist Dennis Shelton provided a piece to the Riverdale Art Association’s new virtual exhibit ‘For the Love of Our Planet.’ Shelton’s piece, ‘Social Distancing,’ is the last image in the online video-exhibit.
JULIUS CONSTANTINE MOTAL / File
Previous Next
By RAPHAEL LASSAUZE

It’s always good to see a familiar, friendly face, especially in times of trouble. Of course, nowadays, it may be difficult and indeed dangerous to greet someone face-to-face.

Using the online videoconferencing app Zoom has helped businesses, friends and families commune without risk. Other apps have helped galleries and museums bring art — familiar and new — to as many homes as possible.

But it’s not that easy for everyone, especially as the city began to see more and more shuttered stores and locked doors.

Members of the Riverdale Art Association realized that very problem. An exhibit celebrating Women’s History Month was set to open at the office of state Sen. Alessandra Biaggi on March 13, but was postponed as the coronavirus pandemic raged. A group of artists whose work the community could reliably see in venues ranging from An Beal Bocht Café to the Riverdale-Yonkers Society for Ethical Culture was gone in a matter of days, cast into their homes and cut off from one another.

But behind the scenes, they were all working on something new. Diana Catz, the art association’s exhibits director, knew it was time to adapt to the best of their ability.

“It was a group decision to turn the exhibit into a video, to be put on YouTube,” Catz said. “It’s different when the pieces are on a wall — the sequences have to be different. We had planned an environmental show before, but it didn’t happen, of course.”

Catz curated the online exhibit, presented as a video titled, “For the Love of Our Planet.” It was originally meant to grace the walls of the Ethical Culture meeting house on Fieldston Road, a place that that has hosted several environmentally conscious book groups, art shows and discussions over the years.

In Catz’s eyes, there was a more direct connection between global warming and the coronavirus.

“Everything that’s happening with the planet — the pandemic — it’s because of the things we’ve done to the planet,” she said. “In a way, that’s what the show’s about, too.”

The exhibit, Catz asserts, is itself a work of art. The eight-minute or so video features still images of paintings, drawings and mixed media pieces such as collages, all one after the other, along with the titles and artists’ names. Among them was the piece, “Will It Ever Be Put Back Together,” by artist Sharon Krinsky.

“Before this, I’d been making acrylic portraits of family and friends, which was strange because I usually make collages,” Krinsky said. “But now I’ve been making watercolors and automatic drawings. It’s strange. I think that anything coming out now, even if it was made before, is about the pandemic.”

The presence and the effects of the pandemic can be seen at every turn. While virtual tours of galleries and museums have inadvertently presented the sheer emptiness of the space in order to bring art to homes worldwide, not all are capable of doing that.

Considering their technological limitations, the art association says it has done its best to provide art to the world. Or at least, to the neighbors they used to share their work with on an almost monthly basis.

“I was told we were going to put it all in a video before I sent in anything,” Krinsky said. “We don’t really know how to make it all virtual or whatever. This is easier, but it’s good too. The music’s good. The pieces look good. They show a lot of different perspectives about what’s going on.”

Yet, there are no people in Krinsky’s paintings. In fact, the human form appears twice in the exhibit: Ruth Licht’s “By the Sea” — depicting a child running alone on a beach — and Dennis Shelton’s “Social Distancing,” which is the exhibit’s final piece.

Despite the sense of palpable absence, Catz asserts, there is another emotion, which is drawn through the exhibit’s every painting and mixed media representation of the natural and the present. Her own paintings, “A Torrent of Daisies” and “Wild Euphony,” are great, calm sighs of bright color and a sort of simplicity, which highlights the exhibit as a whole. For some, it might remind them that it’s springtime.

“There is something there in the exhibit,” Catz said. “There’s a sort of celebration for the planet. The music in the video helps a lot too. It helps with the tone – that yes, the planet is dying, so now so are we. But also, there’s still something great outside to see. Flowers, for example.”