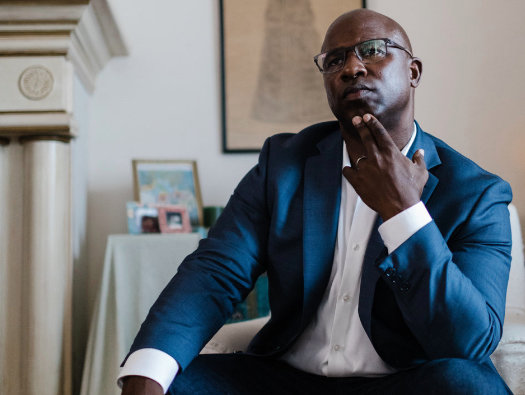 It was only a matter of time before President Donald Trump weighed in on the primary election that may have forced longtime U.S. Rep. Eliot Engel into political retirement.

Speaking on Fox News' "Hannity," Trump described the primary that has Bronx middle school principal Jamaal Bowman leading Eliot Engel as an example of how the "radical left" is taking over.

"Look at what happened, Eliot Engel was a pretty mainline guy," Trump said during a television town hall. "He lost by like 37 points. He just got killed in the election we just had yesterday. He was supposed to be a shoo-in, and he got hit by a strong far-left candidate."

Latest numbers from the state elections department has Bowman leading Engel by 26 points, based on nearly 45,000 ballots cast in both the Bronx and Westchester County. However, because of the coronavirus pandemic, there are far more absentee ballots coming in than ever before — which have yet to be counted. However, many observers believe there won't be enough of them to even give Engel a chance for a comeback, leading Bowman to declare victory on Wednesday.

Still, Trump — who has his own re-election worries as former vice president Joe Biden is leading him by double-digits in most national polls — likened the progressive movement to the kind of government running Venezuela, where Trump says people there "don't have food, they don't have water, (and) they have death all over."

In a statement Friday, Bowman criticized Trump for being out of touch with what's happening in the country, and using claims of radicalization to shield what could actually be considered racist comments.

"Trump is using the same fear tactics that have always been used to malign Black leders who want to reconstruct this nation," Bowman said. "Trump doesn't know a damn thing about being poor in this country. Millions of people in this country — not just Venezuela — lack access to food and water."

Engel has yet to concede the race, saying he wants every vote to be counted first, including absentee. Those vote counts are expected to be completed next week.

If Bowman is certified the winner, he will go on to the general election in November, where he should have no issues winning in what is otherwise a heavily Democratic district. It also will make the second major incumbent upset in this area in the last two primaries, with Alessandra Biaggi defeating longtime state Sen. Jeffrey Klein in 2018.