After car hits man on Independence Avenue, all eyes turn to what's next 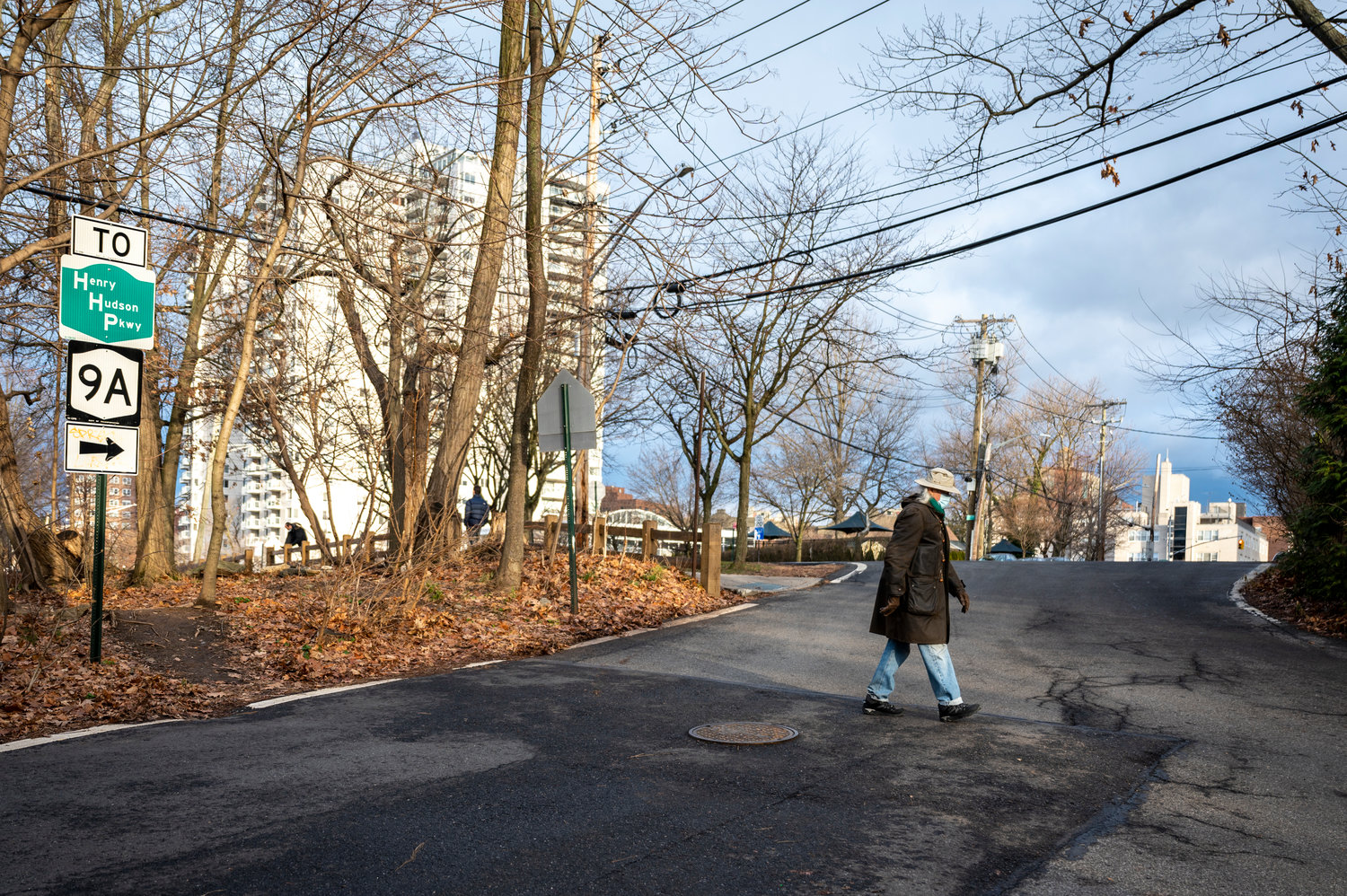 Kenneth Rowe predicted that one day a car would hit him at the intersection of West 232nd Street and Independence Avenue because its layout was unsafe. That prediction came true in mid-December when a turning car knocked Rowe to the ground.
HIRAM ALEJANDRO DURÁN 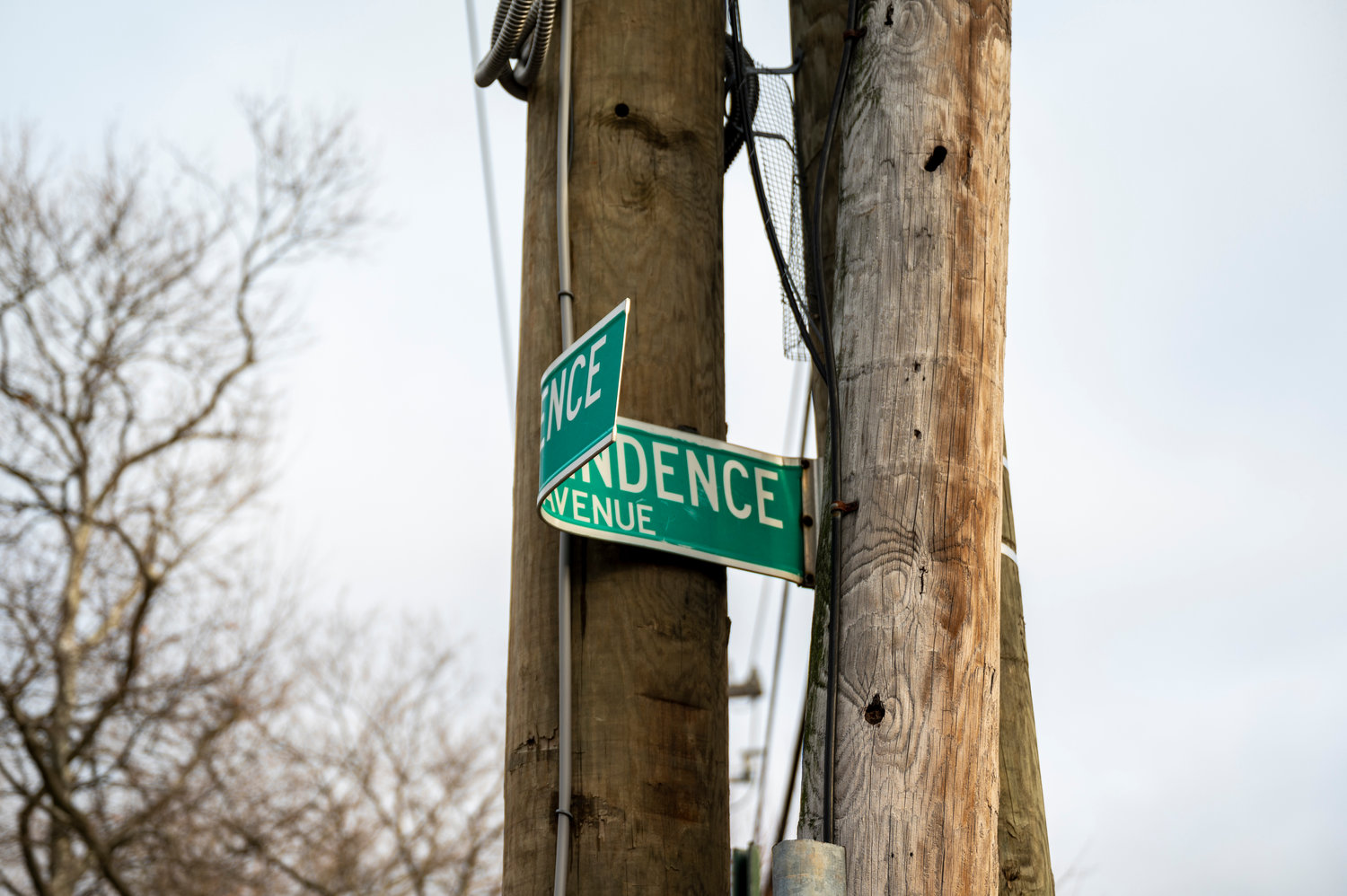 Independence Avenue is a very wide street, which makes it difficult to cross safely, according to Community Board 8 member Deb Travis. Kenneth Rowe knows — a car hit him while crossing West 232nd and Independence last December.
HIRAM ALEJANDRO DURÁN 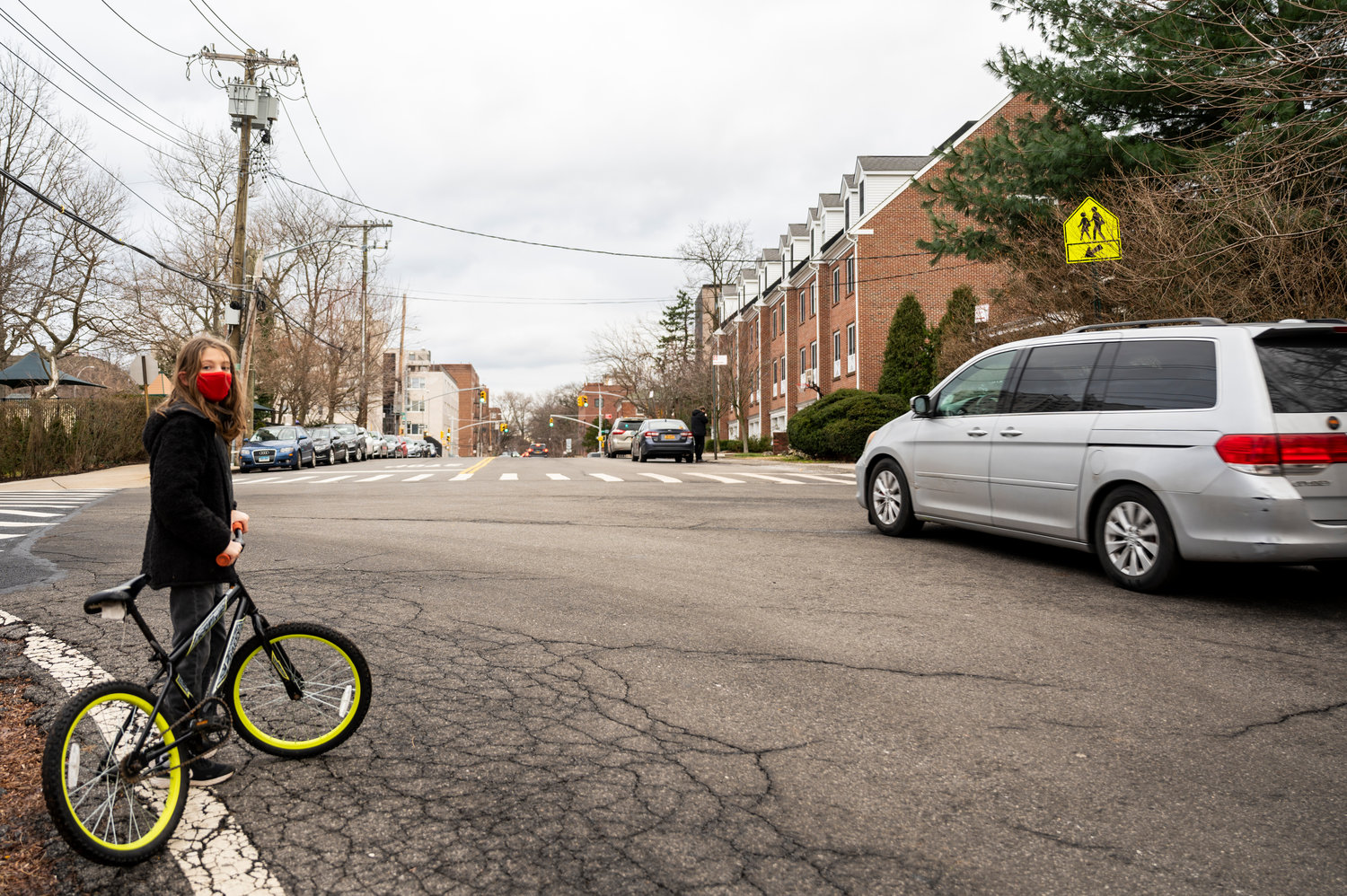 The intersection of West 232nd and Independence Avenue is dangerous, Kenneth Rowe says, because it has no stop light or traffic cameras. Rowe was hit by a car at the intersection in mid-December, and is still recovering from a broken rib.
HIRAM ALEJANDRO DURÁN 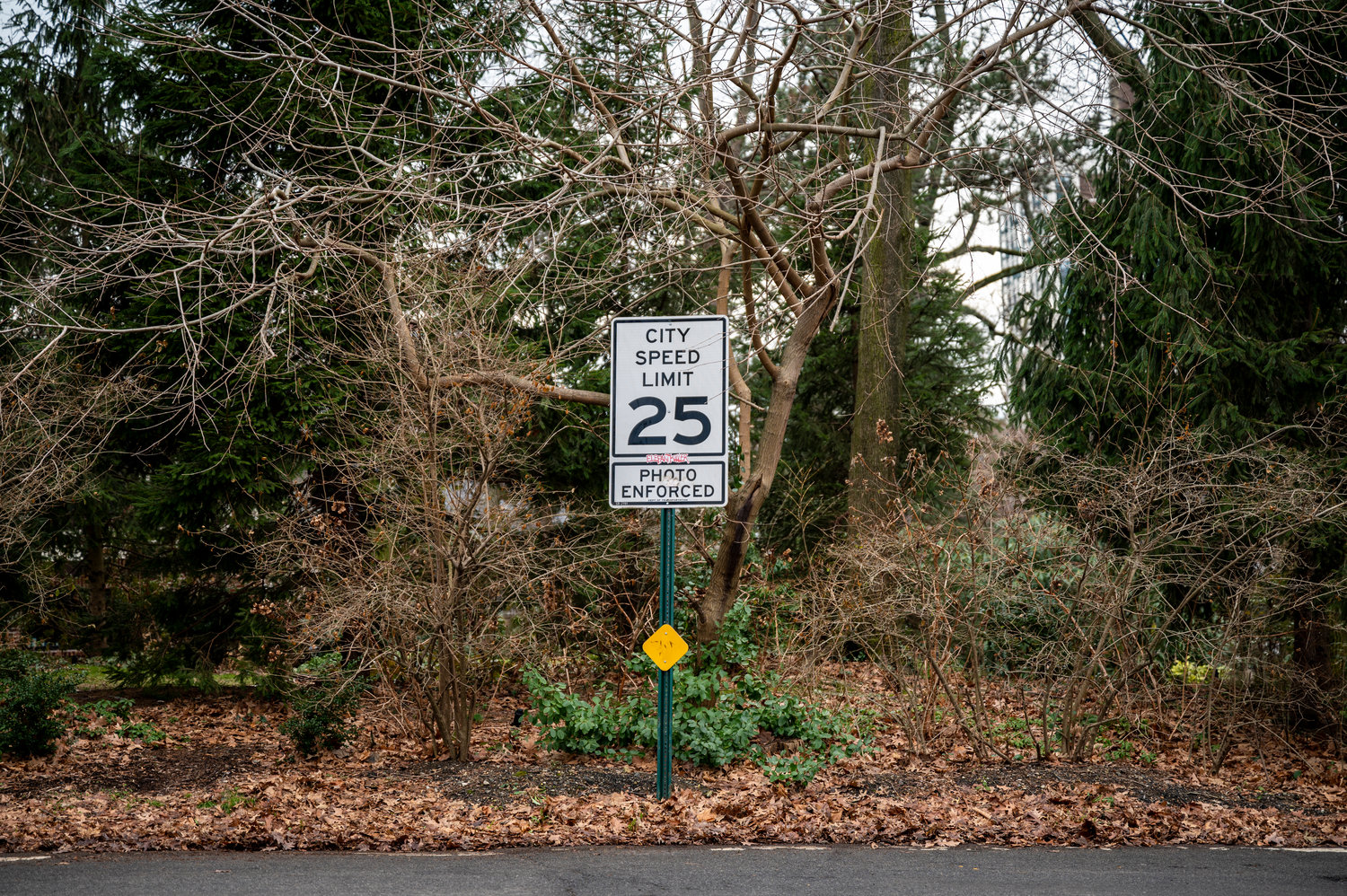 A Community Board 8 working group proposed adding flexible delineators and road bumps to make the intersection of West 232nd Street and Independence Avenue safer. Kenneth Rowe was hit by a car at that intersection in mid-December on his way to work, and wants the city to do something about traffic in that area.
HIRAM ALEJANDRO DURÁN 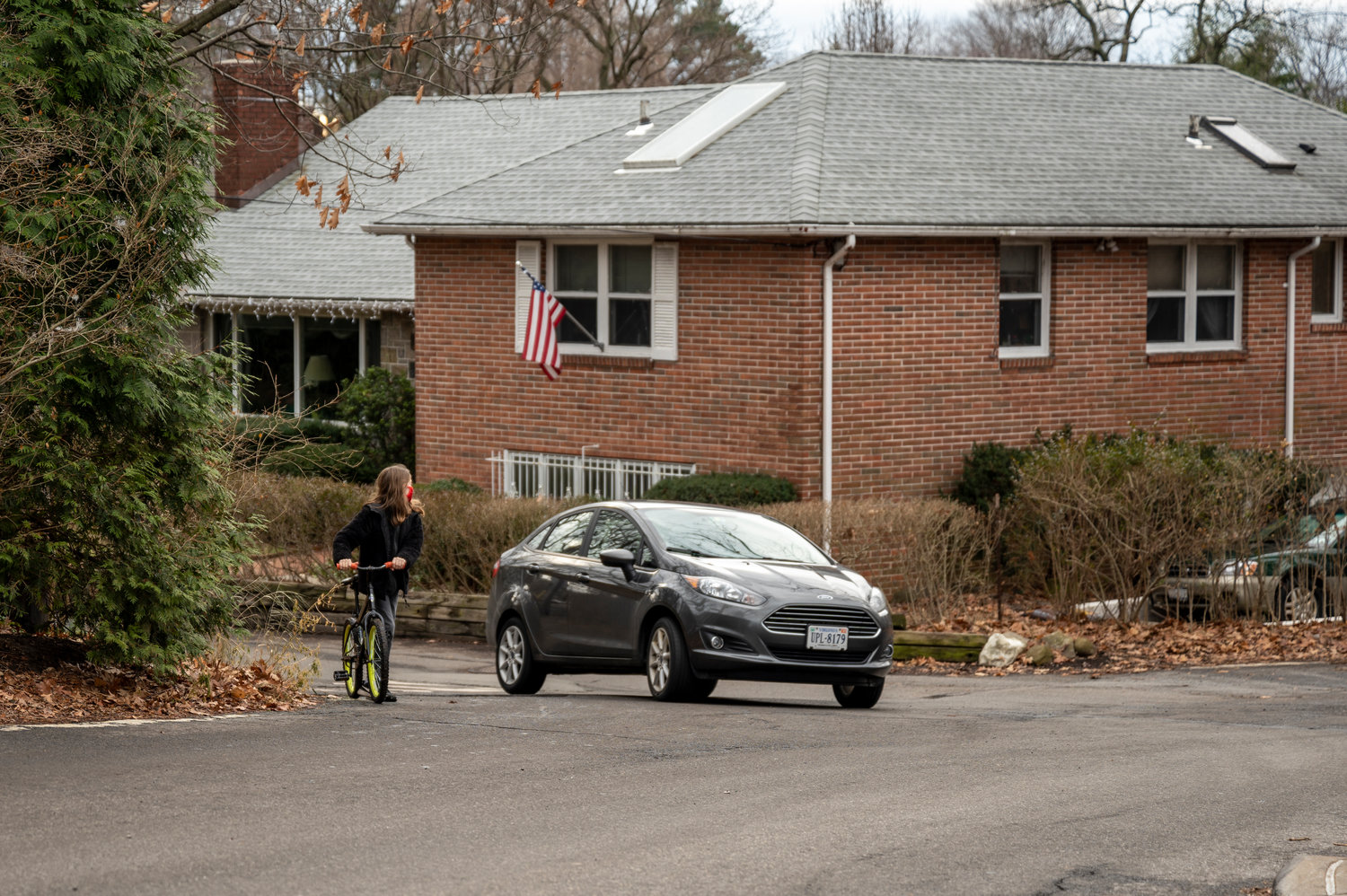 Independence Avenue’s reckless driving issue already makes it dangerous for adults like Kenneth Rowe to cross the street, but it’s even more so for children. Rowe was hit by a car on Independence last month, and worries about what’ll happen to youngsters who may try work their way across the street in the future.
HIRAM ALEJANDRO DURÁN
Previous Next
By ETHAN STARK-MILLER

No one expects to get hit by a car when crossing the street, yet it’s more common than many might think. Cars killed 120 pedestrians in New York in 2019, according to the Governors Highway Safety Association — behind only California, Florida and Texas. And many of them lose their lives on New York City’s streets.

But Kenneth Rowe not only worried that someone might get hit by a car on Independence Avenue between West 232nd and West 249th streets — he expected it.

That expectation was fulfilled last month when a car turned off of West 232nd and onto Independence, knocking him off his feet.

“I stepped into the crosswalk, and all of a sudden I see some headlights, said Rowe, who works as a mechanic at Mount Sinai Hospital’s eye and ear infirmary. “I said to myself, ‘This car’s not stopping.’ She didn’t even stop for the stop sign. I was luckily able to push myself off the car, but I still got knocked to the ground.”

The driver briefly got out of the car and apologized, Rowe said, but then drove off without calling an ambulance or at least leaving him her contact information. Rowe felt dazed in those brief moments, and didn’t even think to take a picture of her license plate as she departed.

Rowe ultimately suffered a broken rib — from which he’s still recovering — but was otherwise unscathed.

Rowe reported what happed to the 50th Precinct, but the police couldn’t find the driver because a security camera from a nearby building failed to capture her car.

This creates two slightly different parts of the intersection, involving more of West 232nd than many believe it should. There’s also no crosswalk on the south side, and traffic is controlled only by stop signs.

Rowe has felt unsafe crossing at that intersection for a while because drivers ignore the stop sign, he said, and don’t slow for pedestrians.

“It’s weird because about two weeks before that happened, I said, ‘One day I’m going to get hit here because of what’s going on,’” Rowe said.

At December’s Community Board 8 traffic and transportation committee meeting, Deb Travis declared there’s indeed a lot of reckless driving on Independence because she says the street is far too wide. Travis led a working group tasked with looking at the intersection and recommending solutions, which the full traffic committee expects to take up in its Jan. 21 meeting.

The street’s width makes it more dangerous for pedestrians to cross, Travis said, because it forces them to cover more distance from one side to the other.

Independence runs by two schools — P.S. 24 Spuyten Duyvil and Riverdale/Kingsbridge Academy — as well as the Riverdale Jewish Center. That’s far too many opportunities to put children and senior citizens who frequent the street in danger, Travis added.

The working group believes it can create more safety by fortifying intersections in a way to better protect crossing pedestrians while visually narrowing Independence, forcing traffic to slow down.

The group recommended installing flexible delineators and road bumps to create that narrow perspective. They also proposed bi-directional bicycle lanes, protected by parking, and changing how cars park on other sections of Independence.

The working group also suggested widening the crosswalk at Independence and West 232nd where Rowe was hit, and extending the proposed bike lane into the intersection.

Rowe doesn’t know if widening the crosswalk would make much of a difference. Cars could still make fast turns. Adding bike lanes, however, could provide more protection for those deciding to traverse the area by foot.

“At least that would keep them away from you,” Rowe said. “So, if you are in the crosswalk, at least you’d have that extra two feet before (the drivers) clip you.”

Rowe suggested adding a stoplight or a couple of traffic cops handing out tickets as way to make the intersection safer. Another idea, Rowe said, is to illuminate the parking spots nearest to the corner to increase visibility for drivers and pedestrians.

No matter what, Rowe said, something has to be done to make the intersection safer.

“And the thing that bothers me is that there’s a park there,” Rowe said. “So, think about the spring time and the summer time when kids are running around in nursery school out on the corner. It’s a dangerous situation.”