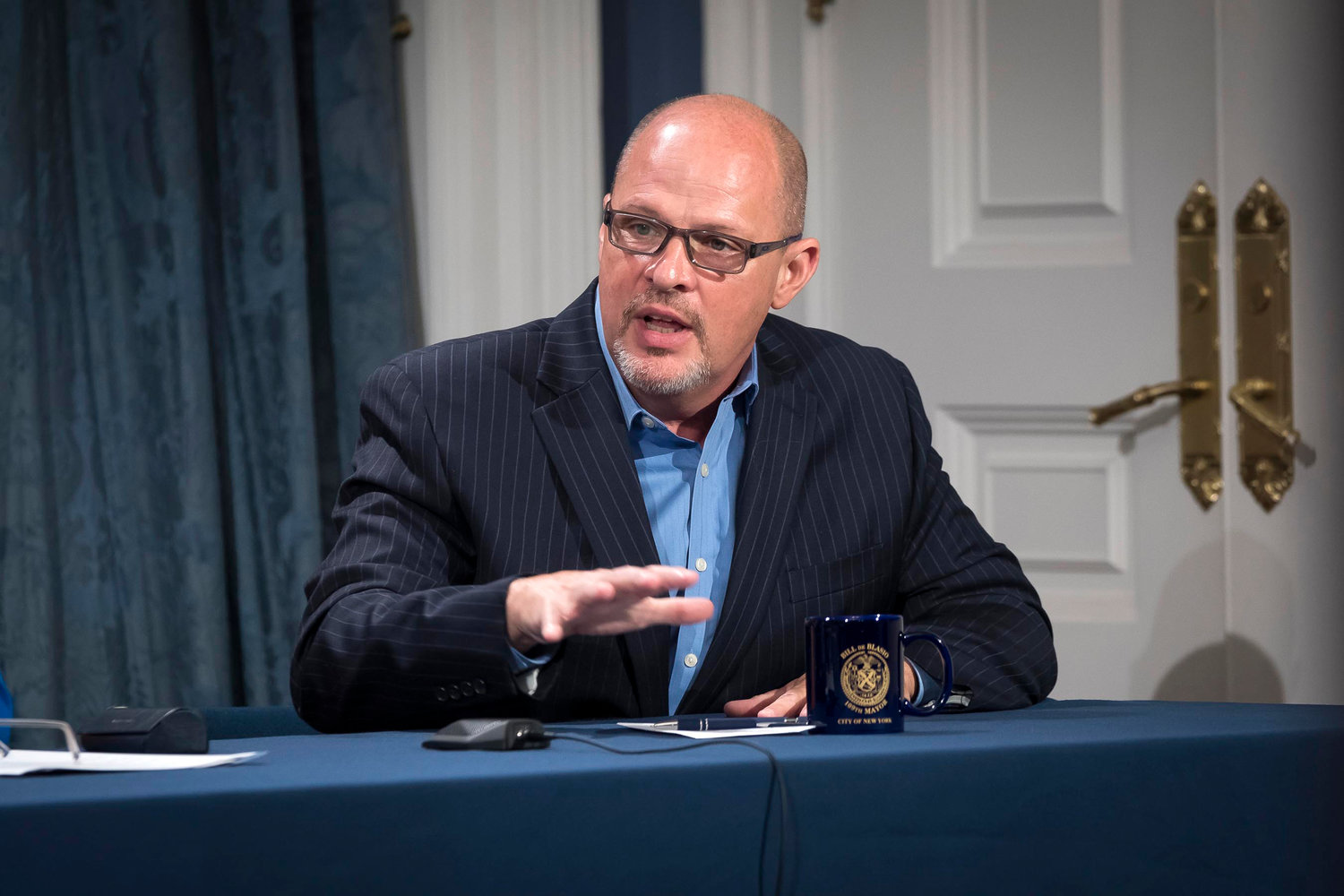 The head of the United Federation of Teachers finally responded to growing pressure from a group of municipal retirees who fear the effects of a health care switch that would save the city and public sector unions millions of dollars a year but offer potentially inferior benefits.

In an Oct. 21 news conference, Michael Mulgrew, the union chief who supports the switch, focused not on the retirees’ concerns, but rather on a March ruling from a state judge that, he claims, effectively wipes out union bargaining power when striking future health care deals with the city.

The press conference comes on the heels of several rallies hosted by groups representing the retired workers in front of city hall that called for the city council to nix potential legislation that would pave the way for the health care switch.

Mulgrew said that one of the main reasons the public sector unions are in this mess is because of the skyrocketing costs of health care. According to the U.S. Bureau of Labor Statistics, medical charges have more than doubled over the past 20 years — while national hospital costs have tripled.

In order to account for these rising costs, the Municipal Labor Committee — which negotiates with the city on behalf of the public sector unions — tried to switch retirees to a new Medicare Advantage plan, which is subsidized by the federal government.

The MLC, where Mulgrew is the executive vice chair, then tried to pass the premiums tied to the most popular current plan — known as Senior Care — onto retirees if they chose to keep that plan rather than switching to the Medicare Advantage.

However, a New York Supreme Court judge ruled against the city, saying the government has an obligation to pay for all plans that cost less than a certain benchmark plan that comes to “roughly $775” per person per month, according to figures from the UFT. Yet — while the city must pay for the entire cost of any plan below that cap — it doesn’t have to offer multiple plans. It can simply offer just one plan.

Mulgrew argues that the judge’s decision limits the MLC’s bargaining power in negotiations with the city. The judge, “took away 40 years of our bargaining, and we believe he’s completely wrong on this issue,” he said.

Right now, retirees have the option to choose from eight different plans. Two of them are free, while the six others charge a premium, known as “pay up” plans. Under the judge’s ruling, the city would also have to offer these “pay up” plans for free as they still cost less than the current benchmark plan.

Or — rather than paying for these supplemental plans — the city could just stop offering them altogether. “That eliminates my ability to bargain for pay up plans,” he said. “Clearly my members want choice.”

“The judge changed this other piece that is going to tie my hands for offering choice to my members,” he said. “And that’s the piece that has directly impacted us on collective bargaining.”

Marianne Pizzitola, who represents a group of retirees, said that the judge’s ruling changes nothing. “The city doesn’t have any more power than it did the day before,” she told The Riverdale Press in an email. “They both have to negotiate all aspects of healthcare as per the 1992 MLC Health agreement.”

In fact, Pizzitola says Mulgrew is actually the one who is threatening to strip retirees of options. She said, “He’s doing it again when he tells us (the MLC) will pull the nuclear option with the city and kill all plans offered except the Medicare Advantage plan,” if the city doesn’t get a favorable ruling in the appellate court.

That’s why, rather than just simply appealing the judge’s ruling, Mulgrew is also pushing for a change to city law that gives the MLC and the government the ability to lower that benchmark cap.

In theory, the renegotiated benchmark could be dropped to a point where it would release the city of its duty to pay for retirees’ current benefits, organizations that represent the retirees argue. If the retirees want to keep their current plan, then it would have to come out of their own pockets.

The proposed legislation hasn’t been introduced, however. That said, Mulgrew appeared optimistic that it will be.

“The city council is now starting to understand that this has nothing to do with Medicare Advantage,” he said. Yet, when asked by The Press, Mulgrew would not say who will sponsor the legislation, but hinted that the MLC is “in conversations” with a potential lawmaker.

Then on Oct. 28, the city’s Office of Labor Relations sent a letter to the MLC saying that it intends to eliminate all other plans but the Medicare Advantage if this legislation is not passed ASAP, as Mulgrew had warned. “I understand no bill has been introduced at the council to date and passage by Nov. 23 is virtually impossible at this point,” The commissioner of the Office of Labor Relations wrote in the letter obtained by The Press.  “The city continues to lose $50 million a month for every month this plan is delayed, putting our shared goals in significant jeopardy.”