Differences between the old, new districts are a bit complex in this part of Bronx 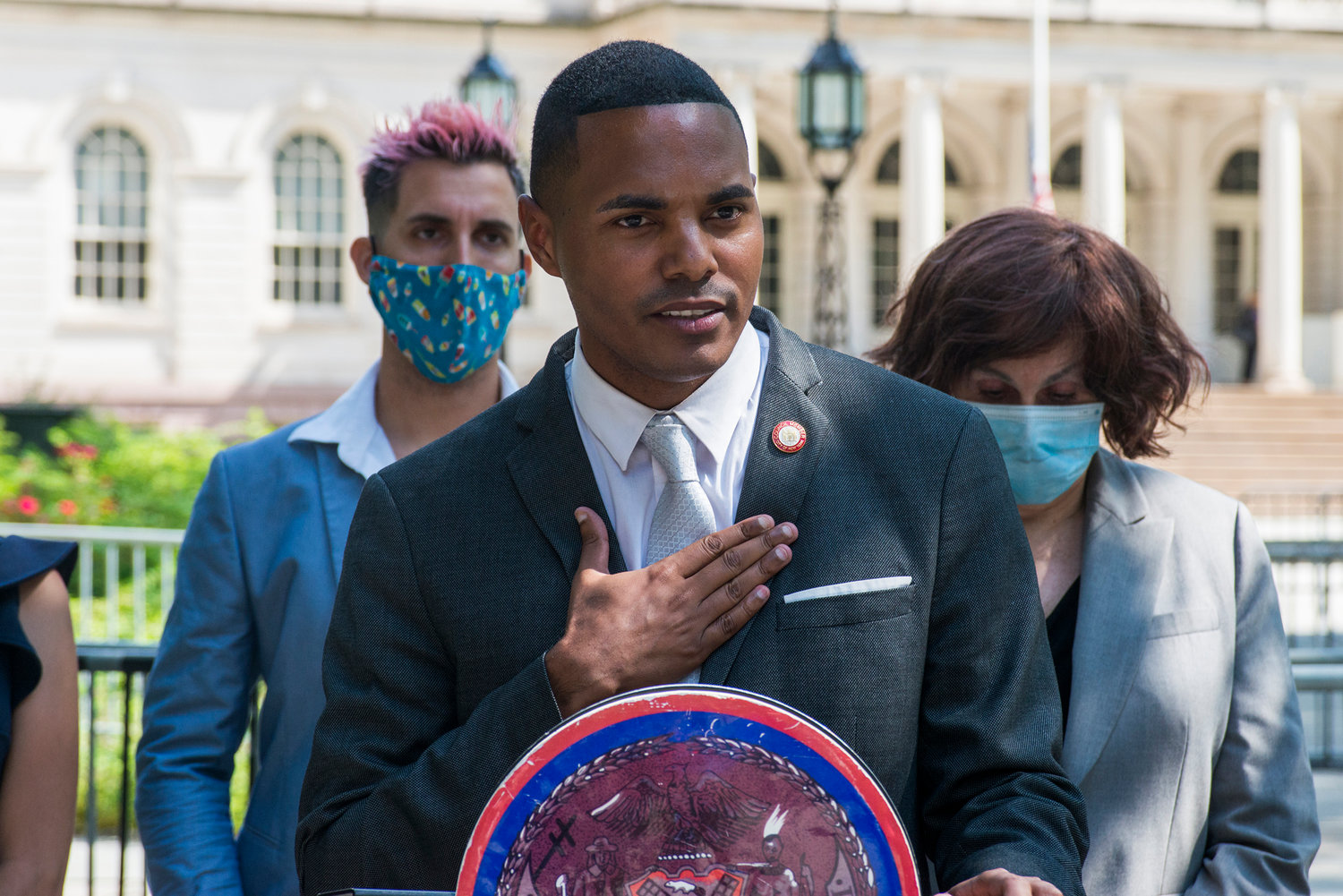 Riverdale will fall into a new Congressional district represented by Ritchie Torres starting in 2023. Torres will likely have to adjust his legislative priorities to align with his new constituency.
NYC Council Media Unit/ Jeffrey WZ Reed
By Sachi McClendon

Following months of lawsuits and court challenges, the redistricting dust has finally settled and the newly drawn Congressional district lines are in place.

The northwest Bronx is still split, with greater Riverdale falling into a district that was significantly reworked, while the district that covers Kingsbridge largely left alone.

Now that lines are finalized, whoever comes to represent these new districts will likely have to pay attention to new concerns and respond to the demands of a new constituency. So here’s a breakdown of the lines and some of the noteworthy differences between the old districts and the new — according to Margaret Groarke, a political science professor at Manhattan College.

Riverdale, Fieldston and Spuyten Duyvil all fall under Congressional District 15, joining other neighborhoods in the eastern and southern Bronx — including, Tremont, Eastchester, Morrisania and Mott Haven.

The new district, importantly, no longer cuts into Westchester County, as the former CD-16 did. It falls entirely within city limits.

This new District 15 will most likely be represented by Ritchie Torres come 2023, as the congressman is not being primaried this campaign cycle. The Republican candidate is Stylo Sapaskis.

Torres’ former district, which covered most of the south Bronx, was significantly reworked, with the special master moving the district further north. His old district was known as the poorest Congressional district in terms of median income in the nation. Yet, it now includes several wealthier neighborhoods, including Riverdale.

And just as the district lines shifted, so too could Torres’ legislative priorities. Groarke said she’s already seen some of that at play.

“We hear him talk about gun violence, which is an important issue in the district, but also about Israel — which probably wasn’t a major concern for his earlier district,” she said. “But his new constituents in Riverdale, with a diversity of opinions about Israel, have strong concerns about Israel.”

Torres has recently been an outspoken and steadfast supporter of Israel — attending a pro-Israeli parade in late May, and tweeting in February that an Amnesty International report, which likened Israel to an apartheid state, was a lie.

That’s a stark contrast to Riverdale’s soon-to-be former representative, Jamaal Bowman, who has waffled over the issue — at times coming out in support of the rights of Palestinians, while also voting in favor of increasing US funding to the Israeli military.

The new CD-15 may also suffer from an overall lower voter-turnout rate. In the last presidential election, half of CD-15 turned out to vote. Yet if you look at the turnout numbers for the neighborhoods that make up the new district, it was only 37 percent.

“In the United States, lower-income people are less likely to vote than wealthier people,” Groarke said. “So the lower-income neighborhoods that made up the southern part of CD-15 are somewhat less likely to be voting than the fairly middle-class and wealthy people of Riverdale.” There are also a fewer number of people above the age of 18 to vote in the new CD-15, despite encompassing a larger total population.

Groarke cautioned against drawing too many conclusions from turnout rate in the last presidential election. In 2020, the race for the 16th Congressional seat was closely watched as high-profile challenger Jamaal Bowman took on 16-term incumbent Elliot Engel in a too-close-to-call Democratic primary. The CD-15 race, however, did not garner as much attention.

“Competitive races are always good for turnout mostly because they attract more attention and people feel like their vote matters more. And because when there’s competition, there’s more people asking voters to vote,” she said. “So there’s a little bit of an asterisk on the comparison there.”

Represented by Adriano Espaillat, the 13th congressional district saw few changes to its lines, which run from North Manhattan — covering Harlem and Inwood — up to University Heights and Kingsbridge. Eighty-eight percent of the old district overlaps with new one, according to an analysis put out by the nonprofit news organization The City. He is being challenged by Francisco Spies and Michael Hano in the Aug. 23 primary. There is no Republican candidate running for the seat.

Yet there was one significant change. CD-13 no longer includes Norwood.

As Groarke described it, the new lines split up several neighborhoods that often share common concerns and organize together to address such issues, such as Norwood. “Bedford Park and Norwood are kind of twin neighborhoods on the opposite sides of the Mosholu Parkway. And they’re in different districts now,” she said. “Ideally, I would think about Norwood, Kingsbridge and Bedford Park being in the same district.

“It often happens to us in the Bronx that an area that people consider a single neighborhood — or a connected group of neighborhoods — ends up being in three or four districts.”

That splintering is a concern for Groarke as a resident of the newly drawn CD-13. She said,

“Those of us who live in a relatively small section of CD-13 who are in the Bronx are sometimes concerned that we’re going to be secondary in Espaillat’s attention to his constituents in Manhattan.”