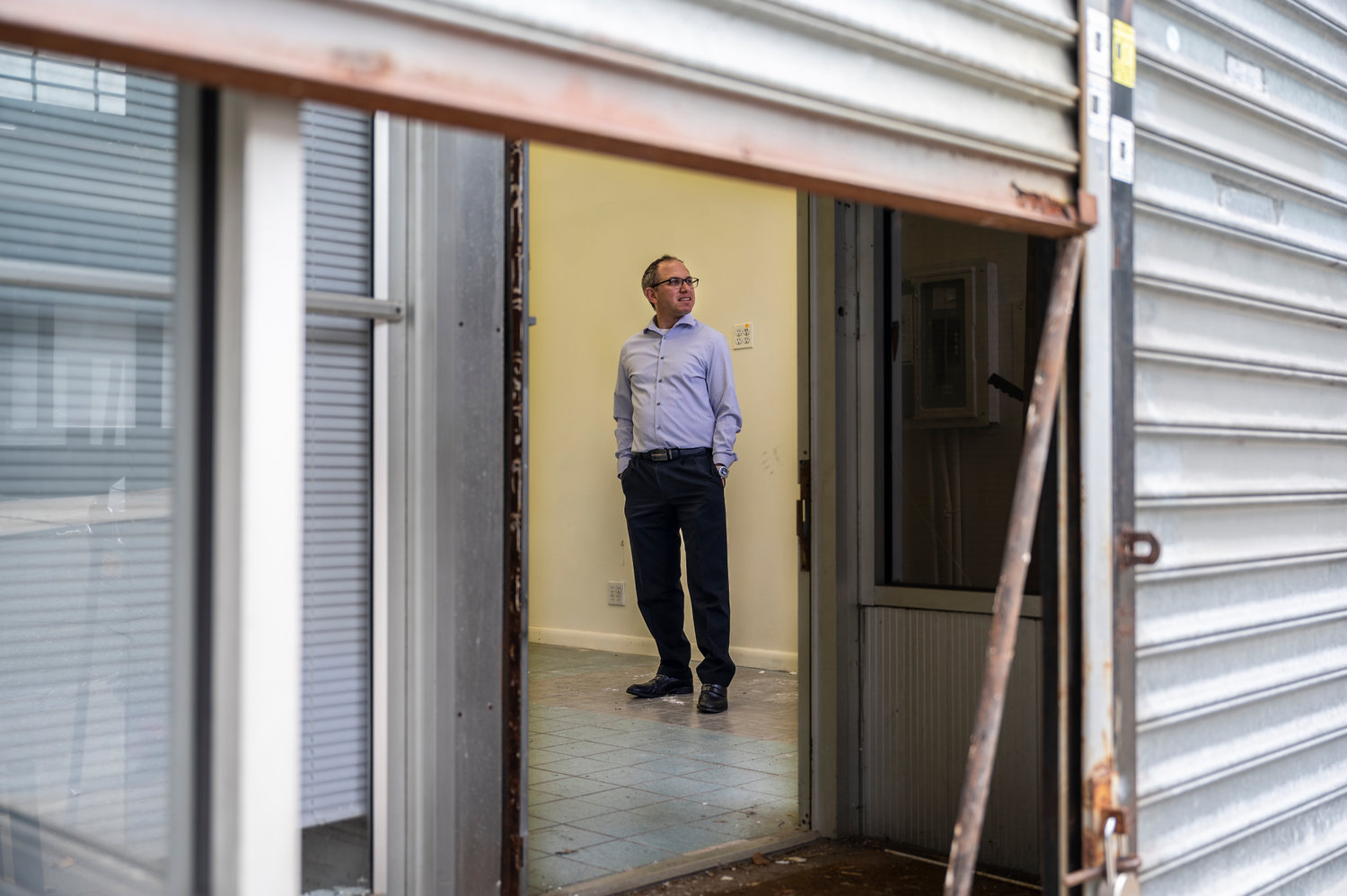 Michael Gilbert believes low interest rates are driving the rapid sales pace of property on the market — all despite the coronavirus pandemic, which has caused many businesses to shut down and forced many more out of stable jobs.
HIRAM ALEJANDRO DURÃN 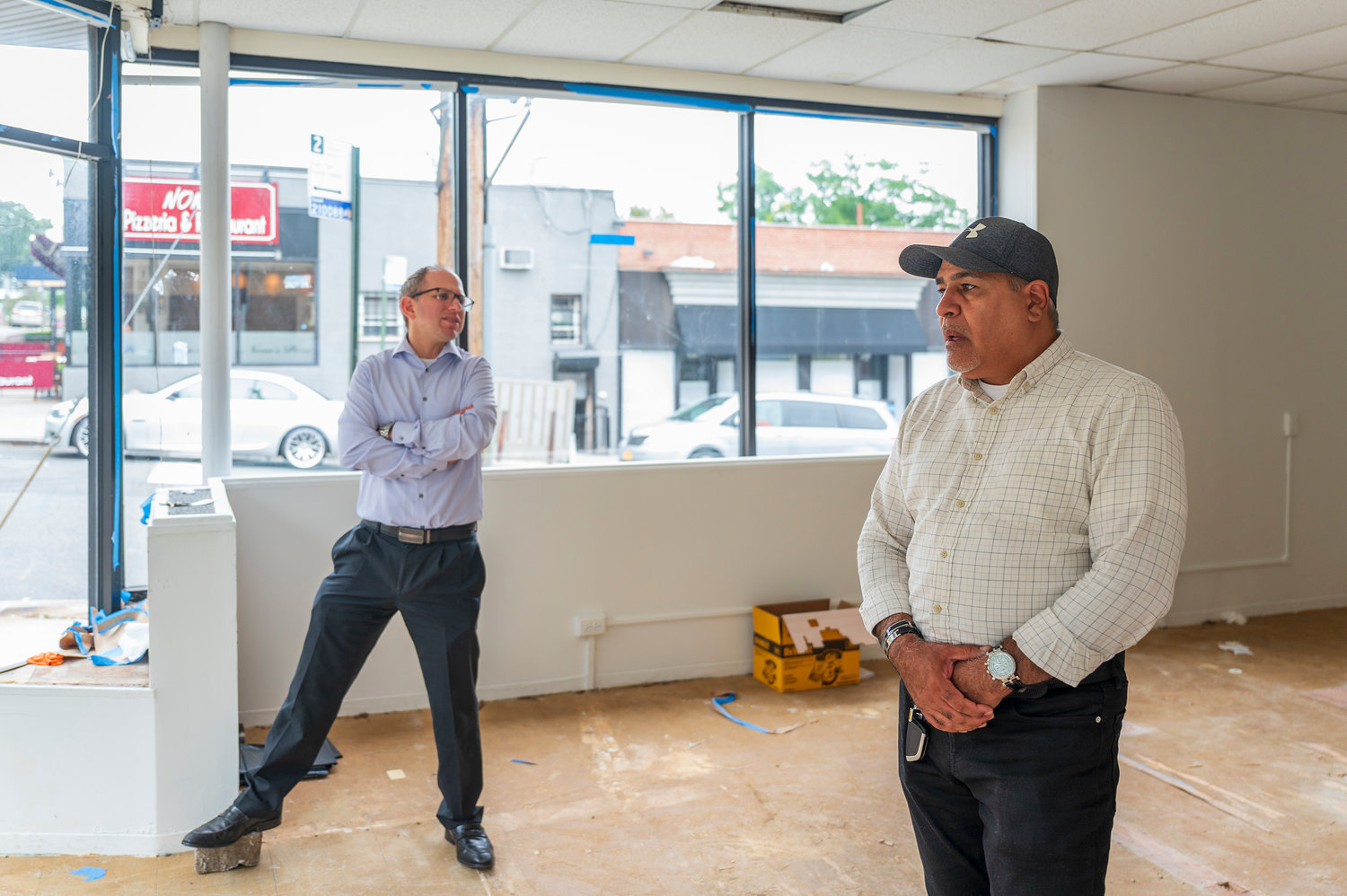 Real estate broker Michael Gilbert, left, and agent Epifanio Vargas found a buyer for 6050 Riverdale Ave., after listing it on the market for just three days. Generally such listings — especially those above $1 million — will sit on the market for months.
HIRAM ALEJANDRO DURÃN
Previous Next
Support journalism

Michael Gilbert knows good real estate when he sees it.

So when he realized 6050 Riverdale Ave., could soon hit the market, he jumped at the opportunity to list it.

“This was a great deal for all sides,” Gilbert said. “I mean, even the seller understood that there was a great opportunity there.”

The single-story retail space has had a few different tenants over recent years, including an aquarium shop, and more recently the home of a computer server farm. It sits just a block shy from the Westchester County line, in easy walking distance for many homes in the northernmost stretches of New York City near the College of Mount Saint Vincent.

Gilbert founded Gilco Realty in 2011, and over the past decade, has specialized in commercial property across the city. But through all that time, Gilbert has paid special attention to the Bronx — a part of the real estate market he believes has been widely underserved.

Gilbert with one of his salesmen, Epifanio Vargas, to take over the Riverdale Avenue listing after the seller failed to get any good bites in its first go-round on the market.  The Queens-based limited liability corporation bought the property from the estate of Jean Jacobs last year for $850,000. Now it was hoping to double its money in a quick flip.

And double it did. Within three days, Gilco had locked in on a buyer, who plunked down $1.6 million to gobble it up last month. The new owner is RW Real Estate Group, another Queens-based property manager who is no stranger to commercial real estate. The privately held company owns more than 80 commercial properties across the city — two dozen in the Bronx alone, including 444-454 W. 238th St., across the street from An Beal Bocht Café.

Gilbert didn’t stop at finding a buyer. He also secured some tenants for the buyer before the ink on the contract was dry.

After some much-needed renovations to update the roof and electrical work, Gilbert says RW will move a deli, a tobacco shop, a bakery, an Allstate insurance office, a real estate company, a recording studio, and a coffee shop into the 4,500-square-foot space.

But Gilbert is the first to admit, he isn’t some wizard when it comes to commercial real estate. It’s just that demand is high right now — real high — and done correctly, properties like this Riverdale retail space can not only sell, but do so for a lot.

The real estate market is on fire right now, Gilbert said. And there’s no telling when that fire will go out.

“We are seeing a lot of movement in the market,” he said.

The amount of time a property’s listing spends on the market is steadily declining, even as available inventory — property currently up for sale — continues to rise.

One of the biggest drivers, Gilbert says?  Low interest rates.

“Everybody wants in now while things are still slow,” he said. “But there is also the speculation of interest rates going up as well. Because there is so much uncertainty on how long this will last, we just see a lot of people trying to purchase something right now.”

Another factor prospective buyers ought to consider who’s in elected office right now, and who isn’t.

“People are looking to sell because of political and economic concerns that largely stem from the possibility of increased taxes,” he said. “And there are buyers who see a lot of potential in the market given that there’s so much density.”

Buyers are swarming to grab whatever they can despite many properties trading hands might be overvalued because of the free-for-all. In fact, average sales prices — even on the commercial side of the ledger — continue to go up each and every month.

During the contract period for 6050 Riverdale, Gilbert said he turned down dozens of potential buyers. RW had the same issue when it came to tenants, the high demand there almost guaranteeing that space wouldn’t be empty for long.

Commercial isn’t the only real estate space burning hot. Residential is moving quickly, too, keeping the current seller’s market alive and well. Yet that could change now that the U.S. Treasury Department has lifted some of the restrictions Fannie Mae and Freddie Mac — considered last-resort lenders with federal backing — had when it came to financing investment property.

Now the government-sponsored enterprises can loan money to buyers looking to take possession simply to turn a profit. The feds hope that by removing the restriction, it will open the availability of more property, and push enough listings onto the market to where buying and selling better stabilize.

Typically, mortgage lenders are less likely to provide loans to borrowers for properties that cannot be acquired by the government-backed banks. If a lender does decide to give a loan, the servicing cost could be far more expensive because of the higher risk the lender is taking.

The sale of 6050 Riverdale closed above $350 per square foot — well above the already-high Bronx average of just over $300 per square foot in the second quarter, according to Property Shark. Sales volume in the borough has nearly quadrupled since the pandemic-riddled 2020 with more than $700 million worth of real estate sold last spring, along 2.5 million square feet to trade hands in more than 200 transactions.

That unpredictability of the market is all the more reasons the real estate market stays hot, Gilbert said. And it could remain that way, even if other parts of the economy continue to suffer in the wake of the pandemic.