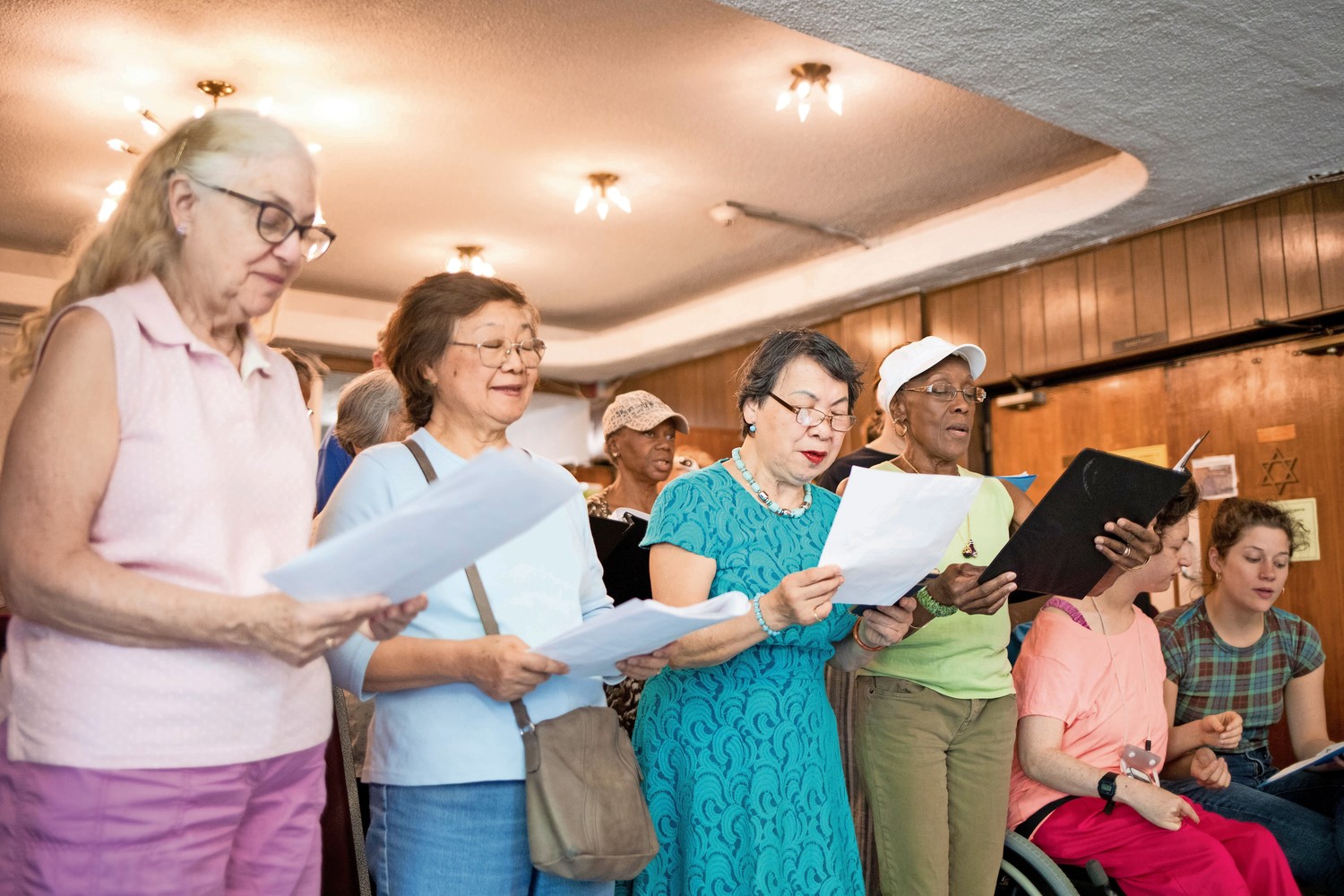 Senior citizens in Cheryl Warfield's singing class rehearse 'I Have A Dream' at the JASA Van Cortlandt Senior for an upcoming performance on Independence Day.
JULIUS CONSTANTINE MOTAL 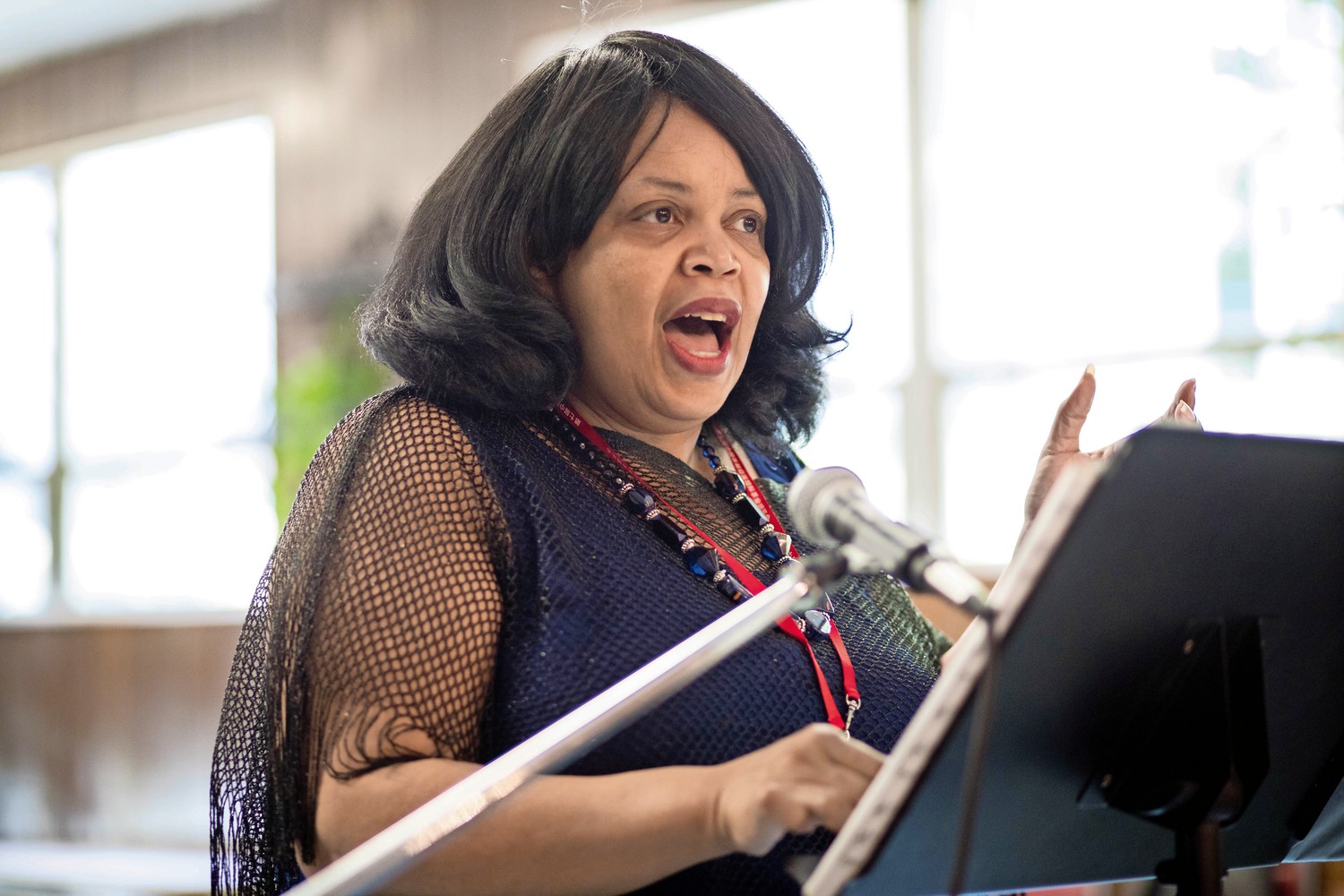 Cheryl Warfield sings 'I Have A Dream' alongside her students at the JASA Van Cortlandt Senior Center during a rehearsal for a performance on Independence Day.
JULIUS CONSTANTINE MOTAL 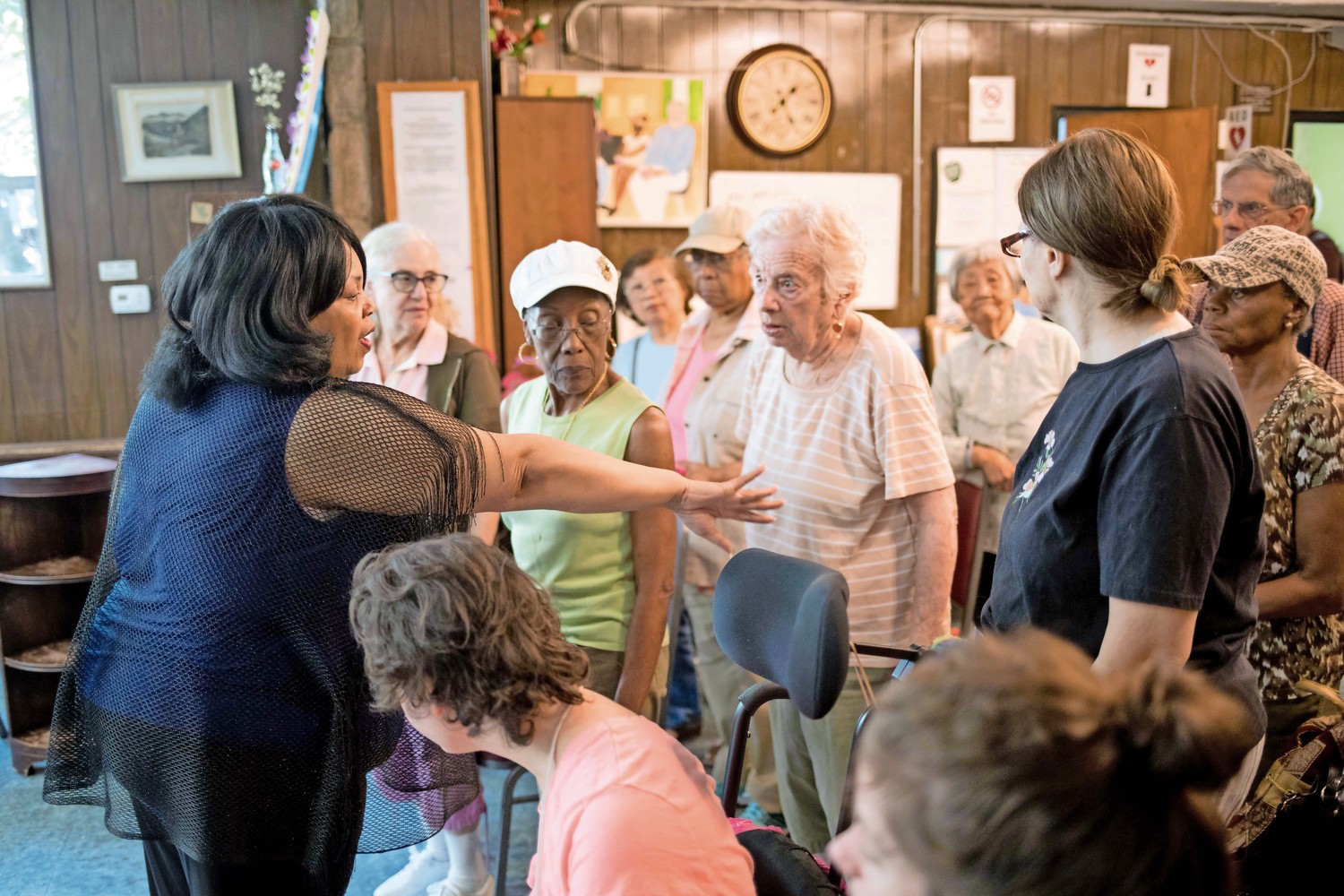 Cheryl Warfield directs her students where to stand when they sing. Warfield has been teaching senior citizens at the JASA Van Cortlandt Senior Center how to sing, and will lead them in a performance on Independence Day.
JULIUS CONSTANTINE MOTAL 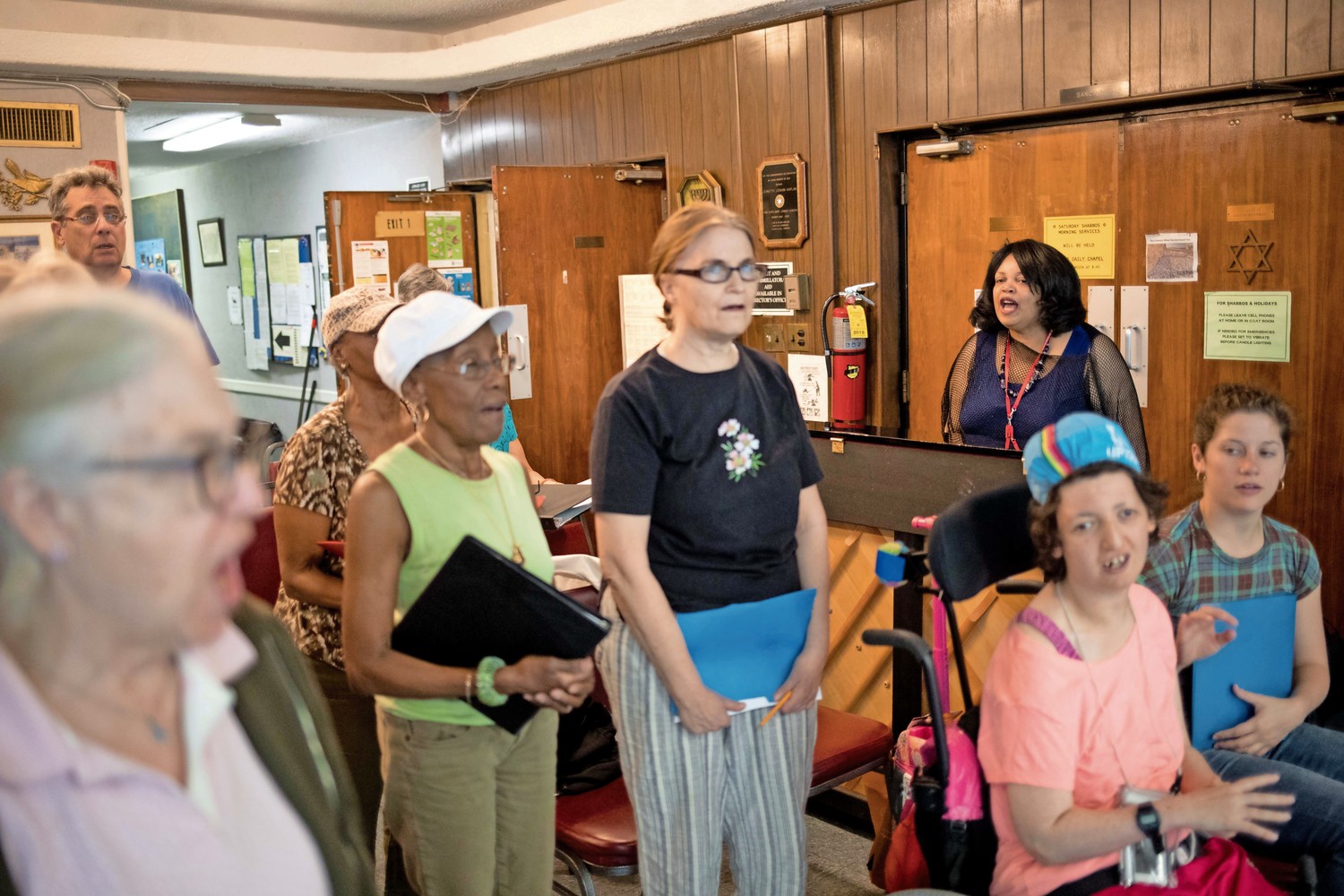 Cheryl Warfield leads singers through vocal exercises during a rehearsal at the JASA Van Cortlandt Senior Center. Warfield has been teaching senior citizens at the center how to sing for an upcoming performance on Independence Day.
JULIUS CONSTANTINE MOTAL
Previous Next
If you go...

WHAT:Concert in Celebration of Independence Day

Paul Birnbaum was a schoolboy when the line “under God” was added to the Pledge of Allegiance in 1954. He also remembers when Alaska and Hawaii were added to the United States of America five years later.

That’s just a sample of the history lessons Birnbaum plans to share at the JASA Van Cortlandt Senior Center’s upcoming Concert in Celebration of Independence Day. For these melodious senior citizens, where there is music, there also is history. Not only will they share their knowledge of classic tunes, but of the past as well.

“One of the songs we used to sing was ‘This Land is Your Land’ in the 1950s when we went to summer day camp and would sing that on the bus,” Birnbaum said. “Before, I didn’t know anything about Woody Gunthrie,” who wrote the song in 1940.

But summer camp is just one of Birnbaum’s many memories. The main reason Cheryl Warfield chose him to be the narrator for the Fourth of July performance was because of his vast knowledge of history. Warfield is a soprano opera singer and teaching artist under the Bronx Opera House.

Over the years she has performed in more than 15 lead roles, and this year will work with the Bronx Opera House in conjunction with the senior center for a patriotic performance. The show will be filled with history stretching over the 1900s, folk songs and patriotic hymns.

“Cheryl is really great, and after all, we’re not professional singers and I try to sing on key,” Birnbaum said. “You have to sort of pick it up, and to me it’s important. I want to carry the whole thing through without a stumble.”

Birnbaum and roughly 15 other chorus members practice every Tuesday for their July 3 show, which begins at 1 p.m. at the 3800 Sedgwick Ave., senior center. Warfield’s professional musical background has allowed her to teach the seniors advanced skills like vocal technique, group singing, ear training and language arts.

“She shows us how to hold a certain note and how some notes have to be held a little more,” Birnbaum said. “It’s good to have this again, and that Cheryl is here to guide us.”

It may not be a professional chorus, but it definitely will be a joyous one, Warfield said. Admission is free, and the community is welcome to come out and enjoy the show JASA’s older membership has prepared for nearly three months. Warfield hopes millennials and Generation Xers will attend, especially as she believes it would be a fun opportunity to learn about the past.

Throughout her time with the elders, Warfield finds herself learning new things about America in almost every chorus rehearsal.

“Paul has provided perspective of what the music meant to them growing up,” she said. “Here you get a little fill of American history.”

Warfield’s program is built not just around music, but education as well. With support from the city’s cultural affairs department and the city council, the Bronx Opera House expand their work to the senior center.

Birnbaum has been a part of the senior center since retiring two years ago. If Independence Day can be a success, maybe there could be further expansion, he said, into holidays like Christmas or Thanksgiving.

While everyone will have to wait and see how audiences respond, Warfield already knows how serious her performers take the production. Come rain or heatwave, those seniors make their way out for nearly every practice.

“I am so amazed they make the trip, and sometimes I think many of them won’t show up, but they do.” Warfield said. “I learn so much from them all, and it’s been a joy to work with them.”