Violent crime surges across city, but only slightly in 5-0 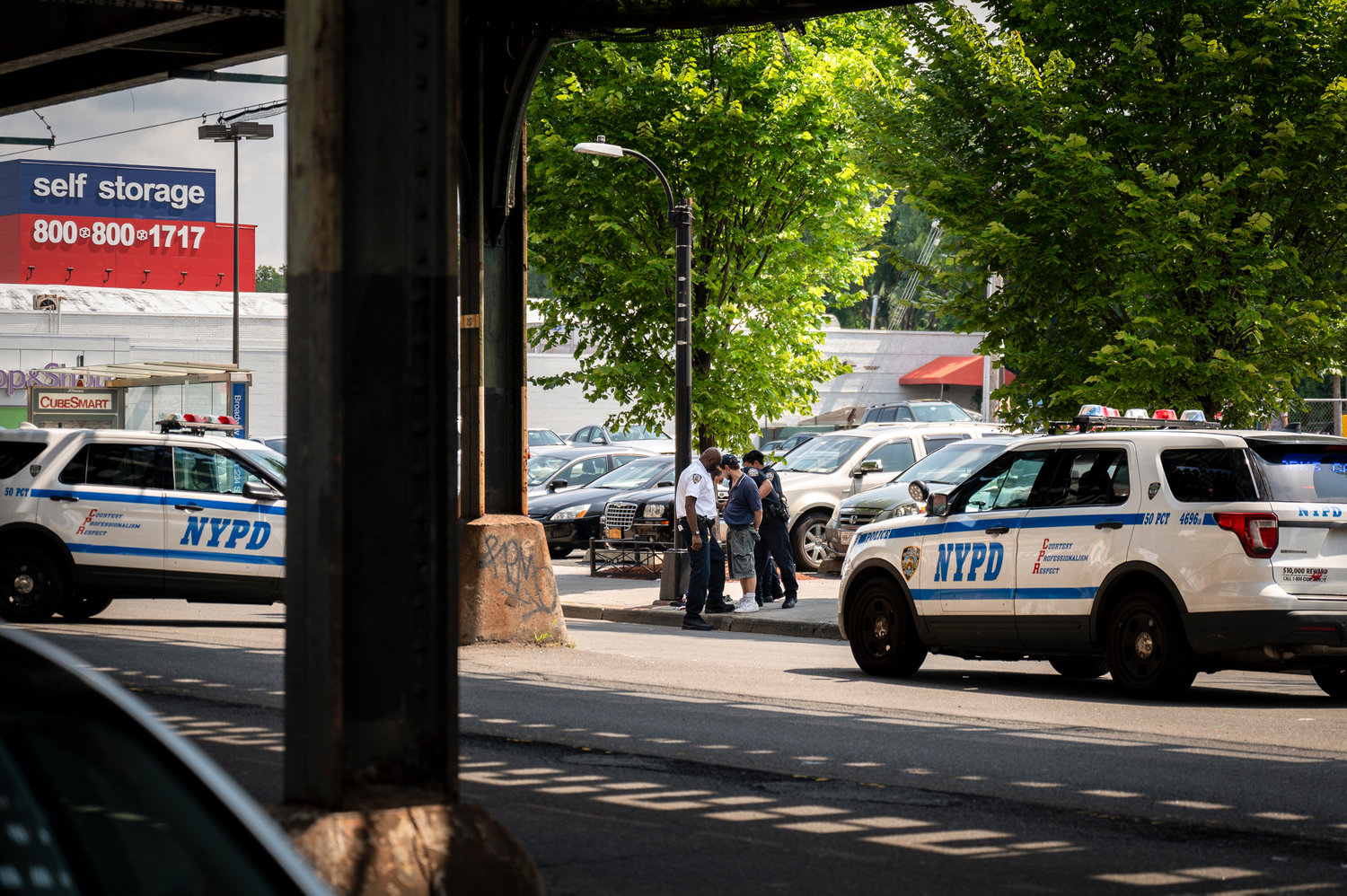 Two officers from the 50th Precinct arrest a man near West 233rd Street and Broadway on July 28. While this is not necessarily an example, precinct commander Capt. Emilio Melendez says the 5-0 has had a slight uptick in shootings, but has not experienced the same spike in violent crime as much of the city for the first half of 2021.
HIRAM ALEJANDRO DURÁN 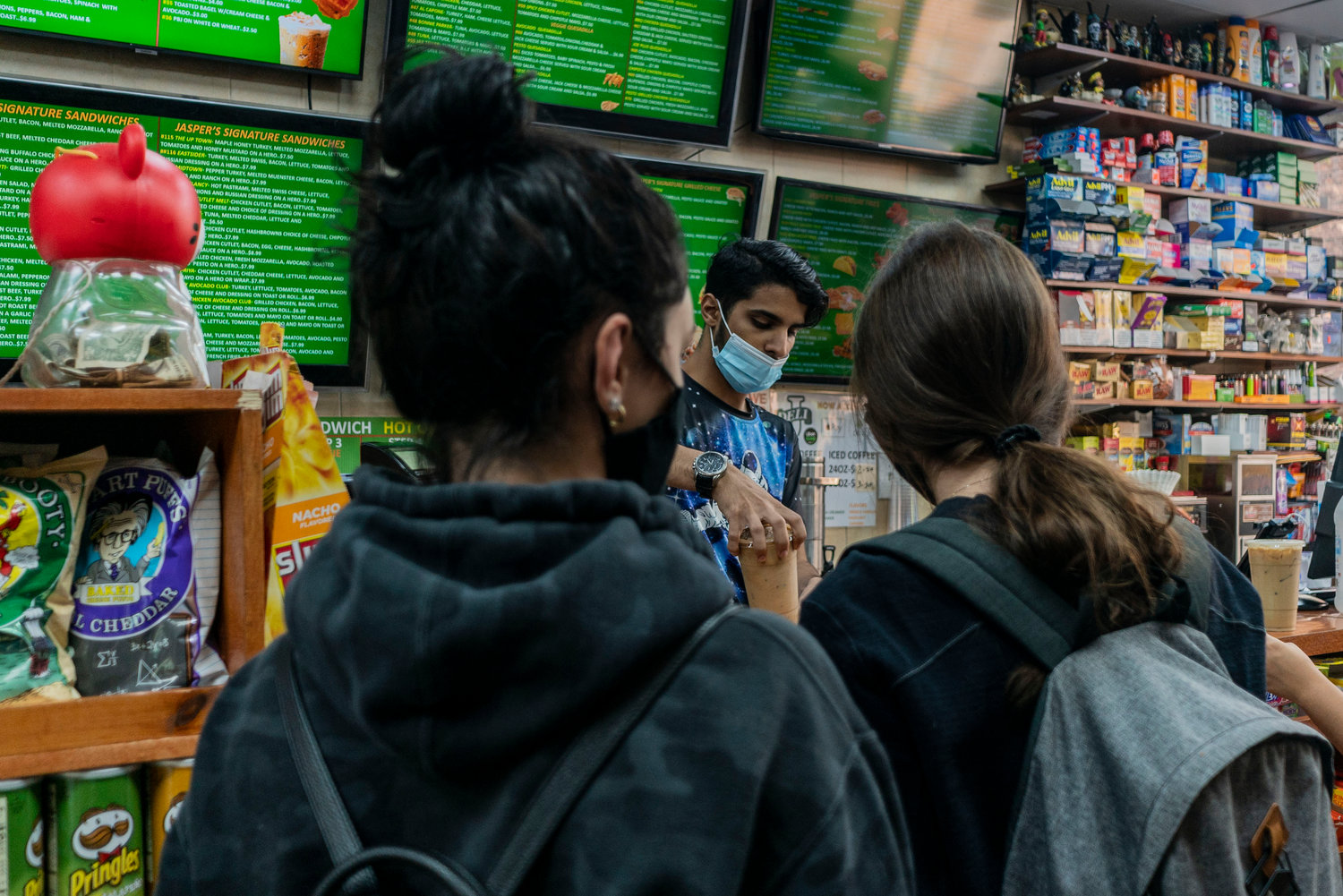 The Centers for Disease Control and Prevention highly recommends everyone in an indoor setting wear masks whether they are vaccinated or not to help stem the spread of the coronavirus delta variant. Mayor Bill de Blasio has sidestepped that recommendation, however, and instead is requiring those looking to eat, exercise or enjoy a show indoors to be fully vaccinated by Sept. 13.
HIRAM ALEJANDRO DURÃN/ File 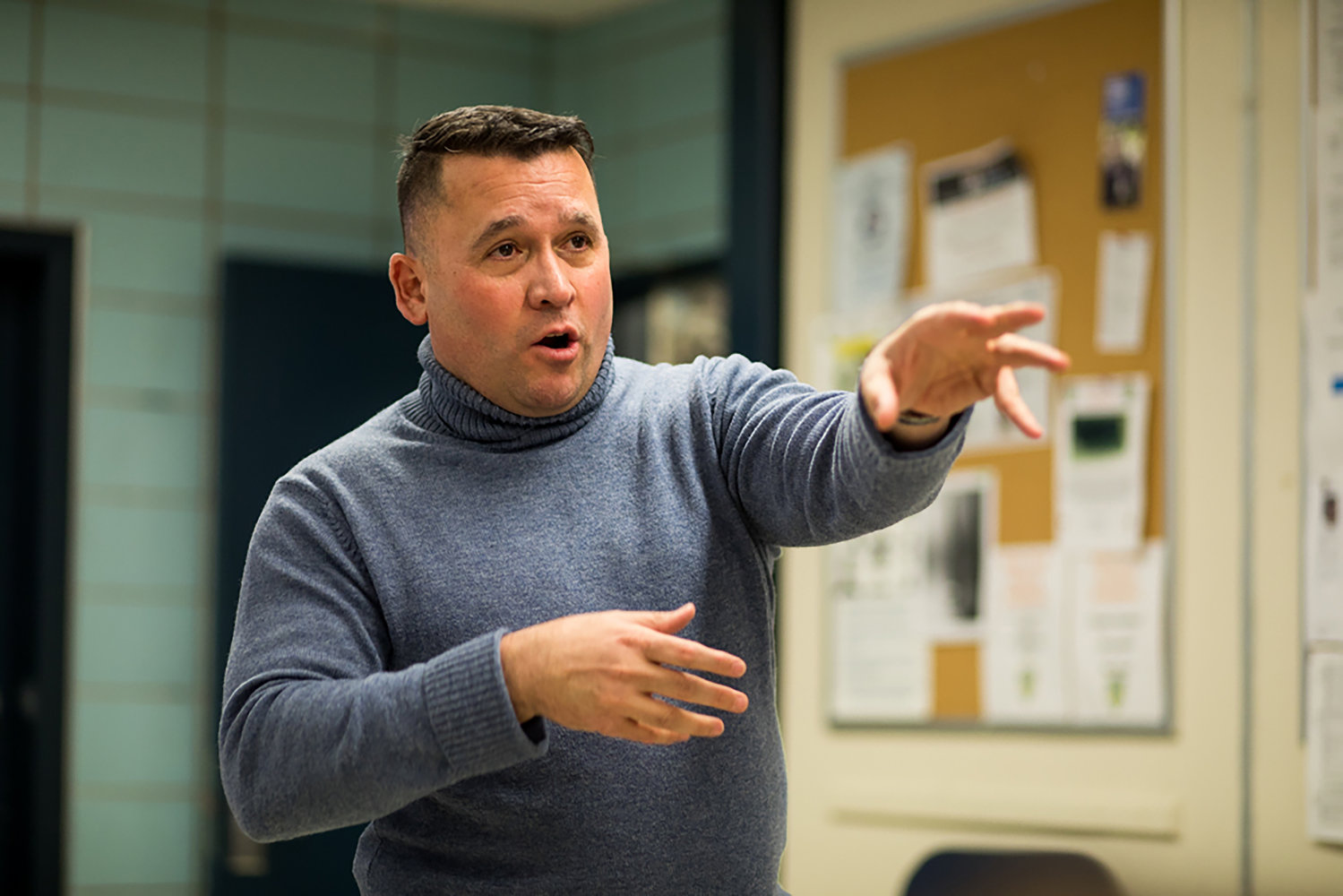 Capt. Emilio Melendez, commander of the 50th Precinct, says crime in his jurisdiction is down overall for the first half of 2021. While there has been a slight increase in shootings in the 5-0, Melendez adds it’s nothing compared to the citywide uptick. Additionally, there have been no murders in the 5-0 so far this year.
JULIUS CONSTANTINE MOTAL/ File
Previous Next
Capt. Melendez set to retire

“After 31 years, I have to walk away,” Melendez said. “I just had a knee replacement and neck surgery. I cannot function 100 percent. And it’s a liability to me. It’s also a liability to the city. So, the next commanding officer better be completely fit to fill my shoes.”

Before taking command of the 5-0, Melendez was the executive officer for a dozen years at the 42nd, 44th and 46th precincts, including areas like the Grand Concourse, Fordham and University Heights — all which typically suffer much higher crime rates than what Melendez experienced in this part of the Bronx.

Melendez also served in the military for three decades, joining the U.S. Air Force at 17.

If there was one issue that seemed to dominate last June’s Democratic mayoral primary, it was the citywide rise in violent crime. Specifically, shootings and murders.

In fact, many believe Brooklyn borough president Eric Adams was able to capture the Democratic nomination simply because his campaign focused on public safety concerns. As a former New York Police Department captain himself, Adams campaigned on rolling back recent police reforms, like last year’s disbanding of the plainclothes anti-crime unit.

With Adams’ victory, the tide seems to have turned away from last year’s calls to cut NYPD funding in the wake of George Floyd’s murder by a former Minneapolis police officer. Back then, the city council cut $1 billion from the department’s budget. This year, the council reversed some of that by restoring $200 million of it.

Fears about New York City’s violent crime aren’t unfounded. Murders and shootings surged in the city last year for the first time in decades. And that trend has continued through the first six months of 2021.

Police already have investigated 214 murders through the end of June — up slightly from 192 over the same period last year. There also has been a 40 percent increase in shootings this year — marking around four of such incidents every day — compared to just three daily last year.

Locally, however, the 50th Precinct has seen fewer murders and shootings. In fact, there have been no murders so far this year, while shootings ticked up slightly from four to five. And while precinct commander Emilio Melendez isn’t happy to see any kind of crime increase, the captain says these numbers are still very low.

“The 5-0 is not known as a shooting command,” Melendez said. “People do not get shot in my command. Very rarely do they get shot. When you look at the city right now, these numbers are very small and slim.”

Shootings are up in many precincts, even some of the safest ones like the 5-0, Melendez said. That’s because there are a lot of guns on the streets, and courts haven’t prosecuted gun charges aggressively.

There also have been small increases in other violent crimes locally like a 9 percent jump in  robberies, and rapes climbing nearly 67 percent to 10 reported incidents this year.

Rapes are an especially hard crime to tackle, Melendez said, because they rarely involve a stranger randomly attacking a victim on the street. Instead, rapes usually happen between people who already know each other — like married couples or those sharing the same living space.

Melendez also sees a daunting problem with grand larcenies — when something worth more than $1,000 is stolen — although statistics locally are flat compared to last year. Before June, his jurisdiction had actually shown much improvement in this particular statistic. But the 44 grand larcenies reported this past June was nearly double the number investigated in June 2020.

This uptick, Melendez said, can be mainly attributed to the growing popularity of e-commerce, which has led to a lot of unattended delivery packages around the area.

“In this new age of ours with the Amazons, with the Targets, with the Walmarts — a lot of these are home deliveries,” Melendez said. “So, when (people) are at work, their products have been delivered at home. Some of these products are worth over $1,000. And what we’re seeing now manifested — not only here in the 50th Precinct, but citywide — is that we have a lot of unscrupulous people. They’ll follow the trucks around. They’ll see where they’re leaving the packages. And if the package is unattended, they’ll steal them.”

Additionally, many have fallen prey to phone and internet scams, Melendez said. One of the more common thefts can be found among older adults who are tricked into giving away their credit card or banking information.

The statistic that really jumps out Ed Green — public safety committee chair of Community Board 8 — is the dramatic rise in local hate crimes. There have been more than a dozen through the end of July compared to none by this point in 2020.

At least a few of these hate crimes can likely be attributed to a string of vandalism attacks on Riverdale synagogues last April. Jordan Burnette, the man who police believe broke windows with rocks at four Riverdale shuls, was arrested early last May and charged with several hate crimes.

“The minute it’s a hate crime, we drop everything that we’re doing because we know the impact it has on the community.” Melendez said. “I mean, the individual that went around breaking the windows, it was my guys who caught him. I couldn’t be happier. Did it take too long? No one can ever tell. But we put a good plan in place, and we caught him red-handed.

“And it hasn’t happened since. So, I call that a success.”

The NYPD also has launched several new initiatives this year, Melendez said, meant to keep young people active — and away from crime. This includes the Blue Chips program, a basketball league where precincts form teams of kids that play against each other.

“That is what we’re pivoting to, because we’re seeing a lot of youth crime.” Melendez said.

“So, we want to win the hearts and minds of the youth. That’s what we’re doing right now.”