Eye on the City 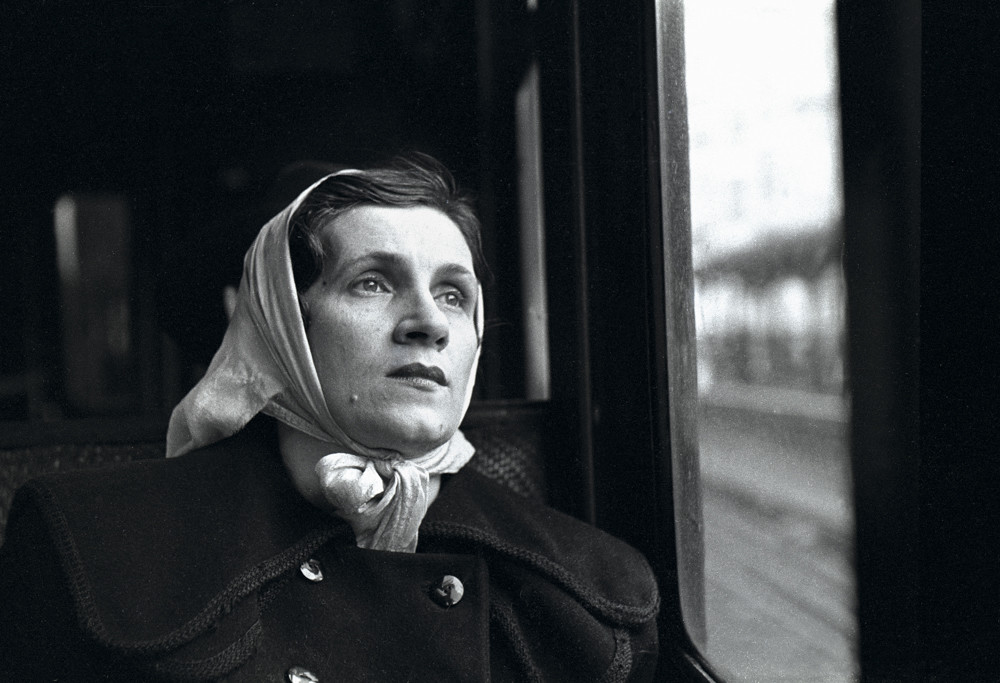 Vivian Cherry's photographs inside the trains that ran along the Third Avenue El bear a striking resemblance to what people might see on the subway today. The trains and the fashion may have changed, but the mood remains the same.
Courtesy of Vivian Cherry 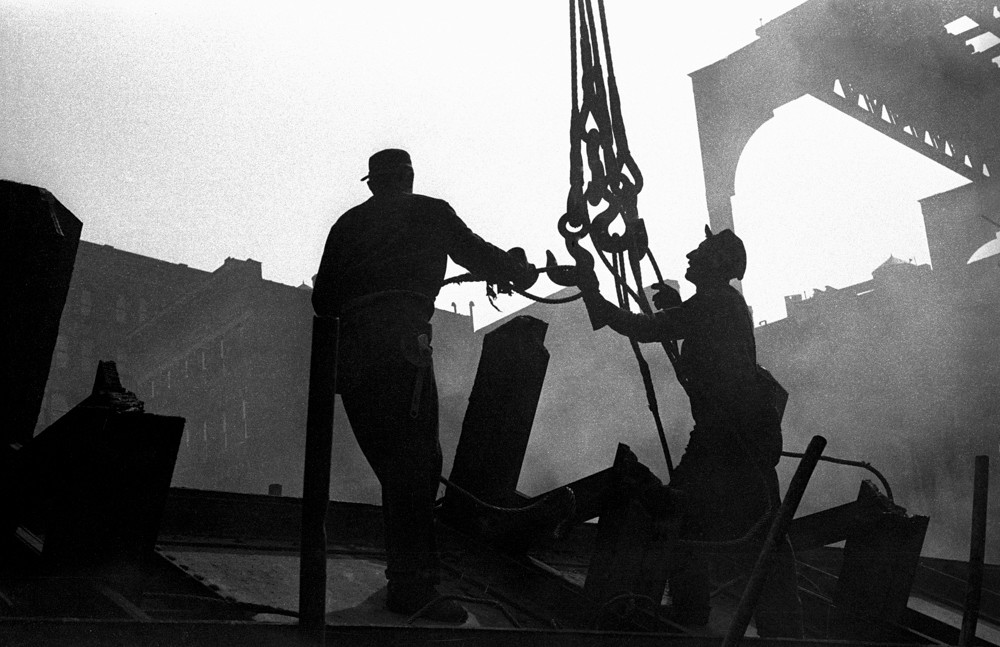 Vivian Cherry often photographed the Third Avenue El, a since-defunct elevated train line connecting Manhattan and the Bronx in the mid-20th century. A new exhibition of her work, ‘Helluva Town,’ is on display at Daniel Cooney Fine Art until June 23.
Courtesy of Vivian Cherry 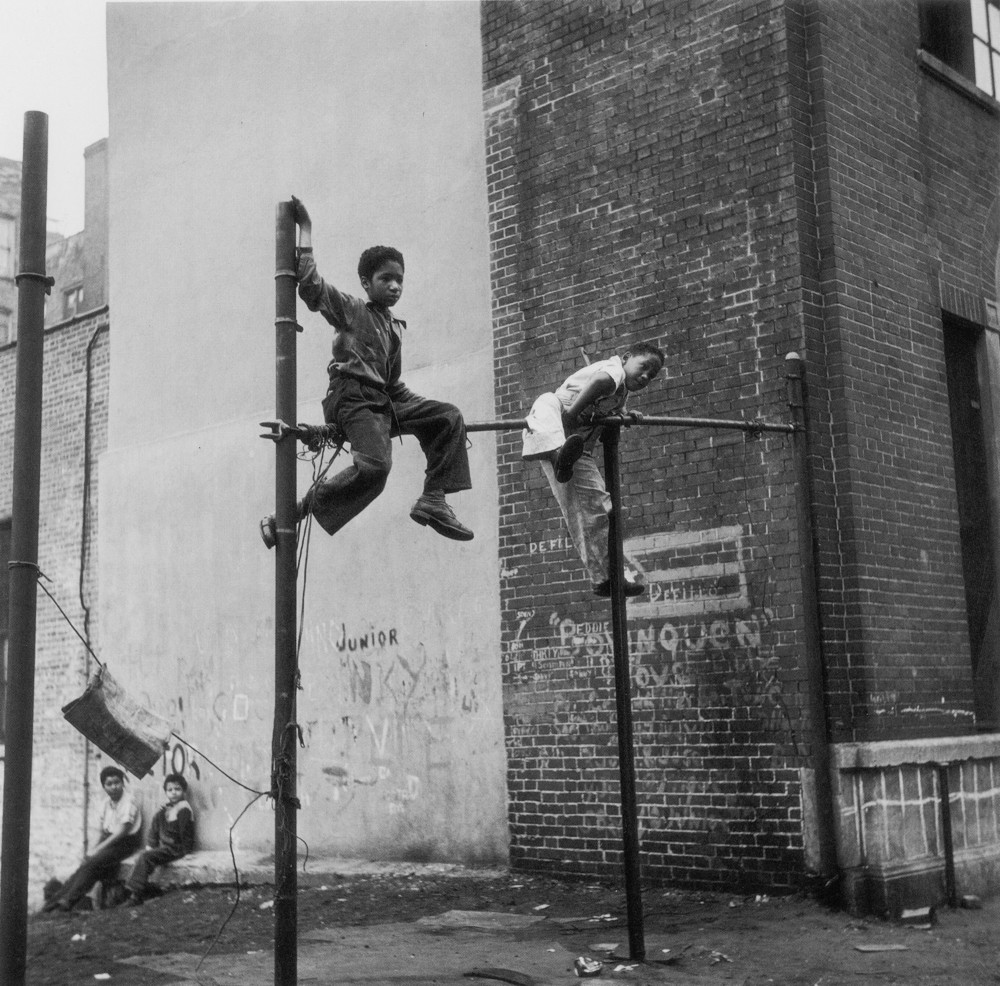 Vivian Cherry's images of children playing throughout New York City are often gritty in their aesthetic, reflecting the environment in which she was photographing.
Courtesy of Vivian Cherry 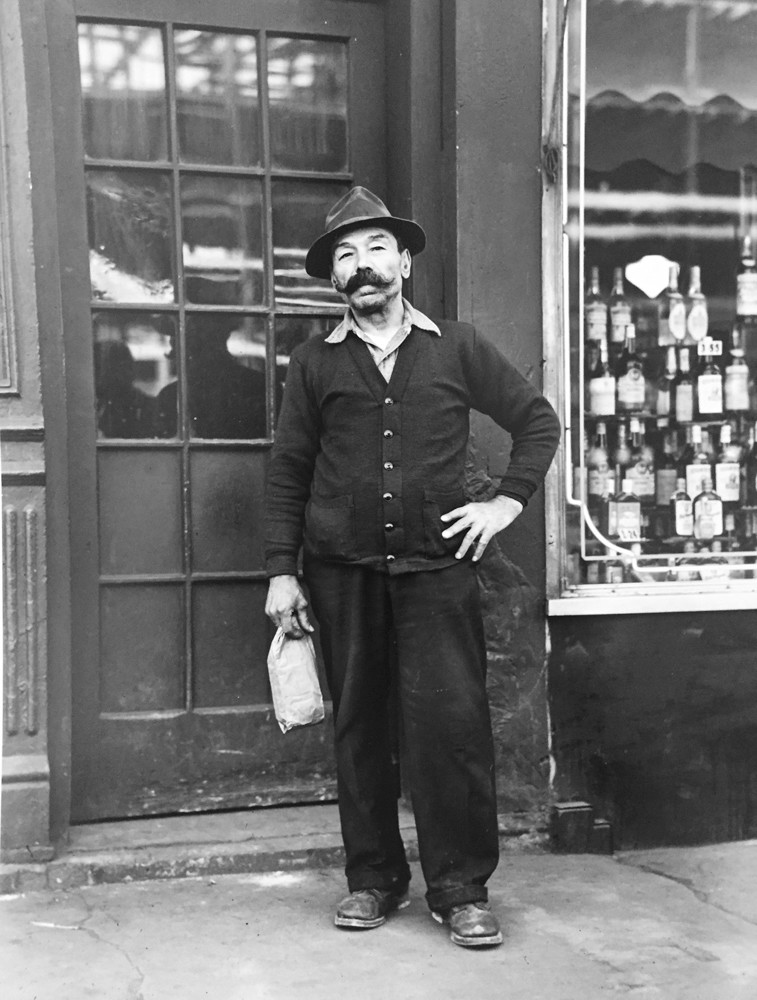 Vivian Cherry photographed throughout New York City, especially in the Lower East Side. Her pictures from there and the Third Avenue El are included in ‘Helluva Town,’ a new exhibition of work at Daniel Cooney Fine Art until June 23.
Courtesy of Vivian Cherry 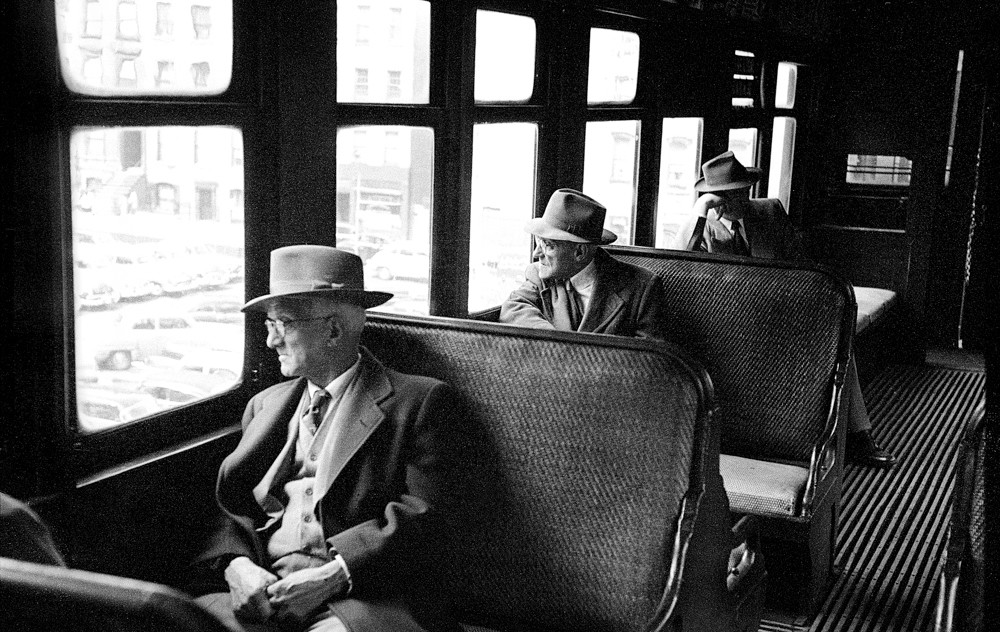 In addition to her various assignments, Vivian Cherry photographed in the street. When the Third Avenue El was active, she frequently took pictures inside trains.
Courtesy of Vivian Cherry 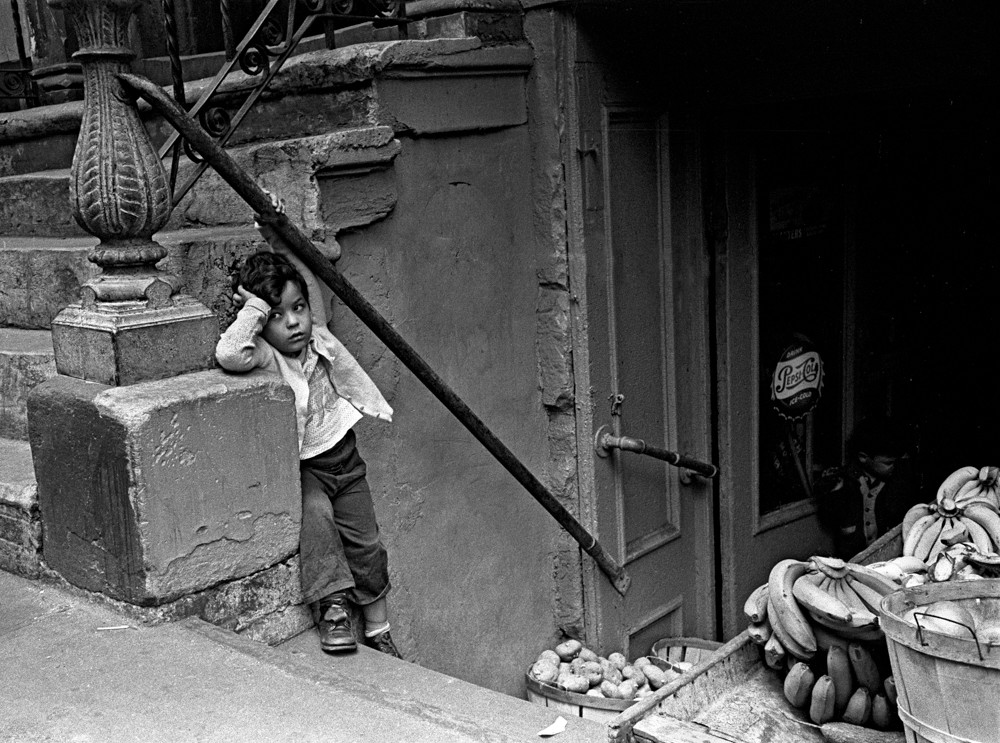 Vivian Cherry enjoyed photographing children largely because she found they didn't pay any attention to her.
Courtesy of Vivian Cherry
Previous Next
If you go ...

Vivian Cherry was the only woman in the room.

There were eight men with thin brushes in hand exhaustively poring over negatives of nude women.

“What are you doing?” Cherry remembers asking.

They were etching out pubic hair, as it was illegal at the time to print that. It was her first day on the job as a contact printer at a Manhattan darkroom in the early 1940s.

The advertisement that caught her eye read, “Contact printer. Will train.” A dancer on Broadway, Cherry was coming off a knee injury, and she needed a way to support herself. She grew increasingly enamored of photography. With World War II raging across the Atlantic Ocean, Cherry realized it was more important to focus on what was happening in real life.

“I decided that I’d rather have reality at that time,” Cherry said.

Her segue from dancing on Broadway to bringing negatives to life would eventually launch her career as a photographer, taking her all over New York City and around the world.

A new exhibition of Vivian Cherry’s work is on display at Daniel Cooney Fine Art until June 23. The show brings together images from Cherry’s vast archive that focus on her visual exploration of the Lower East Side, children in New York City, and the Third Avenue El, a since-defunct elevated train line that ran between the Bronx and Manhattan along Third Avenue.

Cherry’s pictures are very much of their time, a perfect encapsulation of the period in which she was working. Whether it’s the kind of cars on the street, the preponderance of hats, or the font choices in advertisements, Cherry’s pictures show a New York City that’s no longer here.

Yet, there are aspects of her pictures that transcend the time in which they were taken. One of her photographs inside the train that ran along the Third Avenue El shows a woman looking out the window. It has a dreamy quality to it with its soft tones and Rembrandt lighting that falls on the woman’s face.

It’s a scene that anyone taking the subway today would recognize. The fashion may have changed, but the mood remains the same.

Cherry frequently photographed children, too. Her pictures depict them playing games or otherwise caught in a wistful moment. Their games often were reflective of the violent time in which they lived, whether they were reenactments of war or lynching.

“They’re not just pictures of children,” Cooney said. “There’s a tone of violence in them.”

The games shocked Cherry, but she pushed through to keep documenting what she saw. Despite this, Cherry also found it fairly easy to photograph them.

“They didn’t pay any attention to you,” she said.

So much has changed

The fabric and tenor of life in New York City has changed significantly in the last six to seven decades. So much so that Cherry, 97, finds herself longing for that time photographically.

“It was better than it is now,” Cherry said. “People didn’t have cameras.”

The proliferation of affordable digital cameras and the ubiquitous nature of smartphones have largely democratized photography’s accessibility. In Cherry’s time, competition was not nearly as steep, and the profession paid nicely.

“I did fairly well,” Cherry said. “I got $100 a day,” the equivalent of receiving nearly $1,100 today. That level of financial independence afforded Cherry the time to work on her own projects in addition to assignments for various publications.

Cherry has had two books of her work published: “Vivian Cherry’s New York” and “Helluva Town,” which shares its name with the exhibition. Her photographs are also part of numerous permanent collections at institutions like the International Center of Photography, the Museum of Modern Art, and the Brooklyn Museum of Art, among other places.

In 2005, however, Cherry found that her work shifted from photography to writing. She was out photographing a protest against the Iraq war when the crowd spontaneously ran, and she could not get out of the way in time, trampled under their feet.

In recovery and unable to photograph for a while, Cherry’s therapist urged her to take up writing. In a memoir writing class, Cherry penned stories she thought were the most interesting from her life. She collected those and self-published them in 2011 as “Vignettes: Chapters From a Life.”

Her exhibit “Helluva Town,” which opened last week, is her first since 2000 when Cherry was featured at the Brooklyn Museum of Art.

“I hope people not only discover her photography, but her life,” Cooney said.

As Cherry’s career took off, she joined the Photo League, a renowned cooperative dedicated to socially conscious photography. Some of the most notable photographers of the mid-20th century were members, including Dorothea Lange, Edward Weston and W. Eugene Smith, among many others. Like her contemporaries, Cherry took on projects that were socially minded, like her photographs of Dorothy Day, an activist and co-founder of the Catholic Worker Movement.

Whereas other photographers might get bogged down in the technical aspect of the craft, Cherry couldn’t care less.

“You don’t need anything,” Cherry said. “You could take a hole in your box.”

It didn’t matter what she was using as long as she was looking. At one point, Cherry told herself if she didn’t like what she was doing, she would stop doing it.

“It’s fun going home and seeing what you got,” she said, “and getting mad that you didn’t get it.”