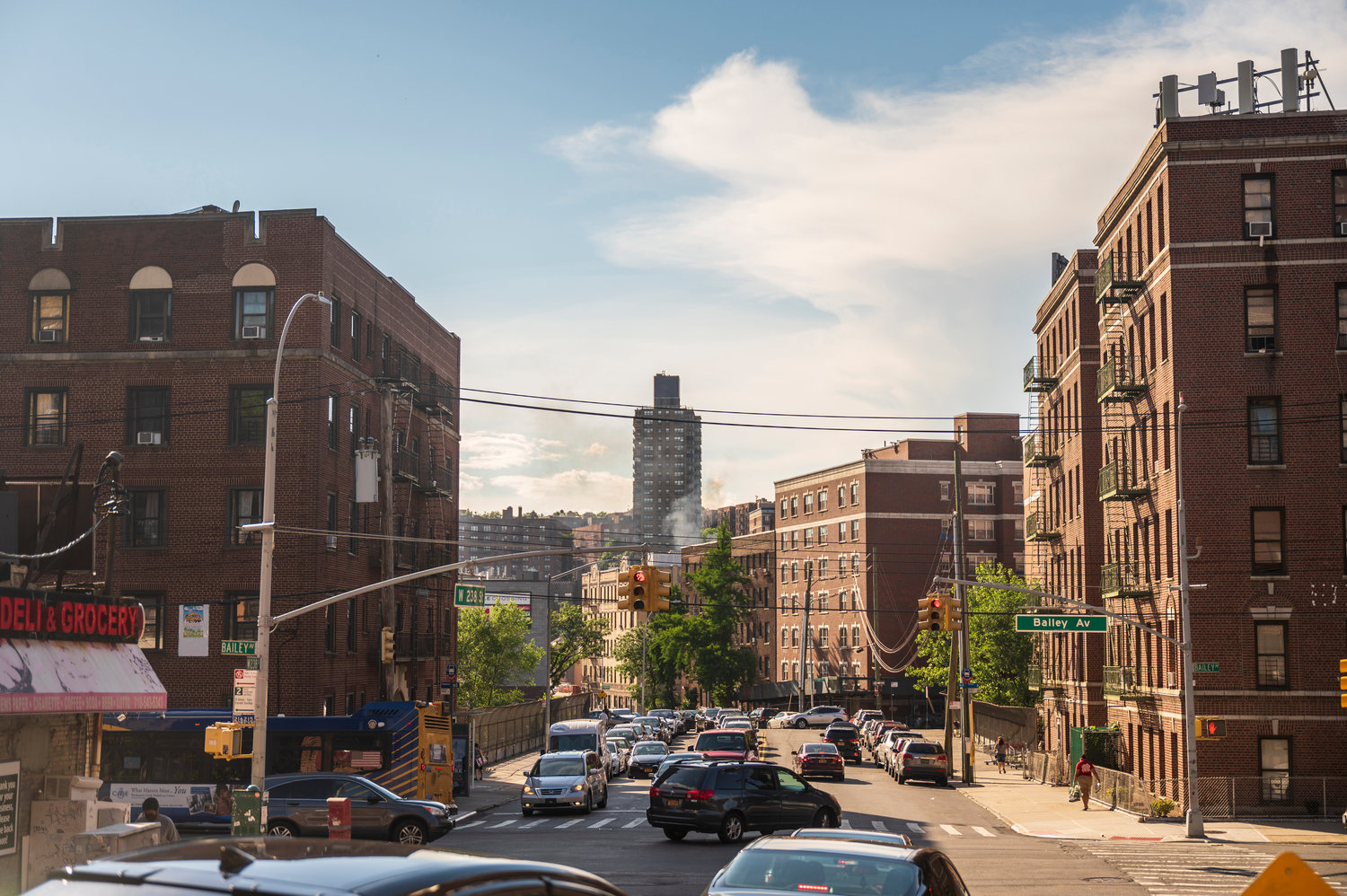 This November, voters have a chance to further change next year’s redistricting process through a ballot proposal. This constitutional amendment would move up the timeline for the state’s independent redistricting commission to submit maps to the legislature, allowing them to be done in time for the June primary.
HIRAM ALEJANDRO DURÁN 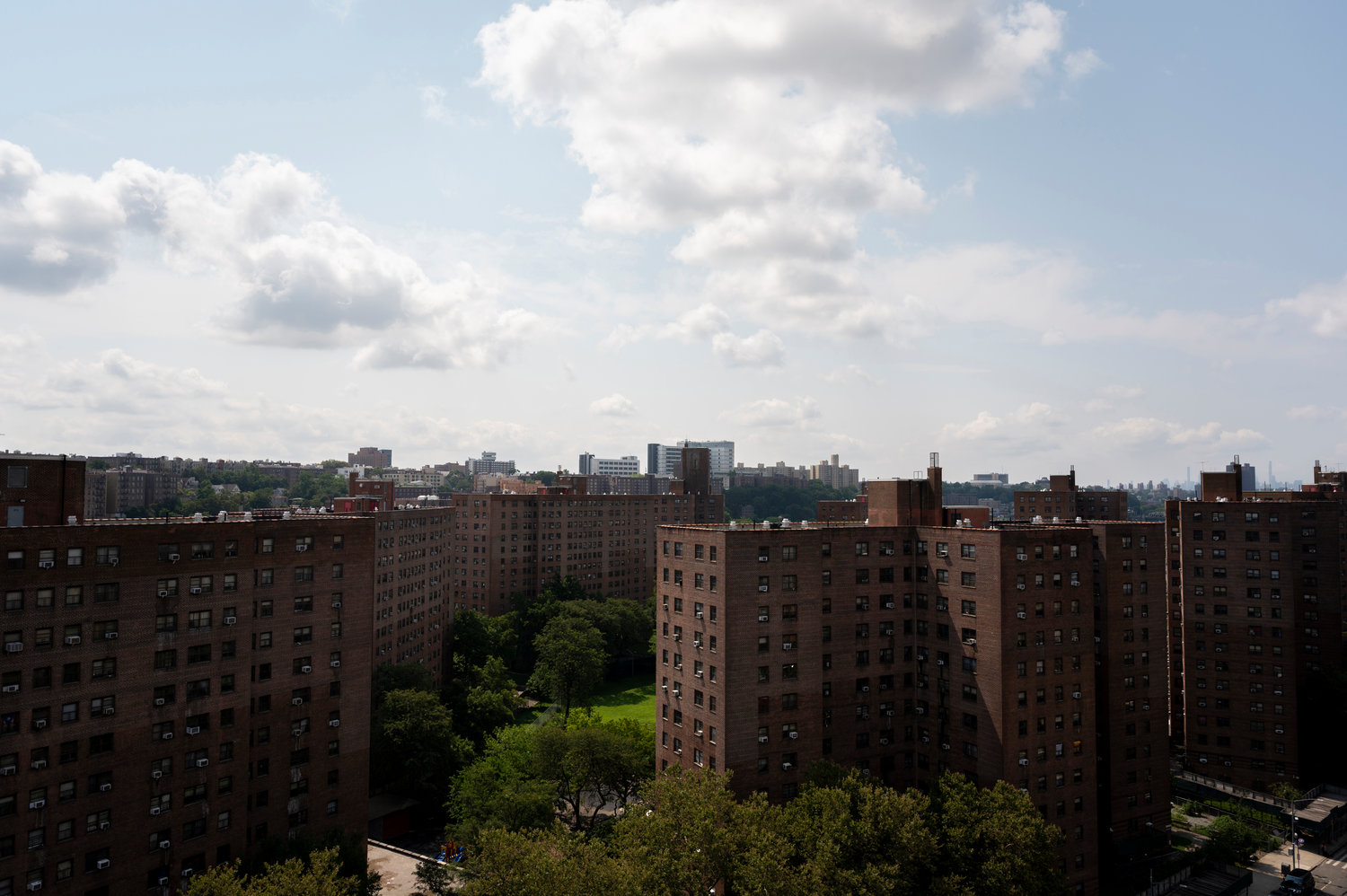 Voters can make next year’s redistricting run much more smoothly than what some have seen so far, advocates say, by voting yes on a ballot proposal intended to change the voting rules of the state’s independent redistricting commission and the state legislature with the aim of making redistricting less political.
HIRAM ALEJANDRO DURÃN/ File 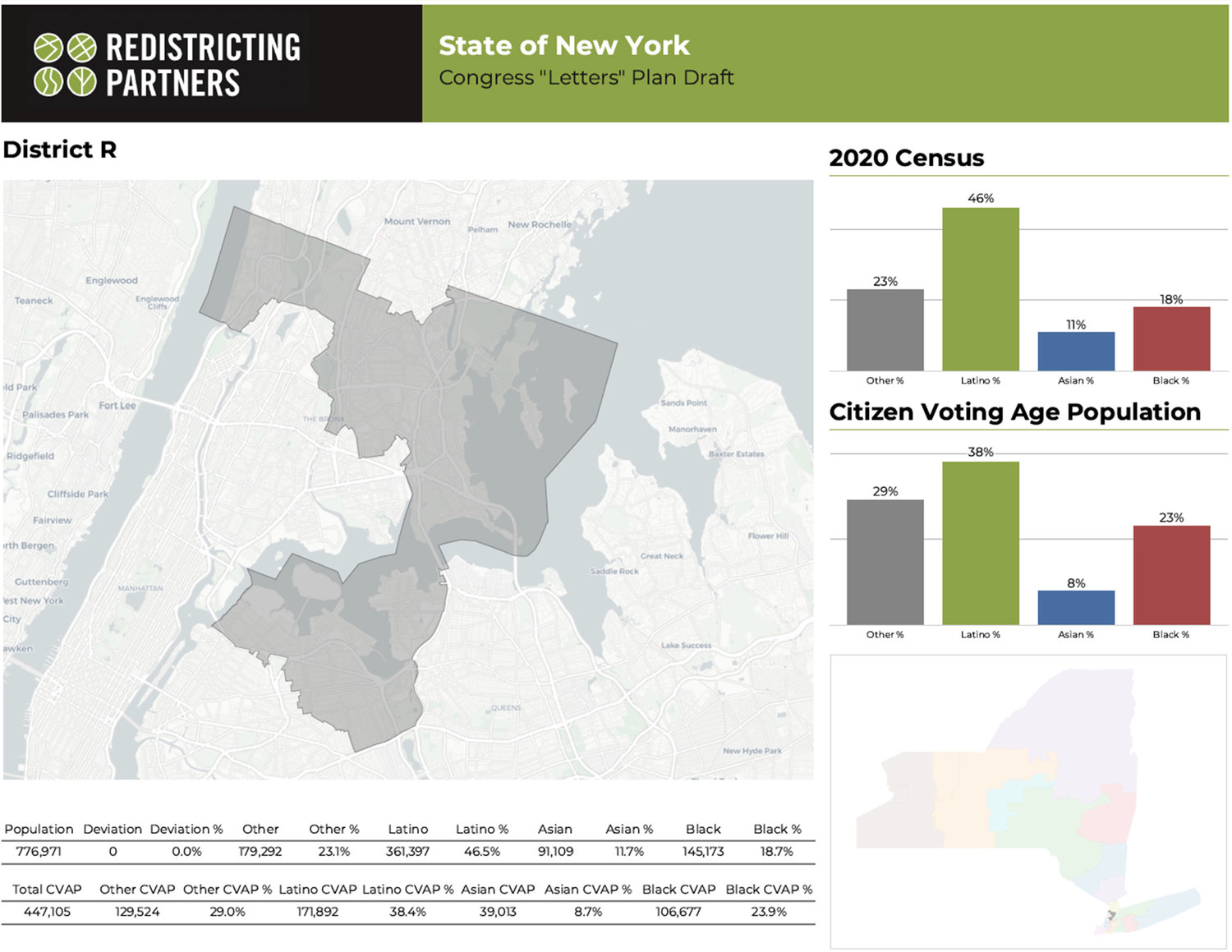 The state independent redistricting commission released two draft maps last month for what this area’s congressional districts could look like starting next year. Voters have the chance to have a say in how the redistricting commission and state legislature ultimately draft these districts by voting on a constitutional amendment proponent say makes the process less political..
Courtesy of Redistricting Partners
Previous Next
By ETHAN STARK-MILLER

In a little over a year, progressive standard-bearer Alexandria Ocasio-Cortez very well could represent this corner of the Bronx on Capitol Hill. At least, that’s one possible outcome of the two draft redistricting maps the state’s independent redistricting commission released last month.

This first map was proposed by the commission’s Democratic appointees,  appearing to move the district currently represented by U.S. Rep. Jamaal Bowman almost entirely out of the Bronx and into Westchester County. At the same time, it would expand Ocasio-Cortez’s east Bronx district to cover Riverdale and Spuyten Duyvil.

The other draft map proposed by the commission’s Republican members would incorporate this area into a district that includes upper Manhattan and much of the South Bronx.

The commission was set up through a 2014 state constitutional amendment approved by voters in a previous ballot proposal. The amendment laid out the commission’s structure and timeline for drawing new maps for congressional, state senate and Assembly districts.

But while the redistricting process following last year’s census has already begun, voters will have a chance to make some last-minute adjustments in time for the November election. It’s the first of five proposals on the ballot intended to amend the state constitution, which voters can find by turning over their ballots.

Other proposals include giving people a right to clean air and water, making absentee voting easier, and increasing the jurisdiction of New York City civil court judges, among others.

When it comes to tweaking redistricting, Jeffrey Wice says he’s in favor. It would make several changes to redistricting the New York Law School professor and redistricting expert says would include adjusting the process’ timeline, changing the commission’s voting rules, and freezing the number of state senate seats.

The most important changes, Wice said, are the deadline adjustments that will account for the primary being moved from September to June after the last redistricting amendment was passed, and delays in the process caused by the coronavirus pandemic.

Both were unforeseen when the commission was first set up.

“We do have the spring primary to deal with,” Wice said. “And unfortunately, we had a late start with delays getting the commission funded and delivery of the census data caused by the pandemic.”

To address these problems, the amendment would first move up the deadline for the commission to submit final maps to the legislature from Feb. 28 to Jan. 15. These changes, Wice said, should give the commission and the legislature enough time to approve maps before primary petitioning starts in the late winter.

The amendment also would make the commission’s voting rules for approving maps less complicated, Wice said. Currently, the rules for both the commission and the state legislature are dictated by their political makeup. For instance, Wice it takes a seven-vote majority to get any plan through the commission, but four of those seven votes must be from appointees of the four state legislative leaders.

Also under the current rules, if the state senate and Assembly are operating under a split control, then only a simple majority is needed to approve the maps. But if the same party controls both chambers, then they need a two-thirds majority in each to move the maps forward.

The amendment would take political outcomes out of the equation, Lerner said, by letting the commission and legislature approve maps by simple majorities — although the commission still has a seven-vote threshold.

“We at Common Cause New York have consistently opposed having shifting standards based on political outcomes,” Lerner said. “This amendment would ensure that whoever is in control of the legislature, there would be one standard for approving maps.”

This change won’t affect the current redistricting, however, because the Democrats have super-majorities in both chambers.

Another positive outcome of this ballot proposal, Wice said, is that it’ll freeze the number of New York’s state senate seats at 63. This could potentially stop the majority party from adding or subtracting seats to maintain power in the upper chamber.

“For the last several decades, the then-Republican majority in the state senate used an obscure 19th century formula to add one district every 10 years to help ensure a Republican majority,” Wice said. So “the ability to increase the size of the senate for partisan purposes would be eliminated.”

The amendment also would make a ban on so-called “prison-based gerrymandering” part of the constitution, Lerner said. This means prisoners will be counted in the districts where they last resided instead of those where they’re incarcerated.

“If adopted, New York’s would be the first constitution in the in the country that protects the reallocation of incarcerated people,” Lerner said. “So, that’s a ban on prison-based gerrymandering. Which is a pernicious practice, where incarcerated people — almost all of whom live in urban centers — are counted as if they were residents of the upstate counties in which they’re in prison. Where they receive no services from the county whatsoever.”

However, the first ballot proposal is not without its critics. Former upstate Republican Congressman John Faso told Spectrum News 1 the proposal’s changes to commission voting rules would give outsized power to the majority party.

“They take a carefully constructed bipartisan measure that was adopted by the people, and they would tilt it so that basically it would remove the ability of the minority party — in this case the Republicans — to really have a true input into the redistricting process,” Faso said.

But Lerner argues the amendment would actually even the playing field between the parties, no matter which one is in the majority.

The next step in the process, Wice said, is for the commission to hold a series of hearings starting the middle of this month — where the public will get to comment on the draft maps.

“I think the commission will hear a lot from the public,” Wice said.

“They’ll complete their hearings just before Thanksgiving, giving them just over a month to finalize their work and come together on an agreement. Or disagree and sending two or more plans for the Assembly, state senate and Congress to the legislature.”