Voters have voice in charter change 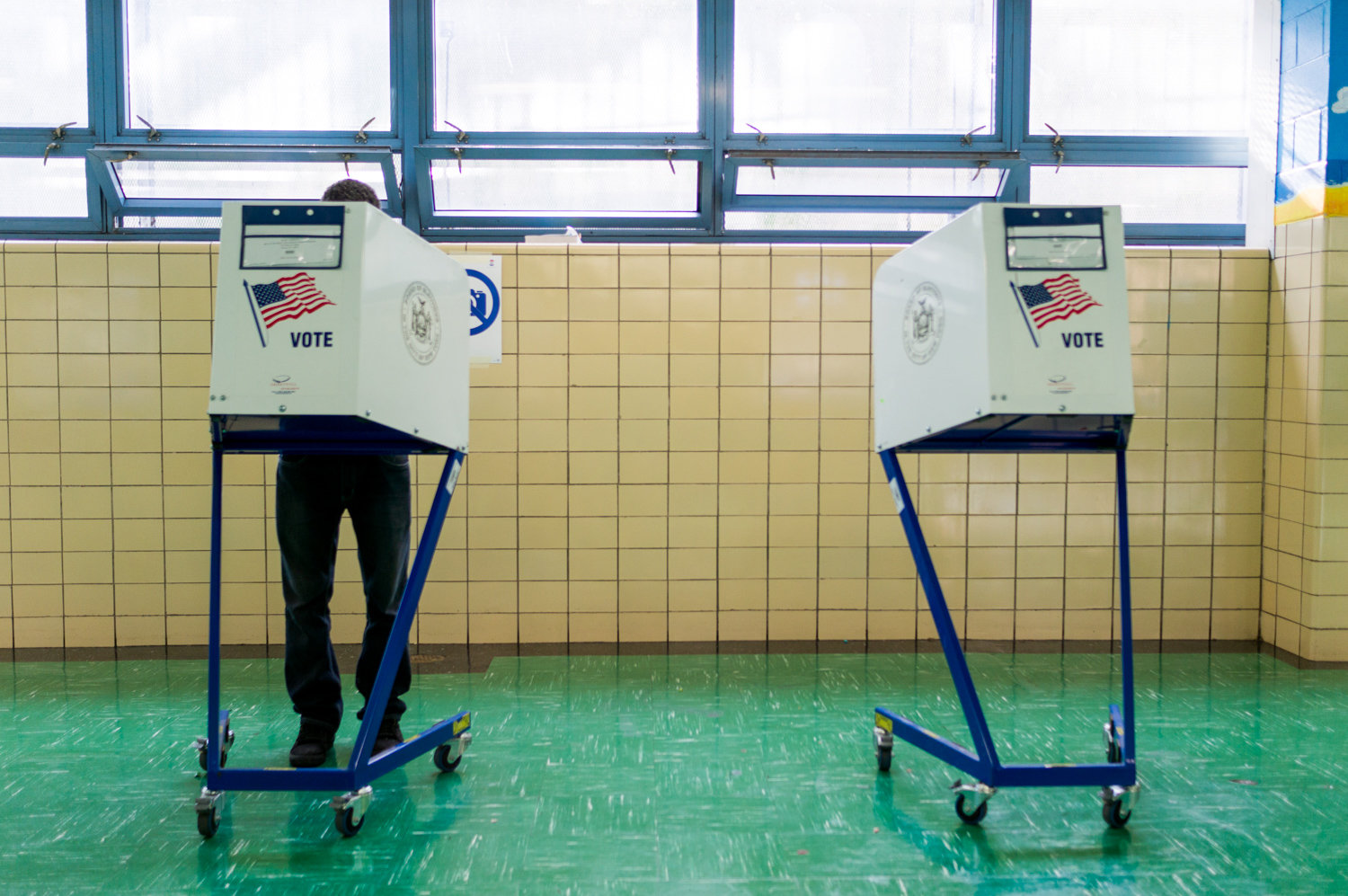 On Oct. 26, voters can cast ballots ahead of Election Day, now that early voting will become a reality in the state.
JULIUS CONSTANTINE MOTAL / File 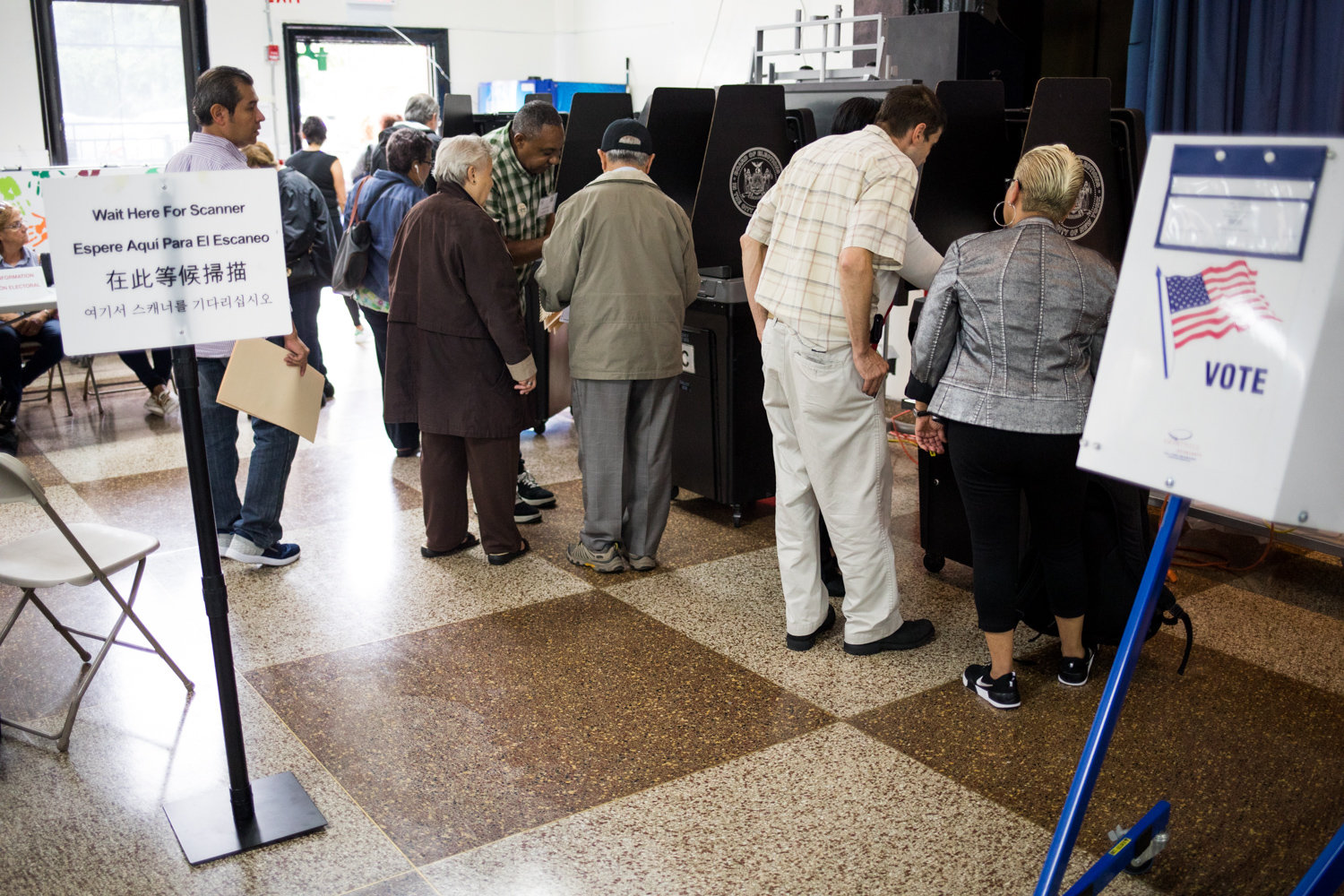 Voting might still be a hassle, but it could get a little easier now that early voting is kicking in Oct. 26.
JULIUS CONSTANTINE MOTAL / File
Previous Next
By HEATHER J. SMITH

Skip the lines. Avoid the rain. Peace out to the sign-holding, pamphlet-thrusting campaign volunteers. Vote early between Oct. 26 and Nov. 5, and get it over with.

Among the names on the ballot and the offices they’re running for, are some important decisions for voters.

This fall, voters will be asked to decide on five proposals to change the city’s charter. Think of it as the city’s constitution. It lays out the city’s structure, how tax money is spent, and all the rules we follow to keep the city running smoothly. Well, as smoothly as possible under the circumstances.

The process to develop changes was put into motion last year when the city council passed legislation to create a commission to decide what needed to be addressed, following a separate commission put together by Mayor Bill de Blasio that successfully passed some amendments last year, including term limits for community board members.

“A good panel of people went around holding meetings in the different boroughs, and they examined a bunch of different questions based in large part on public testimony,” Councilman Andrew Cohen said. “They made their way around the borough talking to people, and they’ve come up with a package of multiple questions.”

The first asks if voters want to change how elections are conducted in New York City. For city offices like mayor and city council, the changes propose switching to ranked choice voting. Instead of voting for just one candidate out of a group of several, voters will rank their choices from highest to lowest. The candidate that receives 50 percent of the vote wins. If no candidate gets 50 percent, those with the lowest number of votes are eliminated.

Tallies for their second and third choices are redistributed to the remaining candidates until one of them reaches the threshold.

Cohen had concerns about ranked-choice voting at first, especially on how it’d affect city council races. But he supports it enough to “give it a shot.”

“Overall, I think that it has the potential for giving us elected officials who most closely represent the community,” he said.

Additionally, the proposal would extend the time between an elected official leaving office and the special election to replace that person from 45 days to 80. That has pluses and minuses, Cohen said. On one hand, it gives potential candidates a larger window to campaign. But a longer period before a special election would mean an entire district would be without a representative in city council for almost three months.

The proposal also tinkers with the city budget by allowing officials to establish a “rainy day fund,” setting money aside to use for future projects in future years.

Currently, the city council can’t, by law, have such a fund. But the city found ways around that, like pre-paying debts. That method of spending out of the fund, Cohen said, wasn’t always transparent.

“I think it’s a very smart improvement,” he said. “I think it will give us better metrics to measure how we are doing in terms of if there is a downturn, what we have in reserves rather than sort of stashing money away for a rainy day.”

The proposal also would guarantee budgets for the public and borough advocates. And the mayor would have to submit revenue estimates to the city council a week earlier.

Voters will decide several changes to the Civilian Complaint Review Board — the city agency that investigates complaints of abuse of authority and excessive force by police. The ballot question asks voters to add two CCRB board members — one appointed by the public advocate, and another appointed jointly by the mayor and council Speaker. It would require the city’s police commissioner to explain reasons for not taking the board’s recommended disciplinary actions against officers.

The changes, if approved, would give CCRB directors subpoena power and let the agency investigate suspected false statements by officers during an investigation. The proposal also would guarantee the agency a yearly budget.

Ethics and governance are also on the list. If voters approve the proposals, it would prohibit elected and appointed officials from lobbying the city government for two years after leaving their post, among other changes

“You want to have quality and meaningful disclosure,” he said. “But you also don’t want to put burdens on people that discourage participation. I think we’re trying to strike a balance here, trying to give the public greater accountability and disclosure, and encouraging more involvement.”

“I think that these changes, by and large, will make the charter better and make the city government work better,” Cohen said. “I won’t say that it’s a radical revision of city government, but I think they are meaningful improvements.”