Was it a message from above? 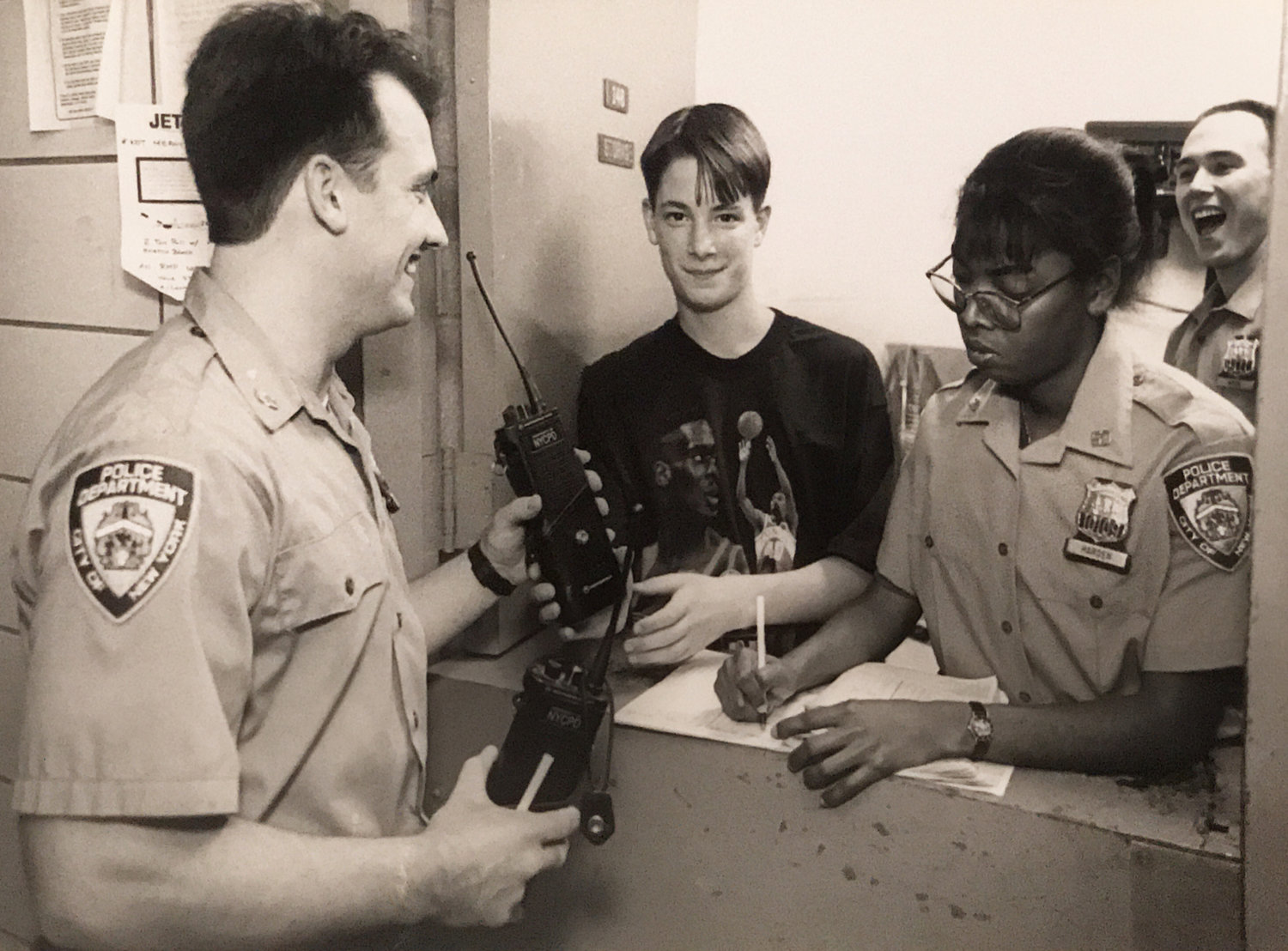 Local school student Kevin Brown was 'commissioner for a day' of the 50th Precinct back in May 1994. After a roll call and an inspection, 'Commissioner' Brown handed out radios with Officer Audrey Harden to fellow officers like Rich Gleason.
SUSAN B. MARKISZ / File

EDITOR'S NOTE: This Police Beat was compiled from items originally published in 1989, 1990, 1995 and 2006, and was reprinted as part of the 70th anniversary of The Riverdale Press.

Two cinder blocks, apparently tossed from the roof of a five-story building in Kingsbridge, smashed the windshield and door of a patrol car as officers John Nash and Tyrone Humphrey headed toward West 230th Street on April 20, at 9:50 p.m., according to police.

Neither officer was injured. No other injuries were reported.

The two officers were patrolling the area when the two cinder blocks came thundering down. Police believe they were thrown from the roof of a building on Kingsbridge Avenue, just south of West 231st Street.

A search of the area was unsuccessful.

Capt. Patrick Dudgeon said police believe one person — two at most — were involved in this incident. He said he is extremely concerned because such an act not only threatened the lives of the officers, but anyone who may have been in the vicinity.

A little girl, for example.

Police are still investigating. Yet, there was another attack on a police vehicle, cops reported.

As Officer Christopher Middleton patrolled Marble Hill on April 19 around 6:10 p.m., his scooter was struck with a “baseball-type object,” according to police. He was not injured.

Officer Middleton was traveling south on Marble Hill Avenue when his scooter was hit.

Car thieves have taken notice of the increasing number of hi-tech gadgets in vehicles. In two separate incidents in Riverdale and Kingsbridge — one on a Sunday, and the other last week — thieves broke into vehicles and stole a global positioning satellite device and satellite radio, among other things.

In the Sunday incident, a woman parked her 1999 Saturn opposite 310 W. 230th St., at 3 p.m. When the 23-year-old Long Beach resident returned one hour later, the passenger window was smashed, and the AM/FM satellite radio and seven CDs were gone, along with her wallet containing two credit cards and $30.

In the March 17 incident,  a man parked his 2001 Chevy Tahoe on Independence Avenue and West 246th Street at 3 p.m. When the Yonkers resident returned the following evening, the driver’s side window had been broken and his GPS device and sunglasses were gone.

Thieves who broke into a Ladd Road home Sept. 20 ransacked the place, pulling out drawers and flinging the contents about.

To add insult to injury, the burglars sat down and enjoyed a quick meal.

The pair — who brought their own cans of beer — helped themselves to cans of tuna, mixed in a bowl with mayonnaise, which they then turned into sandwiches.

They left the house — and the dirty dishes — after making off with the owner’s possessions.

Carjackings are usually rare in the Riverdale-Kingsbridge area, but three have been reported in the last two weeks.

Police feel the crimes are unrelated, however.