With race finally on horizon, candidates get to work 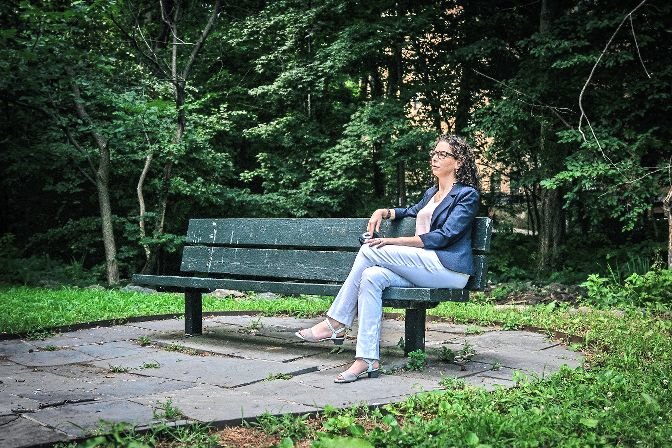 Jessica Haller is one of four candidates seeking to replace Andrew Cohen on the city council next year. A year out from the election, Haller says the coronavirus pandemic has made her campaign platform of sustainability, resiliency and equity more relevant than ever.
HIRAM ALEJANDRO DURAN 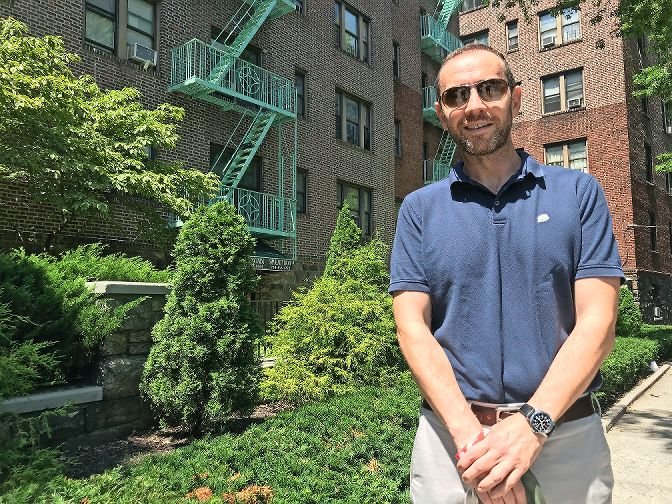 The race to replace Andrew Cohen in the city council has been ongoing for two years already, but with just under a year until the 2021 citywide primary election, Dan Padernacht and his opponents are ramping up their efforts. Padernacht says that as a Community Board 8 member, he has seen the needs of the community change over the course of the coronavirus pandemic.
MICHAEL HINMAN 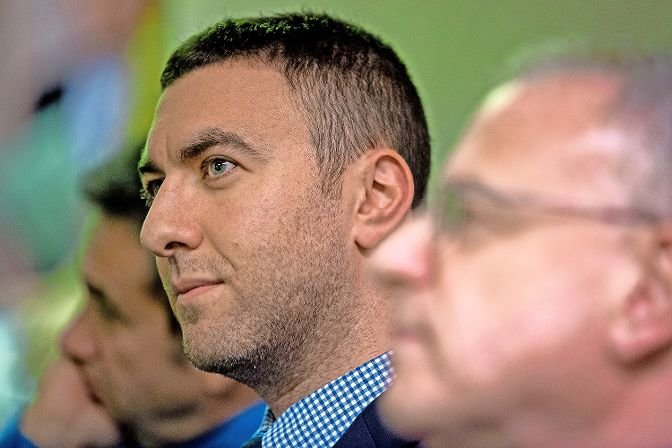 Eric Dinowitz, who serves as a committee chair for Community Board 8, says he is tuned in to the needs of his community, planting the seed for electronic absentee ballot tracking with his father, Assemblyman Jeffrey Dinowitz. The younger Dinowitz first announced he was seeking the seat in Summer 2018.
JULIUS CONSTANTINE MOTAL / File 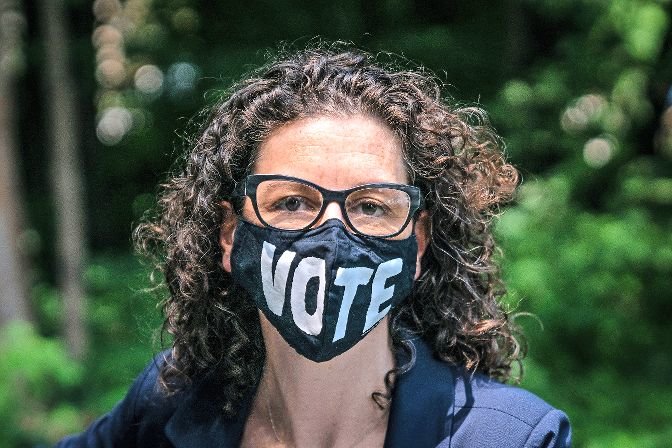 Jessica Haller, with a strong focus on the environment and equity, says her message in the race to succeed Councilman Andrew Cohen is stronger than ever as the city struggles to deal with the fallout of the coronavirus pandemic. Facing the election next summer, Haller and her opponents are ready to start actively campaigning.
HIRAM ALEJANDRO DURAN
Previous Next
By KIRSTYN BRENDLEN

Anyone who thinks presidential campaign season is long obviously hasn’t checked out the political landscape in the Bronx. It’s been two years since Dan Padernacht and Eric Dinowitz first announced plans to succeed Councilman Andrew Cohen. And not only have they since been joined by Dionel Then and Jessica Haller, they still have another year before voters head to the ballot box to choose a Democratic nominee.

It’s not that Padernacht — a real estate lawyer and former chair of Community Board 8 — or educator Dinowitz like long campaigns. There were heavy rumors Cohen would be nominated for a judgeship, creating a special election. In that situation, candidates would have just 45 days to gather signatures and raise money — giving an advantage to anyone who started ahead of time, or had forewarning that such an appointment was imminent.

It’s just that neither the judgeship nor the special election have ever materialized.

Since then, Padernacht and Dinowitz were joined by former Riverdale Press intern Dionel Then and environmental activist and entrepreneur Jessica Haller.

Three candidates have surged ahead — Haller, who recently ended her first fundraising filing period, reported raising nearly $56,000 since she entered the race in January. Dinowitz has raised more than $73,000, while Padernacht has borough in just under $31,000 raised, according to campaign filings with the city.

Now with just a year to go, all the candidates are starting to plan for what’s ahead.

Haller stopped campaigning, for the most part, on March 3. Her children — students at SAR Academy and SAR High School — were in quarantine after a student there was one of New York’s first to test positive for the coronavirus. Worried that her children might develop COVID-19, Haller’s fledgling campaign wasn’t quite a priority at that moment.

“I really took, like, six weeks off,” Haller said. “And really went into this, like, what in the hell am I doing? What in the hell am I doing? And the answer was, from people around me, ‘Your message is resonating even more strongly because everyone understands what resiliency means,’ and then the equity issues we were dealing with. That when we come out on the other side, ‘You are going to be what we need.’”

Haller has brought in a team of more than a dozen interns — mostly students from various schools — to figure out what kind of campaigning they can do safely in what has been described as a “new normal” in the wake of the pandemic.

Slowing down a campaign significantly was a trend for her opponents — Dinowitz and Padernacht both took the time to focus on the roles they already were in. Living through a pandemic has made Padernacht even more aware of what the community needs.

With a background in local politics and economics, Padernacht said the issues the city is facing now — people going hungry and having their homes threatened, public transit shutdowns and education inequity — aren’t new. They’ve merely been exacerbated by the pandemic.

Since the beginning, Padernacht says he’s focused on being a strong, clear voice for his community in local government, especially in his role as chair of Community Board 8’s traffic and transportation committee. The pandemic hasn’t changed that, only made his desire stronger.

Dinowitz knows those issues have been exacerbated. A teacher and parent of two young sons, he’s trying to navigate the city’s public school system while leadership waffles on reopening physical campuses in the fall.

While in-person campaigning might be impossible, Dinowitz is ready to forge ahead, proposing ideas for tracking absentee ballots in New York state — an idea his father, Assemblyman Jeffrey Dinowitz, has since taken to Albany.

“The proposal, again, came out of my direct communication with hundreds of neighbors,” Dinowitz said. “As you know, people were complaining, whether it was calling or just seeing it on Facebook, or seeing any of the news reports. This was a huge issue.”

Of course, where being attached to a long-term incumbent is usually a good thing, the northwest Bronx has showed in the past few years it might be ready for change. Two years ago, state Sen. Alessandra Biaggi toppled long-term incumbent Jeff Klein. And just last month, U.S. Rep. Eliot Engel was effectively unseated by new politician Jamaal Bowman after more than 30 years in Washington.

“Voters are getting more engaged in the electoral process,” Padernacht said. “And I think it presents an optimistic outlook for candidates who are not the chosen person for those established individuals.