Without West, Science pushed out of playoffs 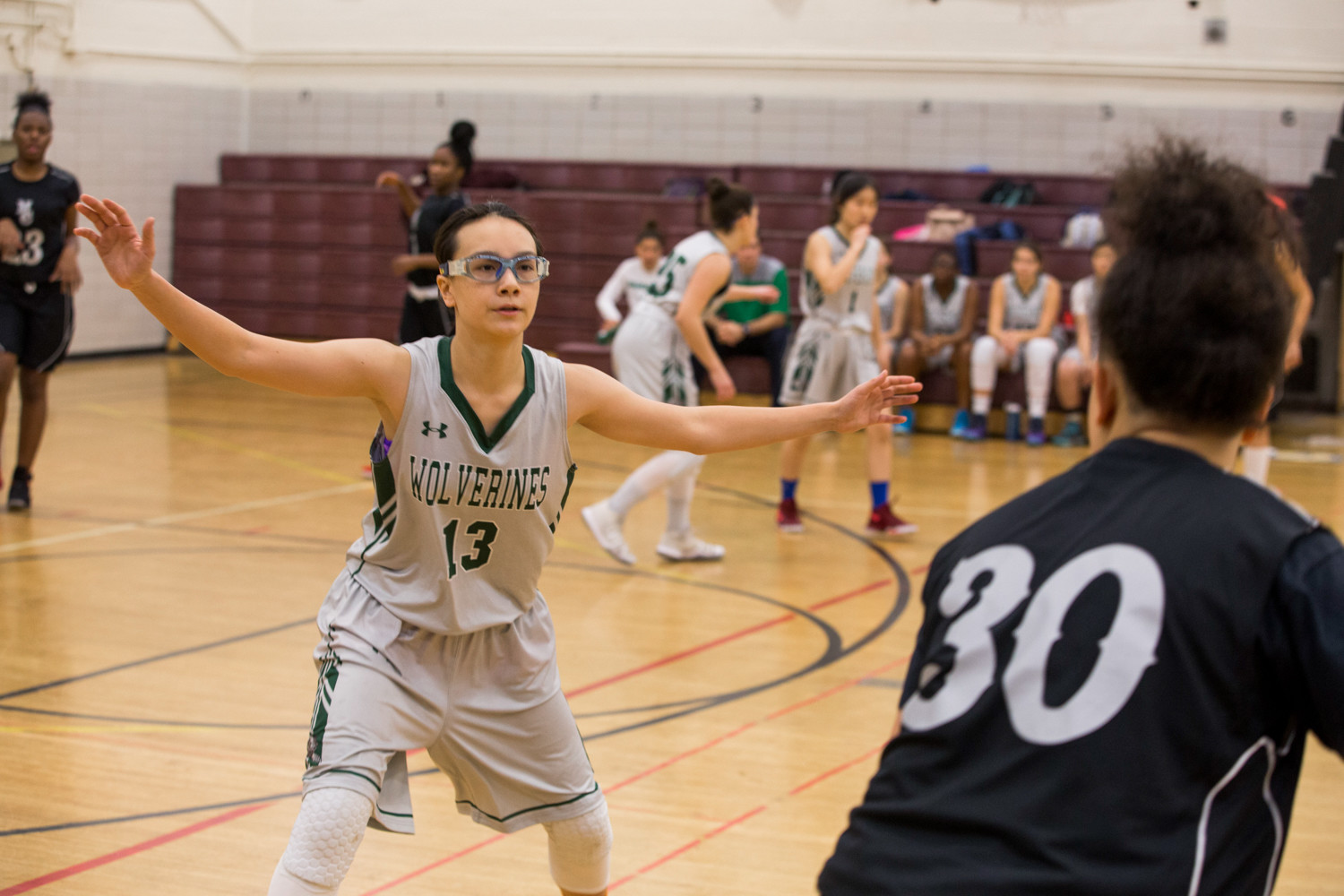 Sarang West, shown here in an earlier game this season, went down with a dislocated thumb in Bronx Science’s playoff game with Brooklyn Community, a departure the Wolverines could not overcome in their 65-53 loss.
JULIA SCLAFANI / File 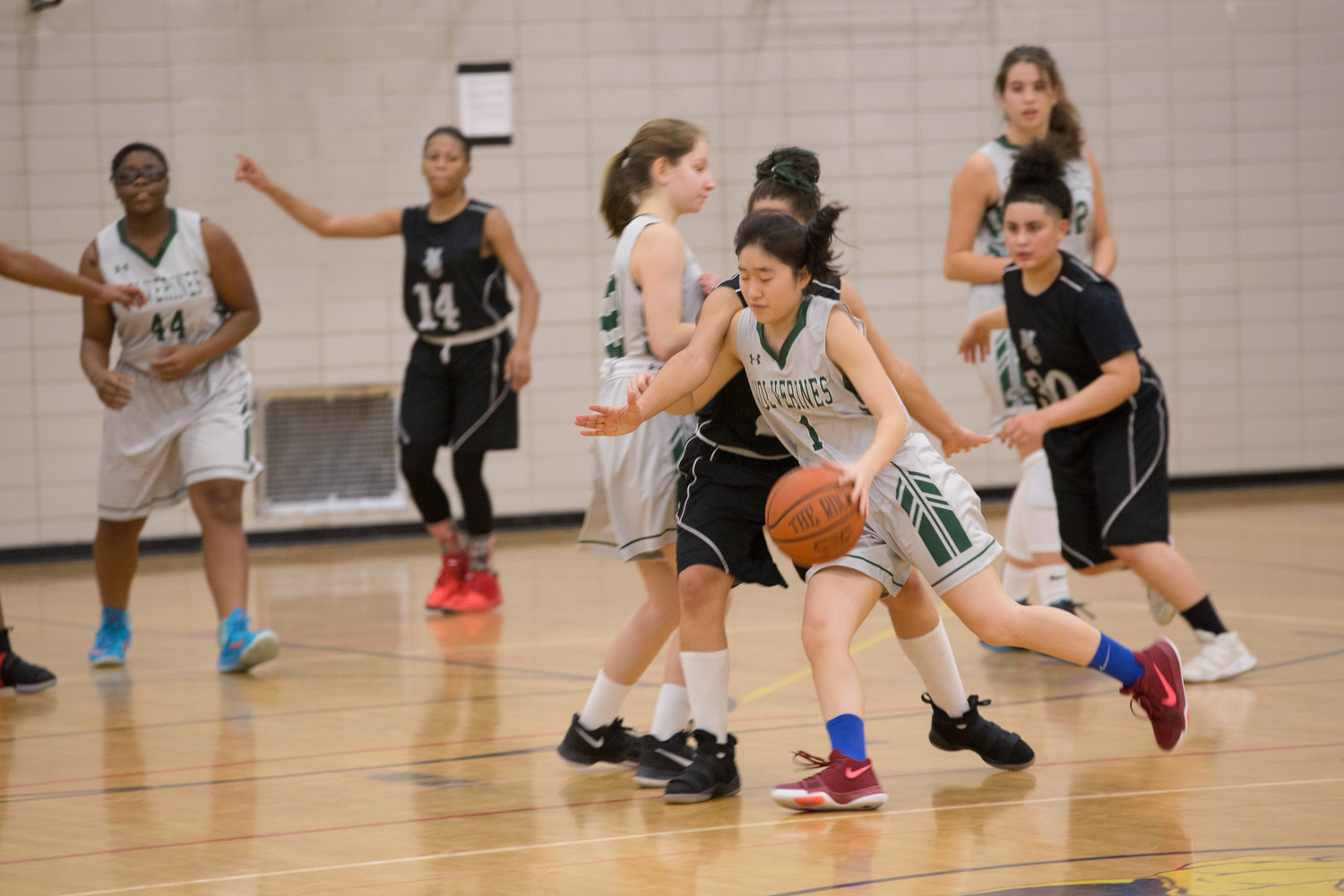 Bronx Science senior guard Michelle Kim watched her career come to an end in the Wolverines’ playoff loss to Brooklyn Community in the PSAL quarterfinals.
JULIA SCLAFANI / File
Previous Next
By SEAN BRENNAN

The Bronx Science head coach already had watched his Wolverines post 24 wins this season — a new school record — win the Bronx A South Division regular-season title by edging out old nemesis Mott Haven, and advance to the Public School Athletic League quarterfinals for the first time in quite awhile.

So as one of the last eight teams in the city still standing, Mei had high hopes for his seventh-seeded Wolverines upsetting No. 2 Brooklyn Community on the road. And initially, things looked good for Science, holding a three-point lead after the first quarter.

But then a frightful injury to star freshman guard Sarang West in the second quarter cost the Wolverines one of their top players for the remainder of the game, and it was just too much for Science to overcome. The Wolverines succumbed to Brooklyn Community, 65-53.

“She got a really ugly dislocation of the thumb,” Mei said. “It was bad. Her entire thumb was going the wrong way. It was disgusting really. And she was the pivotal piece to our game plan because she was our best weapon against all the things that they could have thrown at us.”

West was attempting to break up a Lady Lions’ fast break when she suffered the grisly injury.

“She was coming back on defense and she deflected the ball out of bounds to prevent the layup,” Mei said. “She just came out of nowhere. Then all of a sudden I saw her grab her hand and she comes running off to the sidelines to me, and that’s when I saw that her thumb was pretty severely dislocated.”

West was immediately taken to a local hospital for treatment.

“I spoke with her mom later and she told me Sarang was crying at the hospital but not because of the pain,” Mei said. “She just felt really bad that she couldn’t be there to help the team. She’s quite a gamer.”

Despite West’s loss, the Wolverines hung tough. They actually led 31-30 at halftime, and were tied at 44 heading into the fourth quarter. But then it all caught up with Science in the final period when they were outscored 21-9, and their memorable season was over.

“The girls just fought really hard,” Mei said. “We started out really well and we took their first hits, and I thought it was going to be a really interesting game. But when Sarang went down, a lot of the air left the building. The girls hung tough even though we were short-handed and they competed. But we just didn’t have enough at the end.”

Science will now say goodbye to a trio of seniors in Georgia McKay, Michelle Kim and Victoria Phang who helped the Wolverines through a very successful four-year run while also grooming the next group of leaders in the freshmen trio of West, Carolina Lopez and Lucy Del Deo.

“The freshmen couldn’t have done what they did this year without the seniors,” Mei said. “The seniors stabilized the team all year long, and without our senior captains, Georgia McKay and Michelle Kim, this season could have unraveled early.”

Now it will be up to West, Lopez and Del Deo to build on Science’s successes of the past for seasons going forward.

“I think this team will remain competitive for a lot of years to come,” Mei said. “The foundation had been laid and the talent of the freshmen speaks for itself. But they’re not perfect. They got a lot of work to do, and I’ve already spoken to each one of them about what they need to accomplish in the off-season. They need to commit themselves to strength training and hitting the weight room.

“But they know that. They understand that.”