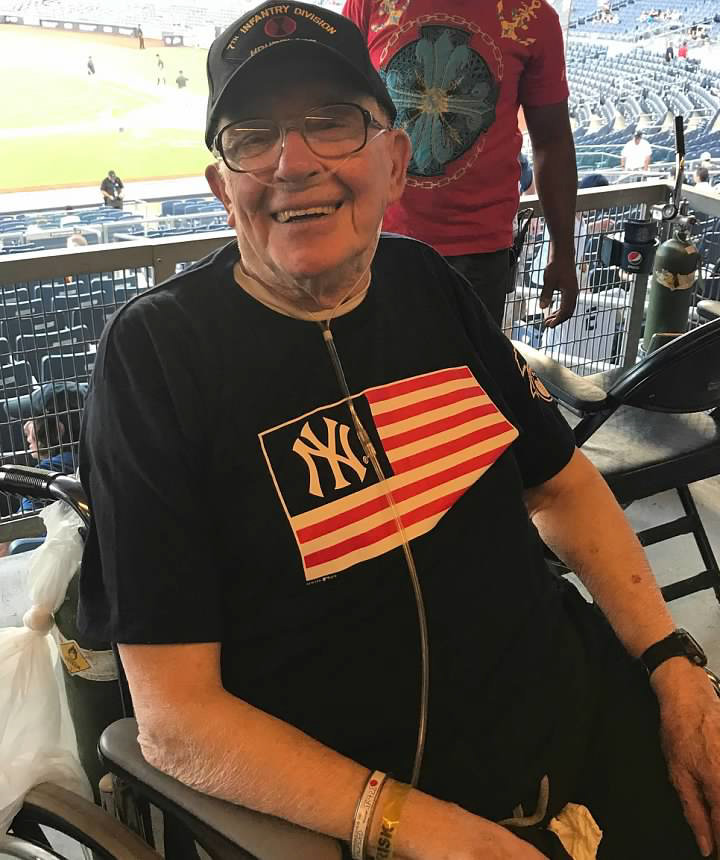 He served in the U.S. Army, 31st Infantry Regiment, with an honorable discharge in 1947.

He had a varied career working for his father running an after-school group and summer camp. Running the Schwartzie bus company, they were able to transport city kids to the country for a rewarding summer. He also worked at local businesses, including Cappy’s and Prestige Cleaners.

He married Cecile in 1954, and were inseparable until her passing in 2014.

The New York Yankees were his passion. His treasured memory was sitting in the stands while Lou Gehrig’s retirement speech sounded across the stadium. In 2018, he was honored as a veteran of the game. Being on the field with his Army picture on the Jumbotron is a memory never to be forgotten. Honored on the same field as greatest players, he felt like “the luckiest man on the face of the Earth.”

He was full of life, joking with the staff or residents, keeping up with current events, prompting avid conversations. Loved to ask you to Google, as he was always trying to find the answer to trivia, sports questions, or random information.

With a laugh genuine and full of life, no one was a better storyteller, toast-giver, which made times together memorable. He wasn’t ready for goodbye as there were still more stories to share.