Yellow jackets introduce us to fascinating world of insects 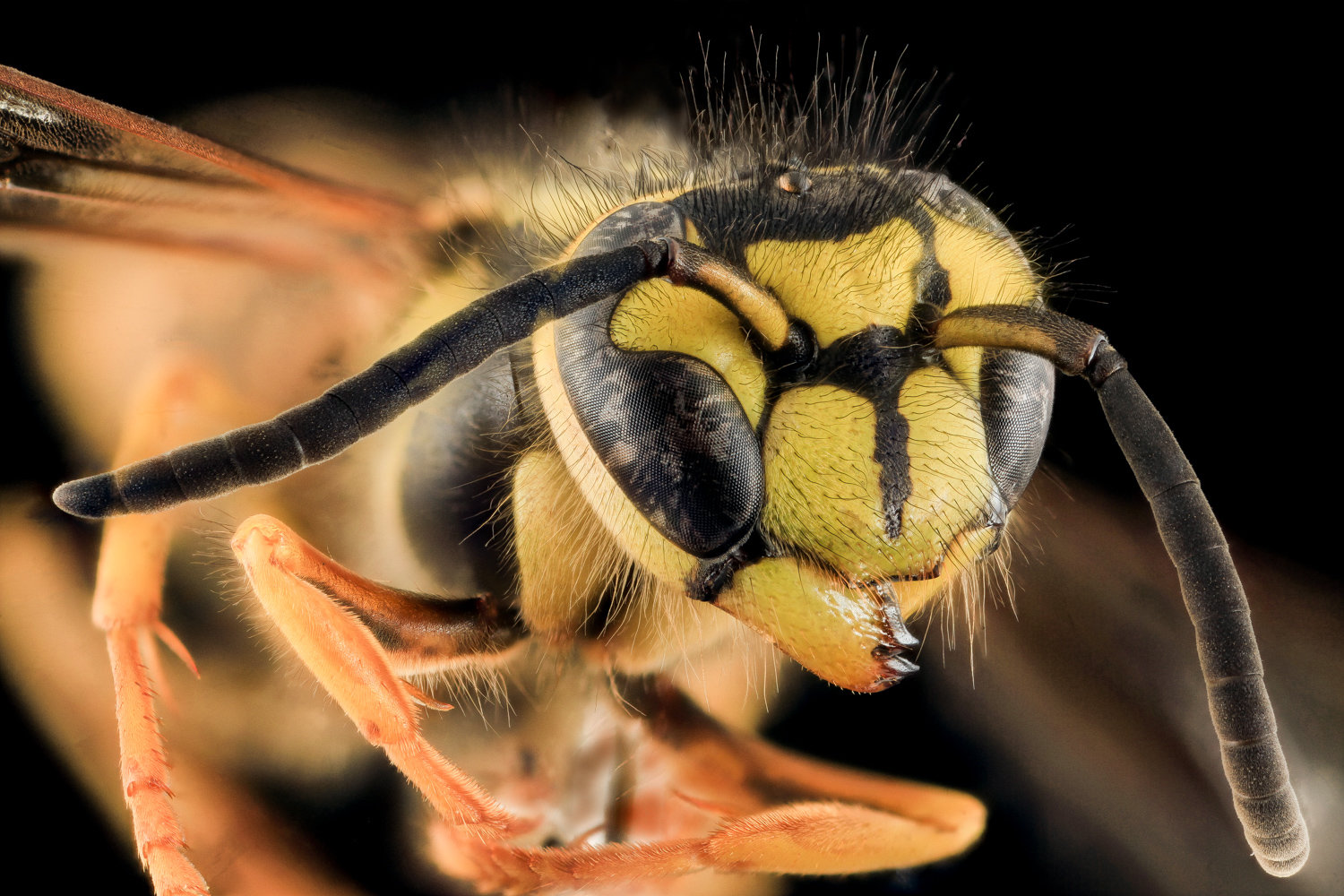 Yellow jackets aren’t bees. Instead, they’re wasps. And when we see them gives us a good idea of what time of year it is.
Courtesy of the U.S. Geological
By SURA JESELSOHN

Late summer was clearly yellow jacket season. Exactly where they spent the earlier warm months was unclear, but by late August they were buzzing around beneath the park benches, busily crawling on discarded sugary snacks.

One Saturday morning in mid-September, I was walking on Independence Avenue just north of West 239th Street when I saw an agitated group of small children with their mothers.

One boy had apparently been stung. The mothers couldn’t identify the bee type, but just told me that the bees were swarming around a group of cars parked along the sidewalk where they were walking.

Since the cars were on the east side of Independence, I crossed over to find a multitude of yellow jackets flying around and walking on the roofs and sides of four cars parked one next to the other.

Despite trepidation concerning yellow jackets, I examined the surfaces of the cars expecting to see something attractive to them. I could not see anything on the cars that would explain the phenomenon, although the bees were sweeping the surfaces with their antennae leading me to believe that food was involved.

Returning with my camera later that week, I sent off photos to my entomology guru. Yellow jackets were clearly present, but he pointed out two types of flies as well — Calliphoridae and Sarcophagidae — also crawling around, seemingly searching for something. In his opinion, their shared commonality would be animal protein, suggesting that there was some attractive substance sprayed lightly on the car surface. However, this scenario went on for weeks, and always the car in one particular parking spot hosted the bulk of winged visitors.

Calliphoridae, also known as blow flies, are those members of order Diptera which are metallic blue, green and black that buzz in flight. One member of family Calliphoridae are screw worms (genus Cochliomyia), which were a major livestock threat in the New World as the larvae would invade wounds and eat living flesh.

It was eradicated through the sterile insect technique developed by Edward Knipling and Raymond Bushland. This fascinating technique involves releasing huge numbers of sterilized males, which outcompete normal males so no progeny will result. In a strange twist, some larvae are now raised for medical use — maggot debridement therapy — where they selectively clean wounds of dead tissue.

Sarcophagidae, known as flesh flies, are also members of order Diptera, with brighter red eyes than the Calliphoridae having black-and-white longitudinal stripes on the thorax. Instead of laying eggs, they utilize a process called “ovoviviparity,” meaning that the eggs are retained within the female’s body until they hatch and the larvae are then deposited on dung, carrion as well as open wounds of animals.

But what of our yellow jackets? First of all they are wasps (order Hymenoptera, genus Vespula or Dolichovespula), not bees. Differences between wasps and bees include:

• Wasps are shiny with a smooth surface while bees are hairy.

• Yellow jackets are very aggressive and are capable of stinging more than once since the stinger is not barbed and can therefore slide out of the victim’s body for another attack.

While honeybees overwinter with their queen, all yellow jackets, including the current queen, die in the fall. Only a newly fertilized queen survives the winter in some protected place such as under bark, in a hollow log or soil cavity. In the spring, she will emerge and create a new colony in a small nest of her own manufacture complete with sterile worker females, males and eventually a replacement queen.

The Jewish holiday of Sukkot recently ended. Yellow jackets are the bane of this holiday as people sit in their sukkot (temporary huts built outside especially for the holiday).  In the evening when people are eating dinner in their sukkot, they are free of insects. However, in the afternoon, when the temperatures are higher, yellow jackets frequently become unwelcome guests.

My solution makes use of the attraction that yellow jackets have to meat (as well as sugar). I simply place several small plates at a distance around the sukkot, each containing raw meat. These act as decoys and we are left to enjoy our meals in peace.

Usually I like to tie my columns into real time, so if readers want to check out the local phenomenon on their own, they can. Those West 239th yellow jackets were swarming for weeks. However, with the advent of cold weather, they finally disappeared, but a neighbor tells me that she must have a nest in the walls of her house since numerous yellow jackets have been making their presence know in various rooms during the day.

While they are relatively lethargic and easily disposed of, she is understandably perturbed!