Zen and the art of motorcycle safety 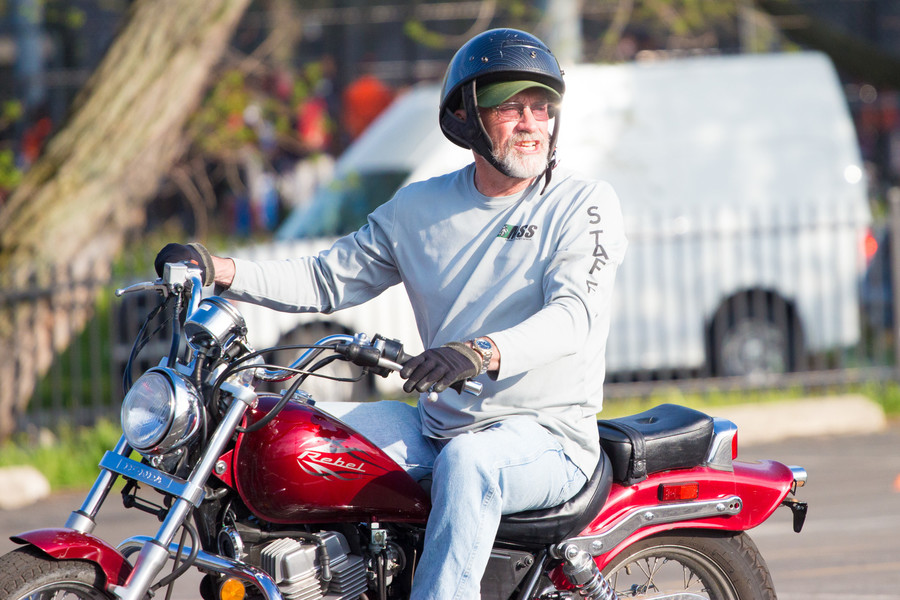 Motorcycle instructor Jimmy Walsh hops onto a Honda Rebel, which the school uses to teach beginners, to show his students how to ride around Lehman College’s north parking lot.
Aaron Mayorga 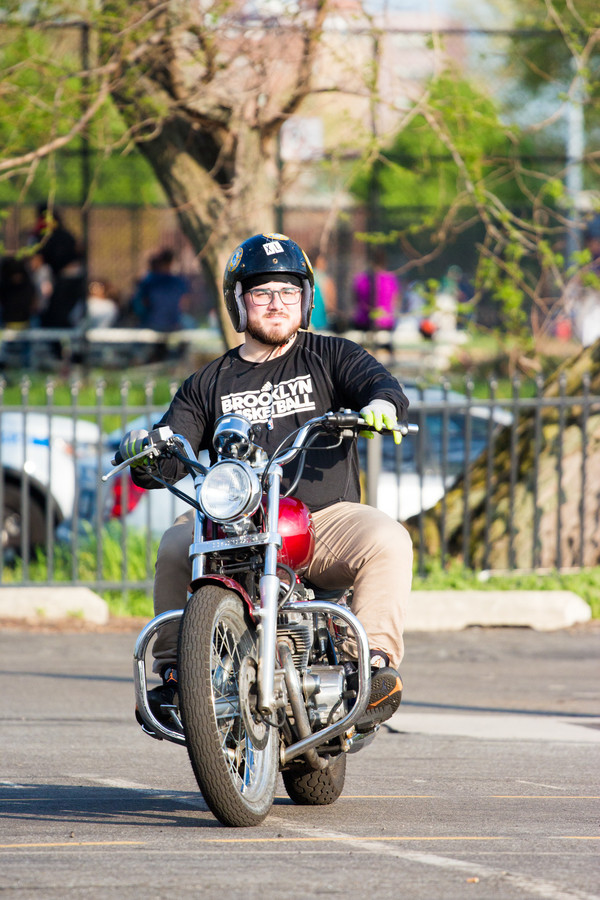 Press reporter Anthony Capote rides a Honda Rebel at the end of his introductory lesson at Motorcycle Safety School, which offers classes in the north parking lot of Lehman College.
Aaron Mayorga 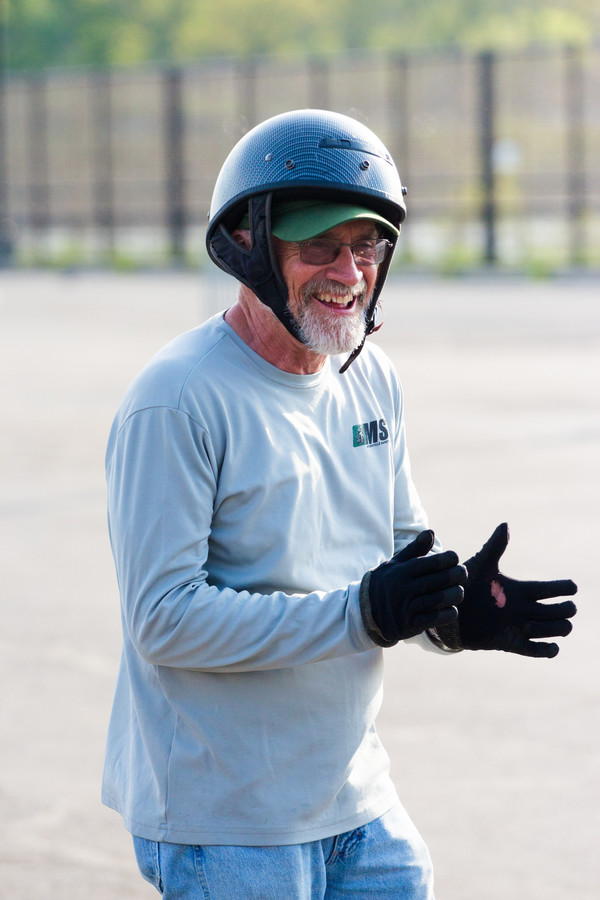 The Motorcycle Safety School, which offers students courses in three different locations in the Bronx, Brooklyn and Staten Island, offered The Press a free introductory safety course last week. This is a first-person account from reporter Anthony Capote of that experience.

My entire life people told me to stay away from motorcycles.

“They’re too dangerous,” my mother would always tell me. “You’ll shoot your eye out.”

In fairness to my mother, she didn’t necessarily want to sound like Ralphie’s mom from “A Christmas Story.” But I was a clumsy kid, prone toward accidents.

In fact, in my first experience was with a mini-motorcycle my cousins had  somehow convinced their parents into buying them. I burned my leg on the exhaust before I could even start really hurting myself riding on their empty residential street lined only with a few speed bumps (I hurt myself on those, too).

So the Brooklyn-based Motorcycle Safety School offered me a free introductory motorcycle course at their Lehman College campus as a means of promoting a number of Harley-Davidson motorcycles they were adding to their fleet,

Last weekend I met instructor Jimmy Walsh on the Lehman campus, along with fellow first-timers Annonciade Giordano and Johan Gomez, each who forked over $90 for the course.

“One thing you’re going to learn about me is I’m very passionate about teaching,” Walsh told us. “I love what I do and I love it when people finally get to put their feet up and ride.”

Every now and again you meet somebody doing exactly what they’re supposed to do. Walsh — who taught us using some older Honda motorcycles so as not to damage the new Harleys — is one of those people. His stark white goatee and wrinkled face send more of an “I live on the beach, please don’t bother me” message than that of somebody who has been riding motorcycles since he was in grammar school.

“My dad used to teach the local police to ride,” Walsh said at the start of his lesson. “Not everyone is like me, where my dad would take me out at 13, and say, ‘Yeah, Jimmy, go ahead and hit the throttle on the jump. OK. Great stuff — Don’t tell your mother.’”

Our lesson started with an icebreaker, during which Walsh asked us about ourselves and why we wanted to learn to ride. After a quick explanation of the controls — learning the difference between a throttle, a clutch and a brake — and a quick fitting for a helmet, we were ready to ride.

I think a bit of me thought riding a motorcycle would be easy. I mean, I must have seen Bruce Willis ride that chopper at the end of “Pulp Fiction” a lot.

Walsh spent the better part of an hour teaching us the controls, assuring we’d be ready and safe when we were finally able to actually turn the Harleys on.

“In my thousands of lessons, I have learned that your brain will work better if I make you say each of the three controls twice,” he said. “And then we’re going to power walk, and if you’re lucky, I’ll let you ride for a little bit.”

The lesson ran for a little more than an hour before Walsh glanced around, as if he was looking for anyone who would be mad at him.

“All right guys, maybe I’ll let you go for a little ride,” he said, nearly whispering.

Now, either our instructor was a psychic, or I was really just that bad. But he let me ride last, probably so I could watch my classmates give it the old college try before giving it a go myself.

My first attempt at picking up my feet did not go very well.

“Tony, hold on. Tony, you’re all over the place my man,” I heard Walsh yell at me from across Lehman’s north parking lot. “Tony, you’re not going fast enough. OK. All right, Just stop and put the bike in neutral.”

But as any good teacher often does when a student doesn’t understand the material, Walsh made my task harder: Riding an even longer distance than I had just botched.

“Tony, you can do this, man,” he assured me. “Just do exactly what I taught you.”

And sure enough, it worked.

I was topping speeds of 6 mph, the wind flowing through my beard. I felt like I was in a Bon Jovi music video.

Motorcycle Safety School offers courses at Lehman from about mid-March through late-December each year. They’re held on weekends when Lehman itself is in session, but new riders are taught daily during the summer.