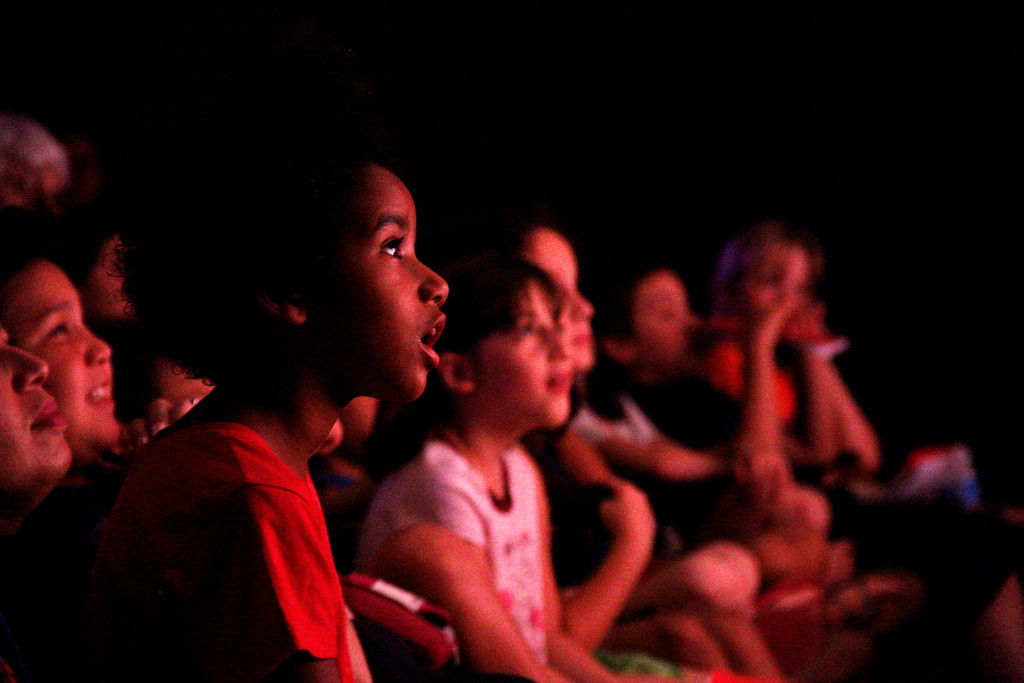 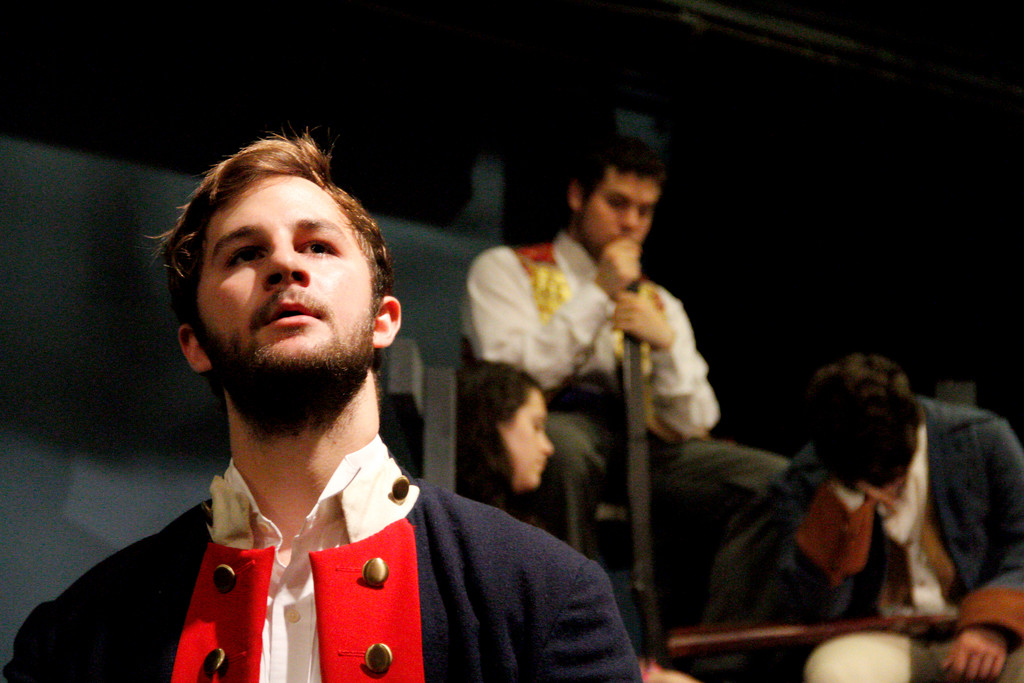 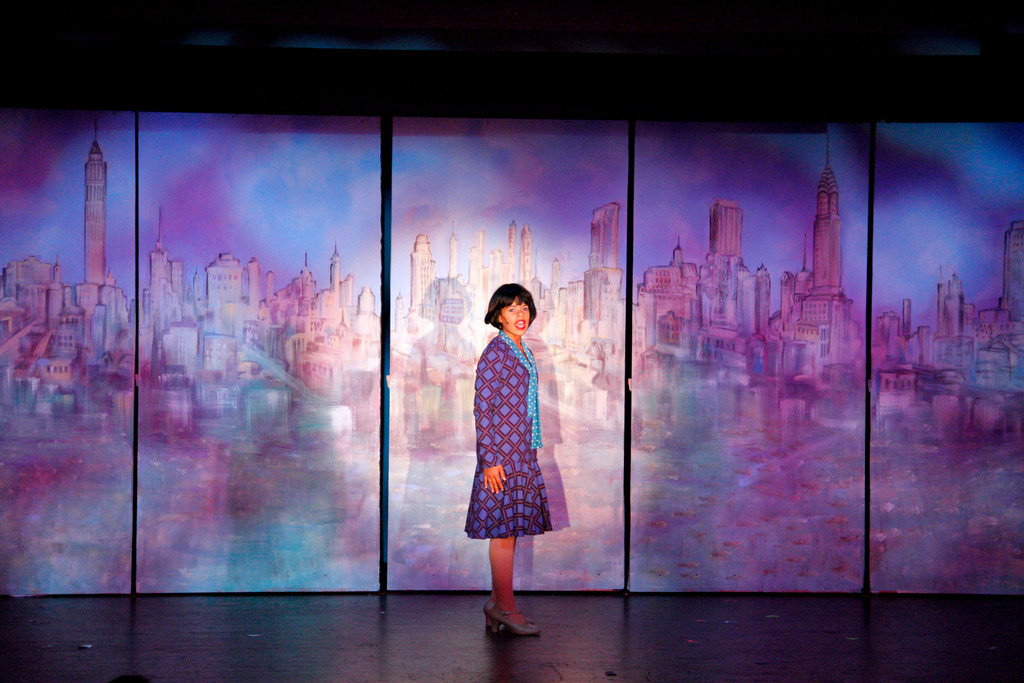 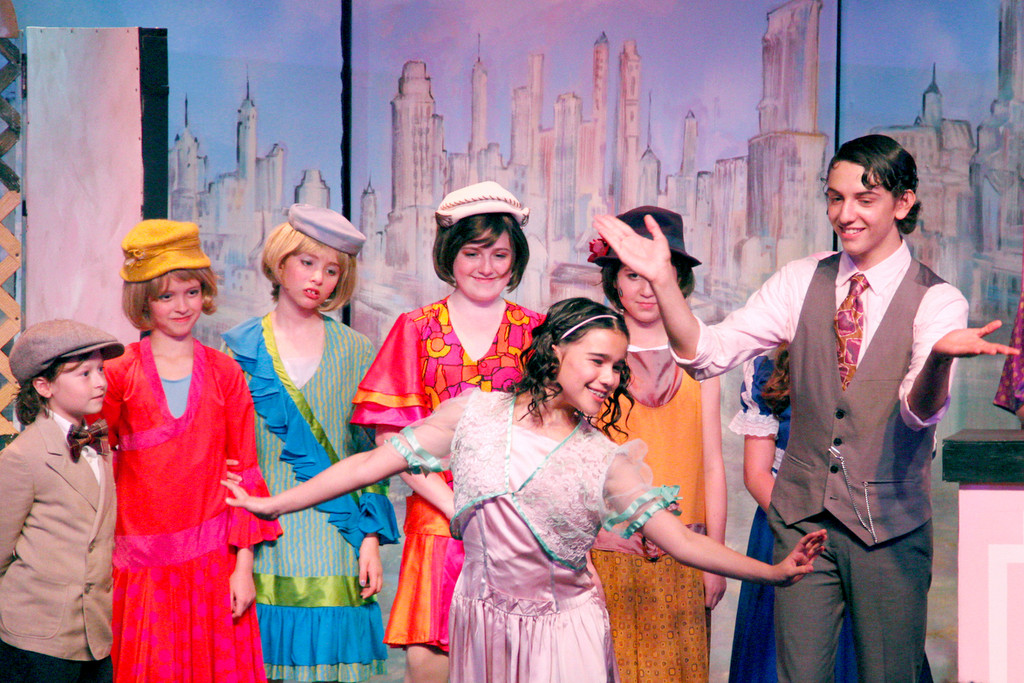 Riverdale Rising Stars performers bow at the end of their performance at the Riverdale YM-YWHA on Aug. 7.
Theophil Syslo / The Riverdale Press 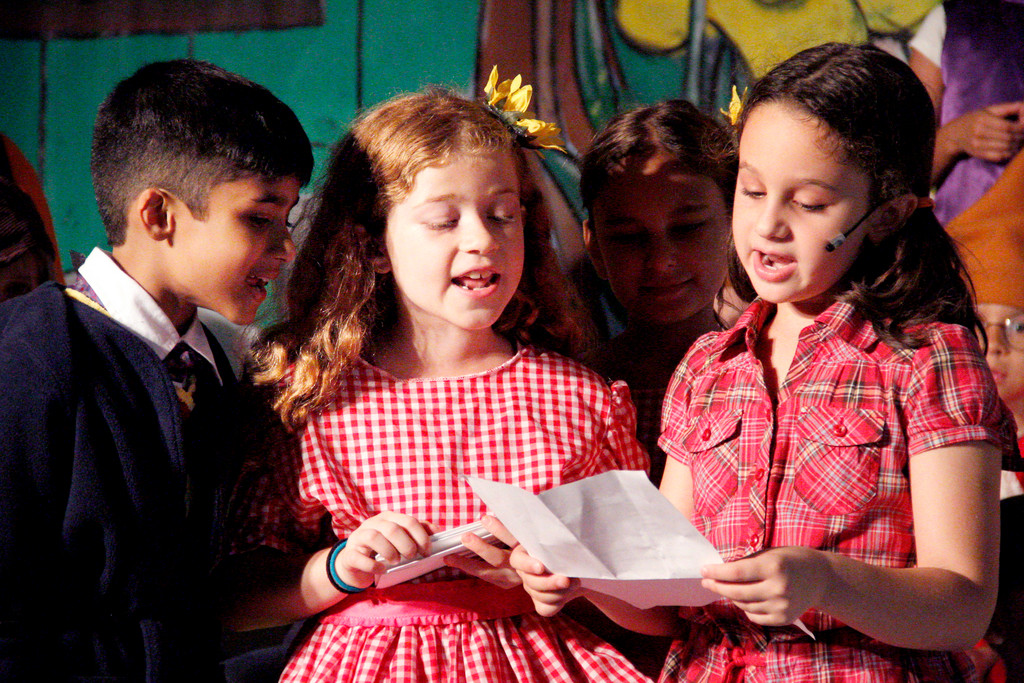 Riverdale Rising Stars Summer Camp Broadway On the Hudson presents 'A Year With Frog and Toad Kids' with, from left to right, Shiv Pai as Frog, Olivia Santo as Bird and Samantha Trombone as Toad.
Theophil Syslo / The Riverdale Press
Previous Next
By Adam Wisnieski

The Riverdale Y was hopping on Sunday and tap dancing, too.

Riverdale Rising Stars Summer Camp and Broadway on the Hudson presented two plays from theater campers at the Riverdale YM-YWHA: A Year With Frog and Toad Kids and Thoroughly Modern Millie Jr.

Campers ages 6 to 9 acted out a year in the life of Arnold Lobel’s famous characters from his Frog and Toad book series, followed by 9 to 14 year olds presenting the story of Millie Dillmount, based on the popular 1967 Julie Andrews Movie.

Thoroughly Modern Millie Jr. is a musical comedy about Millie, played by Isabel Rodriguez, who moves to New York City in the early 1920s to start a new life for herself and falls in love with Jimmy, played by Jonah Barricklo, a young paperclip salesman. Their love story is tangled in a narrative about an evil hotel owner who is running a white slavery ring, with the help of two Chinese henchmen.

Sam Backer and Jessi McGlashan spoke Chinese in tbrheir portrayals of the two henchman(Subtitles were displayed on a screen above the stage). Zoe Wilson received tremendous applause for her portrayal of the hotel owner, Mrs. Meers. Her line, “Sad to be all alone in the world” best sums up the tale of finding true love.

The audience, full of parents, siblings and friends, laughed wildly at what director Richard Amelius called the show’s “zany characters.” Though for all the laughs, there  were also tons of oohs and aahs as the children acted out love-related problems more likely to plague people in an older age bracket.

The children in the Broadway on the Hudson theater camp rehearsed for two hours every morning for four weeks leading up to the performance. Mr. Amelius said it was difficult to get so much work done in so little time, but that the performance — complete with tap dancing, complicated choreography and set changes — was excellent.

“I was very impressed, but the important thing is they seemed to look like they were having a good time,” Mr. Rudin said, adding that though it was his first Riverdale Y show, he’ll be coming back.

Fans will get that chance beginning on Thursday, Aug. 11, at 7:30 p.m., as the Riverdale Rising Stars open Les Miserables, School Edition. The show runs through Aug. 20. For more information, go to www.riverdaley.org.

“It’s really exciting. I think it’s going to be one of the best things we’ve ever had on this stage,” Laurie Walton, director of performing arts at the Y, said.

For more information on showtimes, go to A9.